On Untappd Ratings and the Gamification of Beer 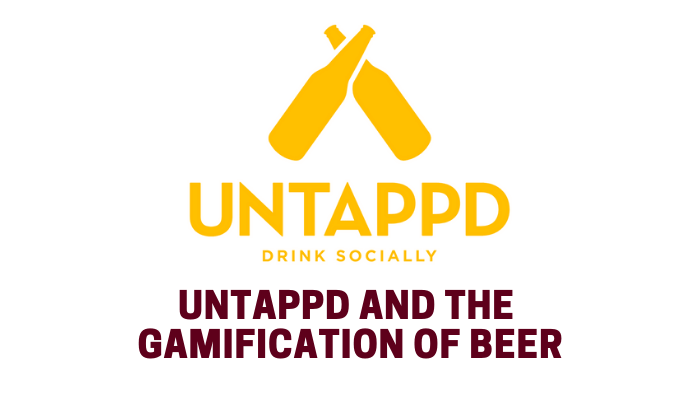 I’ve been an Untappd user since 2016 and have lived in Hackney (Untappd Hotspot) as well as out in Surrey (Untappd deadzone) during this time. Very different in terms of ‘trending beers’ and ‘trending venues’. In normal times ‘trending’ statistics are often driven by events or new releases. Out in the sticks not so much, as there’s just not that many people using the app, and not many trendy venues to check in to.

According to the piece, London check-in’s fell by 28% in 2020, but it remains its top market. Likely this is due to the Covid effect rather than any downtrend – to be honest, I would have expected a greater drop. It will be interesting to see what happens to these numbers when the beer bars can reopen properly in June 2021.

Overall, I have found the mobile app useful in my beer journey, both in discovering new styles and in tracking dates I visited places (useful when writing a blog). I may write a brief thought on the beer (there is limited space) or comment on the location. However, I don’t generally check in every beer I sample at a festival or check in multiple of the same beers on the same evening or pub visit. Getting your phone out to ‘check in’ gets in the way of social interaction – sometimes it is best to avoid getting a few strange looks or even worse, upsetting your partner.

As for earning badges, and the Gamification of drinking, I must admit I am a sucker for a badge – I have 2,452! I’m currently trying Gueze and Flanders Red styles and recently picked up some Austrian beers from my local Bottleshop, Hop Stop, to get the Austrian badge.

I find that badges have encouraged me to try styles and get to know types of beer I might otherwise overlook. I even took part in an Untapped Virtual Beer Festival last year, earning yet another unique badge.

The Problem with Untappd Ratings

The article has statistics on the styles of beers which get good ratings by users of the app, with big hoppy IPAs, Imperial Stouts and heavily fruited sours scoring very highly compared to lagers.

But this doesn’t necessarily reflect what people think are the ‘best’ beers. Your 4.3 rated high-ABV imperial stout may be an occasional, annual or one-off beer, costing £10-15. It’s also – likely due to scarcity or cost – a one-off purchase. It may be stored for a longer time than your regular mass-market lager. It may lose the brewery money in time, ingredients or more.

If it costs you a lot, and you’ve saved it for a while to share or as a special occasion treat, you’re more likely to take time to savour it, analyse it and appreciate it.

However, your 3.3 scoring lager (the awesome Pilsner Urquell, for example) may be a regular purchase, and that purchase could be a crate of 24 or even better, 48.

You’d smash down a few lagers and not think as hard. Maybe you’ve had a hard day, you don’t want to spend time appreciating the beer. You want to appreciate the art of relaxing the mind. You may check one in, but the next 3 cans? Unlikely. But you like the beer, and you’d buy it again, in quantity.

Local to me is the Hop Stop Bottleshop, who as well as a their small Oxted-based beer shop, also have a beer bar in nearby Reigate.

I thought Hop Stop’s bar used a display which showed Untappd ratings, but after speaking to owner Mike, he revealed it is an in-house solution. Although they did use Untappd’s premium service for bars, this has lapsed as they’ve shut the doors of the bar for lockdown.

I asked Mike if they’ve used apps like Untappd to select beers, and he said they mainly use it as an information source for their weekly order form. Hop Stop stocks a wide range of styles and beers from different regions, including lots of great lager and classic English ales – both types of beer which are not too hot on the Untappd global rating lists.

There’s a difference between buzz, hype, perceived popularity and actual popularity and how important a beer really is. A crazy, unusual beer which has 100 beer geeks foaming at the mouth to give good scores is not really comparable to a good quality lager that is sold by the caseload – both in terms of drinkability, profit or in actual impact on a wide scale.

Evolution Could be a Solution

I’d say, to improve matters, the beer ratings in Untappd could also consider the style somehow. This is something that Vivino, the wine app does. It says how the wine (by vintage) scores against other wines of the region. So, for example it may say the wine is in the top 10% of wines from a specific region at that price point.

Of course, wine is quite different to beer, and has a greater sense of place and vintage, for the most part. Still, as beer gets taken more seriously, especially in terms of the pricing of special beers, this is something which Untappd could develop.

If the best rated Imperial Stout is rating 4.6 and the best Kolsch is 4.1, then any Kolsch getting high 3’s and even 4’s is likely to be very good indeed compared to others of the style. Still, Kolsch is not just a style, it’s a way of life and when drinking fresh in Cologne alongside a pork knuckle, I’d give it five out of five all day long.

What’s good to see is that many awesome breweries in the UK ignore such silly ratings chasing craziness and continue to pump out great lagers, some even specialising in them completely, like Utopian.

My hope is that as bars and pubs reopen in the UK this year that they do not follow US trends in placing too much emphasis on Untappd scores. This also goes for breweries creating strange trendy beers just to seek high scores or improve their average. That’s not cool, and surely can’t be good for business or good for consumers in the long run.