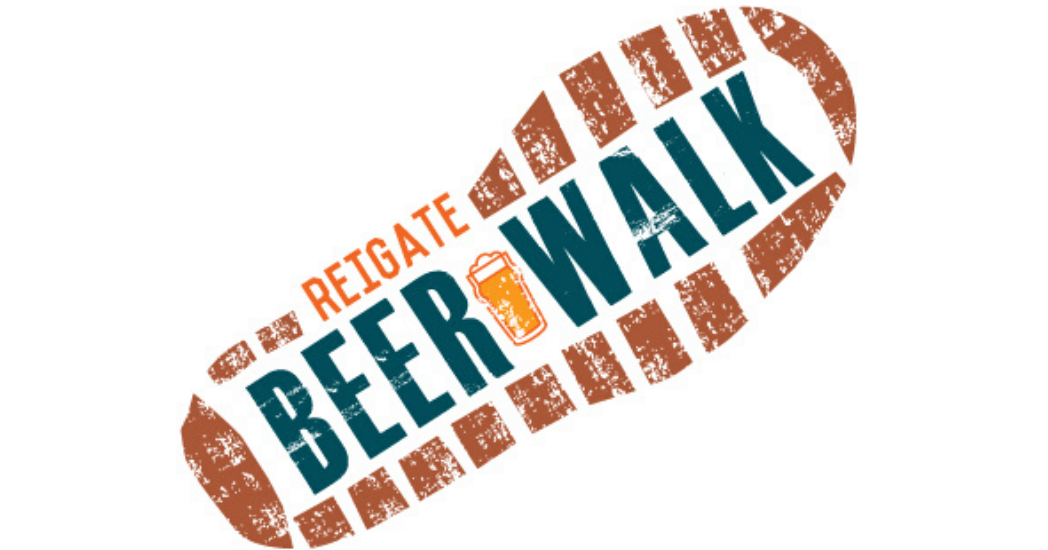 When you hit the books and delve into brewing history, you find all kinds of connections between politics, business and culture.

However, there’s no substitute for actually visiting places to bring the past to life.

I got the chance to do so on the Reigate Beer Walk with a couple of friends. No, it’s not a pub crawl – the ‘walk’ involves a (thankfully) short walking tour between beer tastings.

First, the group were introduced to Crumbs brewing from Chief Crumber, Morgan Arnell. He presented four Crumbs beers alongside the bread used in the brewing process.

The Crumbs Brewery takes leftover bread from the artisan Chalk Hills Bakery and uses it for flavour and for some of the malt bill. Similar to Toast brewery, but slightly more choosy in what they take. 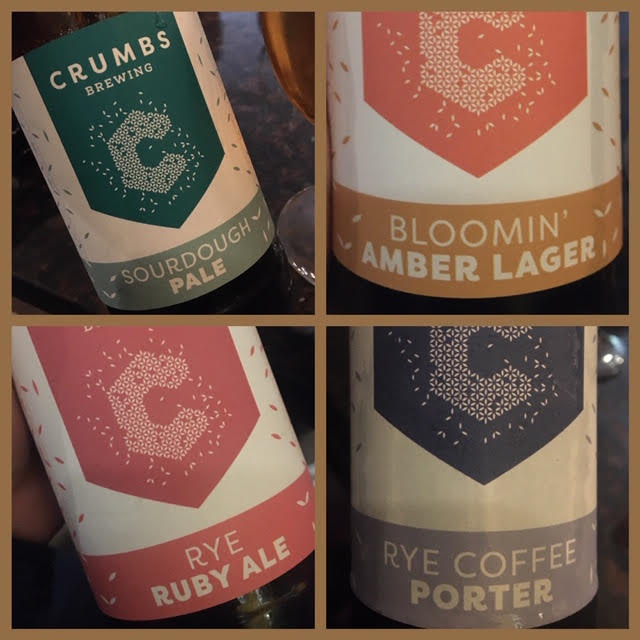 All these were a hit, with lots of flavour and complexity. I especially liked the Rye Coffee Porter, which also uses a small amount of spent coffee grains.

After making our way through these beers the group braved the rainy streets for our history lesson.

At one stage Reigate had many alehouses and breweries in the town, eventually, after mergers being absorbed by Mellersh and Neale, the dominant town brewer. At one stage this brewery had their own well to obtain the region’s excellent water directly, as well as storing beer for maturation in Reigates’ ‘Caves’.

Eventually, this old, regional brewery was bought, closed and eventually fell into disrepair. As we ambled round the town finding shelter from the inclement weather where possible we obtained fascinating glimpses into clues which indicated the industrial past.

Brewing at Reigate did eventually return, with the centrally located Pilgrim brewery once again filling the town with brewing aroma since 1981, which makes it the oldest craft brewery in the South East. 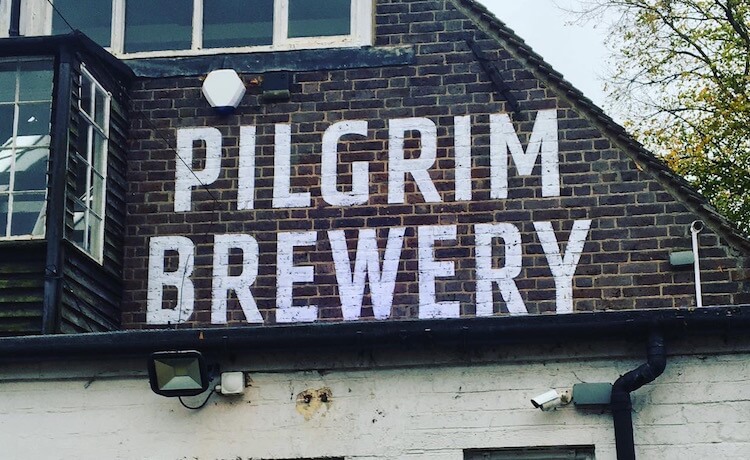 This made Pilgrim the ideal final stop for our thirsty group. The brewery was setup for a 30th birthday for one of their brewers, but there was still just enough room for us amongst their sandwiches, sausage rolls and balloons to receive a brewing lesson.

Surrounded by pre-poured beer and food, I feel that this part of the tour would have been improved with giving a taster on arrival to the guests. As it was, we had to stare at a row of samples for some time before we got stuck in!

The brewery was purchased by new owners in 2017 who have built on the solid, traditional reputation of the existing brewery by rebranding, adding a taproom and expanding the range to more ‘craft’ beers. 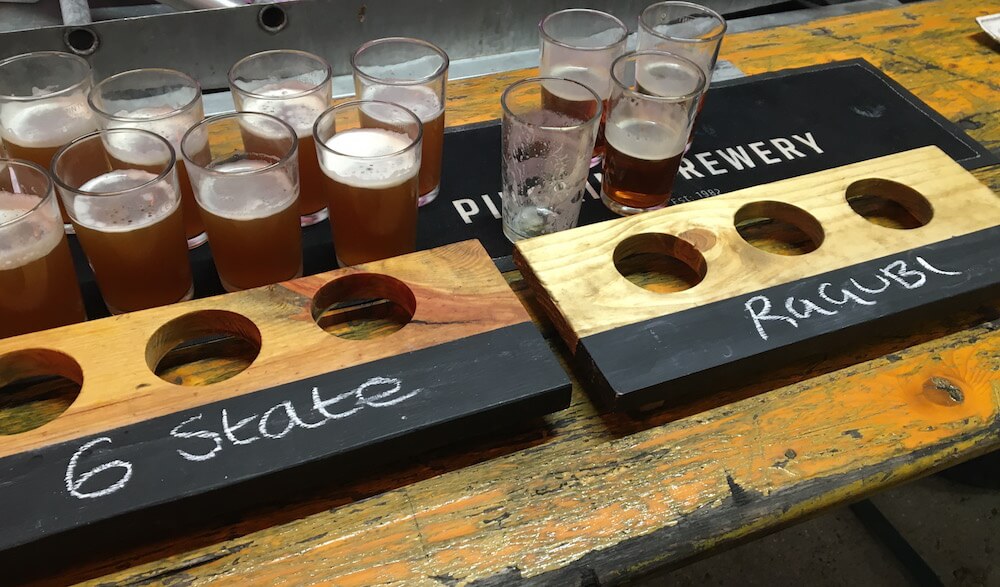 The three beers showed excellent variety. Ragubi was an interesting English bitter brewed with Japanese hops for the rugby (Less said about the mornings’ final, the better). 6 State was an ever popular New England IPA, which I found had excellent drinkability and balance for a NEIPA – likely improved further from drinking at the source. 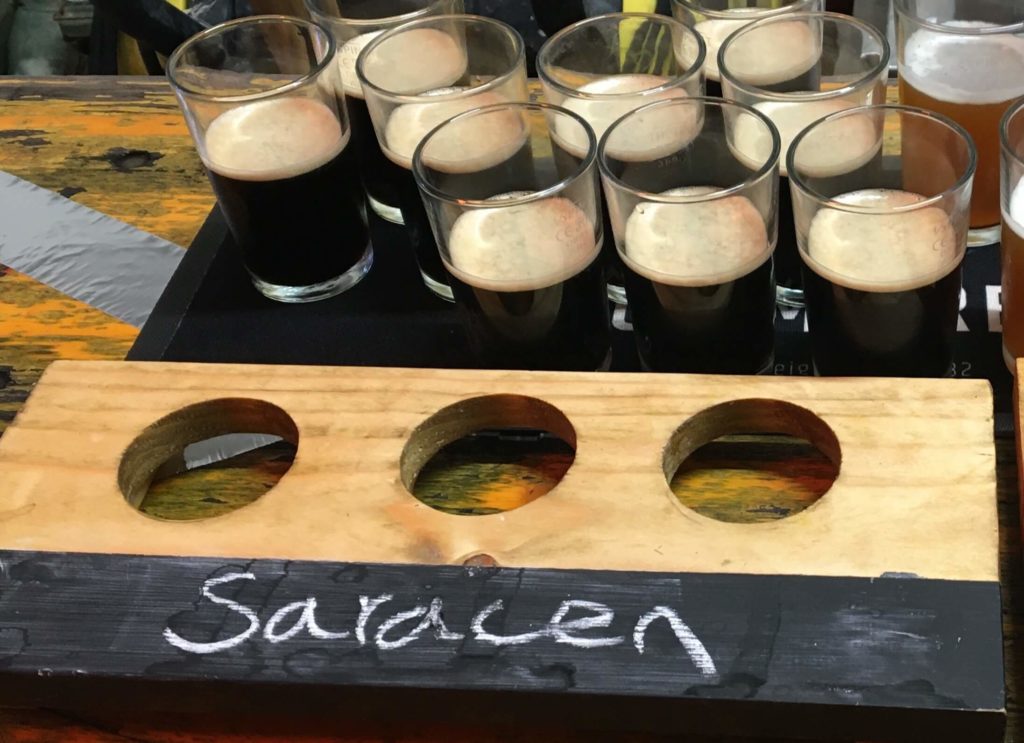 The Saracen stout was fantastic, very smooth from the use of oats, with coffee and chocolate flavours. Ducking into the adjoining Taproom was a great way to finish the walk to drink some more beer. 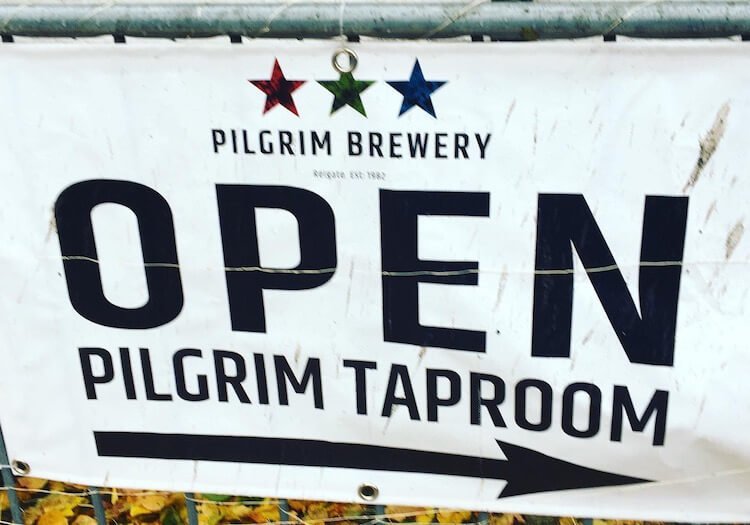 The Reigate Beer Walk costs £20, and lasts around two hours. More dates will be added when the weather warms up in 2020!