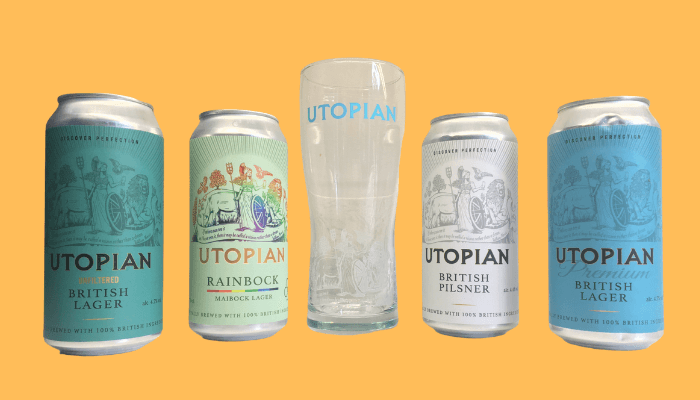 Lager is something I don’t often drink in pubs, mostly going for real ale or kegged craft pale ales.

However, I do like to have a stash of lager at home – and as the COVID world now means I’m always at home, I’ve tried to ensure I always have some!

So I was happy when Craft Beer Hour of may involved a new dedicated British Lager Brewery – Utopian.

Utopian are relatively new on the scene, being formed in 2018 and have a cutting edge brewery based in Devon. By all accounts, the experienced team seem to appear to know what they are doing so it’s likely we’ll be hearing a lot about them in future.

The brewmaster, Jeremy Swainson has some chops – he trained and qualified in Munich, and has also headed up a team at craft lager pioneers Camden before utopian convinced him to join the team in the West Country.

Many have tried to cut through macro lager’s market dominance to some success, but Utopian have a clear direction which appeals – they only use British Malt and Hops. Something many mainstream lagers have claimed, but do not deliver in terms of ingredients, flavour or heritage.

But before making any impact on the mainstream it makes business sense to appeal to craft drinkers who will pay for quality lager.

For Craft Beer Hour they had a fantastic offer – 4 beers and a glass for £20 including delivery and VAT. This got snapped up by a lot of folks, so well done Tom at Craft Beer Hour for sorting this.

The glass itself is great, with an etched base to generate those all important bubbles. The beers are not quite as lively as a German lager, but the gentler carbonation works well and is preferable to overdoing the forced CO2.

The can design is uniform across the range, with the main image evoking Britishness. I’d say it will not scare off any lager fans and it has clear labelling which is simple to decipher. I can image this can make a difference in a pub scenario.

But most important are the beers! 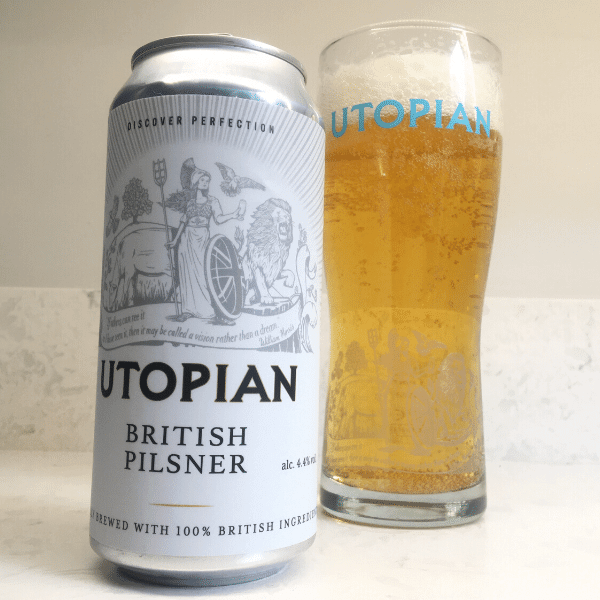 This pilsner uses British Jester hops, which I’ve previously enjoyed on a few ales. I didn’t quite get the same flavours come through here, but it was crisp and dry. Delicious.
3.75/5 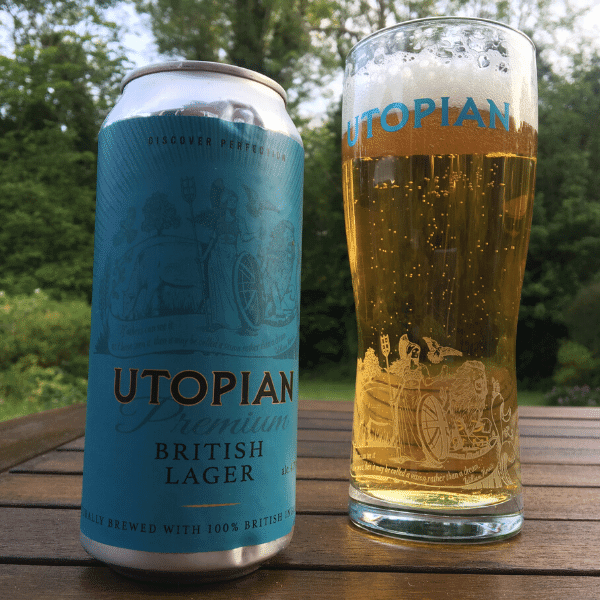 This golden lager has a rounded, fuller body compared to the Pilsner, and seemed to bring the malt to the fore with typical bready lager flavours. It felt full compared to many lighter lagers. Sweeter than the Unfiltered and the Pilsner, and probably the most approachable for macro lager drinkers.
4/5 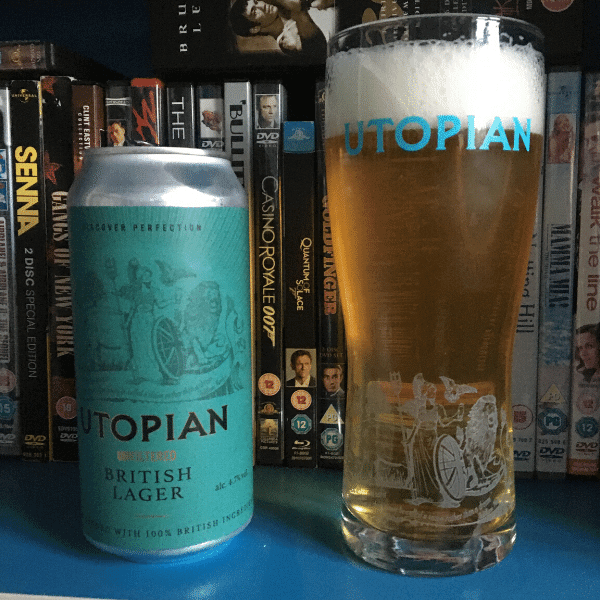 This Unfiltered version of the British Lager recently won bronze in a recent SIBA judging and is a hazy Helles style lager. It’s brewed to the same recipe as the British Lager. Is slightly spicier and with a thicker mouthfeel than the filtered version. If I manage to make it down to Devon, I’ll certainly look to drink this at the source.
4.25/5 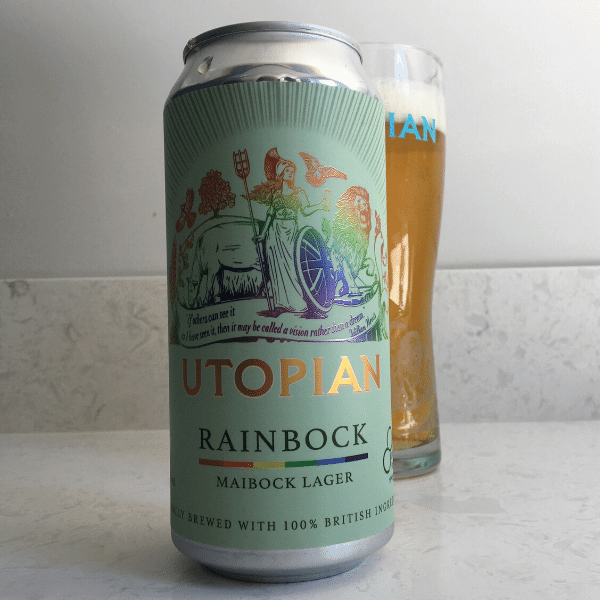 This is an unusual style to see in the UK – it’s a Maibock style beer. These are beers which are traditionally ready for Spring after being brewed in winter. This has been matured for a whopping 10 weeks and features the British Boadicea hop. £1 per can sold is donated to the Devon Community Foundation, specifically for their Coronavirus response fund. Full-bodied and balanced. I liked the novelty, but I feel like at these percentages lager tends to go too sweet for my palate. I’d certainly revisit though.
3.75/5

It’s exciting to see styles such as Maibocks, Dark Lagers and Unfiltered Lagers from a UK brewery, and the quality on offer here could change many beer drinkers perception of what lager is and can be – all without a trip to Germany.