There’s a Beer for That Campaign: Matching Beer to Grub 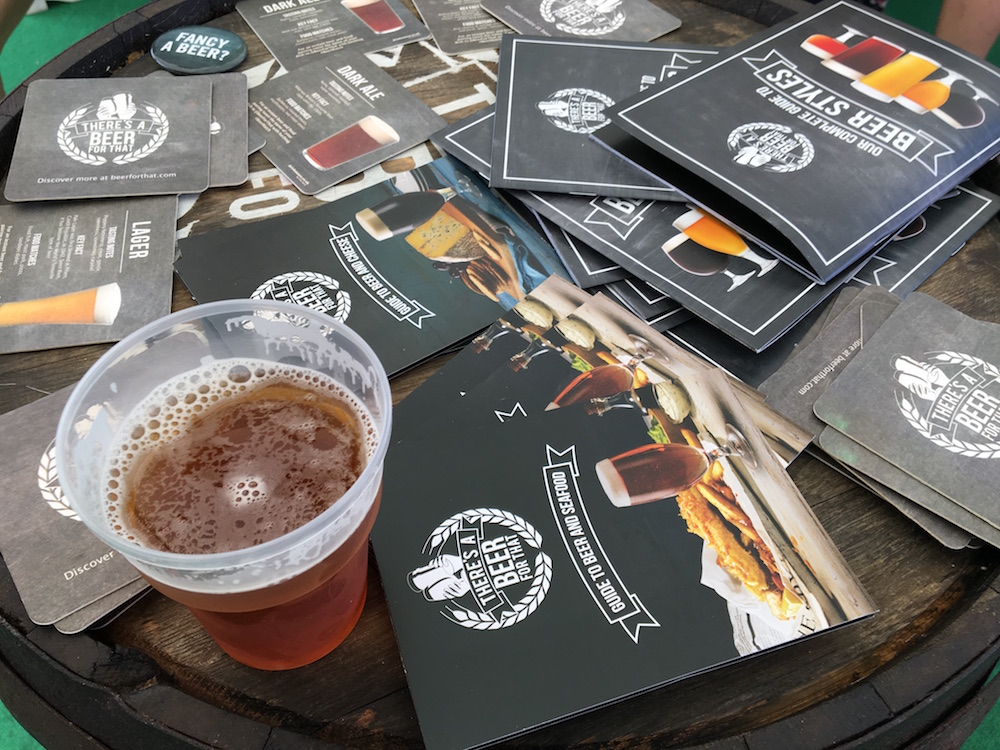 At last month’s foodies fest I watched a short demonstration of food and beer pairing from the folks from the ‘There’s a beer for that‘ campaign. 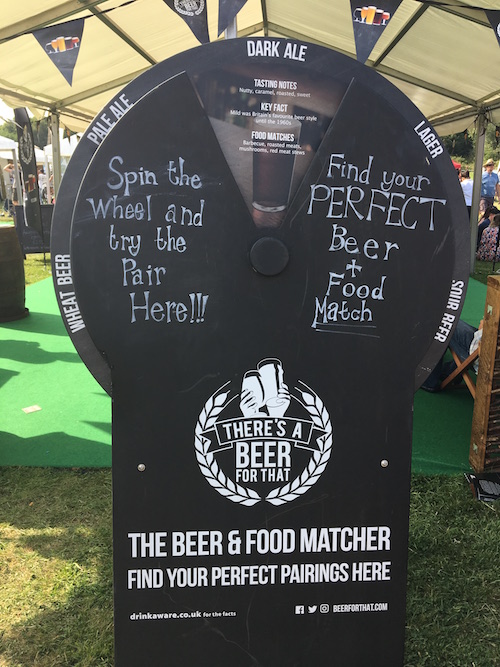 All hail the giant food and beer matchatron

I joined a beer and food taster session, where they explained a little about the campaign and did a pop-quiz on the ingredients of beer.

They then brought round glasses filled with Hogs Back’s TEA (Traditional English Ale) to see how it paired with an onion bhaji.

Verdict: Pretty tasty, with the spice of the bhaji nicely complimented by the ale.

More adventurous pairings were on offer at their bar, which could be bought to try for yourself…I was definitely tempted by the stout/chocolate/cherry combos. 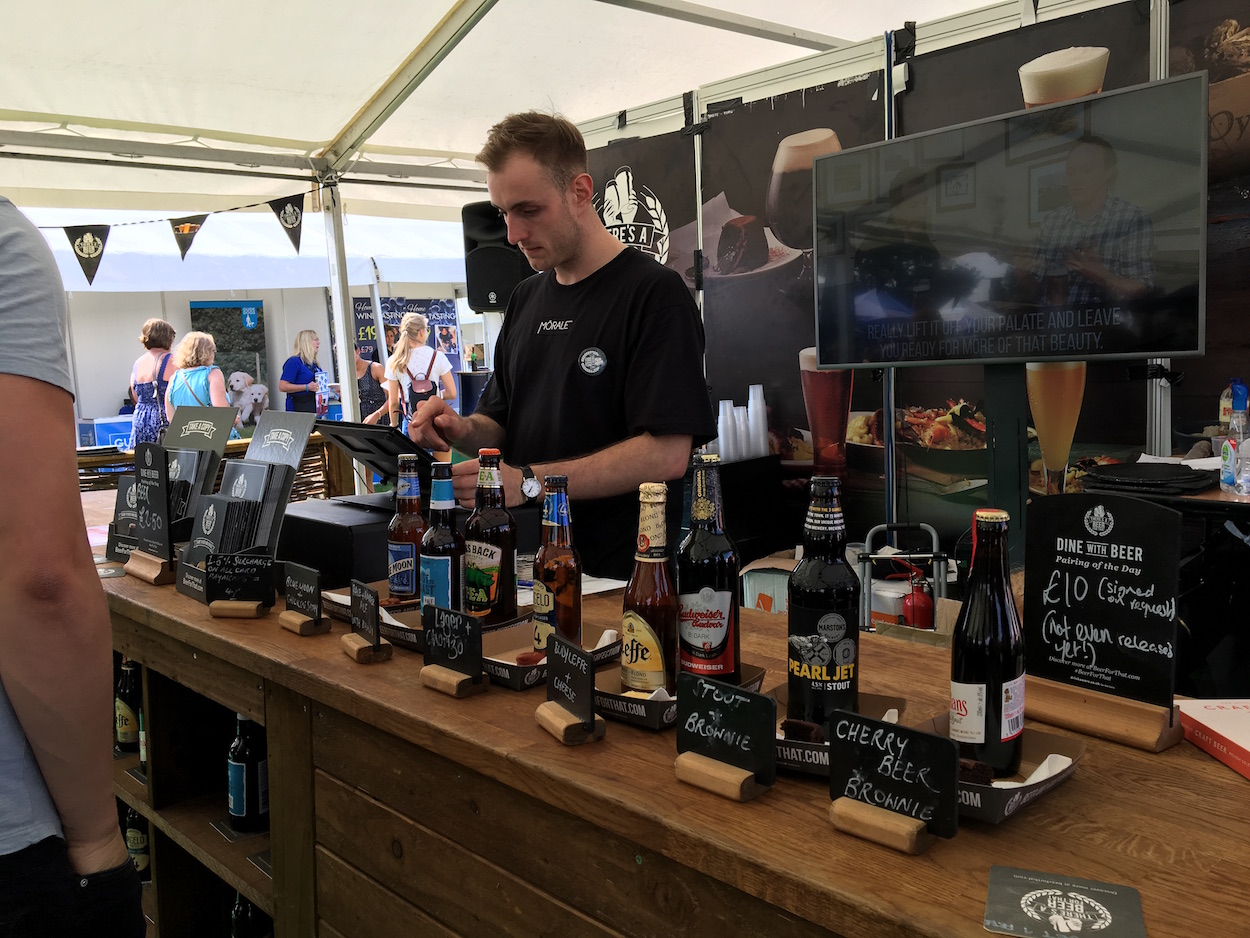 ‘There’s a beer for that’ Tent at Foodies Fest

Over the last few years I have experimented with matching myself, but the guides on offer from ‘There’s a beer for that’ (TABFT) certainly help explain more pairings than I had thought of before. 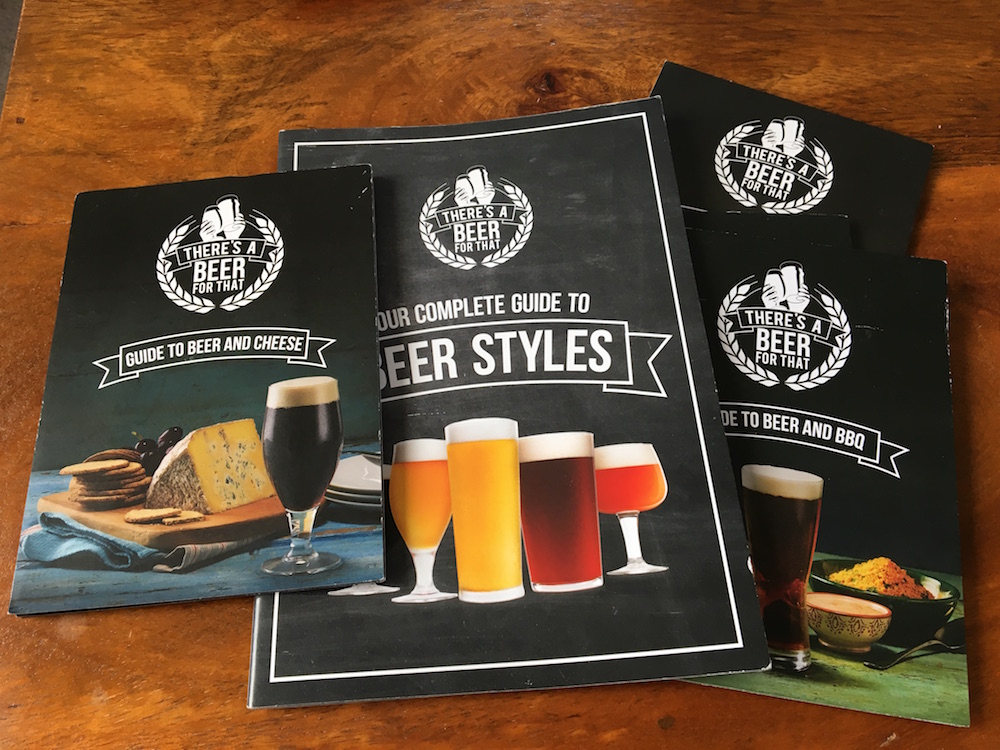 Can Beer Replace Wine as the Food Drink of Choice?

I’d love to see greater selection of beer choice in restaurants – but would it sell?

First of all, there is the sharing aspect – it feels much more social to order a bottle of wine to share with friends than a single beer each, trying to tailor to different tastes.

Although it is increasingly possible to get larger bottles of high quality beer, the only sharing of beer commonly seen is from the dreaded pitcher of cheap lager.

In my mind, when it comes to eating out in a more formal setting it feels apt to go for wine. I personally still love sharing a bottle of wine. It feels that little bit special compared to beer, especially if all there is on offer is a bottle of Peroni.

Some restaurants suggest wine and food pairings on their menu – perhaps doing the same with beer would help beer-phobes try new combinations.

Positive Signs for the Future

Whilst beer and food matching has not filtered down (up?) into many higher tier restaurants as yet, I get the feeling it is beginning to be taken more seriously by more casual dining establishments.

Meat restaurants like Pittcue even have smoked beer brewed on the premises to pair with their wares.

But these examples are few and far between, and compared to an extensive 10-page long wine list, the four or 5 beers on a menu is inadequate.

The craft beer scene and variety of beer on offer has shifted perception somewhat, but in my experience, there is still a long way to go.

Campaigns like There’s A Beer For That can only help in the long run.

So, who is keen for a beer and cheese evening?