The Sun Shines on Foodies Festival at Alexandra Palace 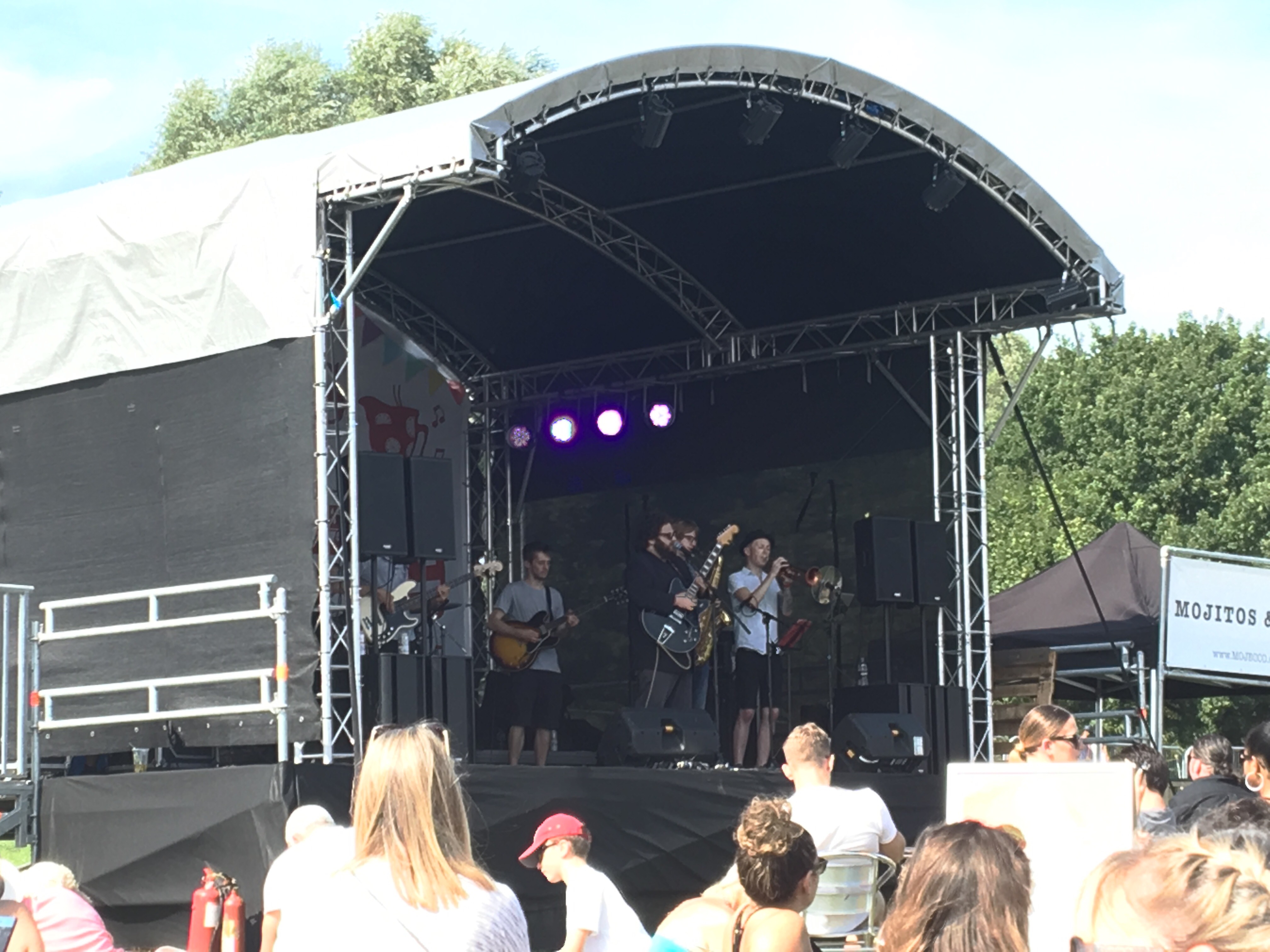 The sun finally chose to show itself on at the weekend, with the temperature soaring to a much needed 27 degrees.

Having awoken on August’s Bank Holiday Monday determined to make the most of what could be the last warm day of summer, Mrs G scouted for events and found out that Alexandra Palace was hosting a Foodies Festival.

We had been to (and enjoyed) one of these events before, so it seemed a good idea. With that settled, we packed the picnic blanket and headed off.

After cycling there we quenched our thirst with a few free samples of delicious Alvalle Gazpacho, then went for a wander to find a bar.

I headed to the large, empty Fuller’s bar, which seemed to have Frontier and Wild River, but not much else. At least it did remind me of having Fuller’s on tap at our wedding just a month ago. A pint of ‘Wild River’ by Fuller’s hits the spot

These events are mainly known for the chefs who present and cook a dish live in front of an audience. On a day like this though it seemed preferable to watch the funky music on the grass instead of be stuck in a tent.

In terms of food, did not see too much of note, with everywhere seemingly doing huge dishes for a large outlay of cash. Having been well fed the previous evening at Homeslice’s all-you-can-eat event, we did not fancy such hefty portions.

However, I did taste the following:

• I am a fan of Tuna tataki usually, but I found the dish from the sushi vendor a little bland.
• Also often order calamari, but the fat rings from the stall here was pretty average. Had worse, but you can get a lot better elsewhere for this price. Cooked well but I felt the ingredients were what let it down.
• Sunisa’s dim sum was OK, cooked outside in the largest steamers I’ve ever seen.

One of the best things about these events are the tiny stalls hawking their wares of fancy olive oils, artisan honey, chutneys and what not.

We found this rather dapper Fudge seller at this point, and he convinced us the fudge would not melt, so we got a small chunk to take home. Unsurprisingly, the ice cream creators were doing a roaring trade, with a long queue as their machines pumped out liquid nitrogen dramatically over the counter. 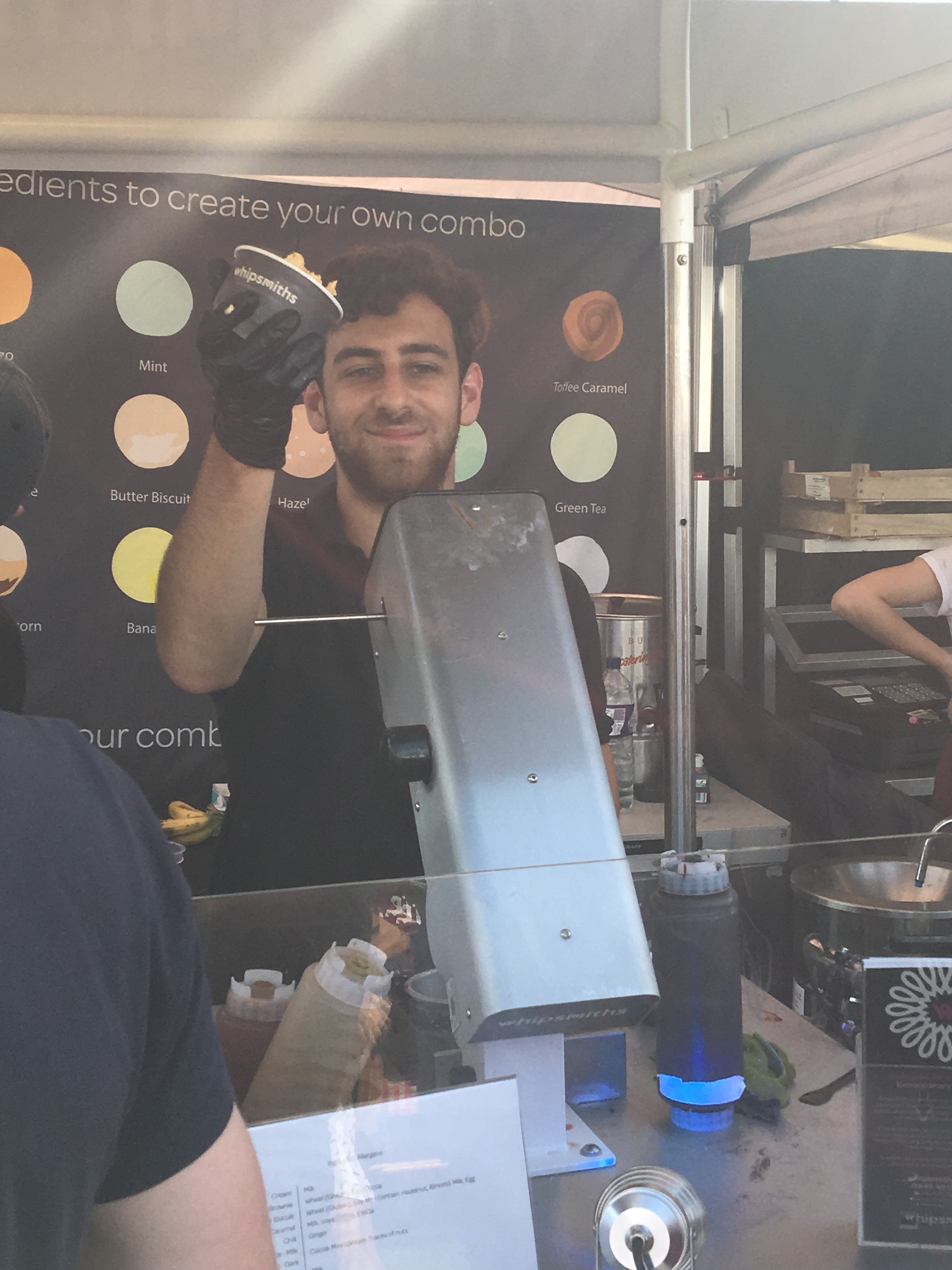 I can certainly see why there was demand. The ice cream had an insanely smooth texture due to how it was made, but could have had even more salt.

As you can see the nicest things eaten were on the sweet side, with the salted caramel ice cream made with dry ice being the highlight.

The food was washed down with plenty of samples from some of the many wine and beer stalls which were dotted around the festival. 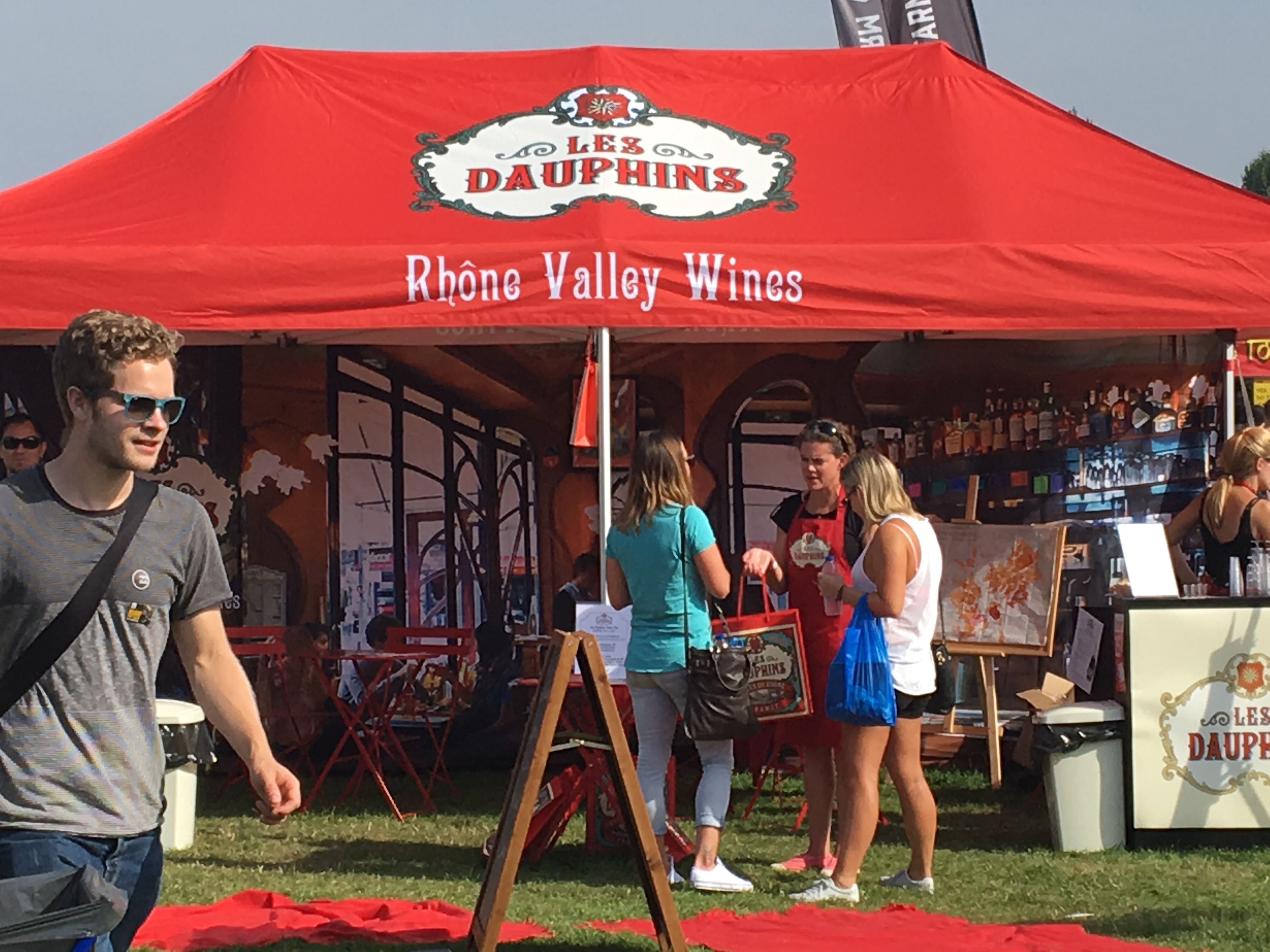 There also seemed to be a good beer to food ratio at this foodfest, unlike the terrible, crowded and overpriced ‘Night Market’. A better vibe all round in my opinion.

I’ll be writing more about the beer.

I bought a few bottles to taste later from the many stands: Home 2.0, ABK and Craft Academy.

The sun was shining, the beer was flowing and the music was playing. All in all a good day.