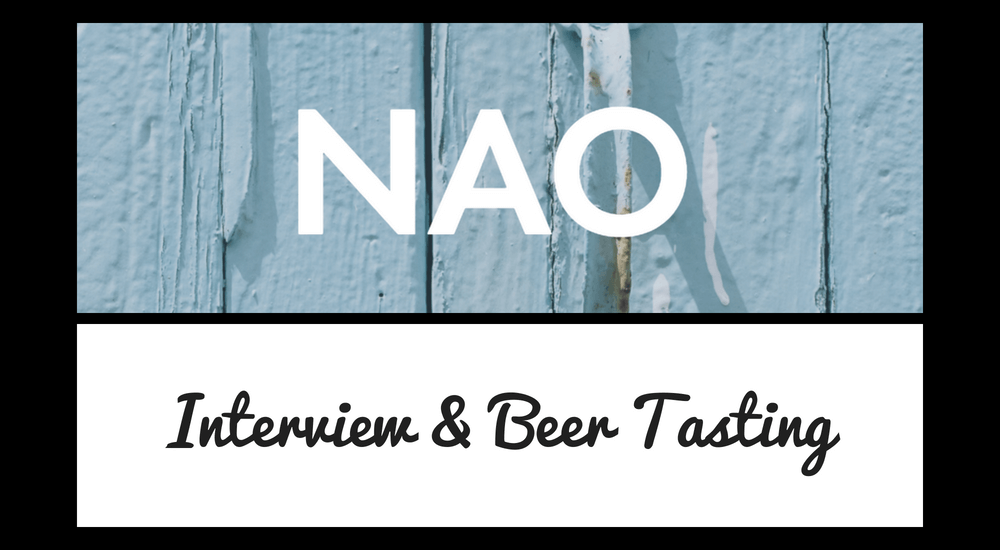 The Nao brewery on Lanzarote, is one of the few breweries on the island, and creates more unusual styles which are not seen very often on the Canaries.

After tasting the beers I was interested in finding out more about the brewery, so I got in touch, and Miguel from Nao has kindly answered the following questions.

Q. What served as inspiration to start the brewery?

Miguel: The inspiration happened many times in my life, and came about after a few coincidences.

I was born in Lanzarote but I emigrated at 17 to study and work abroad, always with the idea in mind of coming back to the Island that I love.

After 22 years abroad (US, London, Holland, Madrid) working in advertising as an Art director first and then as a Creative Director I was a little frustrated with my job. I had this feeling of not learning anymore and was also frustrated anytime that I had to advertise products that did not have any special qualities. I was in a very good position professionally, but definitely looking for a change.

I was a big fan of beer and a home brewer myself, so I had huge love for this product.

So, finally I had three ideas in mind: 1. Love for beer. 2. Advertise products that I really believe in. 3. Coming back to Lanzarote.

An the idea came by itself: “Creating a quality product from Lanzarote, a special craft beer”.

Q. What challenges do you face when brewing beer on Lanzarote?

We have to put in huge effort to create a beer culture, as we are selling a beer for beer lovers and at the moment over here there are not as many as in other European regions which have a solid background in beers.

2. The other big challenge is transportation.

Importing the raw materials is expensive and it takes a long time, so you have to be very sharp with your stock control. Exporting the beer its also expensive and difficult, not only to the rest of Europe, but also to the other islands. Because of the insularity, we can not fill the van and drive wherever we want, we have to take a ship anytime we want to go further than 80 Km.

Q. Is it possible to grow beer ingredients such as Barley or Hops on Lanzarote?

M: Lanzarote used to be called the granary of Canary Islands in the old times. We have very good grain, especially barley and wheat but nobody works the land properly nowadays, especially because there is no local industry that buy this raw material. We could buy it, and we encourage the local farmers to grow it maybe in the near future.

Then we have a second problem to solve. We need to malt this grain and there is no maltery around. It is possible to grow barley for sure.

There are other Islands in the Canaries with better conditions to grow hops than Lanzarote, as here it is too windy and too dry for this tall plant.

Q. How did your Maresía beer get produced, and is this a yearly release?

We have here the very special Malvasía grape in Lanzarote, not just because its organoleptic characteristics also because the way it is traditionally grown and how this process moulded the landscape of the island with harmony and singularity.

We brew it once a year, and we produce 2.000 bottles of 75cl. Last year it was sold out in 3 months, this year its going even faster.

Its a very special beer, mainly barley but grape flavour its present all time, also its special in the process, maturation takes 7-10 month, a lot for a beer.

The check of the fermentation and maturation process its made by NAO brew master and the team of a local Winery called Bodega Vulcano, at the end for a product that has barley and grape you need a grape and barley experts.

Q. Would you be willing to collaborate with other brewers?

M: We are very open to collaborations, at the end its creating a beer with the knowledge of two beer masters, we all learn something for sure and also there is double knowledge behind that product, a guarantee that something special will come up.

But what about the beers?

Well, I managed to taste the following which were available in the local supermarket.

The Berliner Weisse is one such beer, a sour and refreshing beer, straw in colour and light in body. Sure to challenge the palette of the lager drinker, but one which is still accessible, especially if you drink white wine.

I think for anyone into beer this will be high on their list when visiting the Island. 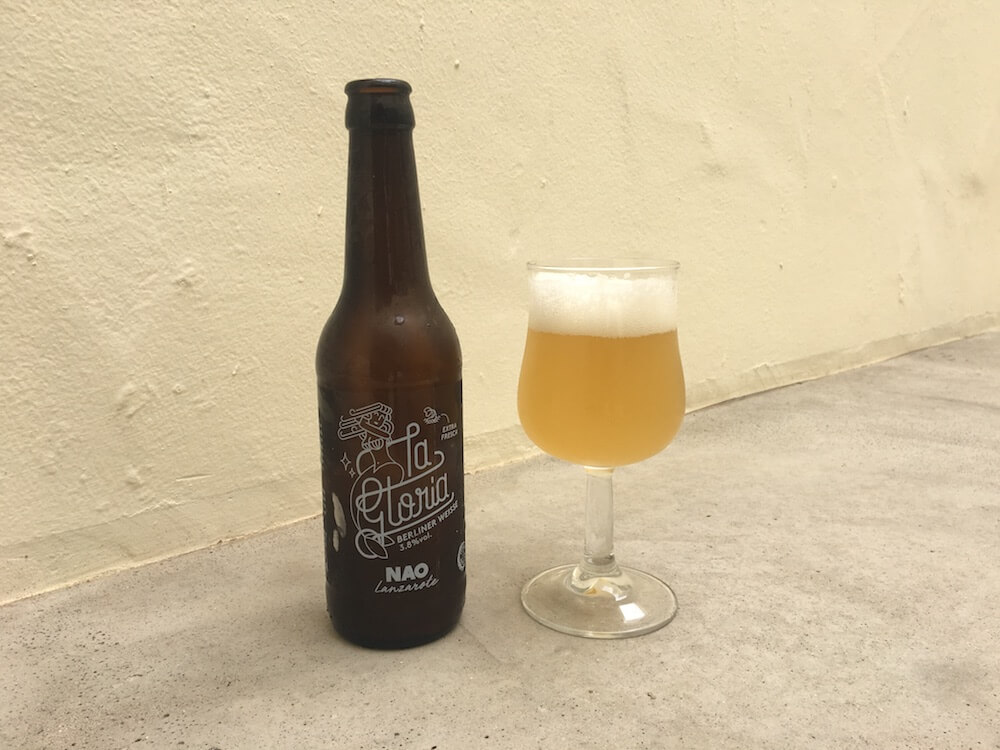 A Blonde Ale, almost Belgian in style. More great artwork and was a beer to savour after a long day getting windblasted. 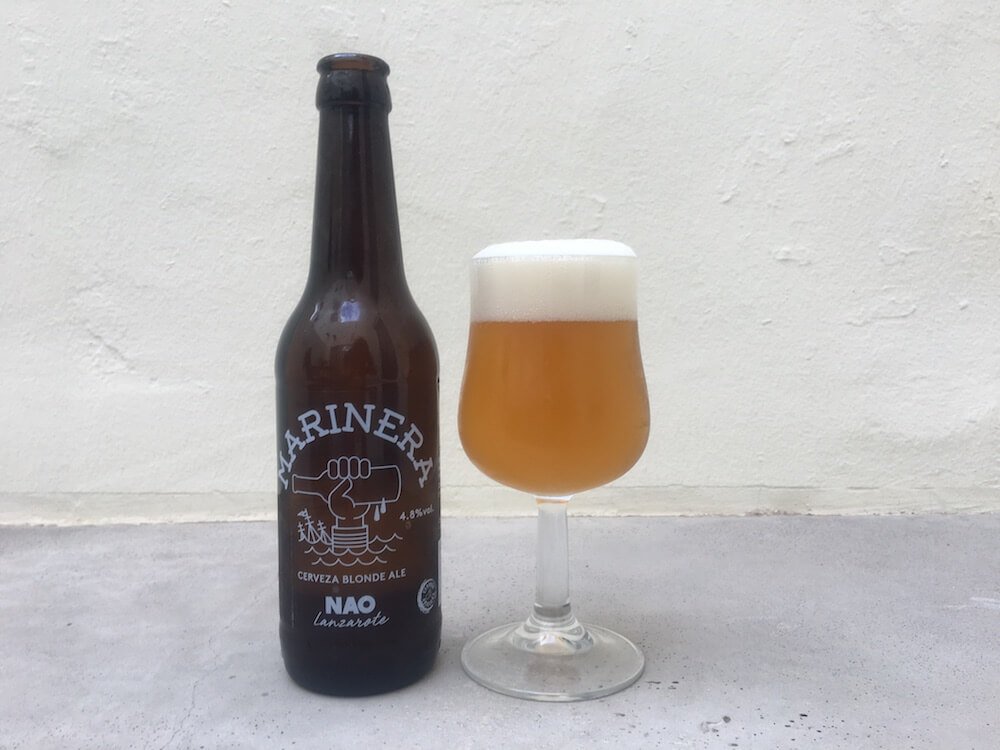 This APA was my favourite of the bunch. A smattering of fresh American hops. This was delicious and very drinkable. Will be my go-to beer in Lanzarote from now on.

Now I just wish it is possible to create a six-pack of cans. 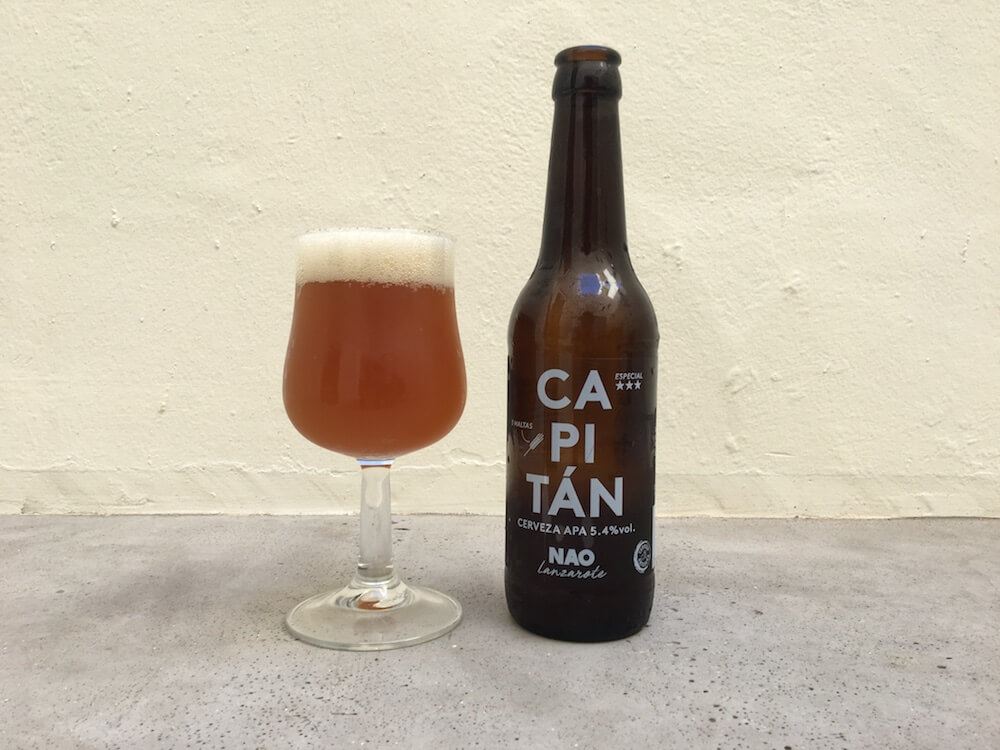 The Mucho is the flagship IPA, which was malty, bitter and fruity, all at once. Stronger than most beers you’ll see on these Islands, apart from the beers from Malpeis.

If you are after hops, then this is where you’ll find them on Lanzarote. 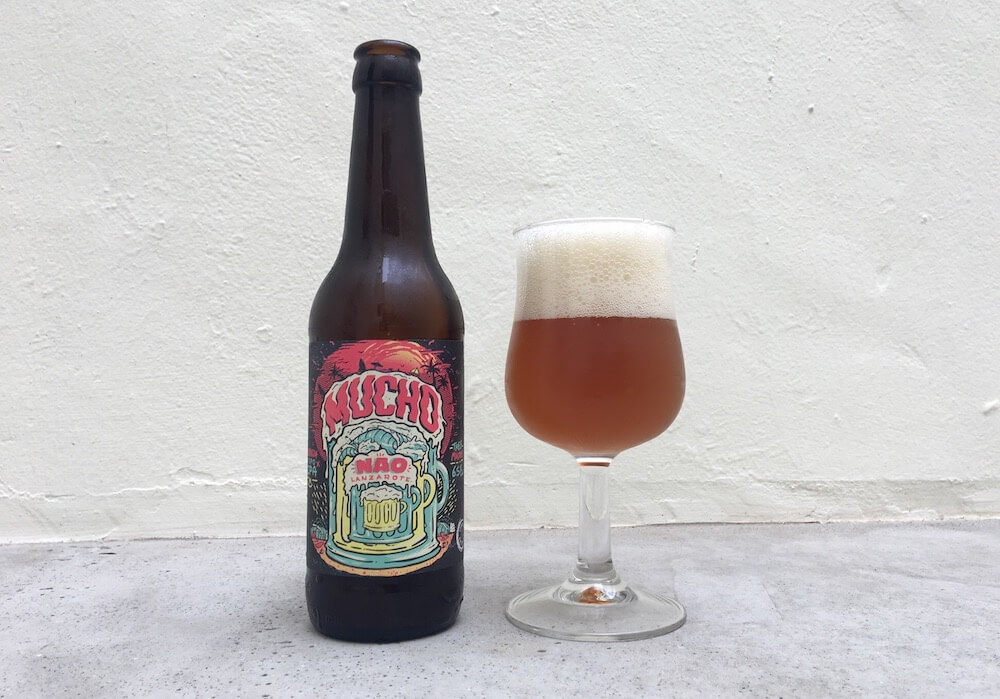 Of course, there’s one more beer to try – the wine infused ‘Maresia’ which Miguel mentioned.

Hopefully I’ll be able to find it next year on my return!