For most of last week I enjoyed good times at Club La Santa, a sports mecca located on Lanzarote, in the Canary Islands.

Even though it was a week long sports fest, I still managed to find some time to learn about and indulge in the locally made wine.

Lanzarote forms part of the Canaries, an archipelago of a volcanic group of islands famed for the black sand and other worldly landscapes.

Lanzarote itself had extensive volcanic activity relatively recently – just several hundred years ago a large area of the island was covered with new rock which oozed out the earth and fell from the sky.

The area where this occurred is now a national park called Timanfaya, and we explored some of the highlights including the César Manrique designed El Diablo Restaurant, the green lagoon at EL Golfo, and the many volcanos.

After Timanfaya, the group made our way to the Rubicon winery. Our tour guide Jose explained that the lack of rainfall plus the new covering of volcanic rock caused serious issues for those who had not fled after the eruptions of the 1700s.

However, the black gravel like top layer, picon, which now covered the soil was found to have unique properties by chance. This enabled people to continue to grow food on the island with a dry cultivation method, despite the soil being covered and desert-like conditions.

The method used, called enarenado, can be seen throughout the island, but especially in the La Geria wine region.

A 4-foot deep hole is dug so a vine can be planted into the soil, underneath the picon. The vine then grows and requires no water. This is due to this absorbant top layer of basalt rock which takes in dew each night from the air and passing clouds.

See also  Top 10 Things to Do in Madrid

This water is then slowly released throughout the day, watering the vines. 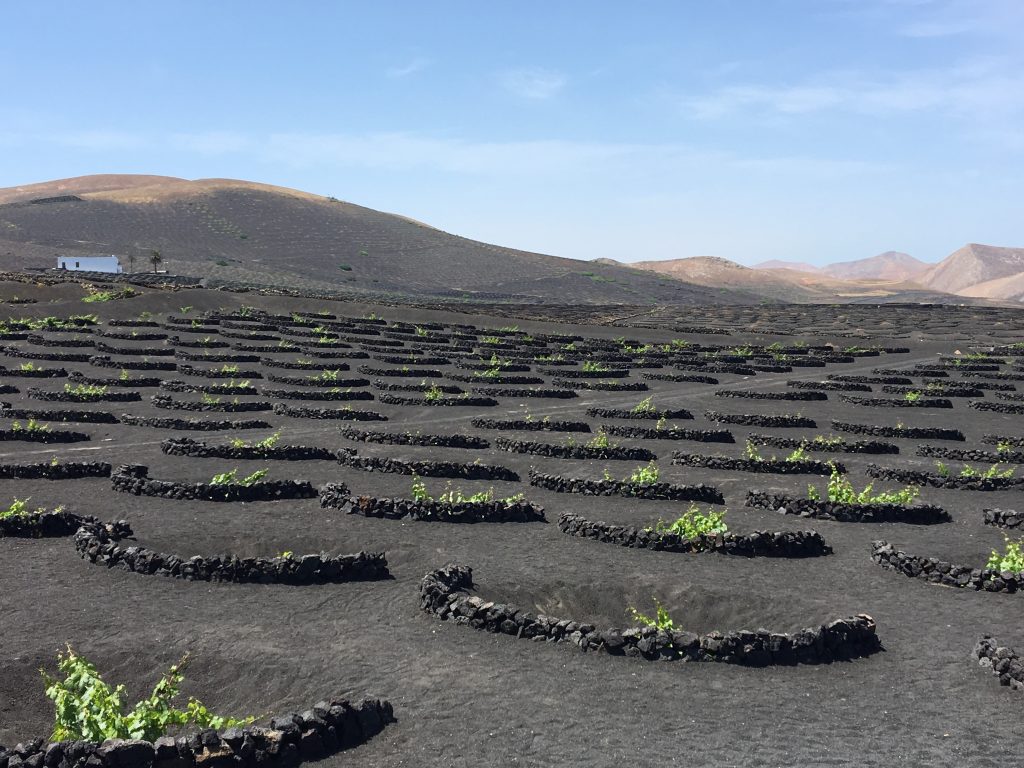 The vines are also protected from the crazily strong trade winds by small walls surrounding each individual vine. The vines are not trellised, and creep along the ground at a low level, placed several metres from each other.

The cratered landscape with volcanos in the background can be seen in an image above, a view from the Rubicon winery.

All the grape picking and other work is completed by hand due to the difficulty of access to each plant. 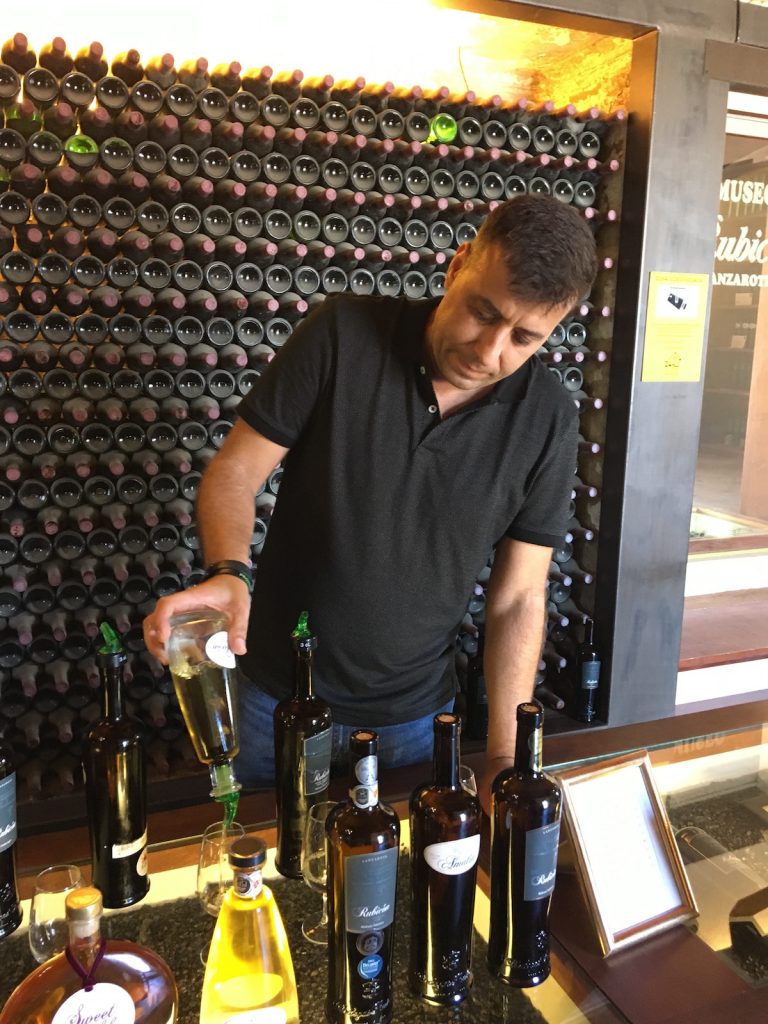 At Bodega Rubicon, we decided that we had just enough time to try each wine on offer as a group, especially at just €1 a glass. We tasted them in order of driest to sweetest on recommendation, and that worked well.

The Malvasia is clearly the class act, but the sweet wines showed some potential, and are regaining their popularity.

Have you been to Lanzarote? What did you think of the wine? 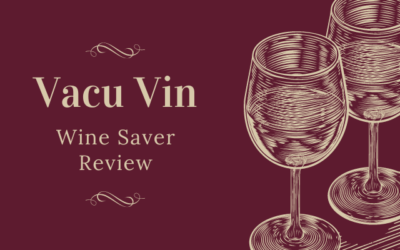 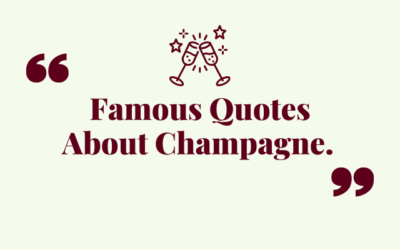 Good times will come again, and I’ve been thinking of some of my favourite European foodie holidays, places I’d love to revisit in 2021.