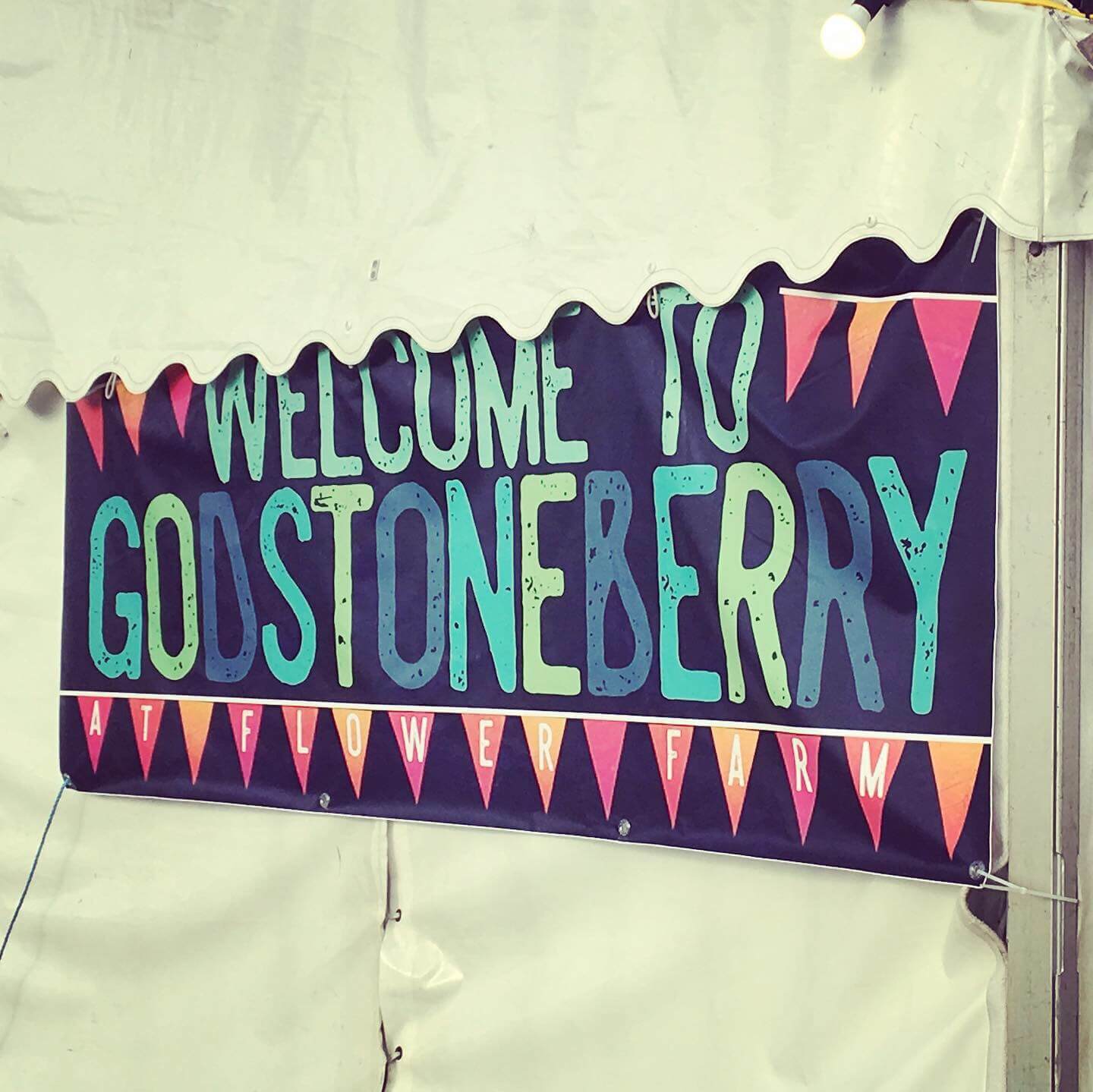 As I wrote a few months ago, my home town of Oxted in Surrey plays host to two big beer festivals on the same weekend this year. Speak to those involved with both festivals and they’ll both tell you they were booked in first.

I’m staying neutral as Switzerland this year and made sure to spend time at both. I was at Godstoneberry as a visitor both on Thursday night’s preview and the daytime on Sunday, and as a volunteer at Oxted Beer Festival on Friday evening and Saturday lunchtime.

Having said that, it’s hard to write about either without drawing some comparisons.

Both festivals have well curated, extensive beer lists and crowd pleasing music acts, but they have a slightly different feel.  Oxted is more of an adults festival, with lots of groups of lads and a smaller site leading to a more heated atmosphere (in a good way). 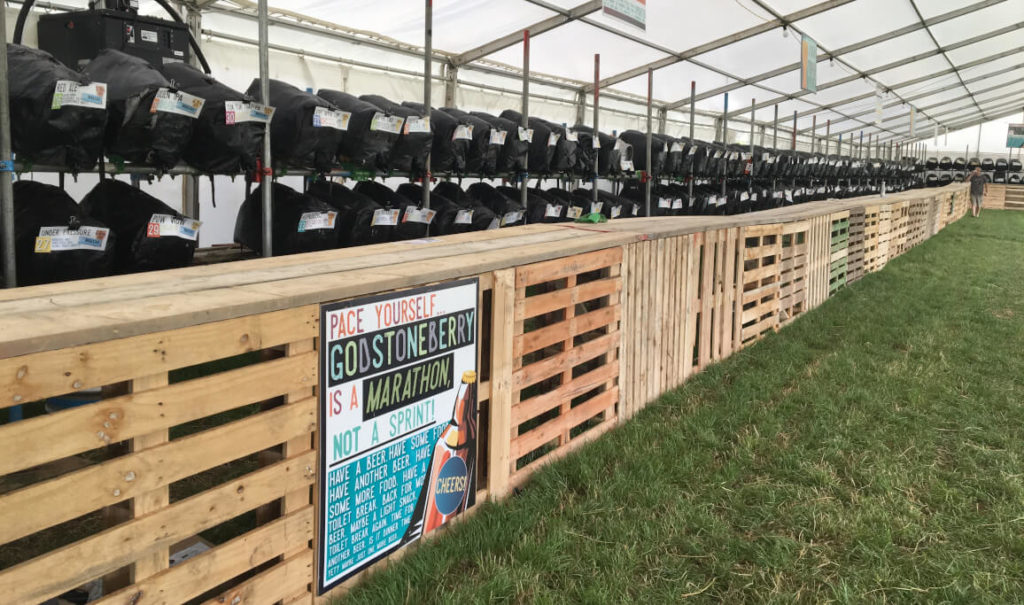 Godstoneberry is marketed as an event for all the family, and this is definitely true. It’s a much bigger site, meaning it’s easier to escape the music and beer if you want, and they have loads of activities for the kids, including mini golf, a climbing wall and hot air balloon rides. 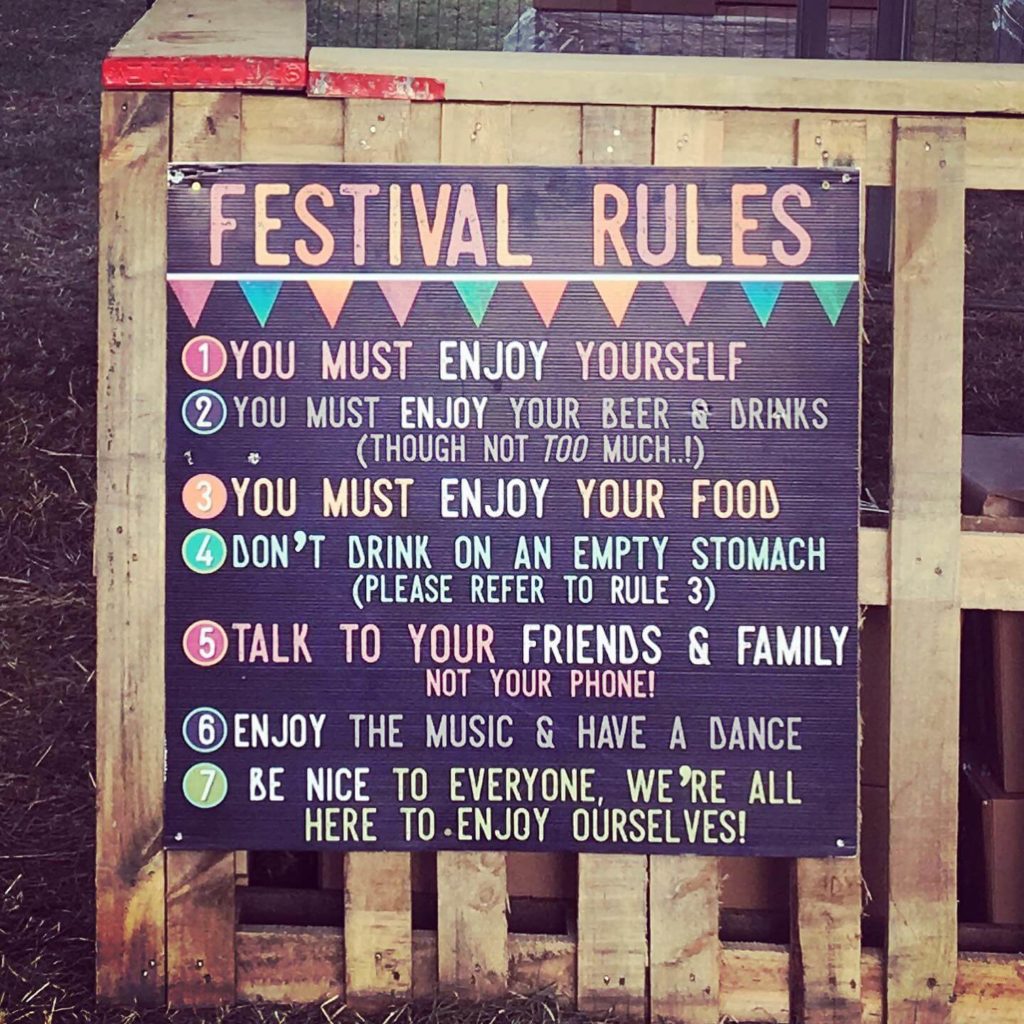 They also had a more diverse music line up which I really enjoyed during the day. I missed the Bootleg Beatles on the Friday night, which surely had to be the highlight (sorry, but Oxted’s offering of Go West can’t hold a candle to ‘Hey Jude’ at the end of the night).

As I mentioned, I’d checked out the Godstoneberry site the day before the event in a preview evening. There were a few finishing touches being made and the 150+ beers were still settling.

The site is huge in comparison to Oxted, and it’s a much more rural setting. There’s a slope down to the main stage, which always works well in my experience of music festivals. 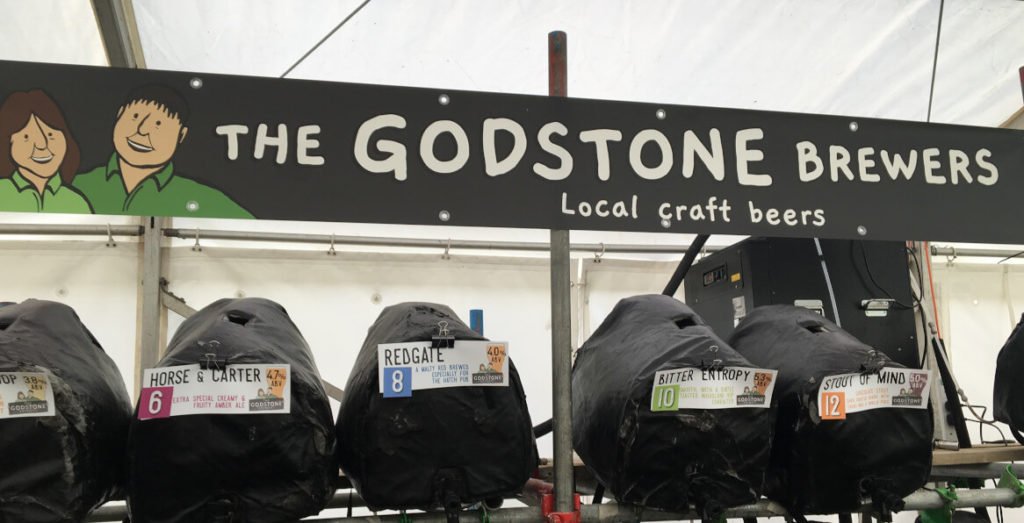 The beer in this preview evening was supplied by the Godstone Brewers, a brewery based across the road at Flower Farm – I tried all of these beers on offer; Rusty’s Ale, Trenchman’s Hop, Junction 6 and Pondtail Pale.  They had not quite reached the right condition at this stage, but were not far off. 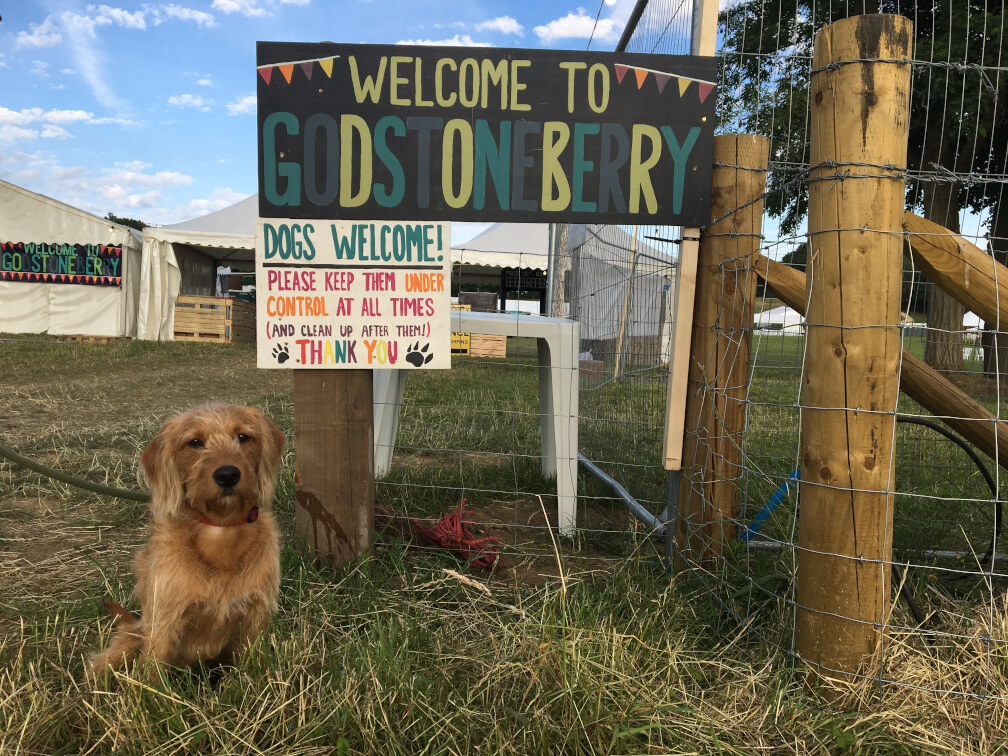 On Sunday, Godstoneberry was up against not only Oxted Beer Festival, but the British Grand Prix, Cricket World Cup and the Wimbledon Final.

Stiff competition but they still had a good turn out.

We turned up, with my wife magnanimously taking on the designated driver role, and my dog Indy just keen to hoover up whatever scraps he could find on the floor. We bought our festival currency – Berries, with £1 to 1 berry, and headed to the main beer bar where I wisely chose to drink half pints – the only way I could realistically try all the 6-7% stouts that I wanted to.

The currency stand where berry tokens are purchased was busy, and this is something that can certainly be improved next year, especially if the queue was this long on a Sunday afternoon.

Sadly, the interesting Polly Porter from was gone by the time I arrived so I opted for the Under Pressure by Mad Cat Brewery. This was listed as a ‘Steam Beer’, otherwise known as California Common, and is not something I have seen that often, especially in cask. It was excellent and is not a brewery I had really seen before. Most of the beers were local, from Surrey, Kent, Sussex and London providing the beers.

There were specialist bars dotted around the site, but I feel the lager bar would have suited placement nearer to the Oktoberryfest tent, which is placed alongside the main bar. There were two lagers on offer, one from the new Hofmeister and Blumenfarm Kolsch from the Godstone Brewers. The Oktoberryfest tent entertainment was great fun – it’s made me want to get a group together for that event this year! 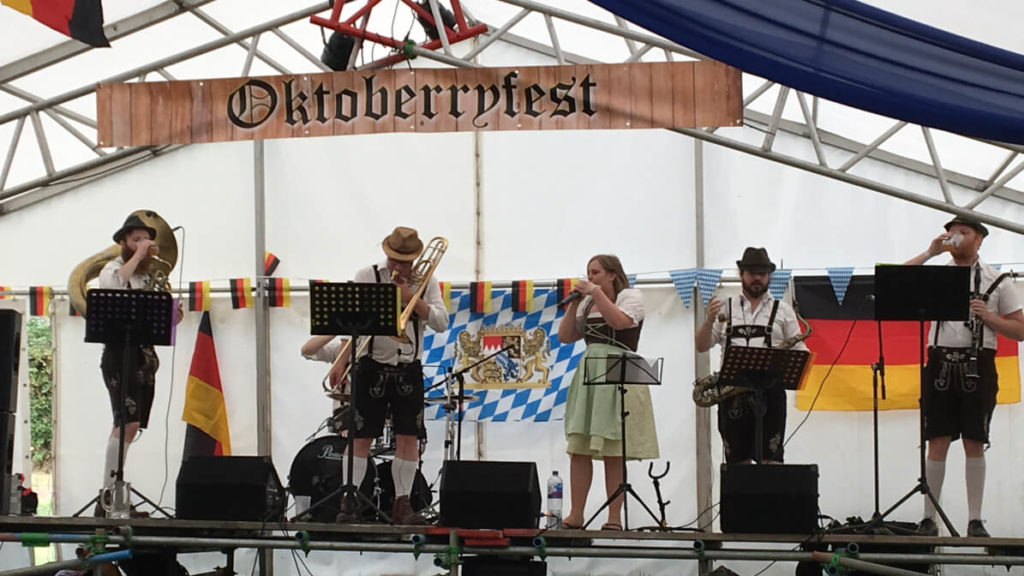 Other, lighter pale beers tried were there honey flavoured Bee-Head from East Sussex’s 1648 Brewery before opting for some of the more heavy hitting stouts. Godstoneberry has a bigger selection of these style of beers than Oxted, so I had a fair few to get through!

The brewery which was my biggest surprise was Kissingate Brewery. They seem to be a specialist in these dark stouts, supplying about 5 dark beers to the festival. This seemed to be more than Oxted had in it’s whole dark beer selection, from just one brewery.

After trying beers like the Black Cherry Mild En Plus, a fruity, strong stout, and checking out the Jive Aces it was time to head off to catch the Sunday sport – first to watch the final three sets of Federer V Djokovic. then to catch the end of the Cricket.

I hope next year for the sake of all events that they don’t clash with such must-see sporting events and especially not each other. 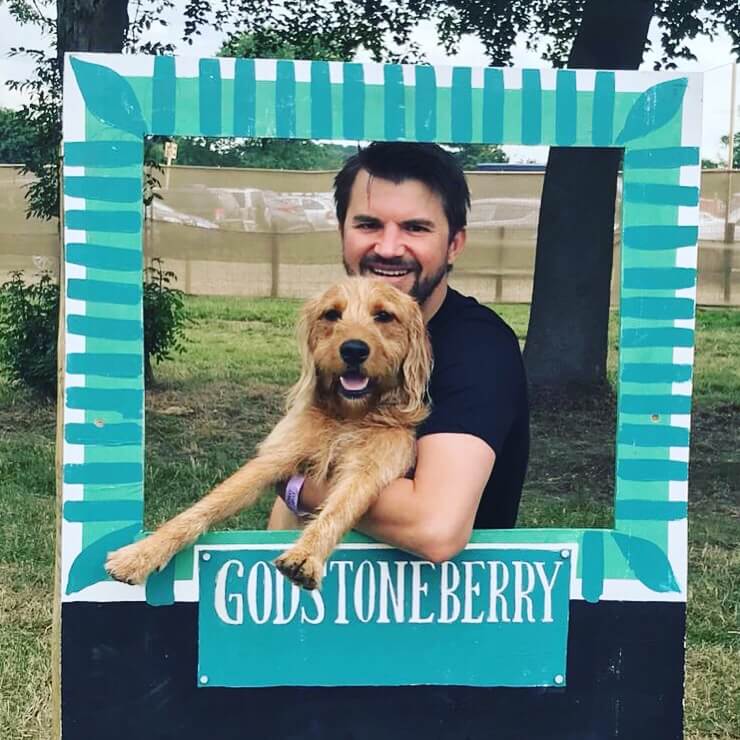 Godstoneberry has lots of neat touches dotted around the site