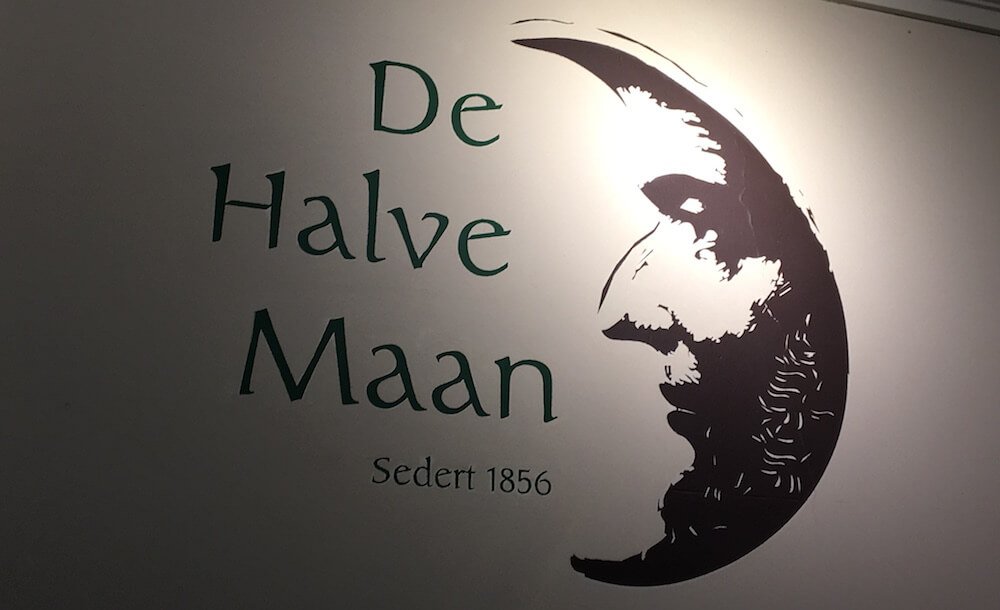 Whilst in Bruge, I made sure I was booked on the ‘XL tour’ at De Halve Maan, the brewery famous for it’s Bruge Zot beer.

As the brewery is so central, the tours are packed and usually run at the weekend when they do not brew in the cramped brewery. 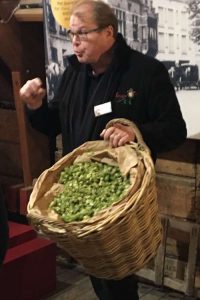 Independent, and run by the Maes family since 1856, the brewery is both a working brewery and museum. In fact, there’s evidence to suggest that a brewery has been on the same site since 1564!

In the past, they even used to malt their own barley on-site, but perhaps more famously they’ve recently built a pipeline to transport freshly brewed beer to the bottling plant on the city’s outskirts.

During the tour, you’ll see a lot of old equipment and explanations of traditional and modern brewing methods and technology. There’s also an excellent view of the city from the top of the tower.

After negotiating the compact, maze-like brewery and steep stairways during the tour, I’d certainly worked up a thirst.

Luckily, the enthusiastic and knowledgable tour guide led us into a tasting room, where we found a table with a some folks from Germany to taste the brews.

We started with an unfiltered Brugse Zot, which is held in tanks on the premises. You won’t get fresher beer.

Surprisingly this gives it a very refreshing, clean, crisp taste. It felt like almost the opposite of what happens to pilsner when served this way. It felt dangerously session-able and can see it being perfect for a summers day in Bruges.

Unlike the previous beer, the dubbel was a new beer for me. It was very well balanced with stone fruit flavours and a good depth of body with a sweet finish.

One I’ll seek down again. It was met with approval from most of our table, and especially from the wife, somewhat surprisingly.

On the tour you have a choice between the Quad and the Tripel.

I have it under authority that Straffe = Strong and Hendrik was after the family name of Hendrick (Henri).

I am still not sure about Tripel’s, as I often find them tasting too much of booze. Still, this seemed a good version with caramel and toffee flavours, but still fairly crisp.

This was my favourite of the tasting, with it’s complex, heavy character.

It went very well with some dark Belgian chocolate I took with me.

I ended up choosing a special barrel aged bottle of Straffe Hendrik Heritage 2016 in the shop, which I was told can keep for 10-20 years. This beer has spent 1 year in oak, which were rum barrels before being used for beer. 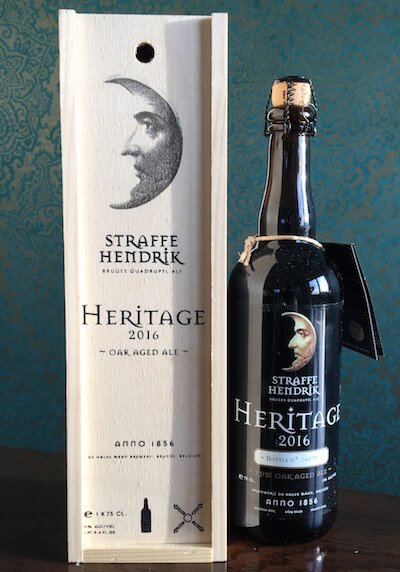 I’ll open it one day…

The resulting style is a Biere de Garde, and it may develop characteristics associated with Port or Madeira wine.

Of course, no trip to Belgium would be complete without getting a few more bottles to take away – I picked up a few more from a fine shop nearby!