Six Beers to Drink During an England World Cup Match 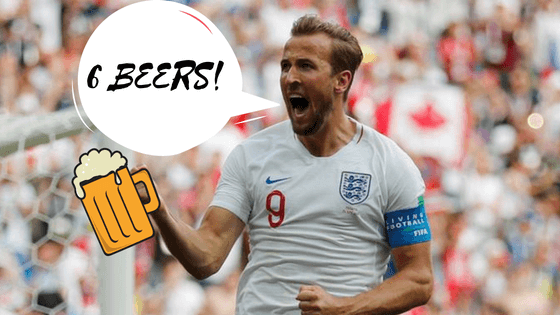 With the England team setting a few records at the 2018 World Cup with their 6-1 demolition of lowly ranked Panama, it seemed fitting to commemorate the scoreline with a selection of beers.

So, whatever happens in the rest of the tournament, here are six apt beers to drink in honour of Harry Kane’s England – one for each goal scored. 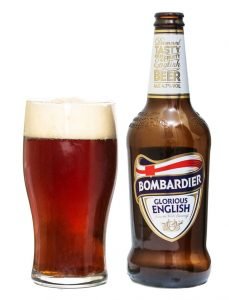 Bombardier is a classic English bitter from the Charles Well’s Brewery.

It’s a beer which has a St. Georges Cross on the front of the bottle, and recent advertising campaigns have attempted to tie the beer to St. Georges Day, so it seems fitting to include.

Luckily, unlike Wadworth’s ‘St George and the Dragon’, it’s available widely all year round.

It’s also a very drinkable 4.7% bottled, so you’d be able to consume a few during the match. A good beer to start the game with the team laying siege to the opponents goal.

Is there anything more patriotic than a British Bulldog wearing a St. George’s cross hat? I think not. This full-bodied best bitter from Westerham is perfect after England continued to score to end any feeling of nerves.

Thank god – VAR seems to have worked for this match and we have been rightly awarded a penalty. 2-0 England with a thunderbolt from Harry Kane.

After a few you may be crawling around on all fours yourself.

3-0! Time for the Barmy Army to sing their lungs out. It could coming home.

This bland beer is one you may not mind throwing over your living room carpet as another goal hits the net. Unremarkable, unlike Jesse Lingard’s cracker of a third goal. Who knew he had that in him? 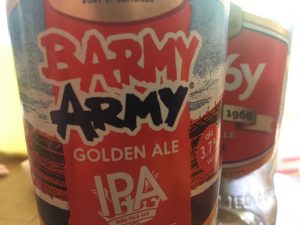 You can trust Greene King to deliver a few themed beers for the football.

Most beer snobs would turn their nose up at Greene King, but I actually found this beer to be very smooth and well balanced.

A tribute to Bobby Moore, West Ham and England legend, who played in the No. 6 shirt back in 1966, the year of England’s only world cup win of course.

My eyes are starting to well up. But that could just be four beers in. 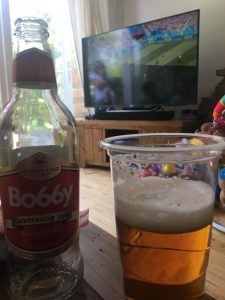 So that’s 4-0 – and Bo66y seems perfect at this scoreline, reflecting on England’s four goals in the ’66 World Cup Final.

Could it finally be coming home? Do we dare to dream? 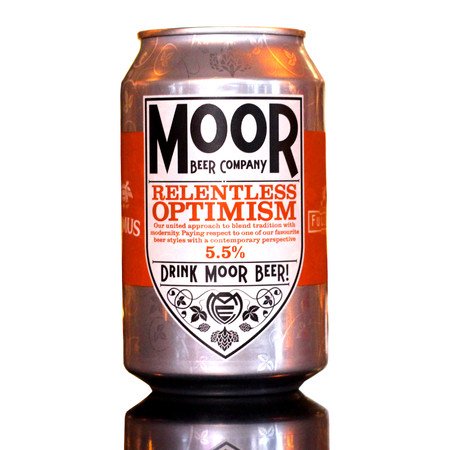 After being 5-0 up even the most cynical England fan may feel some tinge of optimism. And there’s nothing wrong with that.

Let’s indulge in some relentless optimism while we can, preferably with this beer from Moor.

Just like how Southgate has somehow moulded a refreshing and young England side, this is their take on an ESB (Extra Special Bitter), but brewed with modern English hops. 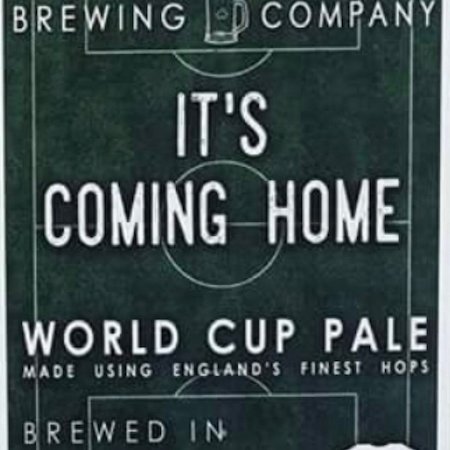 From a new brewery, you may not be able to find this English Pale Ale beer in many places apart from Teeside.

Hopefully Budweiser’s ‘executives’ will not close down the unofficial tie-in and there’ll be a few more barrels being delivered far and wide. 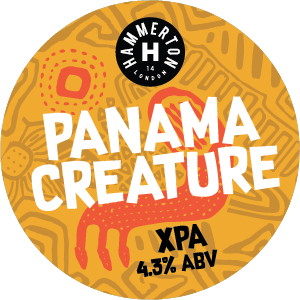 Hopefully, that’s enough beers for you. If it isn’t, then this chap has bought 32 beers, one from each country participating in the World Cup. He then drinks the corresponding beer each time a country is eliminated!