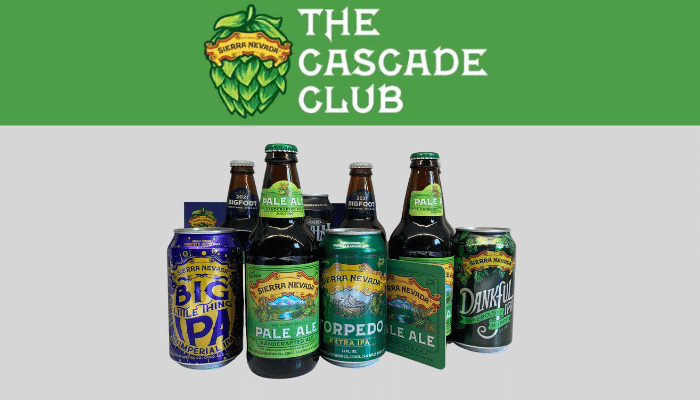 Sierra Nevada was never a gateway beer for me, although I know many others who enjoyed it back in the day.

It’s likely I did first try it a good 15 years ago, and I’ve steadily grown to appreciate the quality and pick up a bottle now and then.

As it can be found everywhere, the quality of storage and age can be variable. I’ve had bottles which were dull and disappointing. It’s unclear if the culprit was heat, age, light or a mixture of all three.

So, when I heard about the new Cascade Club online shop through the Beer Prime podcast, I was interested. This online shop only stocks Sierra Nevada beers, promising freshness, competitive prices and the latest beers.

I placed an order for a range of cans and bottles, and received the box a day later. The box even included a few beer mats for the collection.

I started with classics I’ve had before – the Sierra Nevada Pale Ale and the stronger Torpedo IPA. Both beers were bloody delicious, with the Torpedo delivering huge pine and resinous flavours and the balanced pale’s cascade hop dancing on the tongue.

I was blown away by the Bigfoot. This is a 2021 bottle, and the hops are super fresh and dominate the aroma and flavour. It will be interesting to see how this mellows over time, as I’ve never had a barley wine like it.

I’m looking forward to drinking the newer beers to compare against these awesome classics, but I’m making sure they are cold stored until then.