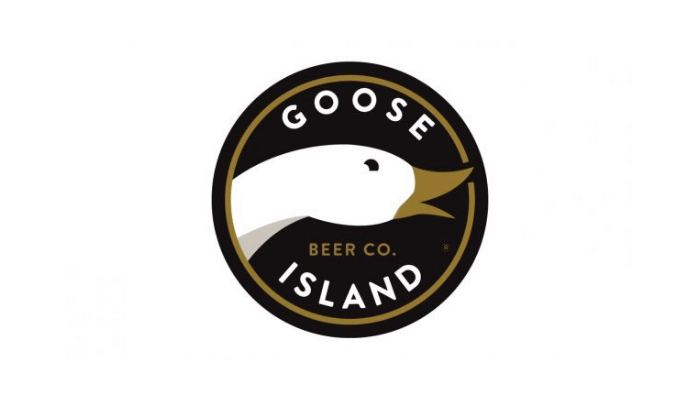 Since getting into beer I’ve read a respectable amount of books about beer and interesting breweries.

One such book I read back in 2018 was about Goose Island.

Tilted ‘Barrel Aged Stout and Selling Out’, the book is an excellent read which details the Goose Island story, from conception in Chicago to its eventual sale to AB Inbev in 2011.

It’s written by Chicago resident and journalist Josh Noel and is a detailed account of how the beer world works in the US, as well as how Goose Island grew to be a brand that caught the attention of the worlds largest brewer.

The book talks about the origin of Goose Island’s range of beers, and since reading it I’d wanted to check them out.

I’d tried a number of Goose Island beers before, the IPA of course, but also the other beers like Honkers Ale and the 312 Urban Wheat Beer, which are now brewed exclusively in AB Inbev breweries.

It’s clear to me that AB Inbev invested serious money into breaking into the UK market, starting with London. I remember attending a free event in 2016 held at the WeWork Coworking space I was based at. The Moorgate office had a large social area on the top floor. 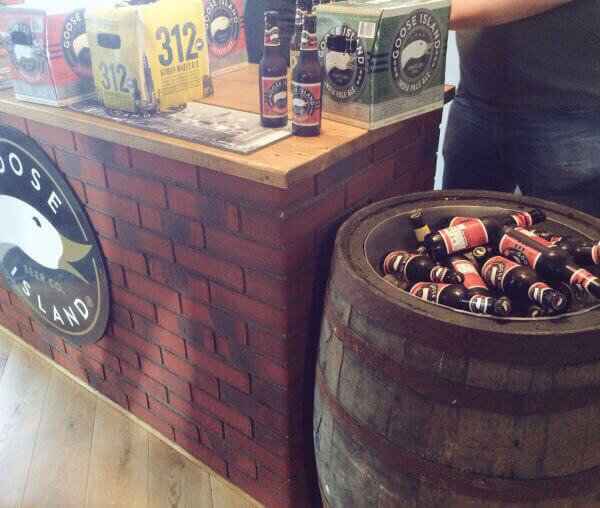 This is around the time I started to notice the striking Goose neck taps in some bars around Stoke Newington as well as being a choice on flights to New York. Not a rare sight at all anymore – you see Goose IPA everywhere in supermarkets.

Their other beers, not so much.

Honkers Ale, a beer that just outsold their IPA in the US in 2013 (credit book) is nowhere to be seen. Here, there isn’t a market for Honker’s Ale, a beer inspired by UK beers like an ESB but nowhere near as good.

312 is a wheat beer that was never likely to take to the UK market. Wheat beers are not so well loved in the UK as they are in Europe. It’s also pretty sewn up by the Belgians and Germans who make superb wheat based styles.

What is also true is that both of these beers also evoke Chicago in their naming, more so than Goose IPA does. Even if they are not into beer, most folks know what an IPA is and may order this style at the bar. As I got into beer Goose certainly can act as a useful gateway beer, but there are much better IPAs available from UK breweries.

What appealed to me are some of their other beers which add more credibility to the brewery. When I heard that some of their higher rated beers such as Sofie and Matilda were available in Tesco, I nagged my brother to pick up a few for me on his weekly shop.

I bought two of each of these beers in 2020; they were bottled in June 2017. I tried in August last year and revisited in January this year. Best before was listed Aug 2022.

These beers were named after daughters of ex-Goose Island Brewer Greg Hall (the son of the founder John Hall). It seemed right that I would revisit them shortly before becoming a father to a daughter myself at the start of 2021. 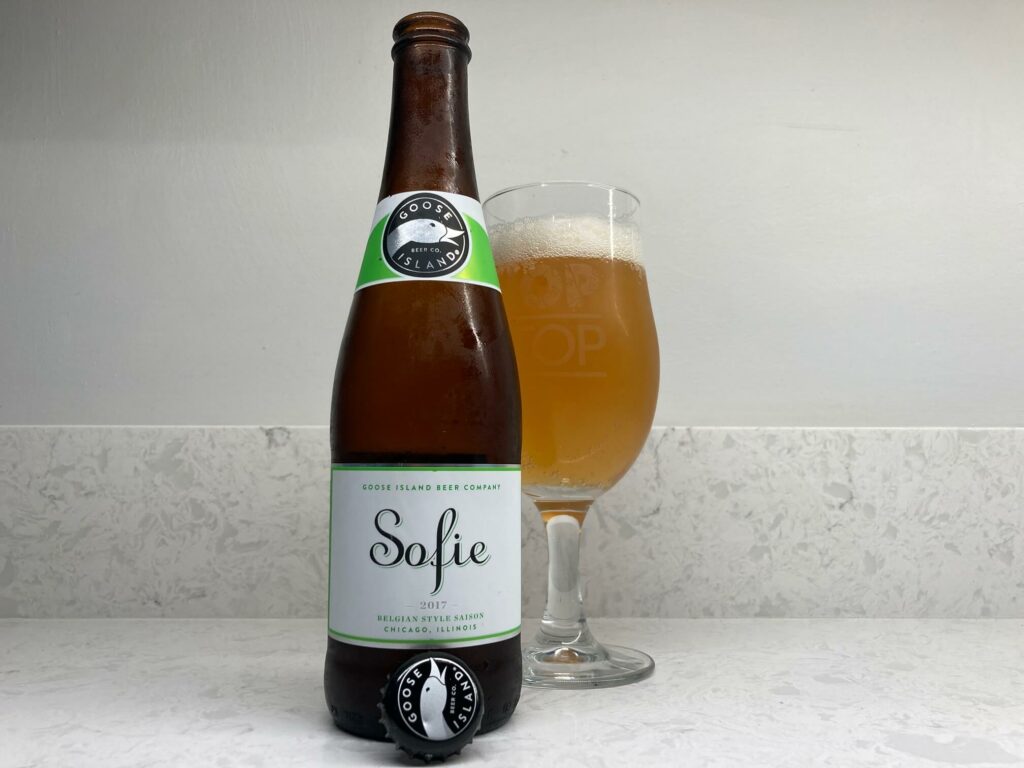 This slightly honeyed saison is one of the original premium craft beers which took after elegant wine in appearance of it’s labelling, and was designed to start a meal. This beer was created after several promising variations using different hops and yeast were blended. There’s lively funk and spice but with excellent drinkability. The green on the label was chosen by Greg’s daughter Sofie. 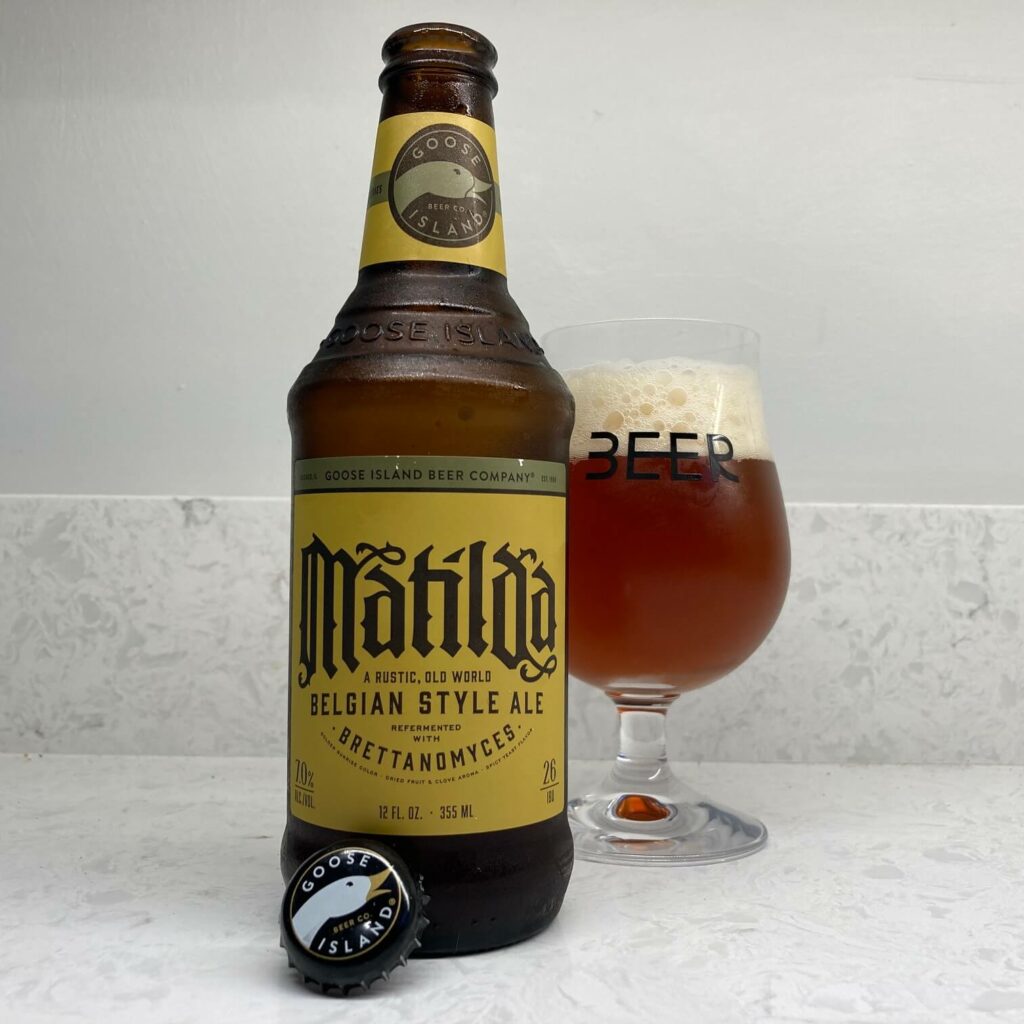 This deep red amber ale has distinct deep malty tones but with a complex funky character. Inspired by Orval in the way it uses Brettanomyces wild yeast in it’s creation, it can develop over time. But this beer is richer and heavier than Orval and was created in 2004 and impressed the late beer writer Michael Jackson with its adventurous nature. Fruit and spice are present, with the malt balanced by a generous amount of hops.

Both of these beers would make good introductions to funky belgian-style beers, especially with a few years on them. They are an interesting US counterpoint to established Belgian brands.

But maybe Goose Island still has the ability to produce some interesting and flavourful beers, and do not simply rest on past glories after their takeover.

In 2019, Goose Island teamed up with London’s Wimbledon Brewery and Beer Historian Ron Pattinson to create Obadiah Poundage. An old school porter from London’s brewing past. 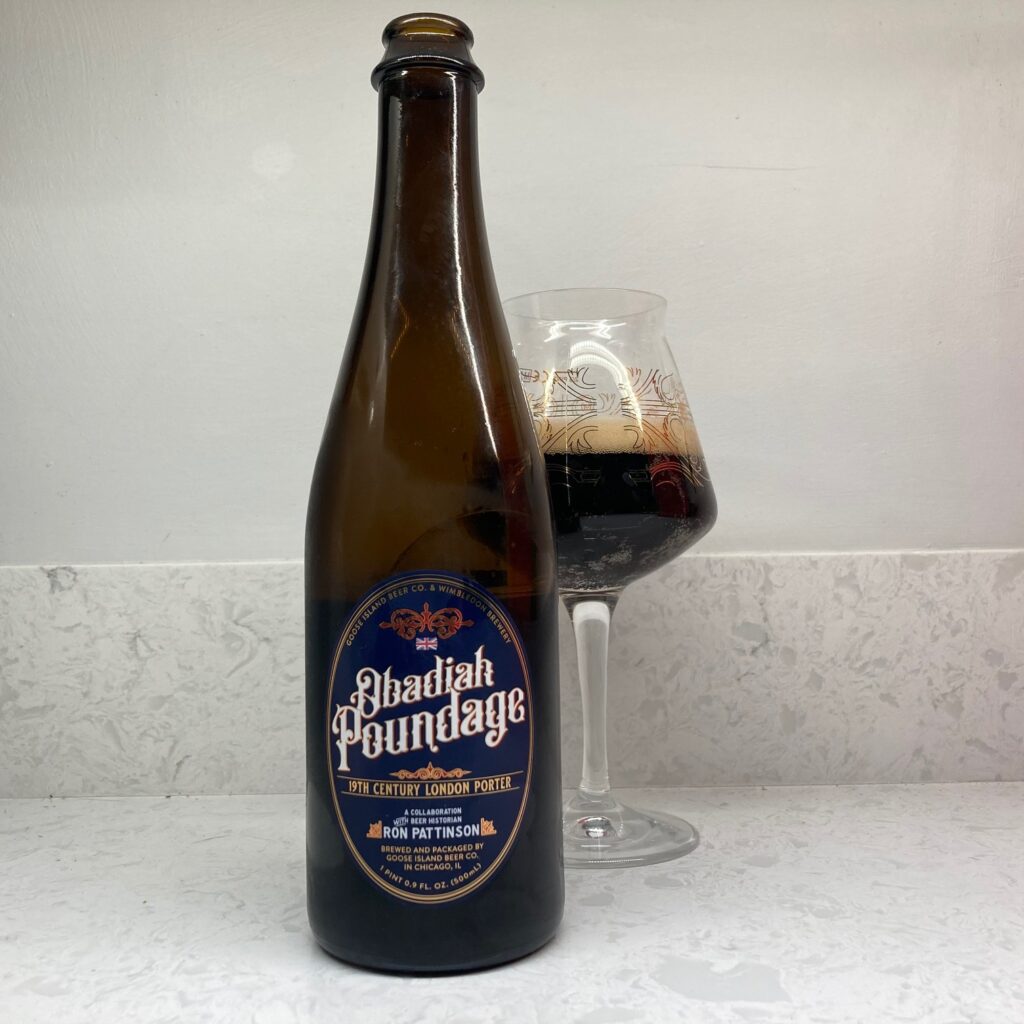 This beer is based on an old 19th Century recipe from the now defunct Truman’s brewery. Truman’s were a big brewer of porter and one of many in London at the time. The strange name is taken from an old porter brewer, who left behind very useful notes on porter brewing and how there were both fresh porters and bottled, aged porters which were often blended.

Brewed from the right malt and the right barley to an 1840s recipe. It’s a damn good, enjoyable porter that’s actually approachable. Robust, with chocolate, smoke and a surprising amount of hopping. There’s some acidity too, likely to mellow over time. But this means it could certainly be aged further to compare to how it is drinking now in 2021.

Goose Island may have sold out to ABI, but Obadiah Poundage shows that with these substantial resources they can be involved with and help produce some worthwhile new beers in the future, even partnering with smaller craft breweries in the process.

Find out more about this interesting beer in this video.

Obadiah Poundage is available from Beerhawk for about £8.