A Case of German OktoberfestBier 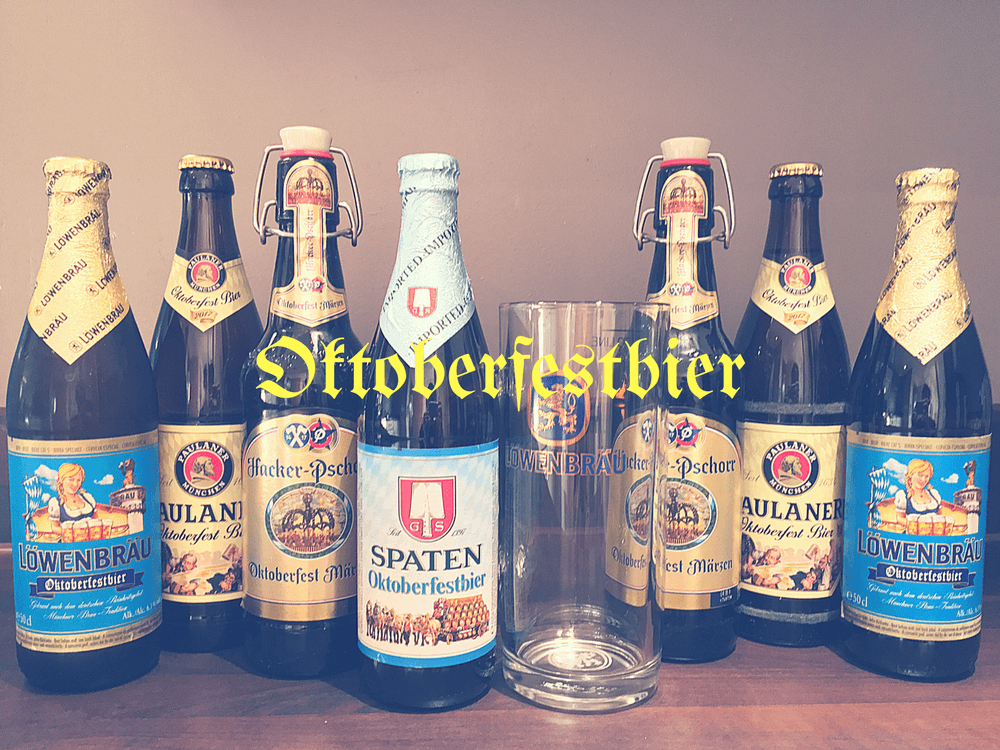 The style of beer served at Oktoberfest is Märzen, a strong, full-bodied type of lager. Traditionally brewed in March, which is where it gets its name from, it is a celebration of the time when brewing could begin again in Bavaria.

In the past, it was hard to brew beer in the summer months, due to higher temperatures spoiling the beer.

Can any old brewery call their beer Oktoberfest? Well, no.

If the beer is from certain Munich-based breweries it can call itself an Oktoberfestbier. The style is otherwise usually known as Festbier.

However, I’ve since found out that there are exceptions to this though depending on licenses when exporting. 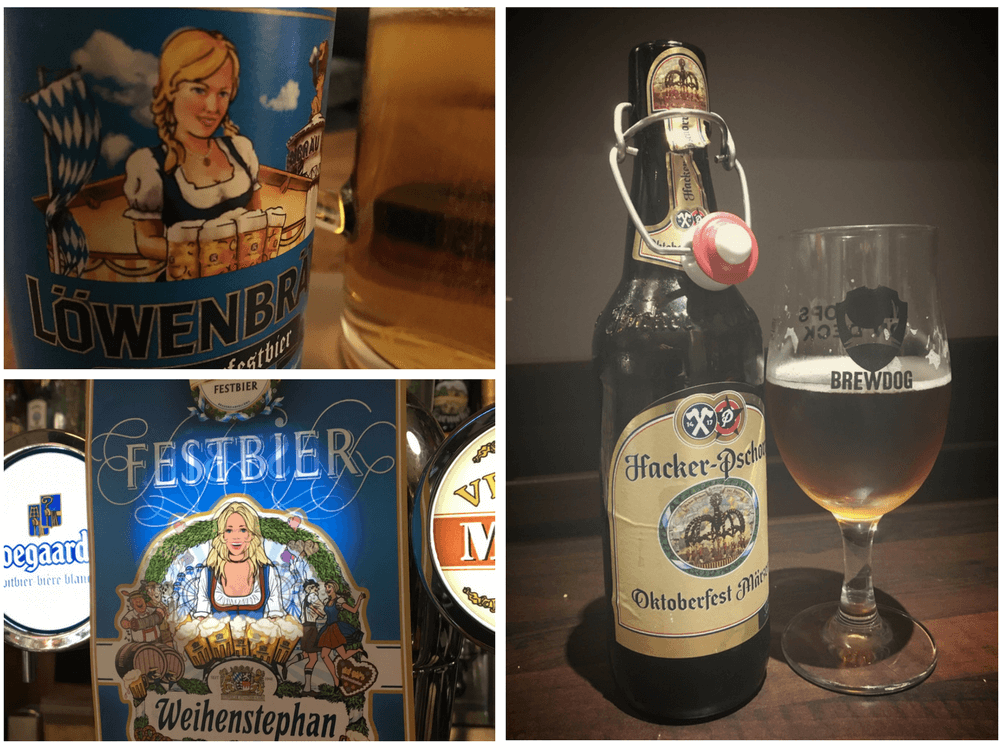 I thought Beerhawk’s offer for an Oktoberfest beer box was reasonable – 10 beers and a glass for £24.

Here are the 5 different beers which it included:

Alas, I was not brave enough to drink in one sitting, instead drinking them throughout September and October.

The best tasting by far was the Hacker-Pschorr, which coincidentally happened to have the most stylish bottle.