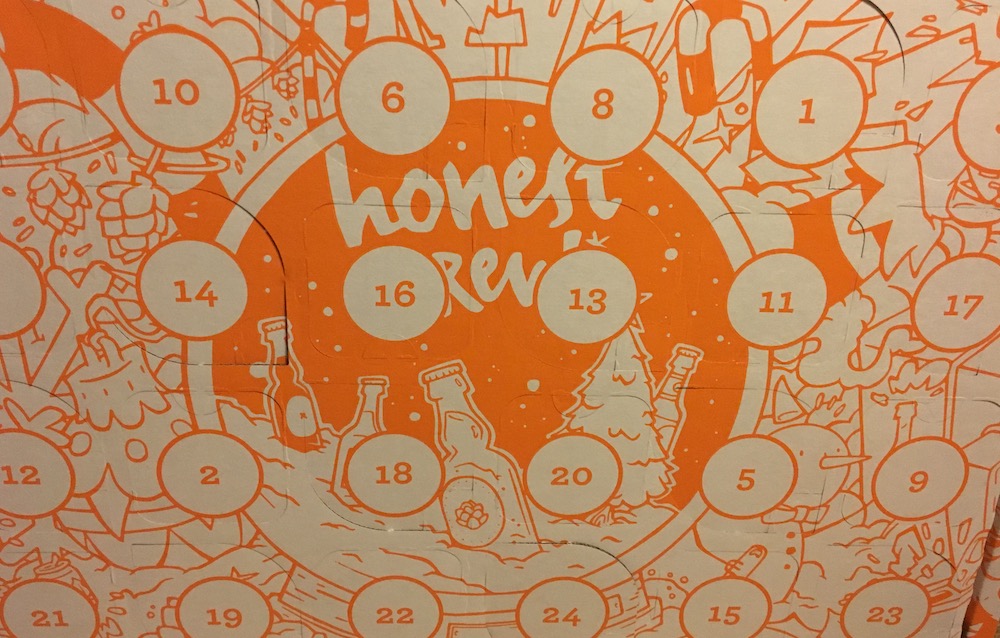 This year I’ve actually got my mitts on an advent calendar for beer.

They seem to be pretty ubiquitous these days, with many breweries and beer retailers offering boxes for the festive season.

But this is the first time I’ve had such a calendar myself – with this one being from Honest Brew.

It makes a change from a daily chocolate, but maybe it’s best not to be enjoyed each morning!

Anyway, I enjoyed demolishing the beers in due course.

Some interesting ones, but maybe not the best calendar out there. BUT, honest brew do have a better one available now for more ££££.

Overall, the calendar had a good choice of excellent, well known and respect beers of different styles, and some more unusual ones from overseas.

An advantage I like about HonesBrew try to keep it so the beers are from independent breweries. This is hard to do now though as breweries like Magic Rock and Beavertown are no longer seen as totally independent, having lost some of their craft credentials with stakes of their business being sold to the Macro brewing giants.

If you’d like to see what else is available, then please check out this post for the currently available craft beer advent calendars for this year.