A Visit to Beavertown’s Taproom in Tottenham

The May bank holiday weekend sunshine was a good excuse to finally get to check out the Beavertown brewery taproom, which, for me, is just a few miles cycle away.

The highly-rated brewery is open most Saturdays from 2pm, and it was buzzing when my wife and I arrived, which was after 3.

A large area for tables are lined up outside the brewery, with food stalls dotted around. As for getting a drink, a well organised queuing system runs into the brewery to the taproom.

A table for takeaway cans is also setup inside the brewery, which sell 6 cans for a very reasonable £12. 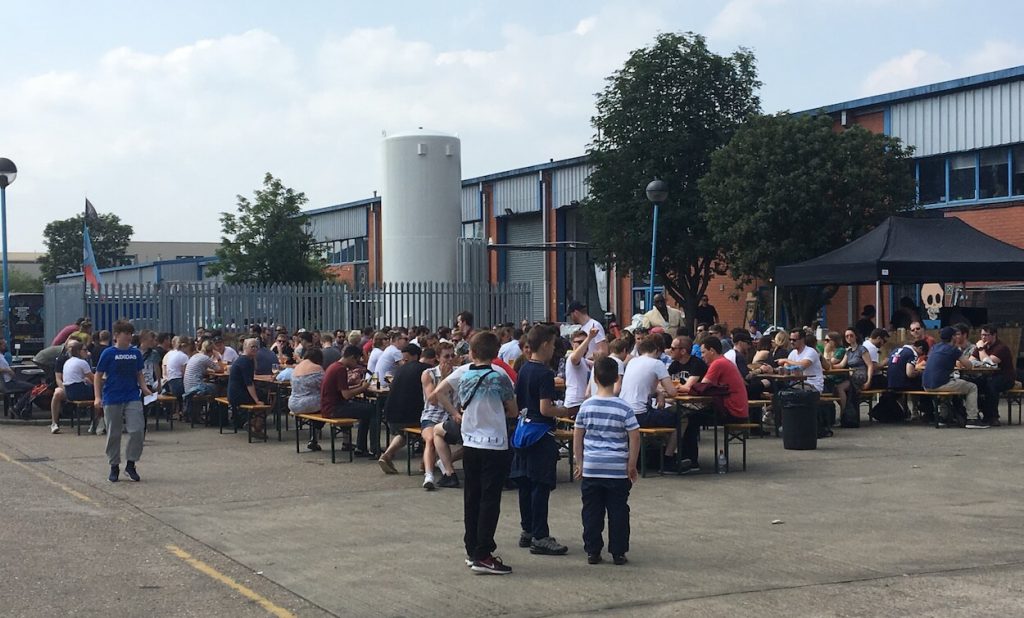 The taplist had most of Beavertown’s core range, with a few specials, including the seasonal Bloody ‘Ell blood orange IPA. The guest beers were from 3 Floyds in the US. 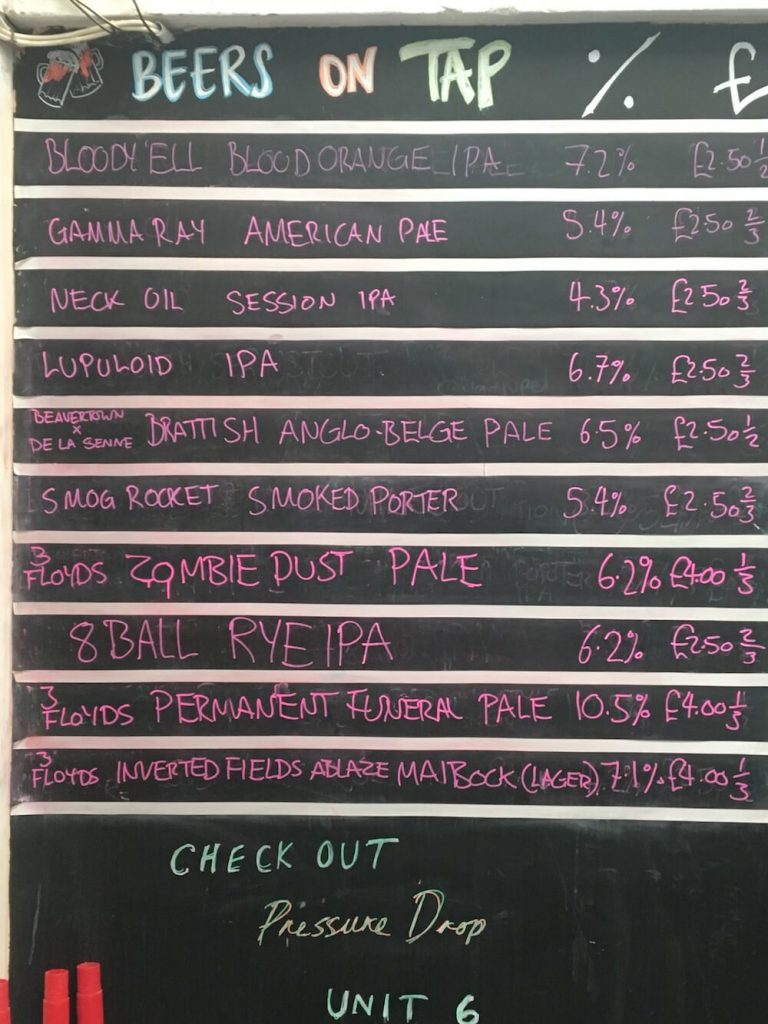 I got four beers, after joining the lengthening queue. The system seemed to work pretty well and was pretty relaxed, despite the heat. Glasses are £2.50 deposit each, which can be returned quickly afterwards.

I enjoyed all these beers, but my wife and I agreed that Lupuloid might just be edging it. I’ve had this beer before but not as fresh as this. A very good and well balanced IPA with Citra, Mosaic and Equinox hops. 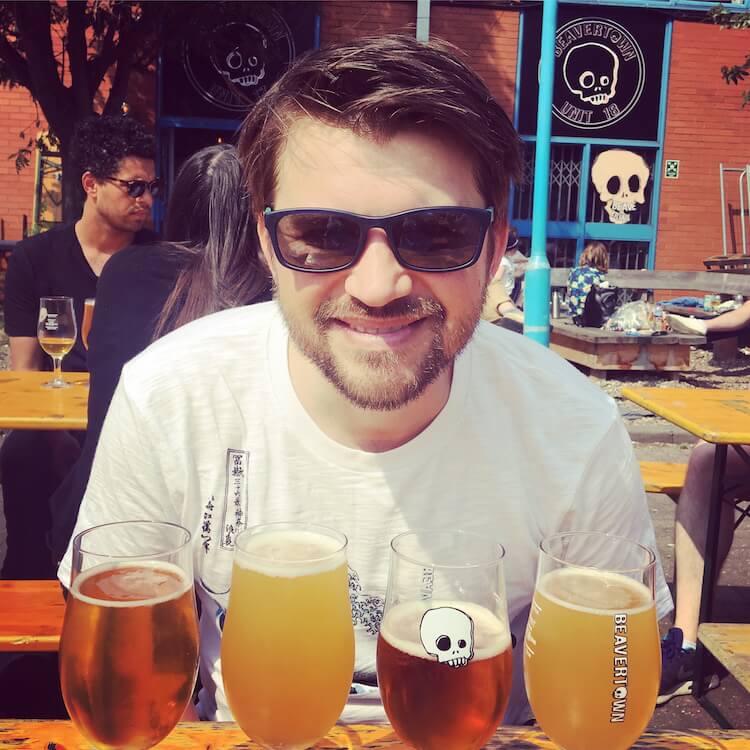 The brewery has big plans. They have the second Extravaganza event in September, as well as increasing capacity by using contract brewers before their ‘Beaverworld‘ expansion plans take shape. It will be interesting to see if they do indeed sell a stake of their brewery to Heineken to fund this expansion.

I certainly hope they don’t sell, but I can see why it is attractive for both parties.

Edit: They have indeed sold a stake of the business to Heineken.

Beavertown have a fleet of colourful vans.