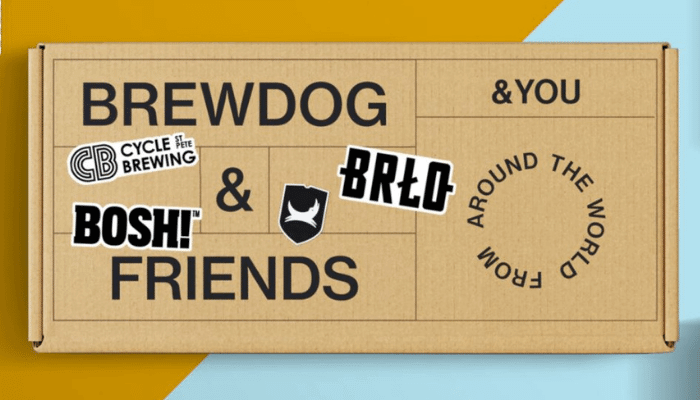 The recent bout of sensational weather here in the UK was bound to come to an end at some point, much like England’s promising start to the Euros will likely end with disappointment, perhaps from an own goal from one of our much praised Wunderkids.

I arrived home recently after a downpour to Brewdog’s latest box of beers from their new beer club – ‘Brewdog & Friends‘ which claims to be ‘the world’s most sustainable beer club’. A claim which is hard to verify, but I’ll give them the benefit of the doubt for now. Much like my shorts on arriving home, the box of beers was totally soaked through.

The club promises 8 beers a month from Brewdog and Friends. Four beers from Brewdog, and Four from their Friends. Brewdog’s friends seem few and far between after a recent well-publicised open letter from former staff, which complained about a toxic culture created by co-founder James Watt. The beer club has also generated a number of negative reviews from a Brewdog Fan Facebook page I’m a member of. But I will make my own mind up.

I joined in time to receive the second month, taking advantage of their ‘first box free’ offer, and found the following in my box:

I’d comment on the packaging, but it fell apart quickly after getting wet. Sustainable? Yes. Not an issue. Beer is luckily waterproof unless you open the can up, right?

Plus, the raindrops made the cans maybe more interesting than they were, with the water artfully arranged like an expensive ad for a refreshing golden lager on a billboard.

This club, I think, is a relatively good idea, if they can get the balance of beers and information right in the box. Why not include a small Tony’s Chocolonely bar of chocolate along with their beer? This would make it a bit more special and promote the ‘friends’.

One thing though, to call your brand new, 2 month old beer club the best beer subscription box ‘The Best’ is a bit much. I know it’s for SEO (I am one), but still, who said it was the best, yourselves? As your own fans have not from what I’ve read online.

I stayed with one of their previous beer clubs, Fanzine, for some time before that was stopped.. At first they were sending 3 beers every few weeks. That pace was certainly not sustainable, and it ended up being sent once a month instead.

Quite how long this new version of Brewdog’s beer club will last until Mr Watt has another PR chasing scheme is anyone’s guess.

Personally, I was happy with Mikkeller’s Vienna lager, in the box, but I know many were not happy with two lagers being in the same box!

For me, Vienna lager is a style I do not see too often and something I was looking out for. I guess these things are like buses though, as I’ve now had a few beers of this style in the last month. 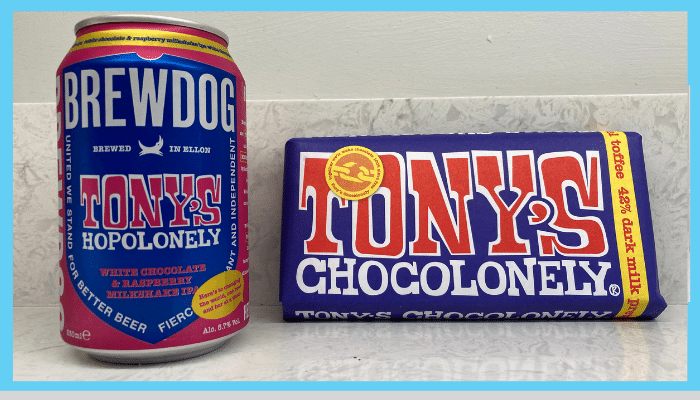 We are no strangers to Tony’s Chocolonely in the Bacchanalian household, so this is a collaboration I could get behind.

I was expecting to hate this beer, but actually, due to my sweet tooth I found it quite unusually tasty. Yes it’s sweet, but not in a cloying, thick way.

I am going to attempt to pair the second can of this with some chocolate, having been inspired by my recent Chocolate and Beer tasting session.

This is a good leftfield inclusion to a beer club such as this, being tied with a food company with a focus on sustainability.

It’s been a while since I’ve had any beer from Beer by Numbers and this was a clean and balanced pale ale. Better than Brewdog’s pale ale and what you want from a modern pale ale. Nothing special though, and not something I’d join a beer club to receive.

Lost lager is fine for getting in a cheap stock of lagers for gatherings, but not sure it should be in a monthly beer box.

Recently, I did have an order for Brewdog for beers for the Euros, and I opted for some ‘Trash Can’ lager.

This lager is sold in old printed cans with a label stuck over the top. This is a good idea, why not include something like that instead of Lost Lager? This would certainly be more of a nod to sustainability and reducing waste.

The club is easy to cancel online and I did so without having to call a number like you do with Beer52.

I did not seem to manage to do this in time before the payment was taken for the next month, so got to try this one too. 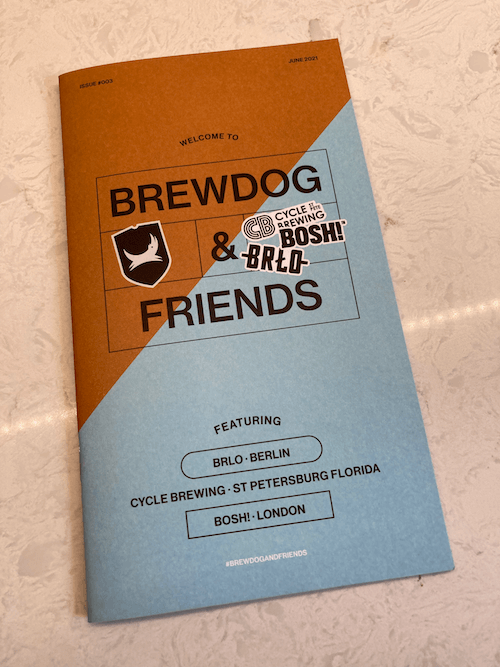 This month, everything remained intact, and there is even an accompanying booklet, which I don’t think was included the month before.

The booklet introduces each beer in the box with tasting notes and includes a few other features, recipes and news. It’s good, and it’s a shame I did not receive this booklet with the previous month’s box. 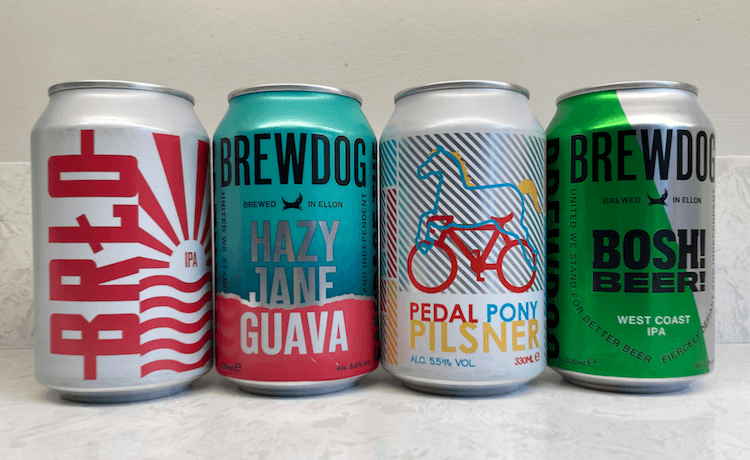 The beers in my second month were the following:

I’ve got the BOSH! Cook Book, which I use from time to time for a bit of inspiration for plant based recipes. I tend to add real cheese to the recipes though. Sorry.

I’ve had a can of this and it is a pretty straight up West Coast IPA but quite balanced with not a crazy amount of piney flavours and bitterness, as it is only 30 IBU. Was expecting a bit more, with a name like BOSH!

In the booklet there is a recipe for Jackfruit tacos. Love me a bit of Jackfruit, I may give that a go. A nice collaboration to do – we should all eat some more plants to help the planet.

I can’t comment on the beer yet, but I quite like the text they have in the booklet, it is the opposite of what Brewdog are like, allegedly.

“Should you care that we take care of our staff? Maybe, I mean we do, but is that why you are buying our beer? Cool if you are I guess but not being total assholes seems like a super low bar to clear as humans so it feels dumb to promote and celebrate that.”

Overall, I am going to say that for £19 a month, you get 8 beers and a book guide. I think it is tough for Brewdog to prove the value at the moment as their beer is so cheap online or in supermarkets. It’s not terrible, but I just don’t feel excited about it.

It’s not for me, there’s too many other beers from other breweries I’d rather try which I’ll source from my local bottle shop.

Did you try Brewdog’s new beer club? What did you think?