It did not take too long in Madrid to find a bar for a few beers, as it turns out a new beer bar had opened fairly recently right opposite our hotel.

It is interesting to see macro brewers getting in on the taproom craze, producing special beers available in such establishments, and judging from the swanky rustic-chic décor in this taproom, no expense had been spared!

You can have any beer, as long as it’s San Miguel

I went up to the bar and the chap in front of me was ordering a paddle of 5 beers, so I decided to follow suit. My wife is well aware I now demand at least one paddle of beer per holiday!

My Spanish was a little rusty (una cerveza is about as good as it gets), so there were a few crossed wires as I was trying to explain where we were sitting and that we had already ordered to about 4 different staff.

Lots of arm waving and ‘trying’ different phrases later I obtained the paddle, a small tapa and was charged a very reasonable 8 euros for the privilege.

I was actually very surprised in the quality of the beers, which showcased San Miguel’s ‘cerve city’ beer range, brewed with speciality malts and yeasts.

The beers seemed fresh, well made and were interesting to taste alongside each other.

Overall, some very interesting, well made beer, with minimal hopping. It’s especially useful to help understand what different malting can do to a beers flavour. 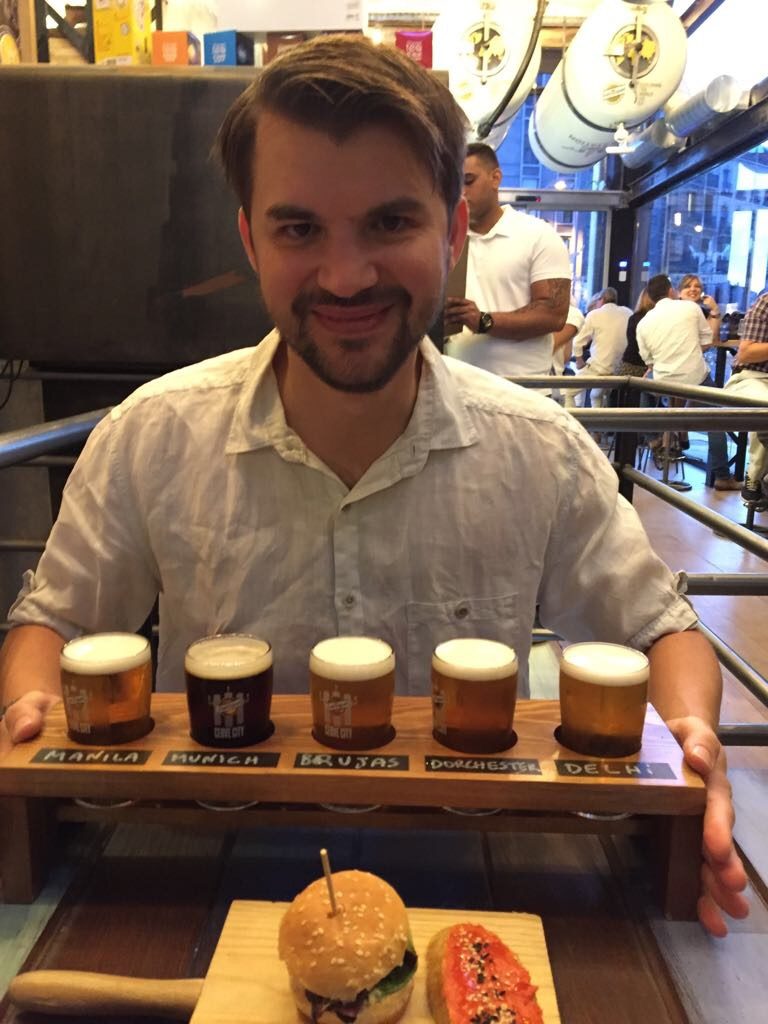 I’m happy with a paddle of beer. Whoever makes it…