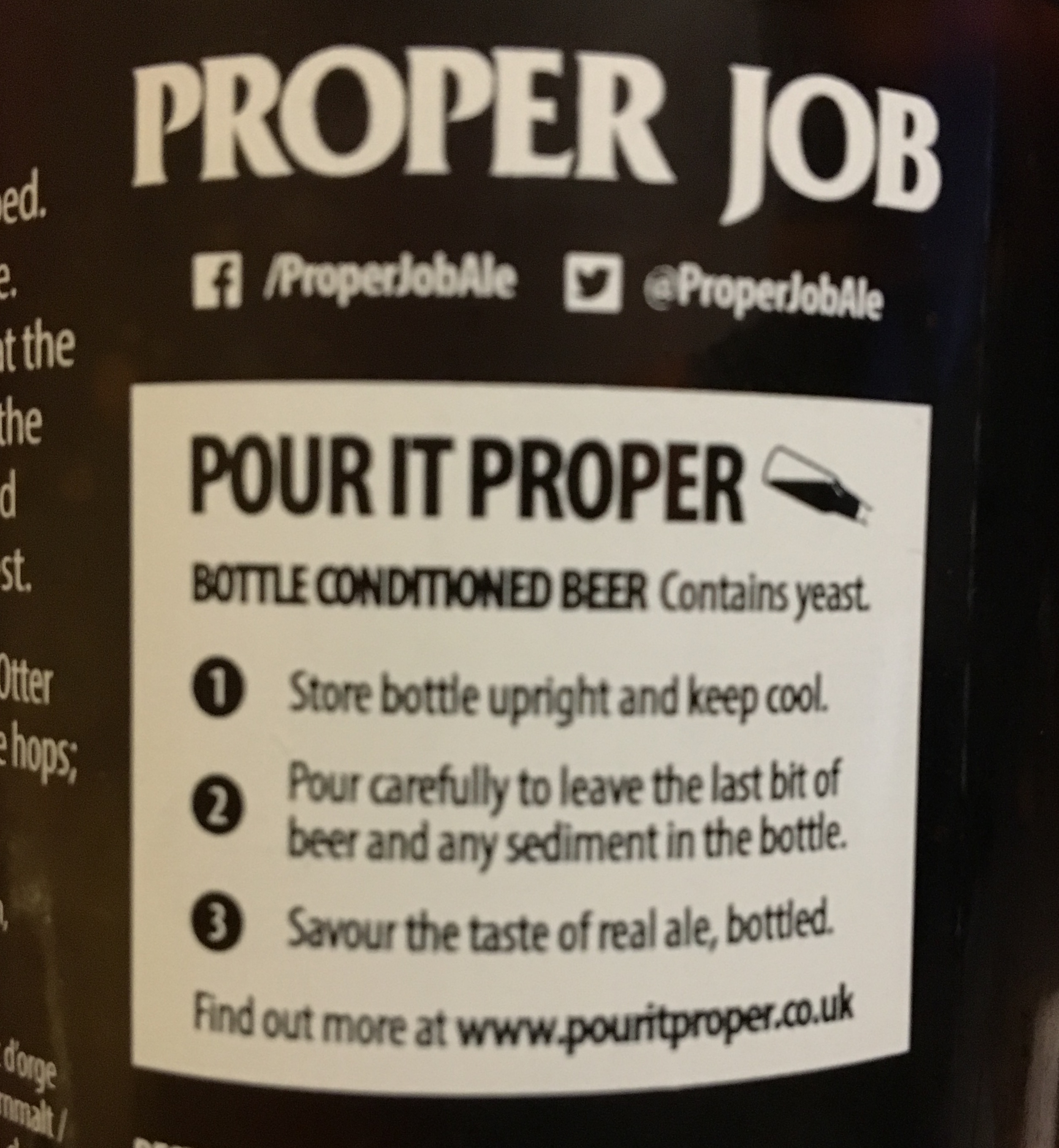 I’m a big fan of this beer, especially when spotted on Cask since drinking it at CAMRA’s Great British Beer Festival.

The last time I supped this award-winning ale was at the Great British Beer Festival last year, when I had one of these on cask to kick off the event in style.

Can’t remember too much about that one though, for some reason…

Proper Job is featured in ‘1001 Beers to Try Before You Die’, a and coffee table book I acquired recently.

The tasting notes in the book state that the beer has ‘Resiny hop’ and a ‘fruit bowl of pineapple, melon and guava.’

I’m not sure it is all that fruity, that could almost be part of a balanced diet, right? 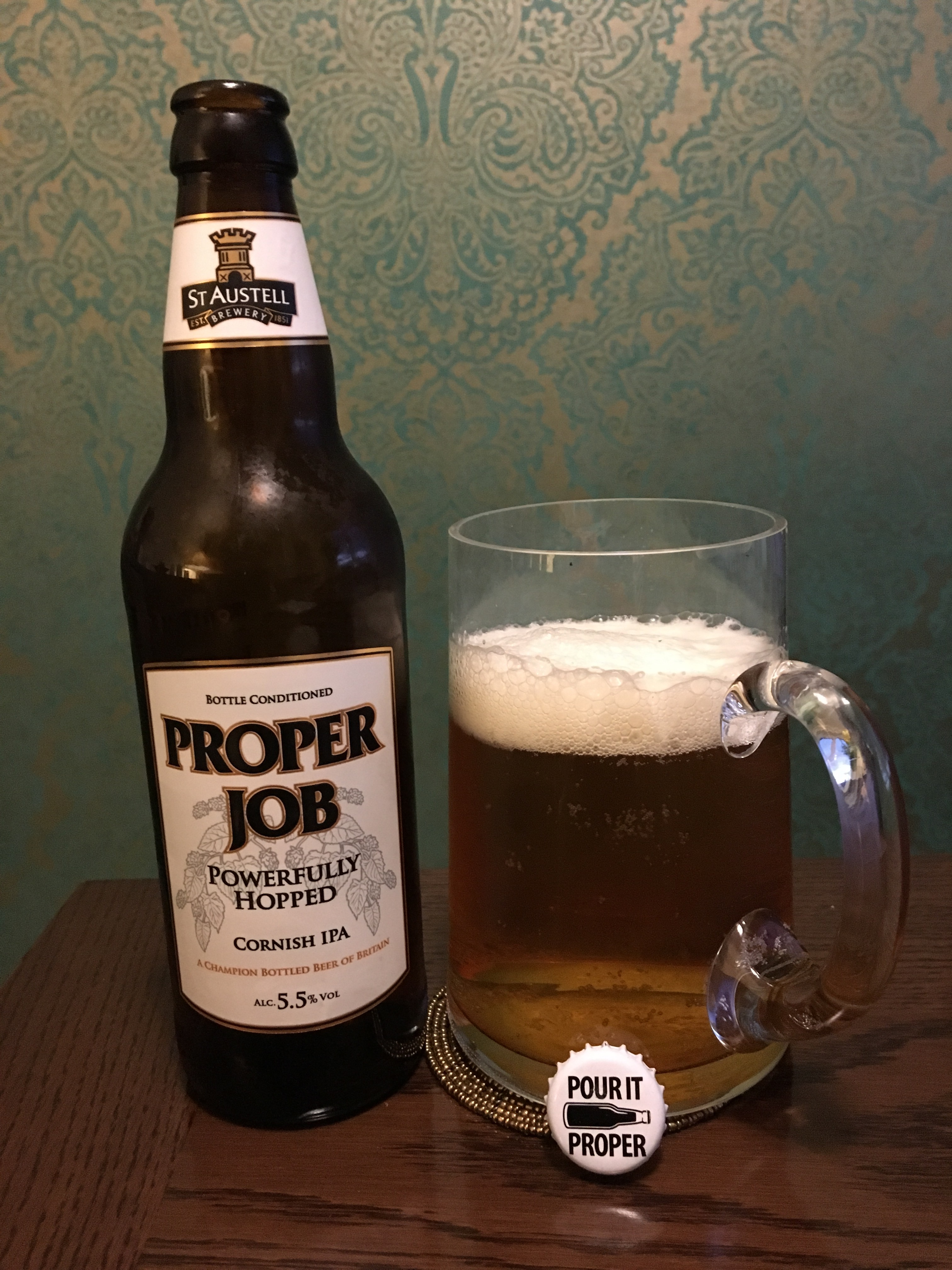 This bottle conditioned beer is a 5.5% Cornish IPA.

This beer contains Cornish grown barley, and certainly has influence from American IPAs with the hops used including Chinook, Willamette and Cascade.

See also  Tasting a Few Ales from Thames Side Brewery