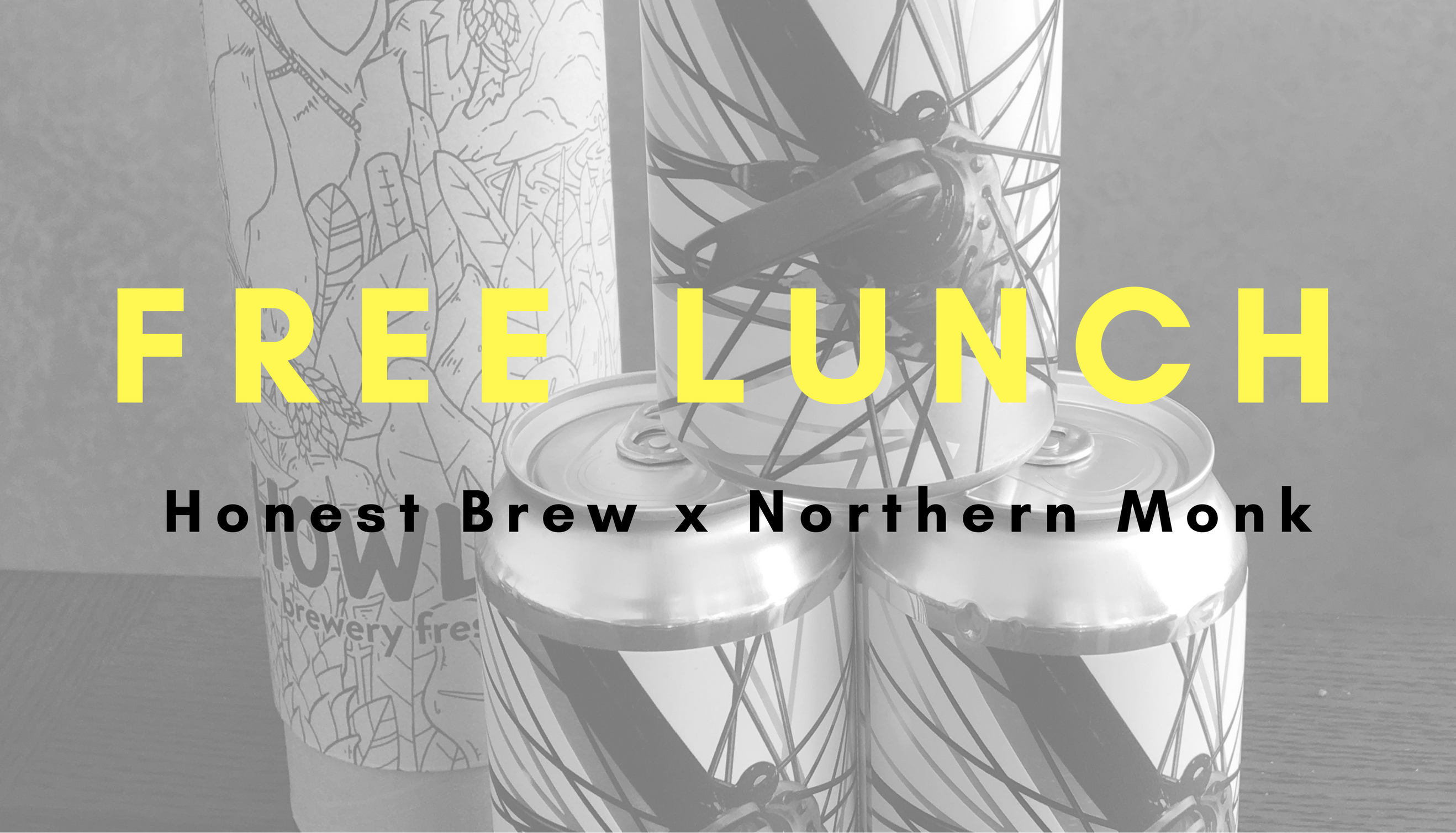 There’s something special about free beer.

It’s even better when it tastes good, arrives to your door, and there’s three cans of the good stuff brewed by Northern Monk.

The free beer giveaway was thanks to online craft beer purveyors, Honest Brew. You may ask why Honest Brew were giving away beer, when they are supposed to be selling it.

Strangely it was all thanks to winning a cycling competition.

Not sure how they did it and it took them six months of peddling, but Honest Brew smashed 50 other startups in Braintree’s ‘Tour de Tech‘. Perhaps it might had something to do with needing to work off all that beer they must guzzle all day long.

For this feat they received a prize of £40k, with one caveat – spend this fine sum on a marketing campaign.

Instead of just using the money as additional promotional spend – they decided to do something a bit more unusual – create and give out some free beer to their fans. Amazingly, the fans had some control over what type of beer was made, too.

To get my shaking mitts on the beer, all I had to do was fill in a survey with what kind of beer I’d like to see, and come up with a name. The votes were then collated and the recipe worked on with the brewery.

It was not really a surprise to me when a citrusy, zesty and hazy IPA was chosen as the clear winner, what with this being a popular style amongst many. The beer, called ‘Free Lunch‘ was brewed by the respectable chaps at Northern Monk, and very delicious it was too.

The can has an excellent spoked wheel design, as a nod to their love of cycling and the original tech competition.

Here’s a picture of the back of the can. 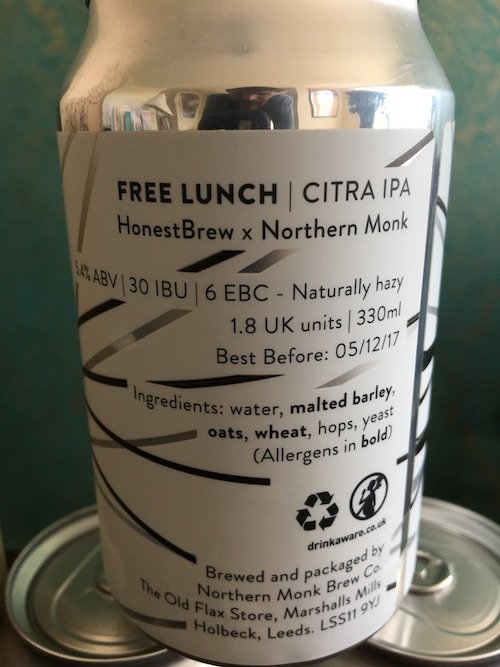 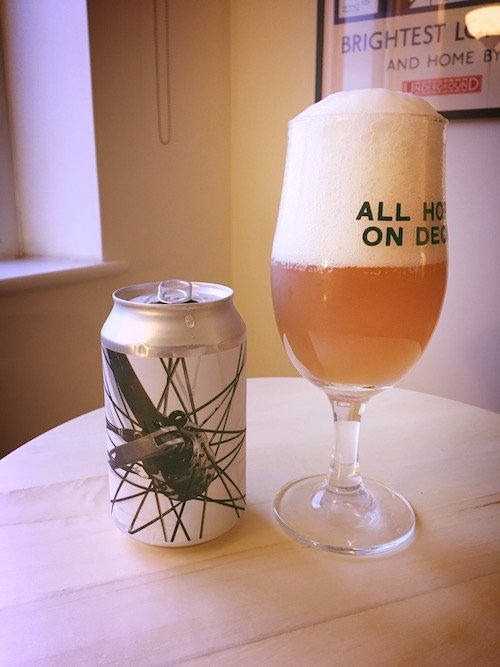