I Visit London Brewers Market with a Hangover

I’ve been meaning to visit the London Brewers Market for some time and finally the heavens aligned on Saturday.

Organised by the Five Points Brewery, the Brewers Market visits various sites around London semi regularly and it involves many independent breweries selling their wares.

The market had teamed up with the independent record label market, and taken over Spitalfields, a convenient location to meet a friend who was travelling into town.

Sadly, I felt a bit tender from the evening before, after sampling some excellent ales from Burning Sky at Brighton’s Tap Takeover festival. But that’s another story entirely… 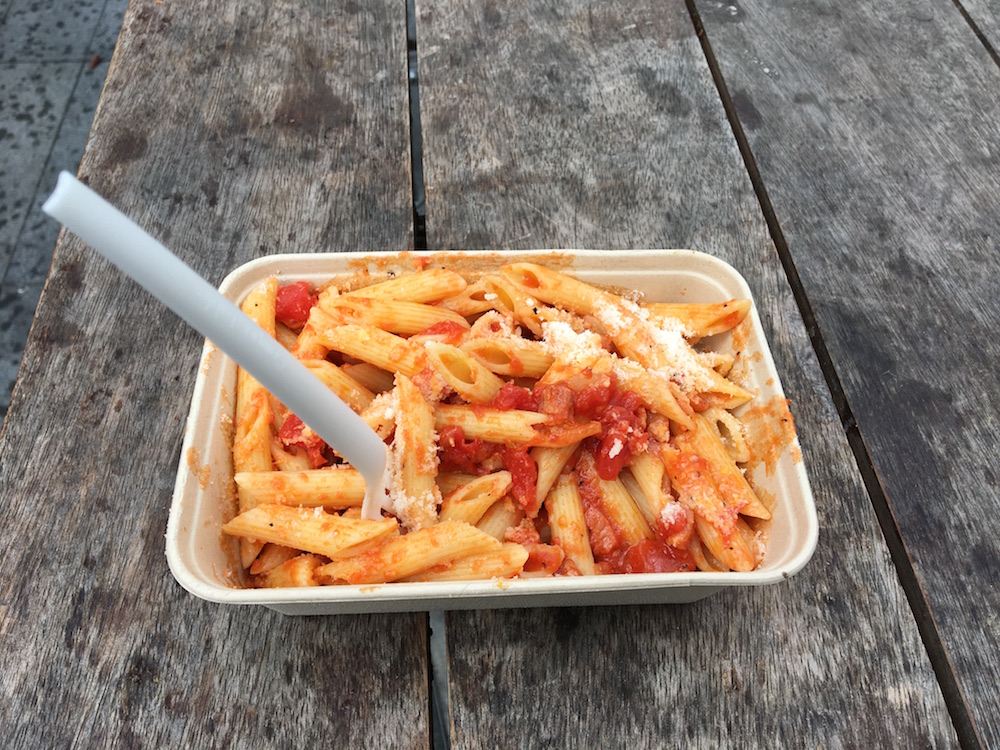 After arriving I prepared as best I could with coffee, followed by a delicious bowl of pasta from one of the many food stands dotted around.  Then I set about the task to pick a few beers I could handle in my weakened state. 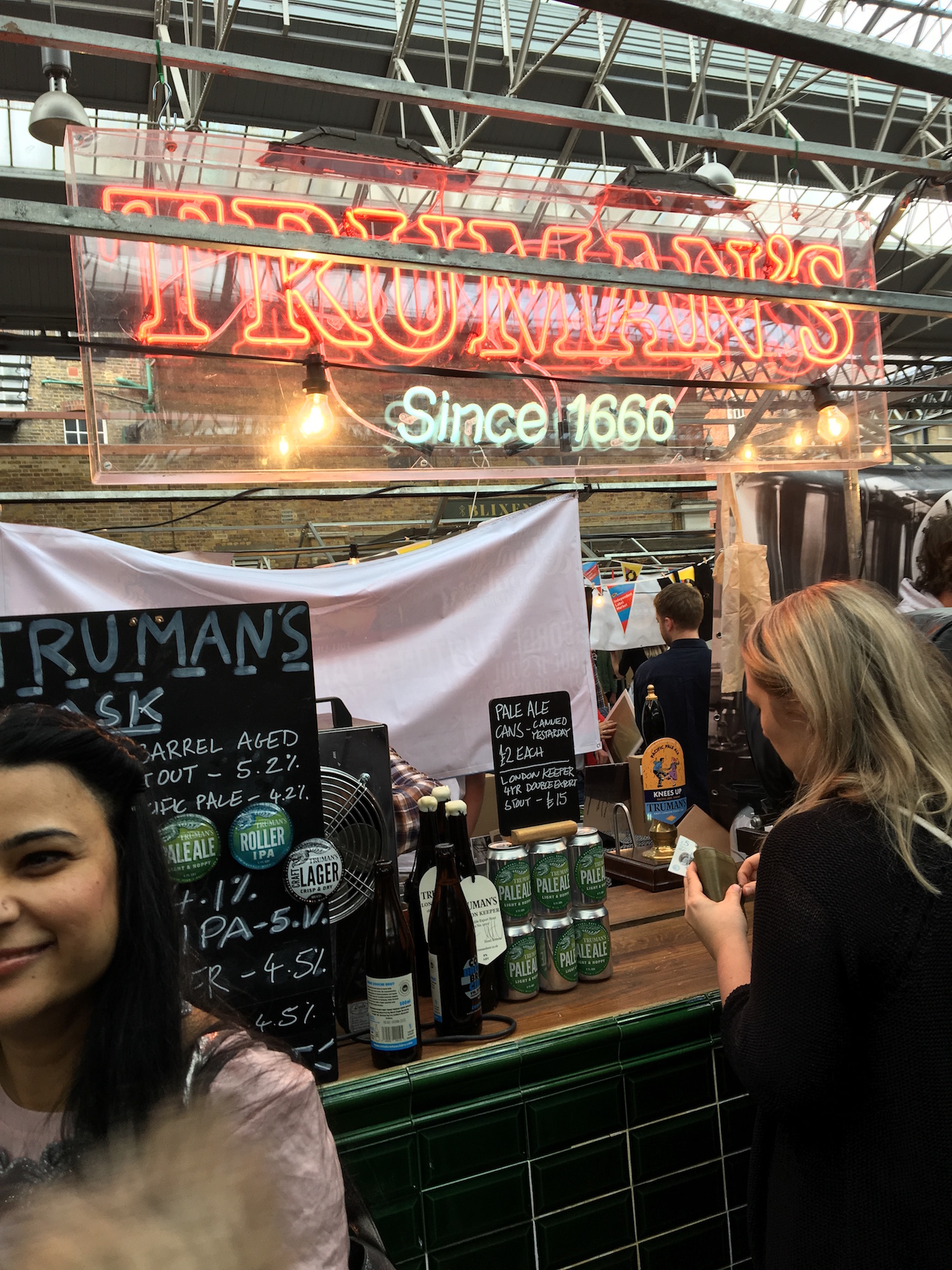 It felt like a good idea to begin with a pint of cask from Trumans, the ‘Knees Up’ NZ pale ale. This style works well on cask – Mother Brown would certainly approve. They also had an interesting barrel aged thing going on, but I passed on that one.

I then opted for a Blood Orange Wheat DIPA from One Mile End, a brewery I’m not too familiar with (as well as it being from the stand next door to Truman, with no queue). With it’s wheaty fruityness I can see this beer working better in a can at home on a scorching day. In my fragile state it was a wise choice, as I can imagine it containing a ****-ton of Vitamin C. 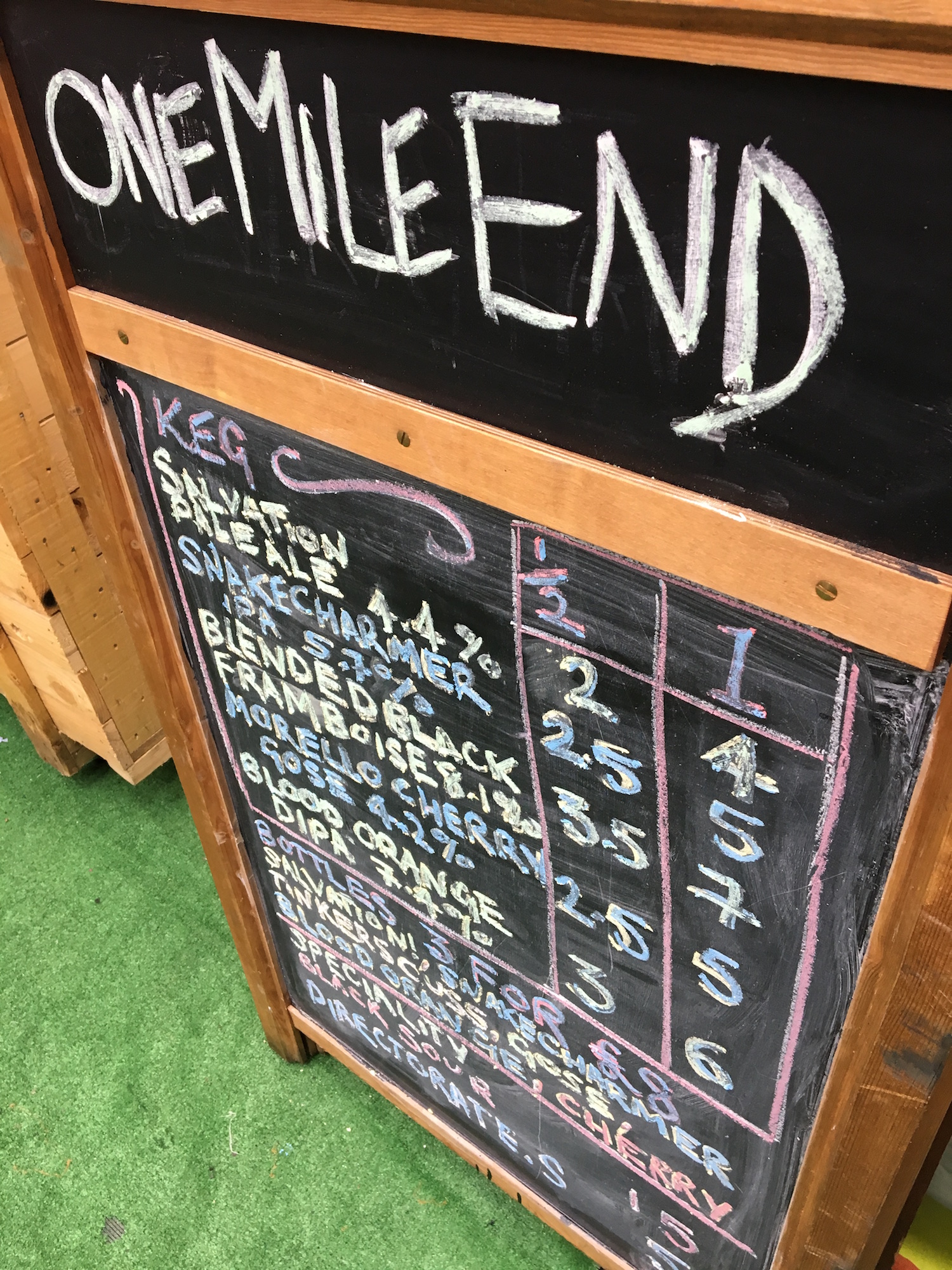 Next up was Anticipation, a Signature Brew and Yeastie boys collaboration. It has the dry crispness you expect from Japanese style rice beer but had a crazy amount of herby spice going on. Not sure what exactly, was probably the Sorachi Ace hops but to me it tasted like thyme. Would probably a 5 star beer with some sushi, but to me on Saturday it was a big thumbs down. Reminds me of some horrible ‘craft gin’ I had the week before, and that’s not a good thing. 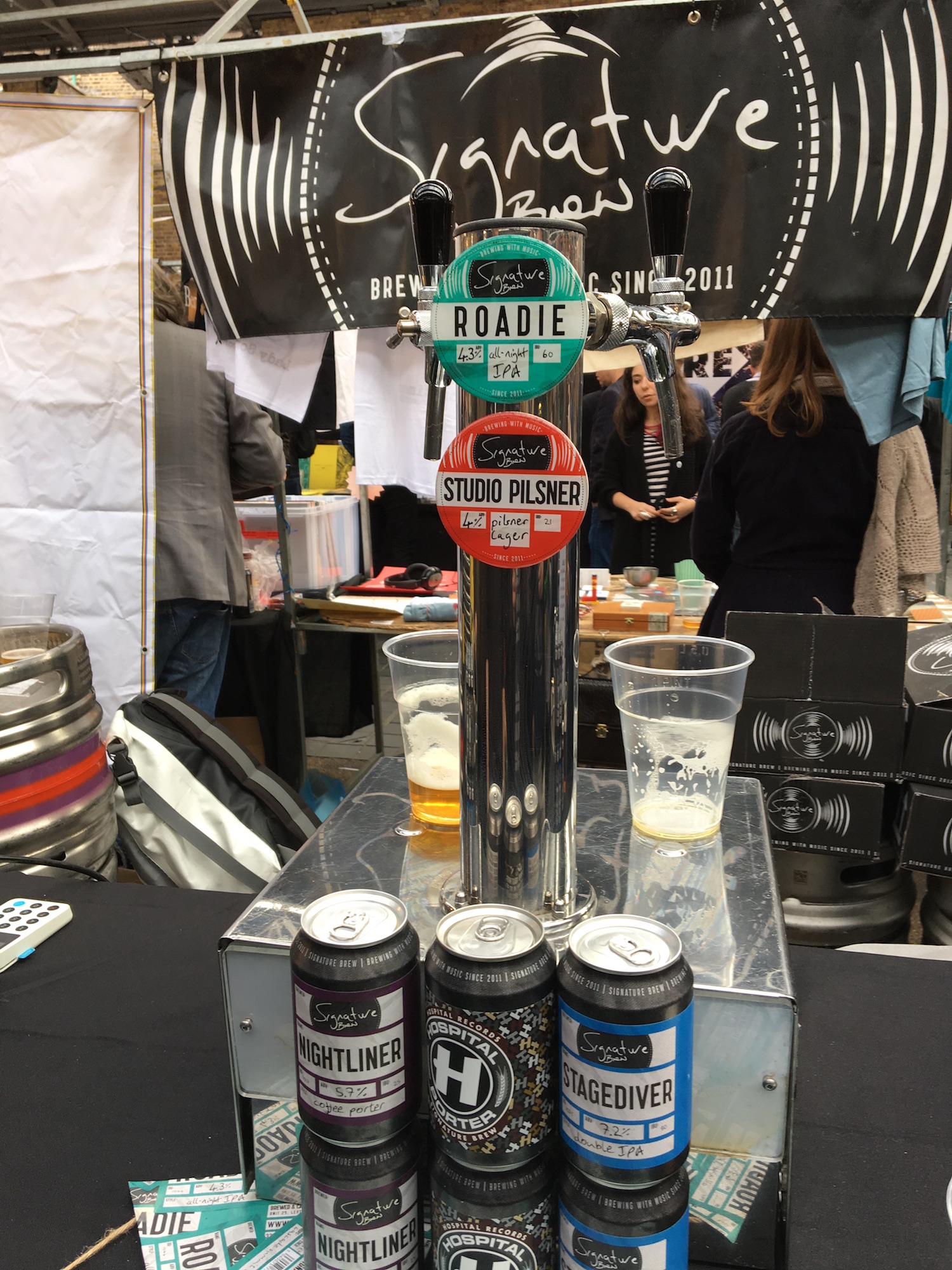 After that I decided to visit Fullers’ as I’ve wanted to try a Vintage Ale for a while, so I bought the 2016 vintage. Many of the breweries at the fair actually had quite a few of their more unusual strong imperial stouts and other styles on offer to take away, so it’s a great place to replenish stocks or for gifts. 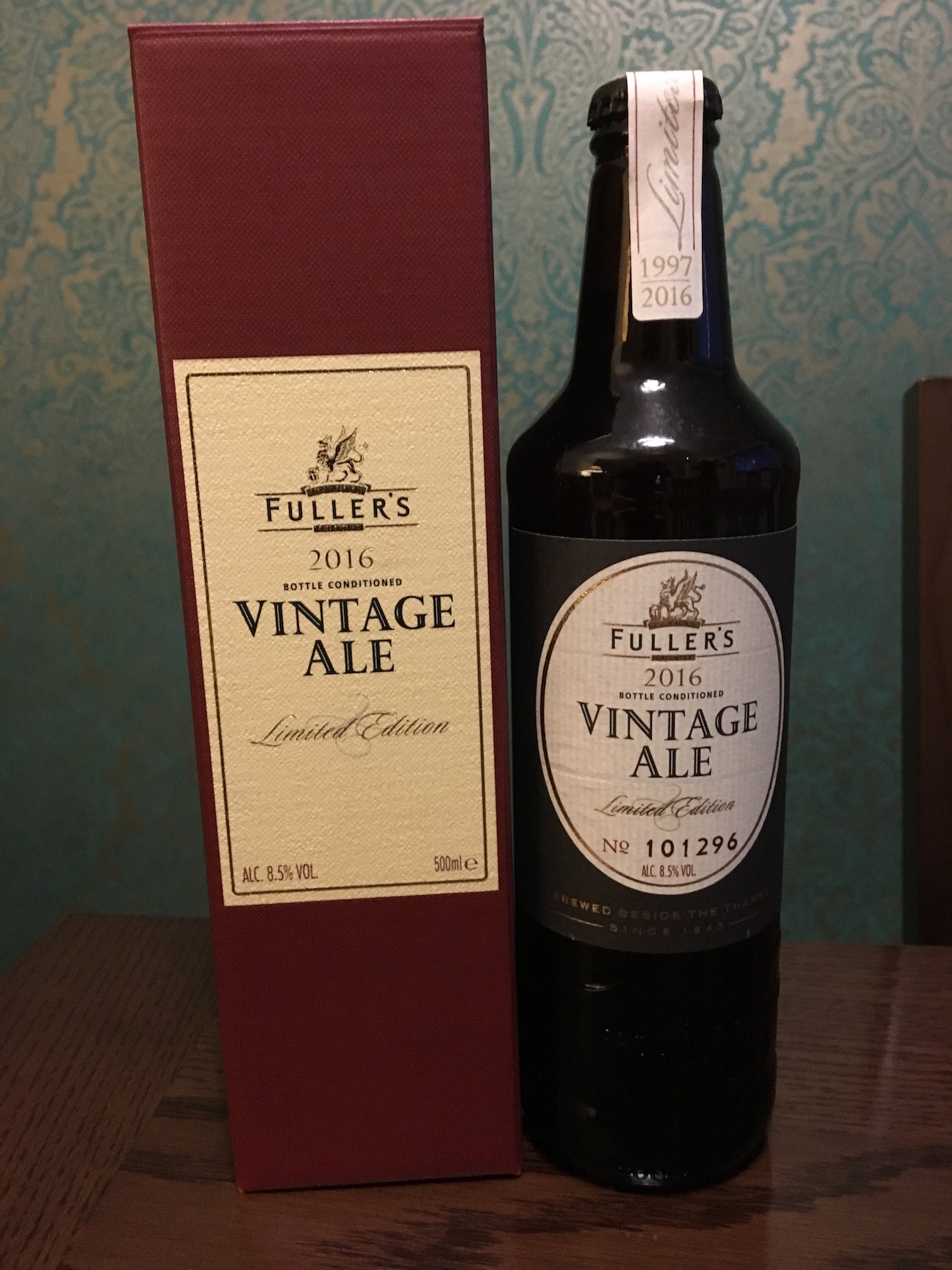 While at the Fuller’s stand I opted for a half of Frontier, as my impending wedding may end up with this on tap as the lager. It’s pretty inoffensive so it should not freak out any guests who drink Carling, right?

I’ll certainly return to Brewer’s Market when I can and make a real go of it, but if you’d like to go then I recommend their Facebook page. Their next event is in May in Greenwich.