Several years ago I lived in Islington a while, just off Upper Street.

Although back then there was no shortage of excellent pubs, bars and restaurants, there’s been a marked increase in a number of specialist beer bars springing up.

I was pleased to see that Islington’s Hammerton Brewery now have a bar called ‘House of Hammerton’ on Holloway road.

With it now being London Beer City week, I thought I’d give it a quick visit on a Saturday afternoon, after a nearby errand. 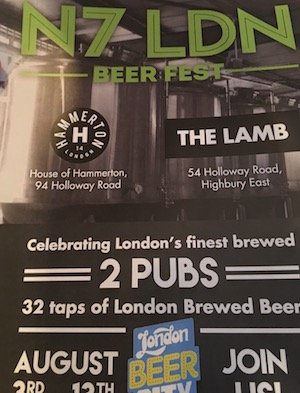 For LBC17 both the bar and the Lamb pub had a total of 32 taps stocked with London’s finest.

Instead of my usual choice of cask, I went with half a Hammerton kegged beer with a ‘Kabanos’. 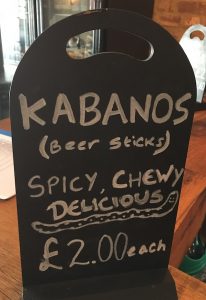 A ‘Kabanos’ or ‘beer stick’ (I prefer beer worm) is actually a Pepperami style meat stick. Seemed to work as a beer snack when you’ve not had lunch anyway.

For a while, I thought I had ordered the ‘Panama Creature’ XPA, but due to my dodgy eyesight, I surely ordered the ‘Apprentice no More’, a Session IPA.

Hey ho, it tasted good and fresh, whatever it is supposed to be.

I then followed up with Chicha, a Peruvian pale ale. Check out that red colour, given from the South American purple corn called Maize Morada. Apparently, this ingredient makes a Peruvian drink called Chicha Morada. 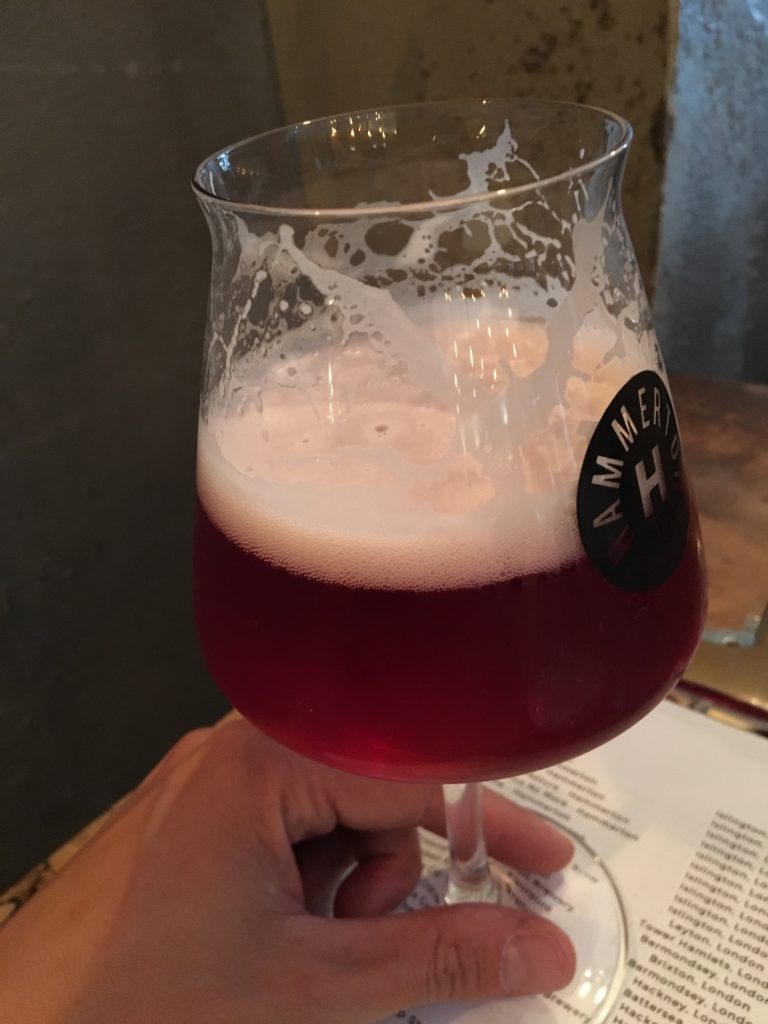 From this colour, you would think it is a fruit beer, but nope. Taste like a pale ale!

This kind of thing makes my brain ache, a bit like those odd black IPAs. Certainly not like anything I’ve ever had before. 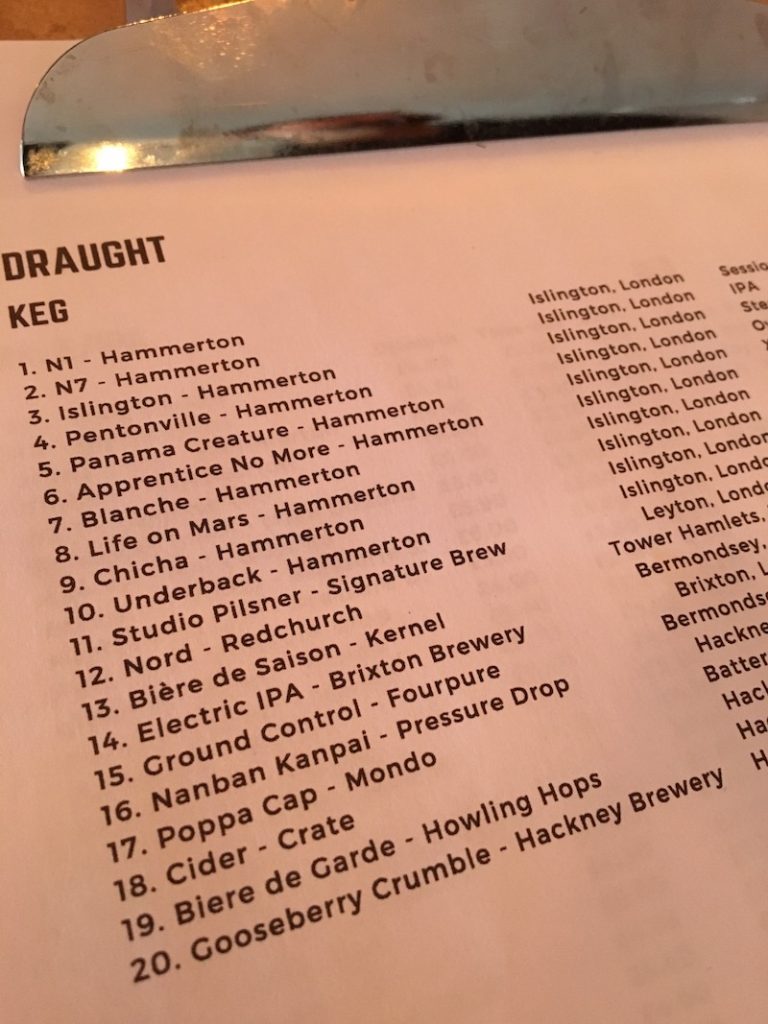 I’d have liked to have made my way further down the beer list, especially to try the ‘Underback’ NEIPA and the ‘Ground Control’ coffee beer by Fourpure.

However, I had orders to head off as had other evening plans – the insanely good Dunkirk at the Imax. The film was so loud that no more beer was a good idea!