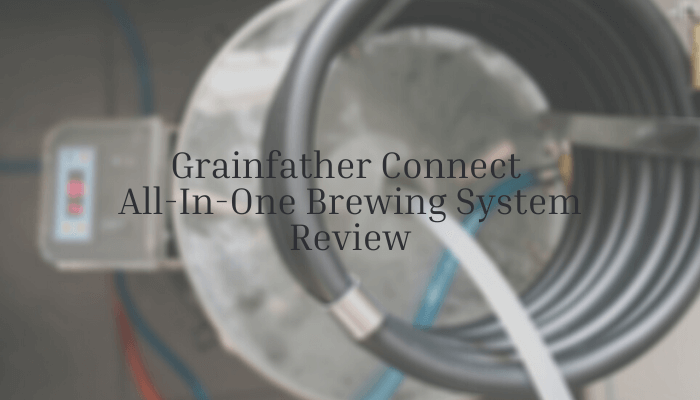 Most homebrewers will probably admit to being obsessive about equipment. Even as someone who brews small (10-15l) ‘brew in a bag’ batches on my stovetop, I’ve found myself relentlessly searching for the perfect piece of kit that will make my brew day better, quicker or more efficient.

Recently a product came on the market that really piqued my interest – the Grainfather. It’s a (nearly) all-in-one solution for brewers, taking care of mashing, sparging, boiling and cooling, all in one compact vessel, for the reasonable price of £650-£750. There are other machines out there that have similar functions, such the Braumeister, but they cost a lot more and is far from the price range of a normal small batch start-up brewing setup.

As luck would have it, the guys behind the Grainfather got in touch to see if we’d like to review their machine. After a few emails back and forth, the shiny stainless steel contraption turned up at my doorstep ready for a test run. Seeing as I had only time for one brew, I thought I’d throw caution to the wind and brew a big, meaty imperial stout to put the machine through it’s paces. 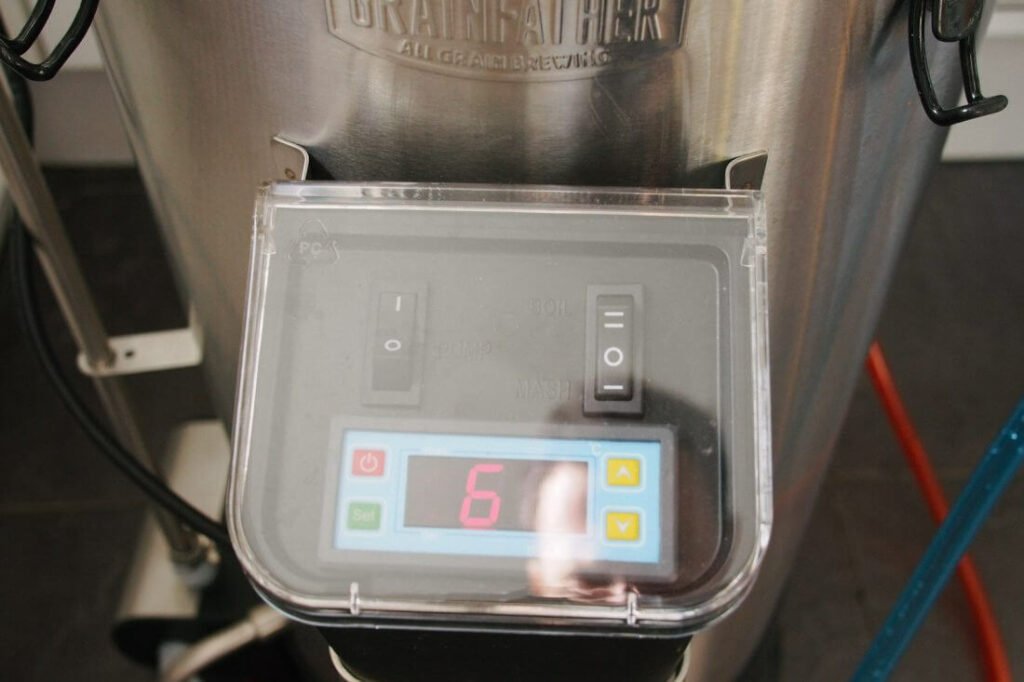 My first impressions of the kit were pretty positive. The assembly was straightforward and after watching a few online videos, I got to grips with how to clean and brew quickly enough. It’s easy to see how they’ve kept costs down on the Grainfather, using existing temperature controllers and boilers and doing a bit of retrofitting to make it more suitable for homebrewing. It’s a pretty ingenious solution which keeps the price low, without compromising too much on features. 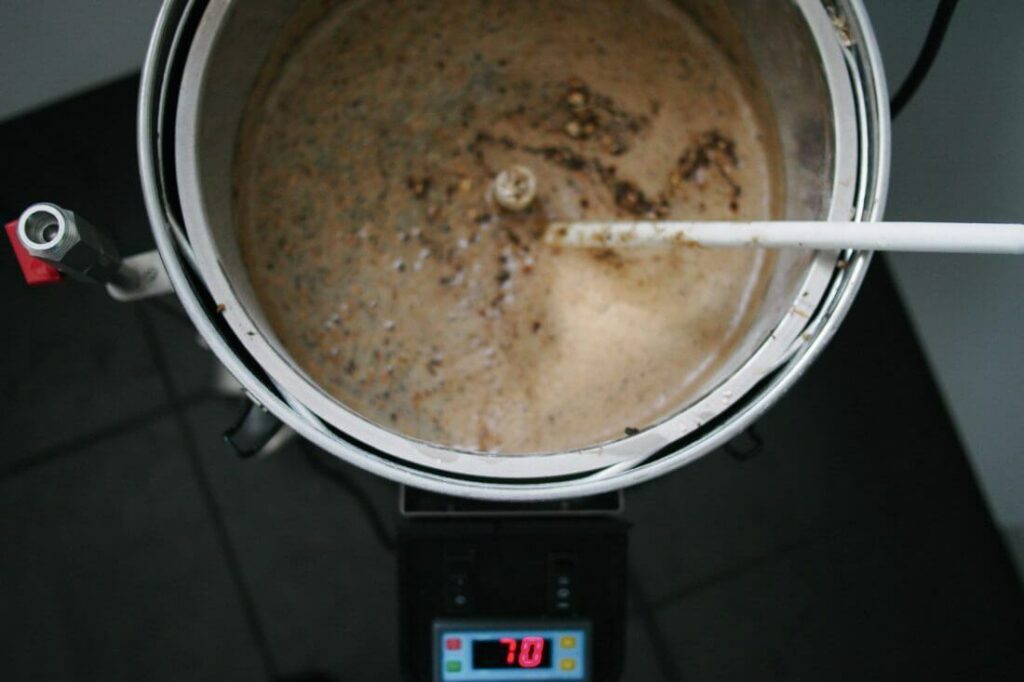 I mashed in with around 23 litres of water and 7.5kg of malt. A slight downside of the system is that you must keep to a very specific grain to water ratio, as the system pumps the mash water continuously through the grains and needs a specific balance to keep this running smoothly. Going for an imperial stout recipe was probably a silly move for this very reason, but still good to test what is possible with this setup.

It took around 30 minutes to get the 23 litres to the correct temperature, and then I was off. The grainfather lets you dial in the temp to a consistent degree throughout the mashing process, which gives you a lot of flexibility, including the possibility of multiple step. I used a single step mash, and saw the temperature go up and down a degree but would always stay fairly consistent. 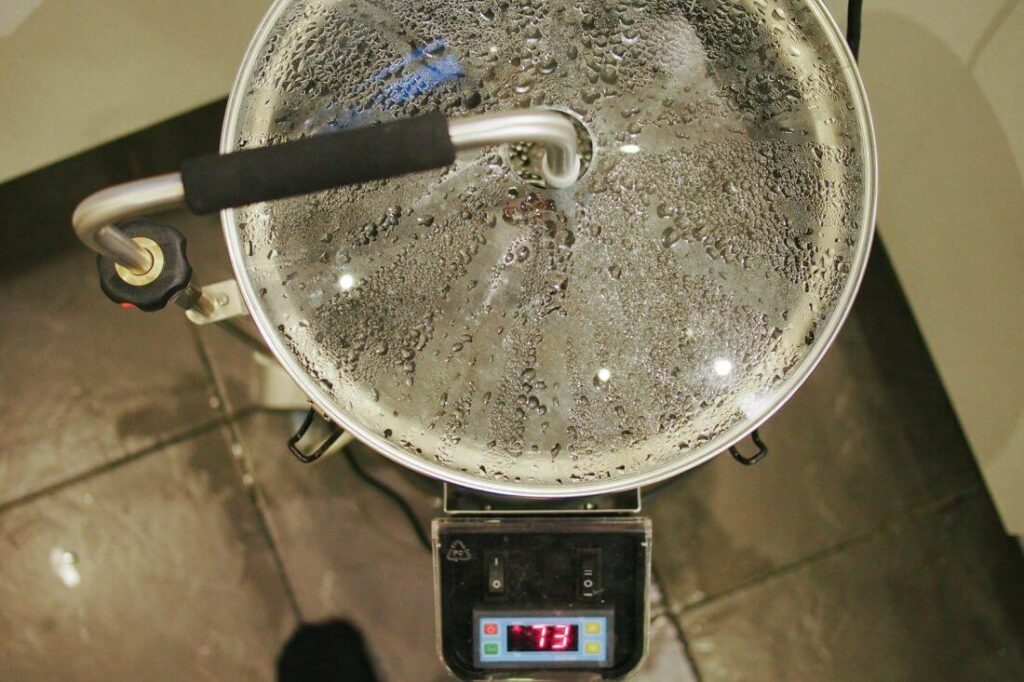 The only part of your brew day that has to be done separately is heating up the sparge water, which is not too much hassle if you have a big enough pot. The calculations for my sparge water were a bit off, and I was left with more litres than I had expected at a lower gravity. Dialing in any kit is always a struggle, especially when it’s the first time using the equipment. Thankfully it wasn’t too much of a trial to just boil a bit more to get my desired gravity. 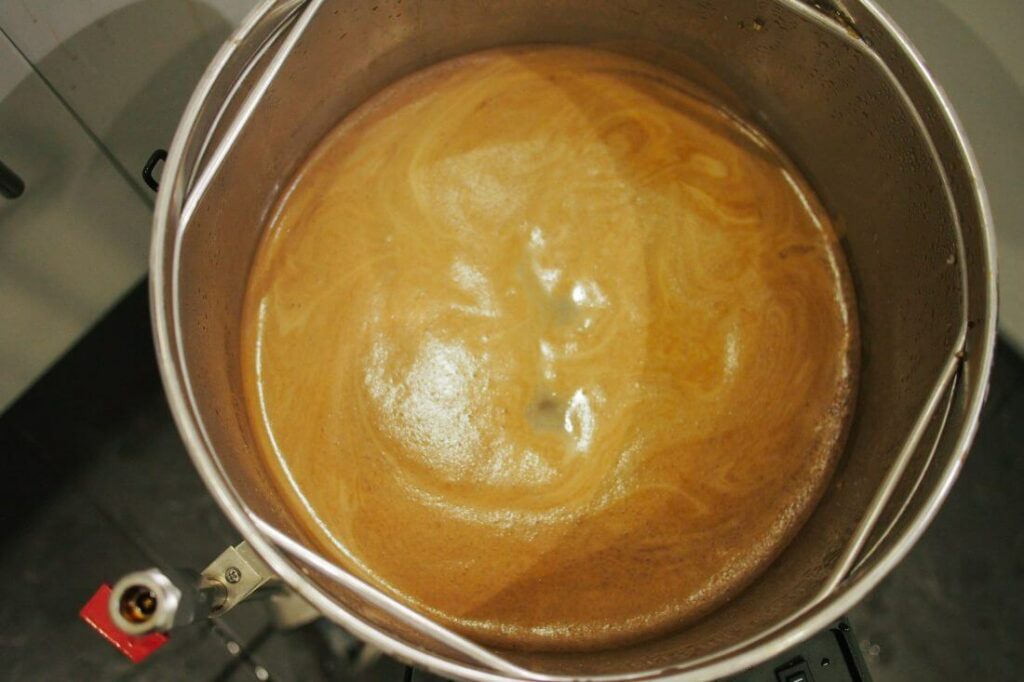 It took around 20 minutes to get up to boil, and from that point it was plain sailing. After finishing the boil, the cooling coil worked well and got the wort to the correct temperature for yeast pitching pretty fast. After that, all that was left was to clean the system, which was a little awkward in my kitchen, but would have been super simple if you’ve got some outside space. 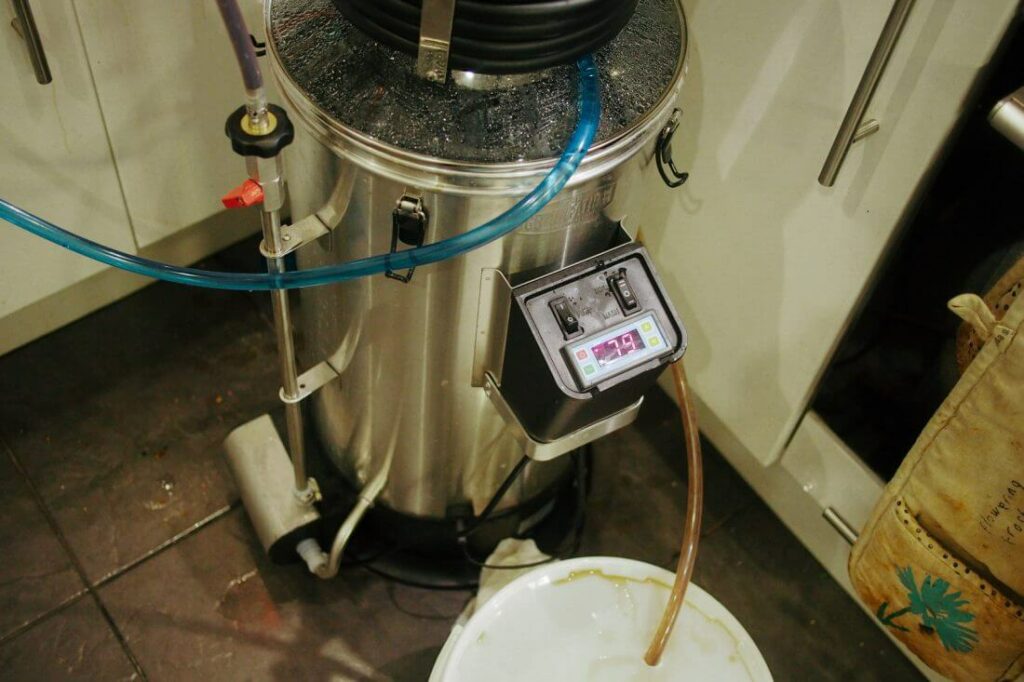 Coming into this, my expectations for the Grainfather were pretty high, and a little unrealistic. But for all its bugbears, it’s obvious that it’s one of the best ways for people to start serious all-grain brewing without blowing the budget. The accuracy, compactness and general ease of use means that home brewers will definitely be more inclined to keep brewing if they start off with it, and I will definitely be recommending it to people who want to take up the hobby.

With all the ‘revolutionary’ and ‘groundbreaking’ products popping up in the home-brew sector at the moment, the Grainfather could be the one that pushes things forward the most, as it makes creating great beer easy and accessible, while still keep the process engaging and not just a button pressing exercise.

The Grainfather is available from the following stores:

This content was originally written by Josh Smith on the Evening Brews and was published July 9 2015.