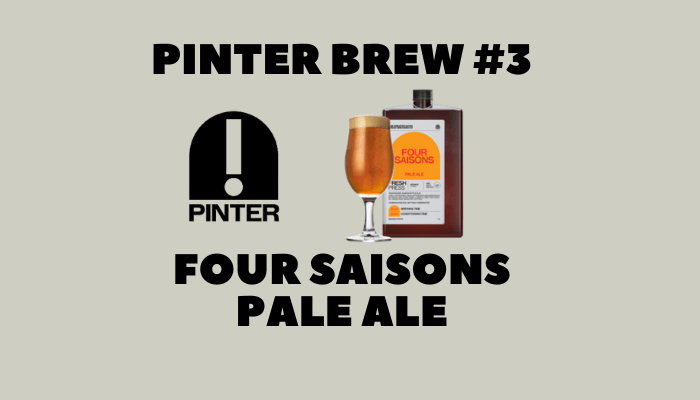 My third brew with the Pinter home brewing system was ‘Four Saisons’ which is listed as both a saison and a farmhouse pale ale.

I brewed for 7 days and conditioned for 7 days as recommended in my new co-pinter, with no issues at all compared to my previous brews.

On first pouring it certainly looked the part – a light golden colour with a small head of foam.

Not lively or as uncontrollable as my first brews, the Dark Matter Stout or Lockwood Pilsner.

There was a rustic quality to it with an almost abrasive dryness. 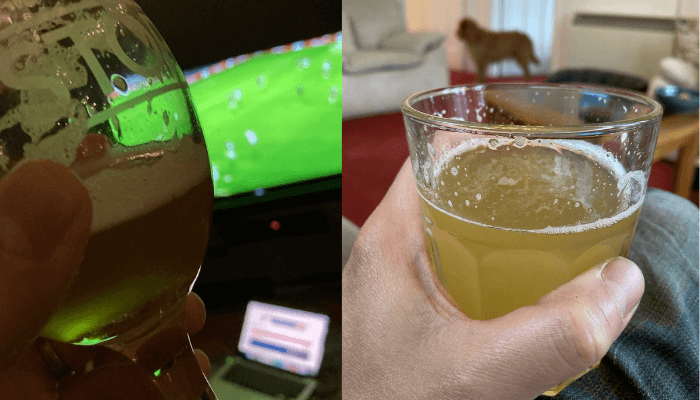 I’d have preferred more Belgian funk akin to Saison Dupont, the benchmark of the style.

The beer being tapped coincided with a weekend trip to the Witterings on the south coast so I decided to take some with me.

I poured my fresh saison into two beer growlers, a total of around 5 or so pints worth to share with my father in law and Mrs Bacchanalian. I kept the beer in a cold bag on the 2 hour journey and it stayed cool enough on the trip.

It may have benefitted somewhat from developing a bit further as it was refreshing after unpacking and getting the accomodation in order.

But, as always, the comedy of errors continued and I’d placed the beer in a freezer and not a fridge. 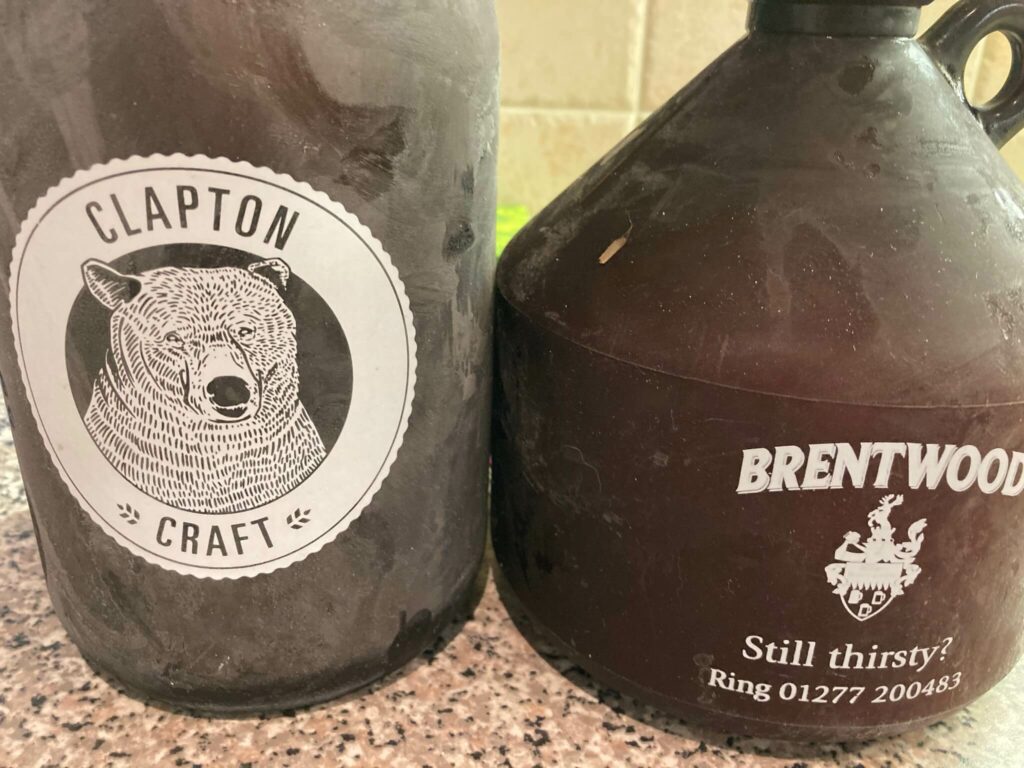 The next day it was solid, but managed to defrost some to extract a few more glasses worth from it.

I think I accidentally made a stronger, more flavourful beer, much in the way they make stronger beers and wine, unless that was just the low temperature masking the flavours.

Onwards and upwards. On to brew 4, a Double IPA called Space Hopper.