Running for Beer at Street Chlld’s Craft Half 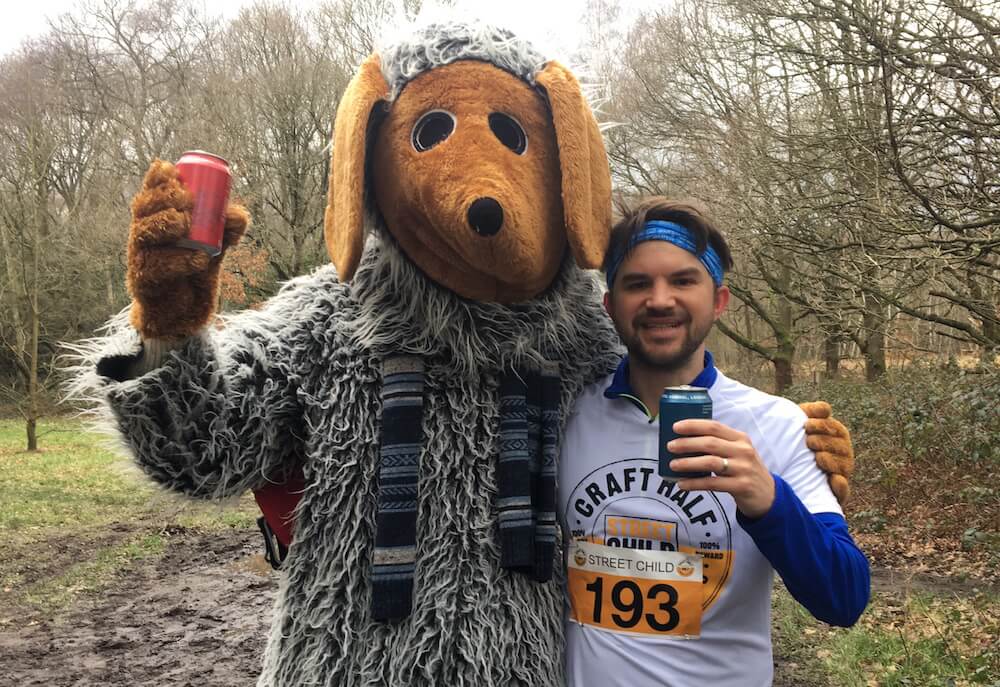 It’s not so hard giving up booze for a month. It just takes a bit of discipline and a lack of social engagements.

But, would I only want to drink non-alcoholic beer forever? Hell-no.

In fact, as Dry January neared its conclusion, a moment of sober impulsiveness brought on by lack of booze, sleep and splitting headaches resulted in an idea forming.

I’d had my eye for some time on a beer-fuelled half-marathon which was taking place the start of February.

Why not combine a few beers with a bit of exercise?

Seeing no downsides, I took the plunge and signed up for Street Child’s inaugural Craft Half.

It was not long before the morning of the race arrived, and I braved the cold to trek south of the river to Wimbledon Common.

How the race works is that every two miles you’ll find a beer and water station to quench your thirst – at the same time raising funds for Street Child*.

Having never tried to drink beer during a run, I was unsure what would happen, especially with warnings that it was going to be a total mud bath.

Aafter squelching through the first two miles uphill dodging the worst of the quagmire, I reached the first checkpoint warmer than when I started, but not feeling ready for a beer.

I’m a trooper though – I decided to power through.

With the first beer of the day promptly despatched and I trudged onwards, hoping not to get lost.

I found each of the first 500 metres after a stop resulted in some hoppy burping and a slight stitch.

It’s all too easy to neck a few of the cans too quickly after seeing a large contingent of runners stream past.

However, three or four beers in it felt easier and by the second 10k loop I had forgot my earlier grumbles.

It’s also easier to take a tumble, but I managed to avoid the river and most of the trees.

In my mind, anyone not drinking beer should clearly be disqualified at such an event, so I aimed to get a beer at every spot, making my through all six.

The four different types of beer available were supplied by the nice chaps from the Hop Stuff brewery, who had brought an awesome tap-covered Land Rover as well as cans for every beer station. 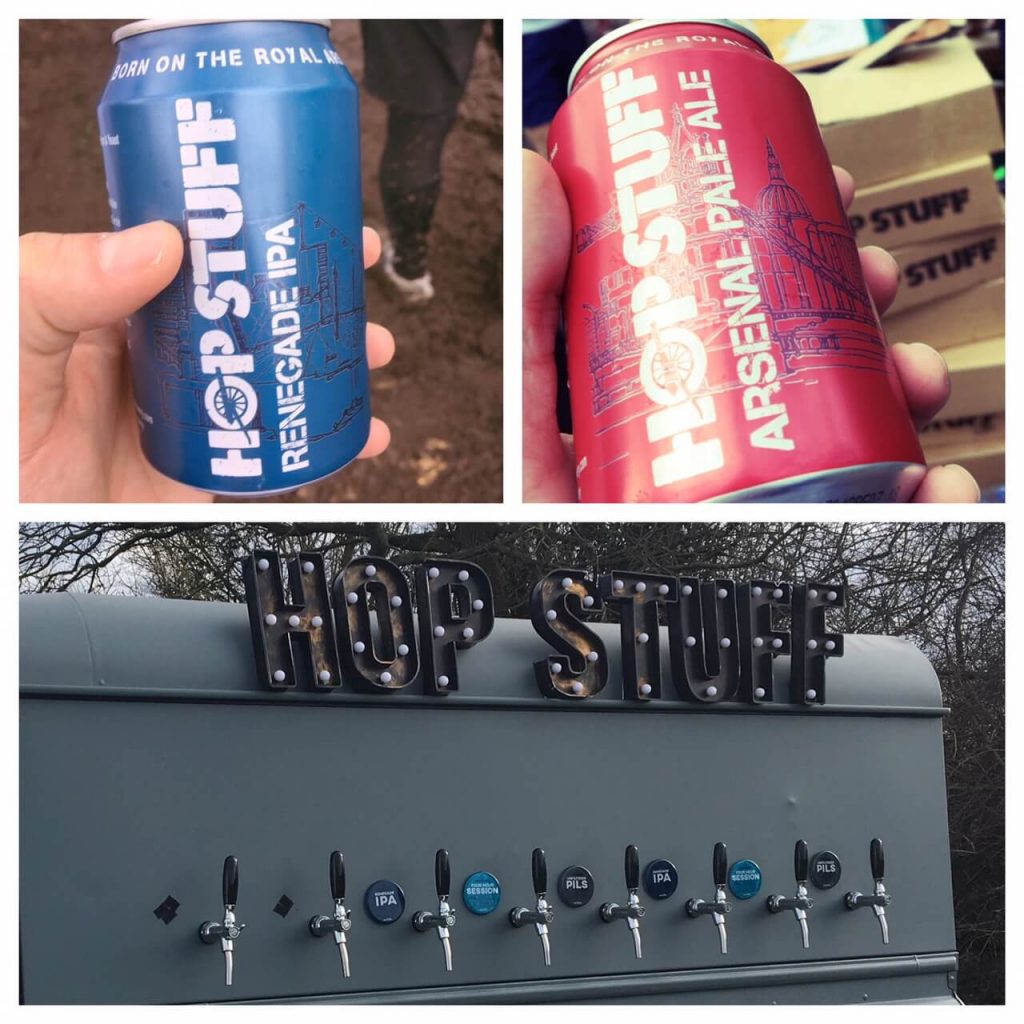 After the ‘race’, I had a beer with a few of the runners I’d met on the way in the events beer tent. I was also able to buy a bottle of Hop Stuff’s Woody Barrelson – a porter barrel-aged in Burgundy casks.

I hope you’ll agree that my time of 2:24:18 is very respectable for necking 6 cans of beer – especially at my standard pace.

Overall, the event was great fun – and I recommend taking part next year if you are into trail running and beer.

* I self-funded this race as I’m currently raising funds for Amref UK. I’m training hard to take part in the London Marathon in April. You can find out more here.