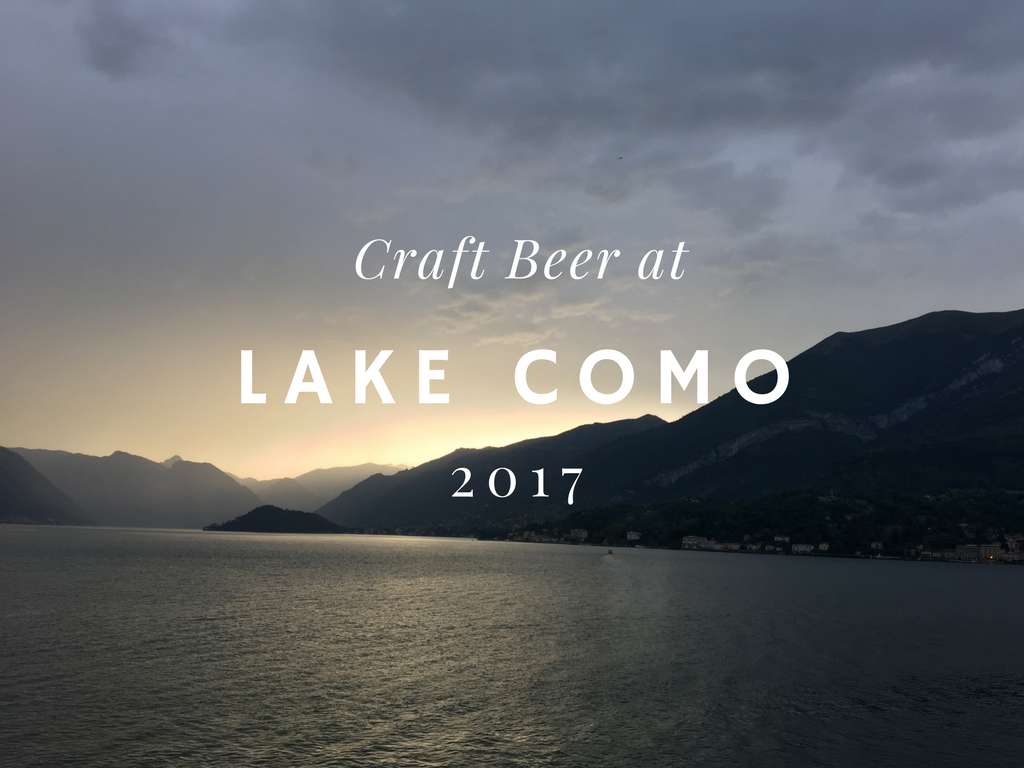 It would be quite easy to spend time in Como with a few glasses of white wine or prosecco and losing a few hours people watching.

Then perhaps, a bottle of the excellent local red can be enjoyed in the evening.

All well and good, but sometimes only a beer will do.

But where can you get something interesting in Como? Good question.

Well, after a visit to the stunning gardens of Villa Carlotta, a bicycle advertising craft beer was spotted in the Tremezzina region nearby. Just what’s needed I think!

The Casa Aqua Dulza is situated close to the fanciest hotel in the whole of Como, the Grand Hotel Tremezzo.

To find the bar, head on up the steep incline to the left of the hotel. Although it’s only about 30 yards, it’s a bit of a climb so you’ll likely build up a thirst by the time you get there!

No water view from the garden, but probably a good bolt hole in the evening or if the weather turns sour. Being pressed for time I did not venture inside, so cannot comment on the interior of the bar. 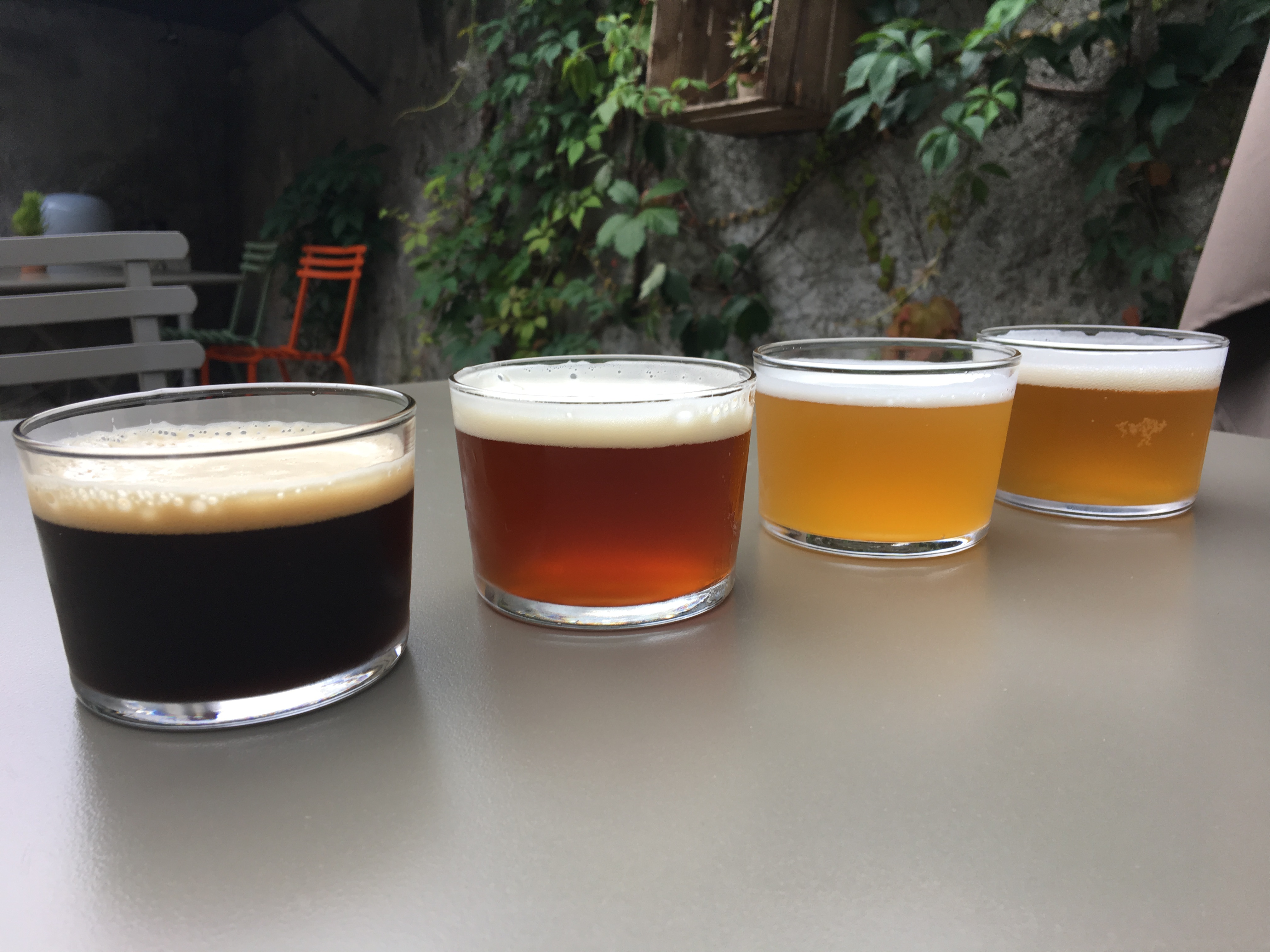 The bar serves four different beers, available via a tasting of 10cl each for 8 euros. There’s an excellent American style IPA, a decent wheat beer, an English style ale and a porter.

Each of the beers utilises some interesting additional ingredients, such as dandelion, mulberry leaves and chicory, but they still maintained their balance. A good sign.

Although refreshing in this climate, I am not sure the wheat beer will shift the German weissbeers off Como’s menus. The IPA certainly has a chance. 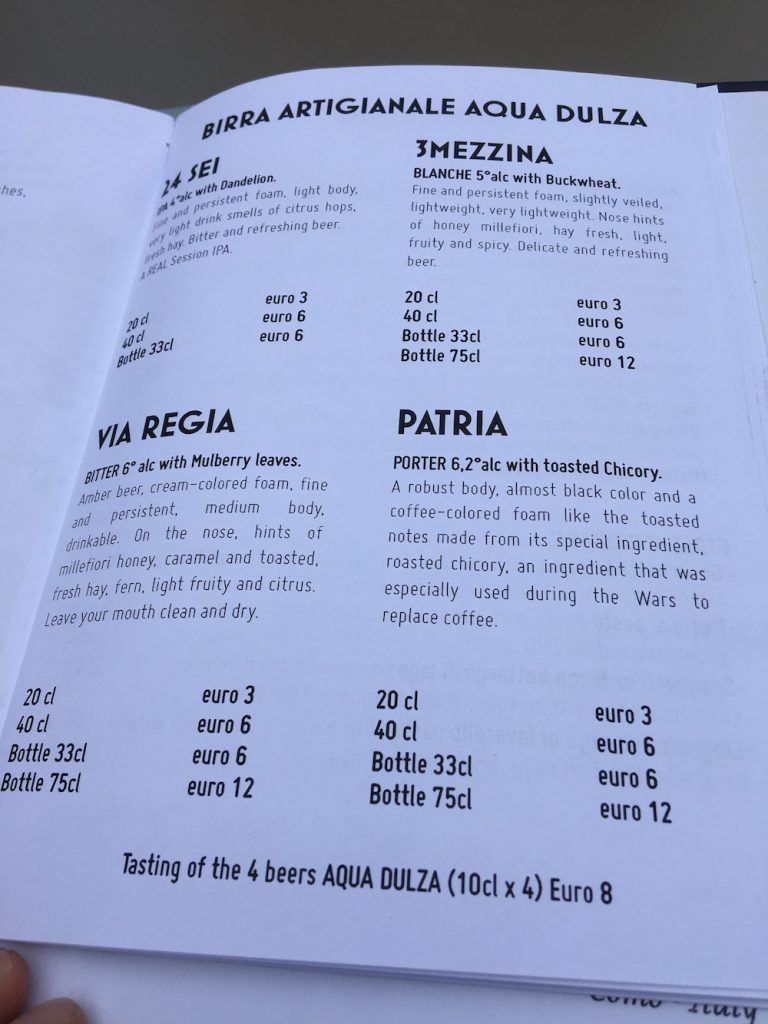 Aqua Dulza also serve some food, and it’s a welcome change from the pricey Italian fare available everywhere else in Como.

We ordered some aubergine cheese balls and the tiny fish from the lake, which I guess are a bit like whitebait. 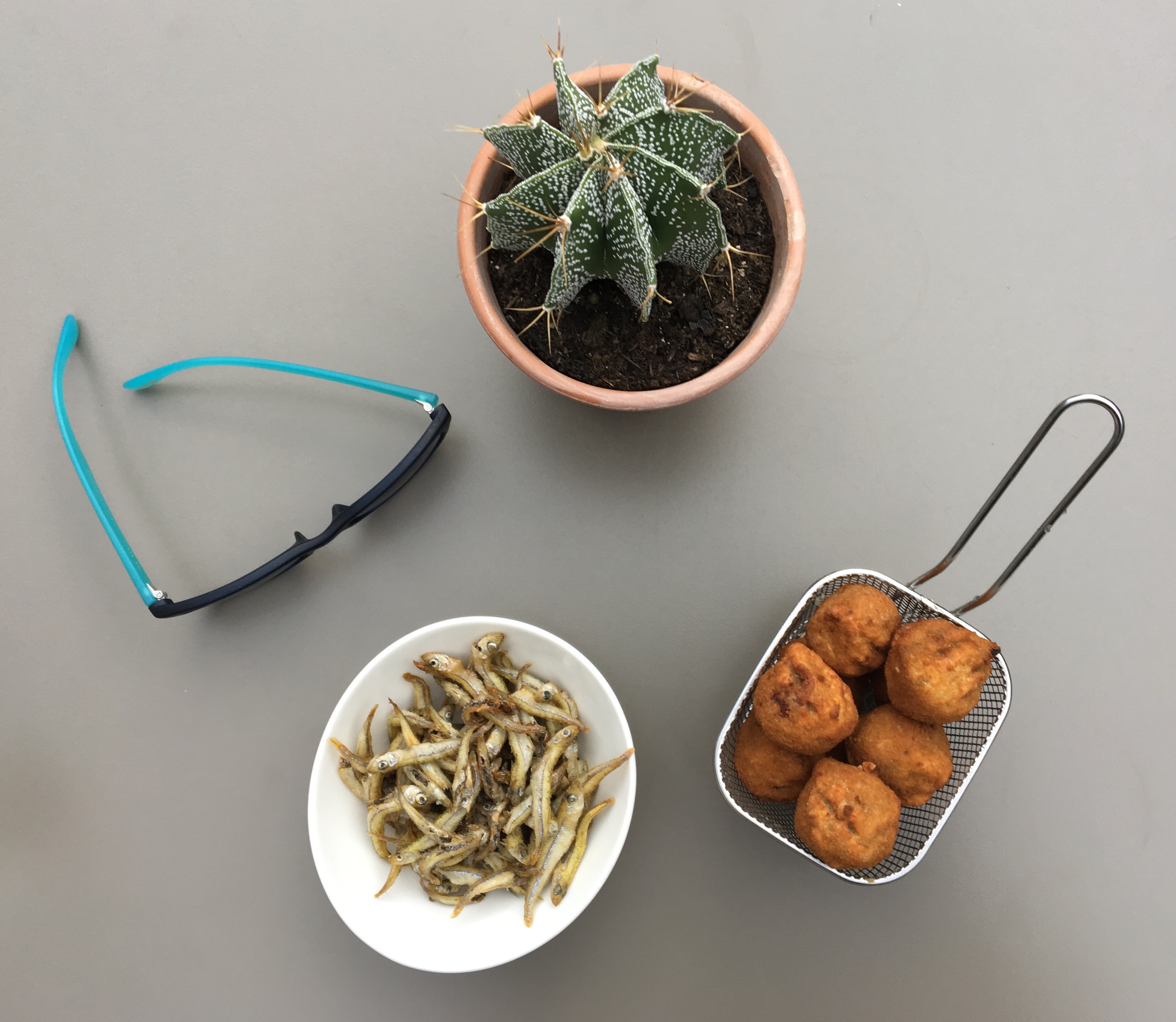 The aubergine balls could have done with a few more minutes frying, as still cold in the middle, and a perhaps a dip.

A sprinkle of sea salt or two would have helped, but for a lover of aubergine, they were still very tasty.

The fish needed some lemon, salt and some aioli, but seemed fresh.

Some cutlery would have been handy too!

Still, not far off providing tasty bar snacks, perfect for beer and with issues which are easily rectified.

The beers themselves made a welcome change from similar mainstream Italian lagers such as Peroni, Birra Moretti and others of that ilk.

It’s probable that their beers are available in some of the more out the way places around the different towns of Como and in specialist shops.

Even better if they could supply some of the cafes and hotels overlooking the water. Here’s hoping the beers are picked up across the region and they stay in business!

As for other beers, probably the most interesting mainstream beer to be found in Como are the Menabrea beers. 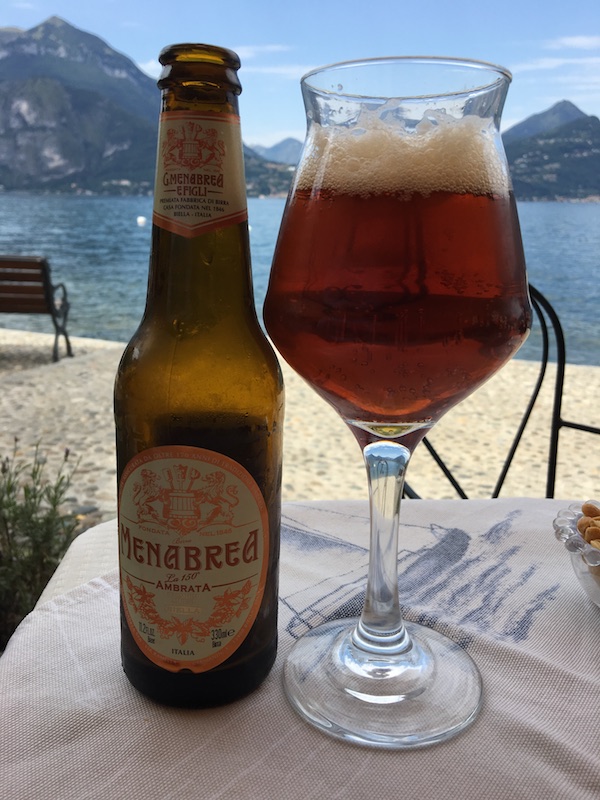 The image above was taken at the delightful Caffe Varenna, a great spot for people watching by the water, and who serve Menabrea beer in decent glassware.

They also provide good service and a generous amount of nibbles when enjoying a few drinks. Recommended.

I only spent a few days in Como, but I’m hoping this points you in the right direction if you are intending to visit.

Interesting in hearing more about Como? Here’s a bit more about Bellagio and some of its wine bars.