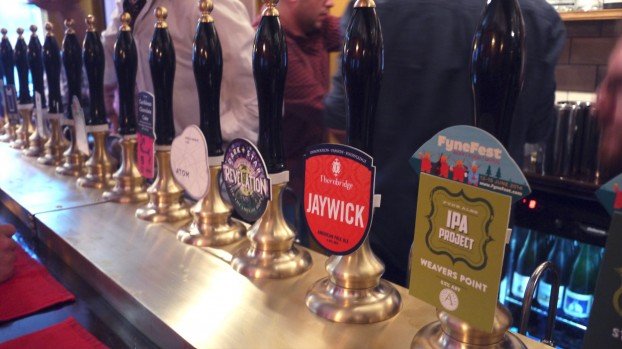 I’m holding on to a glass of Cantillon Rose, like my life depends on it. I need to keep on going. All this delicious beer is not going to drink itself.

Everywhere around me I see smiles. Drunken, smiling faces. Something special must be going, as the room is filled with some of the best brewers in London. It’s the opening party for Craft Beer Co’s latest establishment, and I’m quickly getting sloshed on free booze.

The new pub is conveniently placed in short walking distance from Covent Garden, on the corner of High Holborn and Endell Street. Thank our maker, finally a place where you can get a proper glass of beer in this central part of London. The Holborn Whippet, just around the corner, has been the sole place to get anything else than shitty lager and tame ales in the area, and they’ve finally got some serious competition.

Taking in my environment there’s no doubt I’m in a Craft Beer Co pub – fancy mirrors, shiny taps, a generous amount of wood. The bar is arranged along one side of the wall with an impressive amount of taps, more than I can count in my current animated state. Let’s just say they’ve got shitloads of taps.

This is a place that aims to spoil you with amazing beer. Behind the bar there’s also a ridiculous amount of booze. We’re talking a couple of hundred bottles of bourbon, scotch, gin and vodka. If you’re in the business of good times and getting hammered, you’ve come to the right place.

Past the bar are some stairs going down to a pretty sizeable seating area. This is a good thing as I foresee the upstairs bit getting pretty damn busy as there isn’t much space between the wall and the bar. Huddle together people, this is going to be intimate. 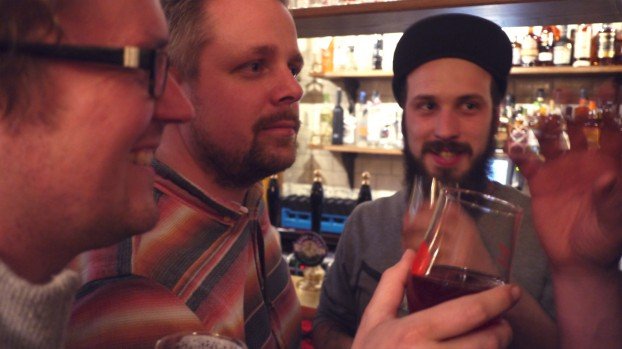 Scanning the taps I see some great breweries, many of them represented in physical form in the room. I see Evin from Kernel quizzing a glass of beer with an analytical face. I see Ryan and Gordon from Siren laughing their faces off. I see people from Beavertown, Brew By Numbers, Partizan, Weird Beard and Anspach & Hobday, all of them floating about the room, catching up and quizzing the beers on offer. There are also a good few foreign breweries on on the taps, like Westbrook, Evil Twin, Cantillon and Tilquin.

Having the brewers there asking me what I think of their beer is daunting for an amateur like me. I sniff, swirl and nod my head to show my appreciation. I say “ooh, that’s very nice, yes”, and then wait for them to tell me what it is I’m drinking. As the evening gets washed down our throats the laughs gets louder, the jokes cruder and the smiles broader. I want to try all the beer. I ask the guy behind the bar for a third of Beavertown’s 5th Element, but the bastard gives me a half. “Are you trying to kill me?” I yell at him, before I realise that he was just being nice. 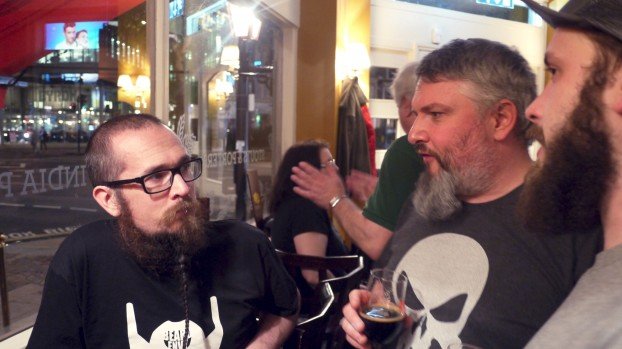 “When are we going to start drinking the bourbon?” I hear my mouth say to Tom Cadden, general manager of Craft Beer Co. I corner him several times throughout the evening with the same question. He laughs me away every time. I argue that his customers will think the bottles are fake if they’re all full when this place opens to the public, but he doesn’t budge. In retrospect I should probably be grateful. 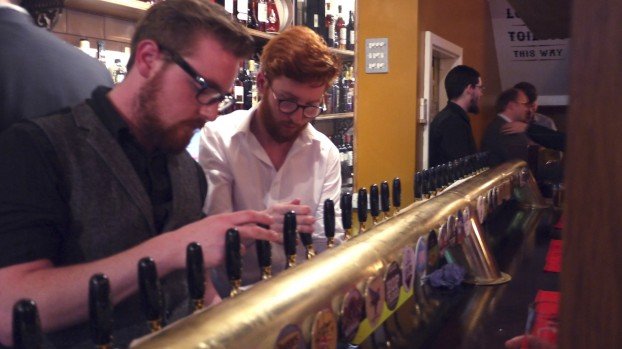 The new addition to the Craft Beer Co dynasty is looking like it’ll be a great place to go for a drink or nine. They’ve taken it to the max this time, with more taps and more booze than you’ll ever need in one single evening.

I didn’t check out their fridge, and I vaguely remember it being smaller than some of their other places. That might just be a good thing as I tend to spend way too much on expensive bottles when I get overly stewed.

We’ll have to see how full of tourists this place will be, but regardless, I’ll be back to have another stab at drinking all their beer.

Words and photos by Per Steinar