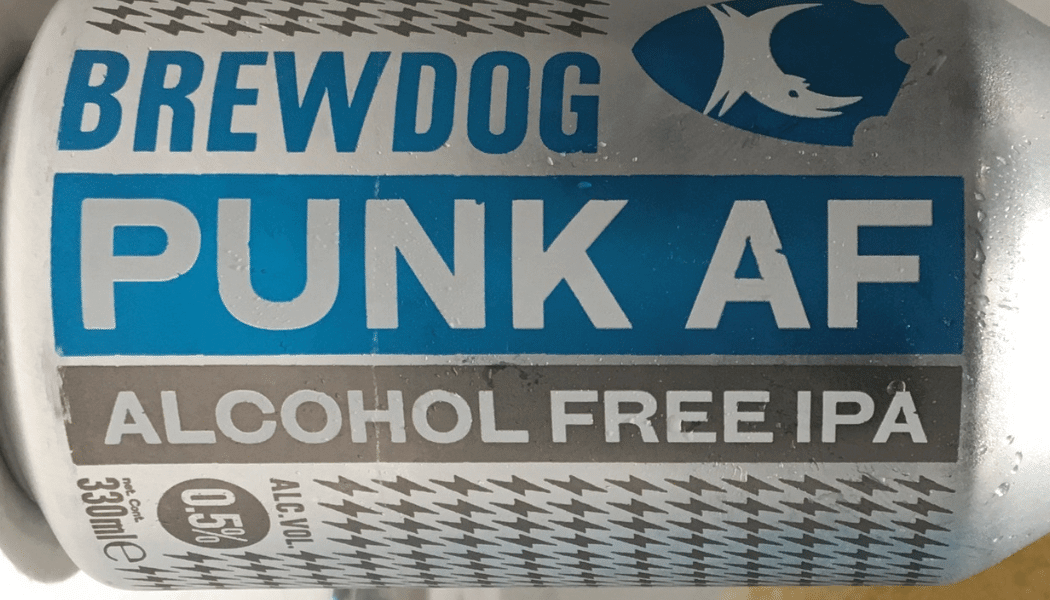 It seemed only a matter of time before Brewdog released an alcohol-free version of it’s flagship beer, Punk IPA, but they’ve taken their time in getting it right before release.

Brewdog released their widely acclaimed non-alcoholic beer Nanny State way back in 2013. It was touted at the time as a response to the media backlash over their strong beers like Tokyo* (which clocks in at 18.2%!).

Several years on, and the non-alcoholic beer market has expanded massively and it’s now big business. In early 2019, a report by Nielsen indicated that the segment was up by 58%. Technology has also developed, with new ways to extract or filter alcohol and leave the flavour enabling a whole host of new alcohol free beers.

All of this created the perfect storm for Brewdog’s Punk AF to be released early in 2019.

So, Punk AF. The name works pretty well, what with AF standing for two things. The can design is pretty minimal. I even mistook it for a can of Diet Coke in my fridge.

I tried the draft version first in a Brewdog bar, and at a later date I picked up a can. 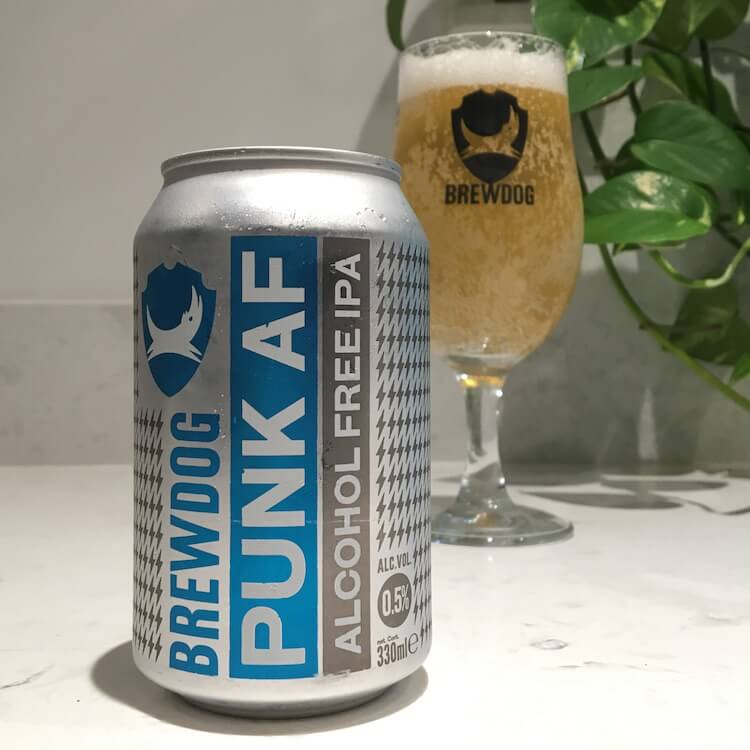 It is much paler than Nanny State, and on the nose there’s tropical, citrus fruits. Grassy notes come through at first, then resinous pine. There’s a crisp, bitter finish.

Many of the new, highly rated alcoholic beers, such as Infinite Session Pale and Adnams Ghost Ship showcase an abundant amount of hops. Punk AF follows their lead.

The bitterness is rated at 35 IBUs, which is provided by 8 different hops from the US, NZ and Europe. These 8 different hops include the usual suspects: Simcoe, Chinook, Mosaic, Nelson Sauvin, Cascade and Citra, to name but a few.

As you’d expect with minimal alcohol, it lacks the depth and mouthfeel of standard Punk IPA but it’s a good substitute if you need a break from the booze.

Brewdog has big plans for 2020 – with Hazy AF, a non-alcoholic version of their popular Hazy Jane beer and Stout AF joining their expanding non-alcoholic line up.