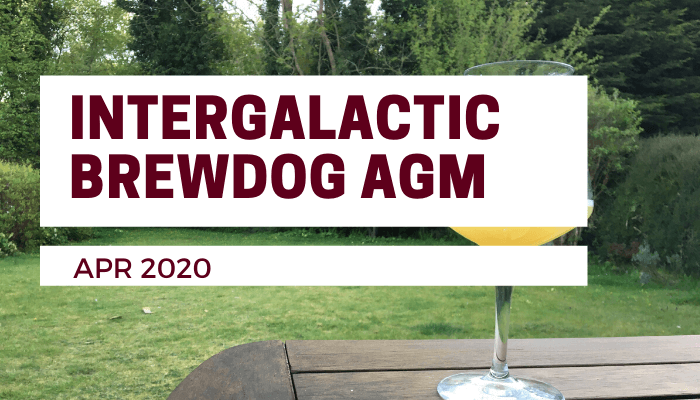 I’ve been a Brewdog Equity Punk since 2018. As many will know, ‘Equity Punks’ consist of some 120,000 individuals who invested varying amounts of cash in Brewdog’s business through crowdfunding campaigns.

As well as the many benefits, such as discounts – investors can engage in the community Brewdog have built. Some chat in an active online forum, but the biggest event is the Annual General Mayhem (AGM) at the Brewery in Ellon, Aberdeenshire.

The 2020 AGM was set to be huge, but as with everything this year, it had to be cancelled. Instead, an online event was held remotely via YouTube. A shame, but it did make it a lot easier to be involved for many around the world. 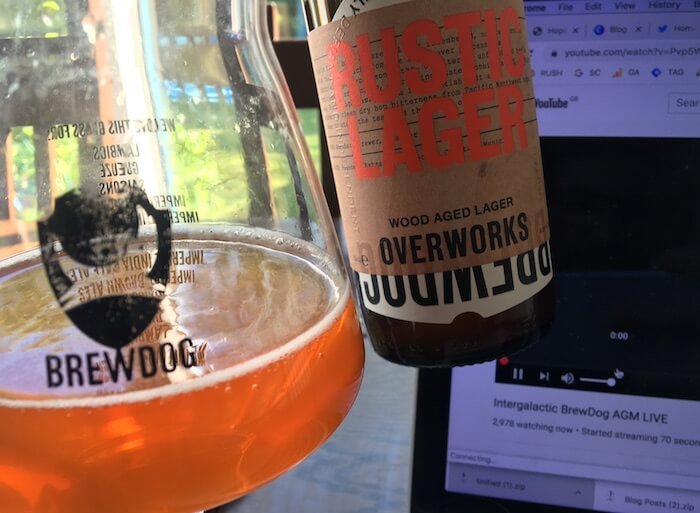 Lasting 1.5 hours, there was music, a business update, a tasting and a quiz. From my reckoning, there were around 5,000 watching it.

I’d bought the ‘AGM Box’ a selection of 12 brewdog beers. Not sure about anyone else, but for me drinking 12 beers is not doable in an hour and a half, no matter how hard I try (some beers had an ABV of over 10%…) so I just had a few ready. The box included the latest ‘DOG’ beer, ‘DOG I’ and also Triple Hazy (an amped up Hazy Jane) and treats such as the latest ‘Born to Die’ IPA.

To start, I opted for something thirst quenching and light.  ‘Rustic Lager’ is brewed by Overworks, Brewdog’s facility for brewing beers with wild yeast.

During the beer tasting, Brewdog Founders James and Martin explained that this beer is fermented in horizontal fermenter tanks, giving it a low pressure. Unfiltered and unfined, a combination of UK malts and US hops make for an easy drinking amber lager with plenty of character.

Next up for me during the AGM was a collaboration – BrewDog vs Northern Monk: The Vermont Sessions, a NEIPA. This one clocks in at a reasonable 5.2% but packs a tropical flavour and citrus aroma and a refreshing dry finish. It looks to be an easy beer to find too and is currently available in supermarkets for a good price. 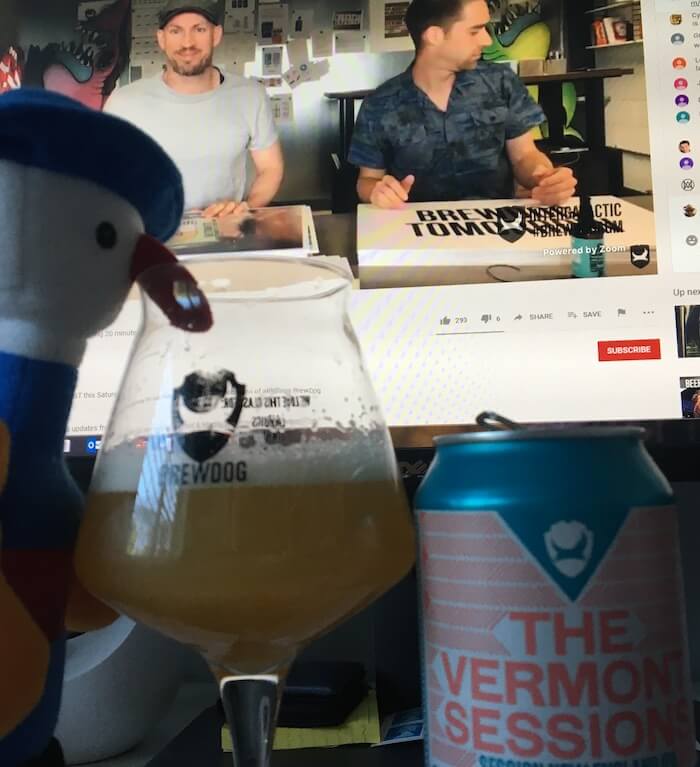 While I drank from the comfort of my home, the Brewdog boys in Scotland gave a short and snappy business update. This included a lot of information delivered in rapid style – an overview of the year’s achievements were followed by their goals for the next 12 months.

Their ideas to be more sustainable and to reuse ingredients such as spent grain were interesting – but with the current crisis they announced a plan to cheer people up. When this is all over they’re going to buy everyone a beer.

Yes, really – you just need to get a voucher! Hopefully, it won’t be too much longer, right?

Keeping on the NEIPA theme, I cracked open Obskomplott just in time for the quiz. This beer was brewed by Brewdog Berlin, with oats and wheat proving a thick mouthfeel. Despite the extra miles the beer was super fresh, and easy to drink for the higher 7.2 % ABV. Lovely beer, if you can pronounce it. 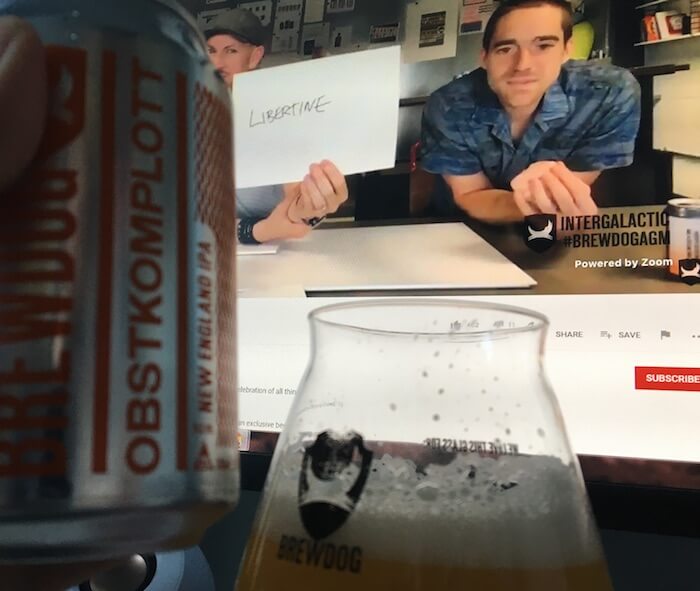 How’d I do on the quiz? Pretty poorly, scoring just 13 out of god knows how many.

And with that, it was over.

These virtual events serve a worthy distraction for a few hours, but really, you’re still alone. They’ll never replace the convivial, lively atmosphere of a large gathering of happy souls.

Hopefully in the future I’ll get to attend the real AGM!