Bintang – The Beer of Bali 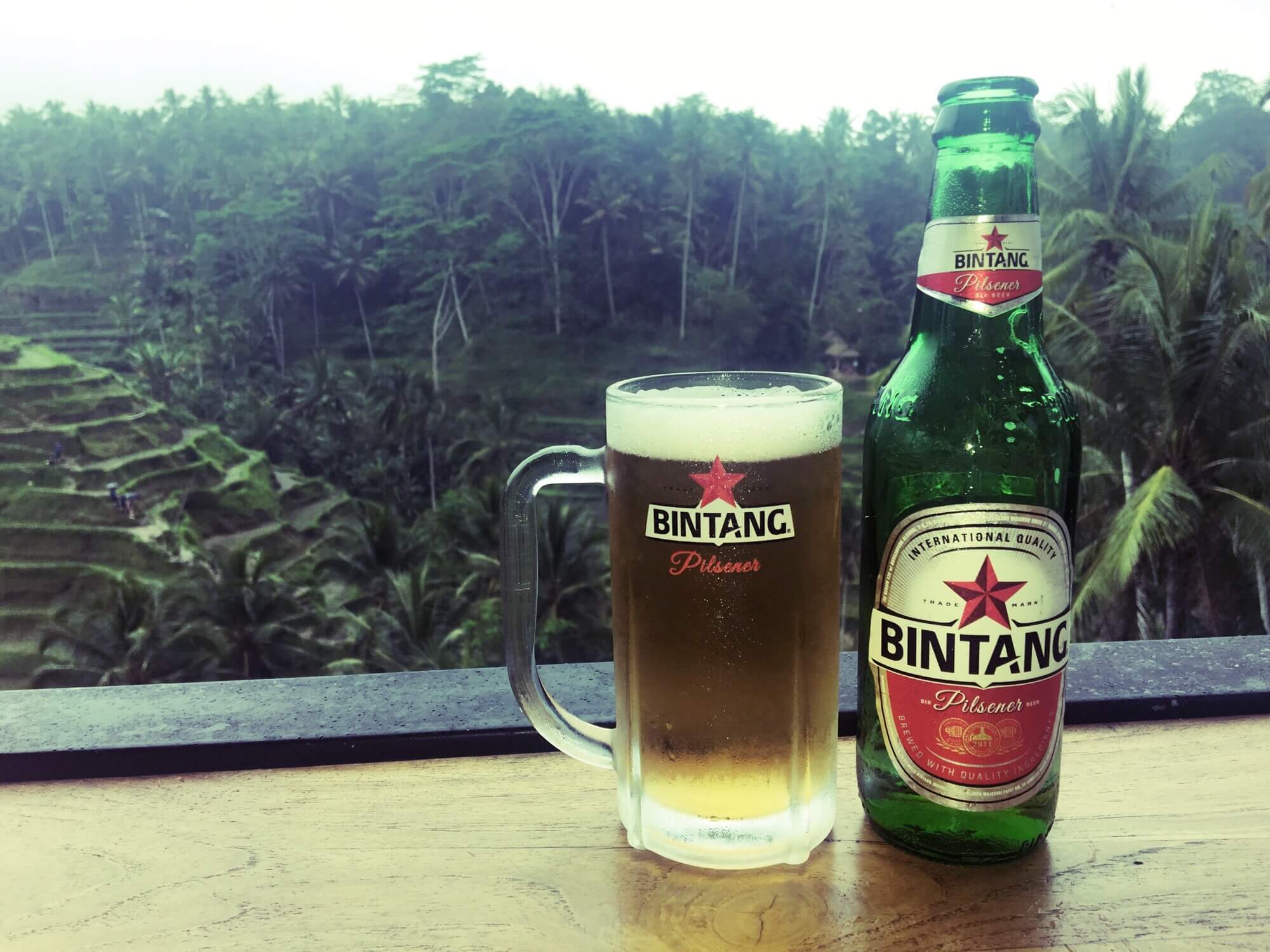 Most visitors to Bali will have drunk at least one Bintang, a beer synonymous with Indonesia.

In fact, I drunk more Bintang than I can count during my two weeks on the beautiful island.

This was mostly in part to enthusiastic binging during a 2-day Stag event – I was in Bali for my brother in law’s wedding, but also on many other occasions throughout my stay.

So ubiquitous was the beer, that it was used in instead of ‘cheese’ for group photos. Not sure how that turned out…

Although Bintang is not really noteworthy or interesting, being almost indistinguishable from most mass produced macro lagers, it dominates the local market.

It shares most characteristics of beers of this type:

When I say cheap, if you are paying more than ’20k-35k’ Rupiah, then you’re paying too much. This equates to about £1 to £1.80 a bottle. Bought in bulk, and sold to locals I am sure it is a much cheaper than this. 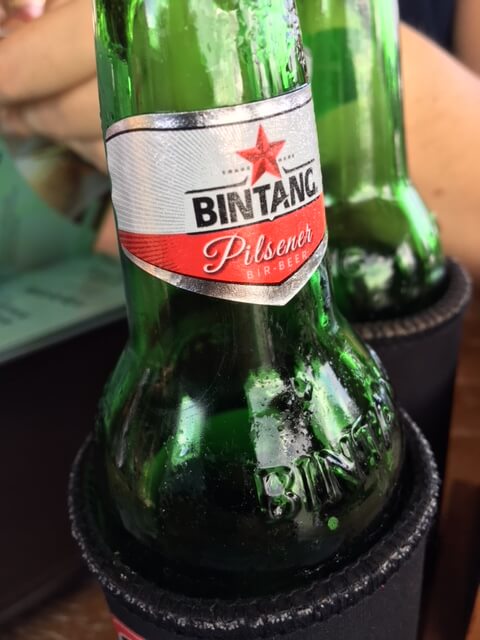 Some of the high-end joints, like fancy beach clubs, happen to also sell Heineken on draught pumps as a ‘premium’ beer, which costs a lot more. A common marketing tactic.

This is clever as ‘PT Multi Bintang Indonesia Tbk‘ or ‘MultiBintang’ who brews Bintang, is a subsidiary of Heineken. The Bintang and the Heineken you are drinking in Bali are brewed at exactly the same place, at the brewery in Tangerang. To be honest, there’s not much to choose from between the two.

The monopoly is likely to exist due to the Dutch influence on Indonesia, which used to be the Dutch East Indies colony.

This being said, I did manage to find ‘Stark’ craft beers from PT Lovina Beach Brewery, which were the only interesting beers produced in Bali. However, I only managed to find wheat beer and a low carb lager, which were not up to the European standards.

The beers I really wanted to find from their range were the mango and lychee fruit beer – what with the tropical climate of Indonesia being ideal for many fruits. Hops struggle to grow in such conditions, although some are attempting the feat in Thailand. 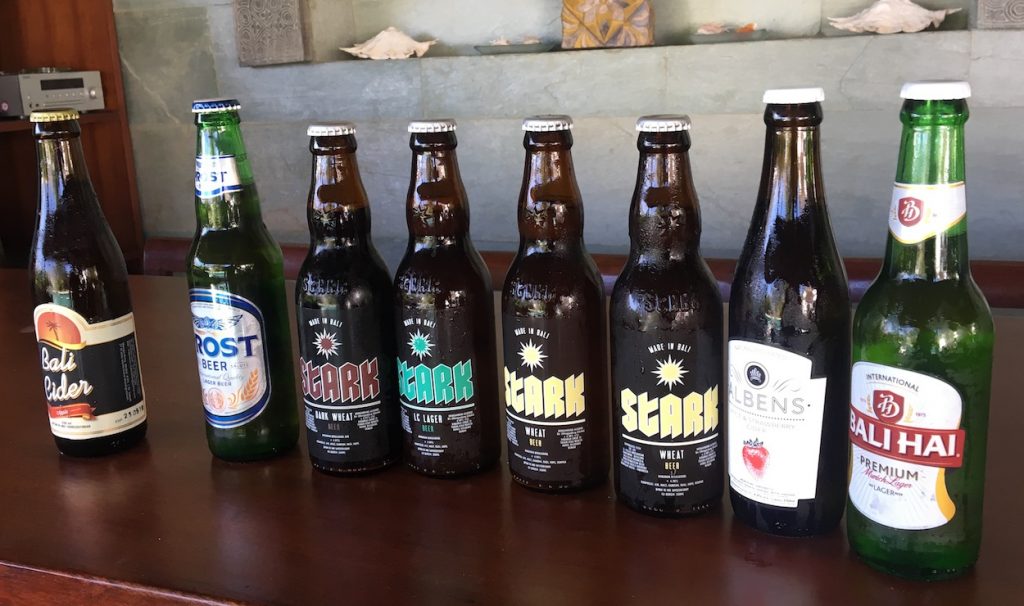 Beers and Ciders available in Bali