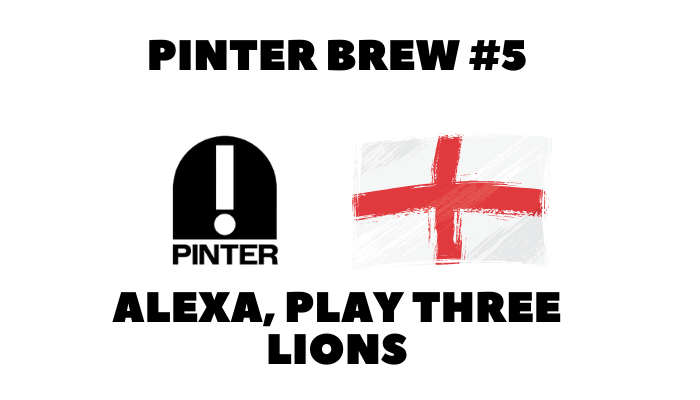 I love a good football tournament wallchart, but the rise of the Internet means that they are now few and far between unless you put in the effort to buy a physical newspaper.

So, I was happy that ‘The Greater Good’ sent a Euro 2020 (which is actually in 2021) wallchart. The company makes the Pinter brewing vessel, and the chart included dates to start brewing ready for some of the matches.

They’d produced three different fresh presses for the home nations as part of this promotion.

Being English, I got well behind the boys at the Euros by brewing ‘Alexa, Play Three Lions’, an English pale ale, in time for the England vs. Germany match in the second round.

When ready, I adorned my frost white Pinter with a red cross using some old ribbon and took it to a neighbours outdoor garden pub for the match.

The atmosphere was tense but joyous in the end, a strange feeling for an England fan against Germany in tournaments as we cruised to a 2-0 victory.

What about the beer? Well I had a good few pints through the match, filling to a frothy half pint each time using my tough plastic pint glass. A rowdy football match is not the time to get out your fancy teku glasses out of the cupboard. 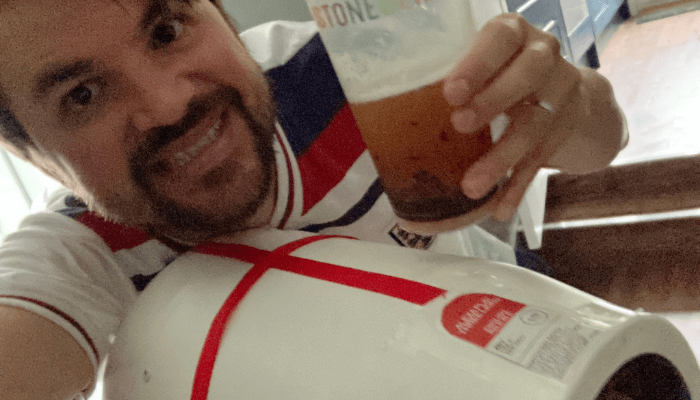 However, when I offered some of the patriotic ale to the young lads watching the game they opted to stick to their Italian mainstream lagers!

‘Homebrew’ can be a bit of a scary unknown quantity but they had nothing to fear from this ‘sessionable’ pale ale which used subtle English hops.

I was quite pleased with the brew, with the uneventful process giving me a lot more confidence with brewing beer using the Pinter going forward.

The beer was a light pale ale using British hops to a moderate amount and tasted good when fresh. It was hazy as most of my brews have been, but I had moved the Pinter which disturbed the sediment. Still, I am fine with naturally hazy beer as long as it adds flavour.

Overall, not the most interesting beer but made a fine fresh beer to enjoy during a few matches at the Euros.

We’ve had two good showings in the latest two tournaments – bring on the 2022 World Cup!