Zwanze 2014 at The Kernel Brewery 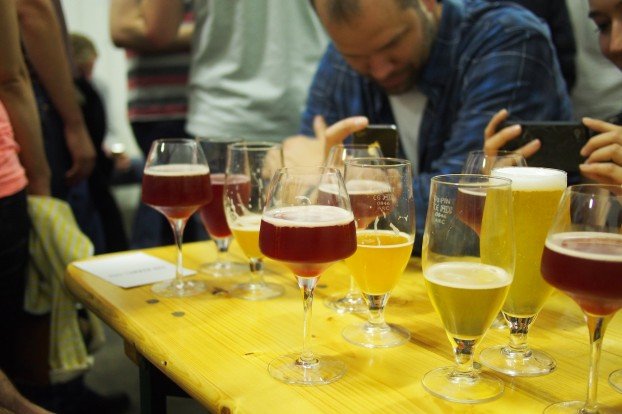 What is a Zwanze?

Short answer, it’s when the brilliant Belgian brewers at Cantillon release a very special lambic beer at several different places all around the globe, all at the same time.

I had never taken part in this spectacle before, but this year one of the places taking part was The Kernel Brewery in Bermondsey. I decided to join the gang of beer aficionados that flock to this event every year, and lift my glass in celebration of spontaneously fermented deliciousness. 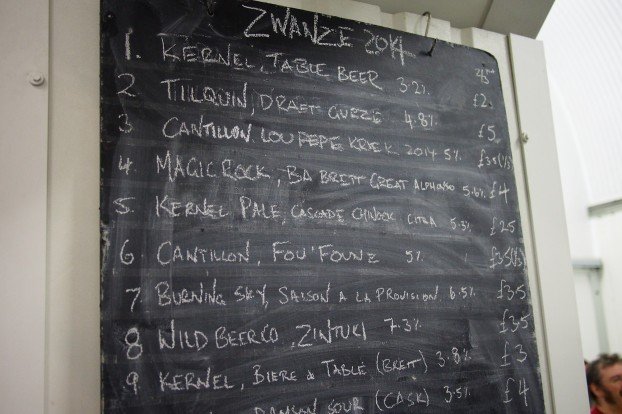 Zwanze is one of the hottest tickets in the beer calendar. Try whispering the word Zwanze into the ears of serious beer fans and watch them start howling with pure unrestrained euphoria.

You can also be sure that when The Kernel takes part in something like this they’ll do a good job. Evin O’Riordain, the man who founded The Kernel, had this to say about how they got the gig:

“We asked for a keg. Simple as. We did so because we thought that it would be something that we would enjoy, and could do well. It is hard to run an event like this in a bar on a Saturday evening that is already full. We felt that Zwanze days we have attended before did not have enough focus on the Zwanze, or on the beers, or styles of beers, that Cantillon produces. We love their beers. And got really excited about the thought of putting on an event like this, focussed on lambic / gueuze / wild / sour beer.” 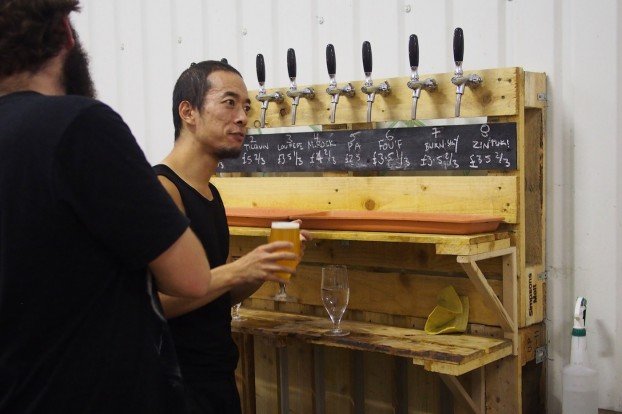 Usually the event can be a bit messy. I know there was a big scramble to get to the bar at the Earl Of Essex to get a sample of this special beer last year. The way Kernel dealt with it was to let people pre-register for a serving of it. When you turned up you got a little flyer, which they would stamp when you got served the Zwanze. One glass of the rare drops per person. It worked a treat.

This is how it all goes down: Cantillon brews a super special sour beer. This year they brewed a version of their Iris Grand Cru, a lambic aged three years in a barrel. They added cherries and dry hopped it with Bramling X hops. They called it Cuvée Florian, in celebration of the brewer’s son (whose name is Florian I guess) turning 18 years old. This beer then goes into kegs which are spread all over the world to selected venues, from Australia and Japan to Finland and Italy. And of course the US, where they go absolutely bananas for this event. Hill Farmstead, Russian River and Crooked Stave all had a keg this year. As well as a bunch of other places. A few of the places charged about $40 for a ticket. At The Kernel they charged £3.50 per glass of beer.

The idea with the event is that the beer is tapped at exactly the same time all over the world – 9:00 pm Belgian time. It’s a lovely universal toast to lambic beer by a global community of beer fans. Tear. 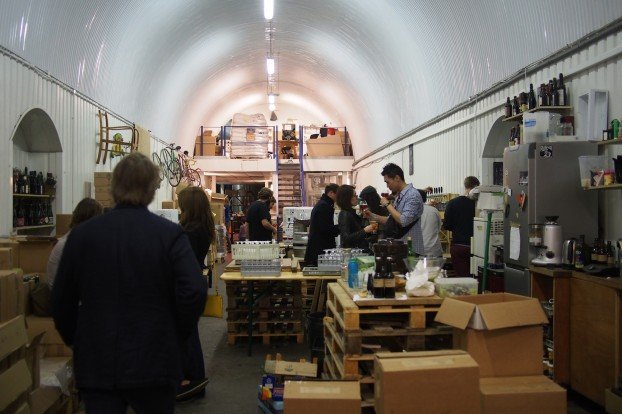 The event at Kernel got busy quickly. The Zwanze was ready to be poured at 8:00 pm, but there were plenty of other beers to try as well, all of them of the sour and funky nature. There were two other Cantillon brews available, a cherry punch to the mouth in the shape of their Lou Pepe Kriek, and a super tart apricot lambic (that didn’t taste much of apricots) called Fou’ Foune. Both were outstanding, and Evin was praising how much he loved having them on tap.

“The Fou’ Foune, and more especially the Lou Pepe Kriek – beers with which I have a certain relationship, and, I hope, can continue to do so – really hit me that evening. The warmth, happiness and even pride that we felt when people filed up to the bar and asked for a glass of one of those was immense. The Lou Pepe Kriek was astonishing.”

The UK was also well represented on the menu. There was Burning Sky and Wild Beer, but two that really stood out for me was The Kernel Biere De Table and the Magic Rock Brett Alphonso. They took the party down to crazy town.

Kernel’s classic saison table beer has been served in many different version over the last year, but at this event they’d taken it to a completely different place. A weird and exciting place.

This version of the Biere De Table was so full of brett that it was like being punched in the throat. Brett is a yeast that has a tendency to add a shade of funk to beer, and the funk on this brew was like James Brown on fire. The aroma was of humid cabbage, so we found it was best to hold our breaths while drinking it. But the flavour was great. I love crazy funky beer.

The Magic Rock wasn’t exactly your middle of the road beer either. It was another beer with brett, barrel aged for 18 months. It tasted like dill and peaches, although the normal Alphonso is made with mango. The dill flavour must come from a hop called Sorachi Ace. Who knew dill and peaches and beer would go together so well. It was the kind of beer where your brain is trying to catch up with what’s going on your mouth. It was great.

Just before 8:00 pm the queues for the Zwanze starting building up, but because of the registration scheme everyone was safe in the knowledge that they’d get a sample of the Cuvée Florian. No stress, no hassle. The Zwanze was served in a special swanky glass, worthy of the occasion.

The beer was great. Made extra special perhaps from the hype that surrounded it. It was red and smelt like a funky basement filled with cherries. And it had the longest aftertaste I’ve ever had in a beer. Ever. It was sharp, fruity and exciting, and before I could think about what had happened it was gone.

“I really enjoyed the beer. But I’m pretty slow with my feelings towards things. I like to take my time to get to know things, intimately, and this is not an occasion nor a beer with which this sort of relationship is possible.”

Looking at people’s faces as they were trying the beer it was clear that it was going down well. It’s interesting how pleasure manifests itself in a facial expression. We decided to ask people to give us their review of the beer using only their face. This is Zwanze Face 2014: 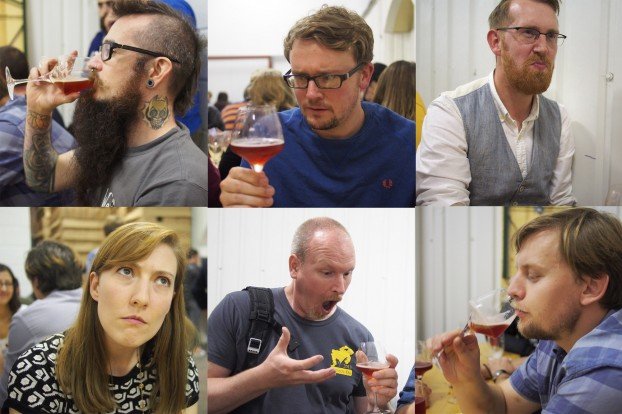 It was over. But the atmosphere at Kernel was great. Maybe because you had to register you only got the most dedicated beer fans turning up. Evin said that he thought people came down because they cared. It seemed they wanted to be there. And I agree. This Zwanze affair is a good initiative – to unify all beer lovers around the world in one single toast.

I leave you with the these last words from Evin, the guru of beer, of the nature of Zwanze:
“There was an intense, fleeting joy – as much to do with the moment, the event, the evening, as with the beer.”

Words and images Per Steinar.