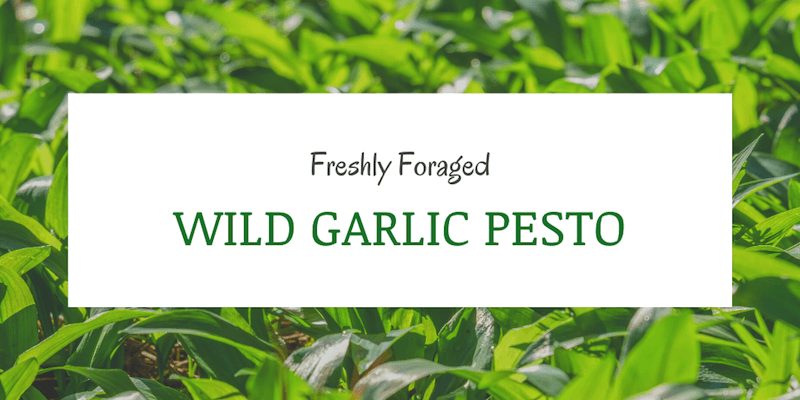 As an obsessive Guardian reader, follower of chefs Nigel Slater and Yotam Ottolenghi, and avid watcher of Masterchef and Great British Menu, wild garlic has been on my radar for many years.

I’ve read chefs wax lyrical about its pungent aroma but delicate flavour, and suggest myriad ways of cooking, from soup to salads, pesto to puree.

But I’ve never found any. Having spent most of the last 10 years living in central London, the best you are likely to find in the woods and verges are a few old Stella cans and maybe some KFC bones.

Until today. No, I’m afraid I’m going to disappoint those Londoners hoping for a secret stash outside St Pancras station (although maybe I wasn’t looking in the right places?)

I moved out of the city a year ago and now spend sunny weekends on wholesome walks with the dog. Today, we ventured up the North Downs Way, and lo and behold, wild garlic was all around!

I worried I wouldn’t be able to spot it, but all those chefs are right…you can’t miss the smell. Just like garlic bulbs but softer and more aromatic. It’s in season between March and June here in the UK, and starts flowering towards the end of the season. I’ve read that you can tempura the flowers so I’ll be on the lookout for them.

First up – wild garlic pesto, which I used to accompany a Springtime roast chicken dinner.

See also  A Few Days Eating and Drinking in Venice

Recipe my own, based on what I had in the fridge and inspiration from many others online. As you can tell, I’m not really one for exact measurements.

Toast your pine nuts. Some do this in the oven, I prefer to pop them in a dry frying pan and toss until golden. Don’t take your eye off it…they turn very quickly and once black, cannot be rescued.

Put all the ingredients (except the lemon, and don’t use too much oil to start with) in a blender, or pestle and mortar (or bowl with a rolling pin), and whizz together. Not too much, you want a bit of texture in there.

You might need to add them in batches, and the wild garlic will seem way too much at first, but don’t worry – it will blend down to nothing.

Slowly add more olive oil and a little lemon until it tastes so good you could just eat it with a spoon. 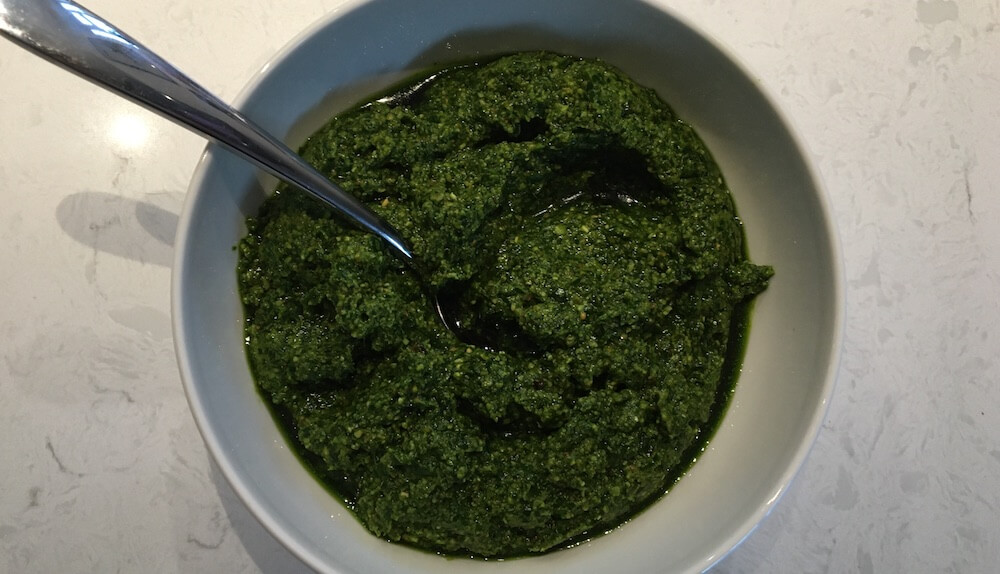 Put into a jar and try not to eat with a spoon. It should last at least a week in the fridge. We had ours with roast chicken, roast new potatoes and peas. It would be great with eggs, in sandwiches or toasties, to accompany meat or fish, as a pasta sauce, risotto, on toast…anything you want!