Uncle Tetsu Needs to Bring His Delicious Cheesecakes to London

Do you ever get cravings for food you’ve had in the past?

In London, it’s pretty simple to answer any random flavour-pangs on a whim.

Sadly, it seems that for one favourite of mine, global domination takes time.

It’s been a year since I was in Australia, but I still have fond memories of a sensational sweet treat found there.

After a week on Straddie I visited Sydney for a few days. I was based in the city’s Chinatown. This is an area where you’ll find lots of noodle bars and other foodie treats.

In an area where I did not typically see many queues for the speedy fare available, one shop seemed to have a constant line of eager 20-somethings snaking outside.

After further investigation, it was revealed that the drooling masses were mad-keen on Uncle Tetsu’s Japanese Cheesecakes.

So of course I joined the queue to see what all the fuss was about.

Standing in the queue, it’s easy to watch the efficient staff operate a conveyor of shiny mesmerising machinery, whilst the sweet, buttery aroma fills your senses.

I’ve never seen so many cheesecakes made and sold so rapidly.

All too soon, I’d been given a bag filled with my freshly-baked order so I could take away and greedily tuck in like a true glutton.

I was not disappointed.

I could not stomach a whole $15 cheesecake – but in just three days I became somewhat addicted to the insanely good Japanese cheese tarts.

Let’s just say I returned way too many times in my short stay.

Uncle Tetsu, please, please come to London. We need you.

Oh yes, and bring your cheesecake recipe too. 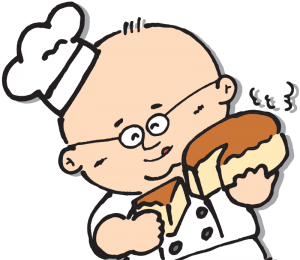