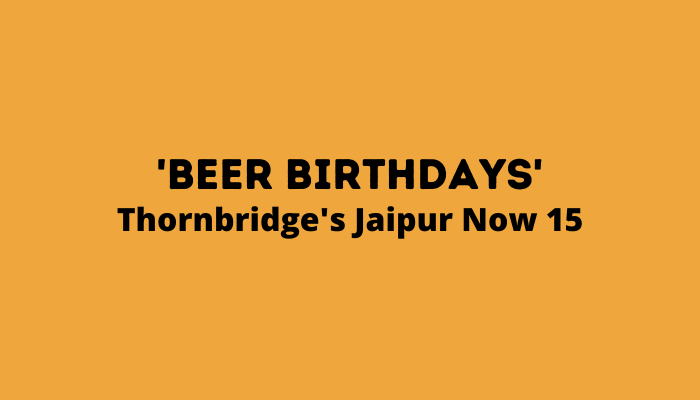 Something I have noticed more this year (perhaps due to spending more time online and less time in pubs due to ongoing lockdowns and closures), is breweries celebrating the ‘birthdays’ of their flagship beer.

This is not a new marketing phenomenon. Not one to pass up a good marketing opportunity, Guinness were perhaps the most known for putting muscle behind the idea, just not for a black stuff’s name day. In 2009, Guinness celebrated the 250th anniversary of their founder Arthur Guinness signing their famous 9,000 year lease for their St James’s Gate premises in Dublin. A worldwide ‘To Arthur’ campaign was launched on September 24th, a day they dubbed ‘Arthur’s Day’.

Moving on to 2020, and we see that prominent UK breweries have started to celebrate with special editions of their most famous beers. Adnam’s Ghost Ship is celebrating its 10th birthday with a range of Ghost Ship inspired collaborations and Thornbridge’s Jaipur reached the grand old age of 15, releasing a double dry-hopped version and an imperial version.

Crazy to think that Jaipur is 15 years old!

I received a celebratory tasting set from my parents for my birthday…yes, I am older than 15..

The box includes Jaipur, Jaipur DDH and Jaipur X in large 440ml cans. Additionally there is a Thornbridge Teku glass and even some bright orange Jaipur socks – my first beer themed socks but possibly the start of a new collection as the cupboard of branded glassware are starting to spiral out of control… 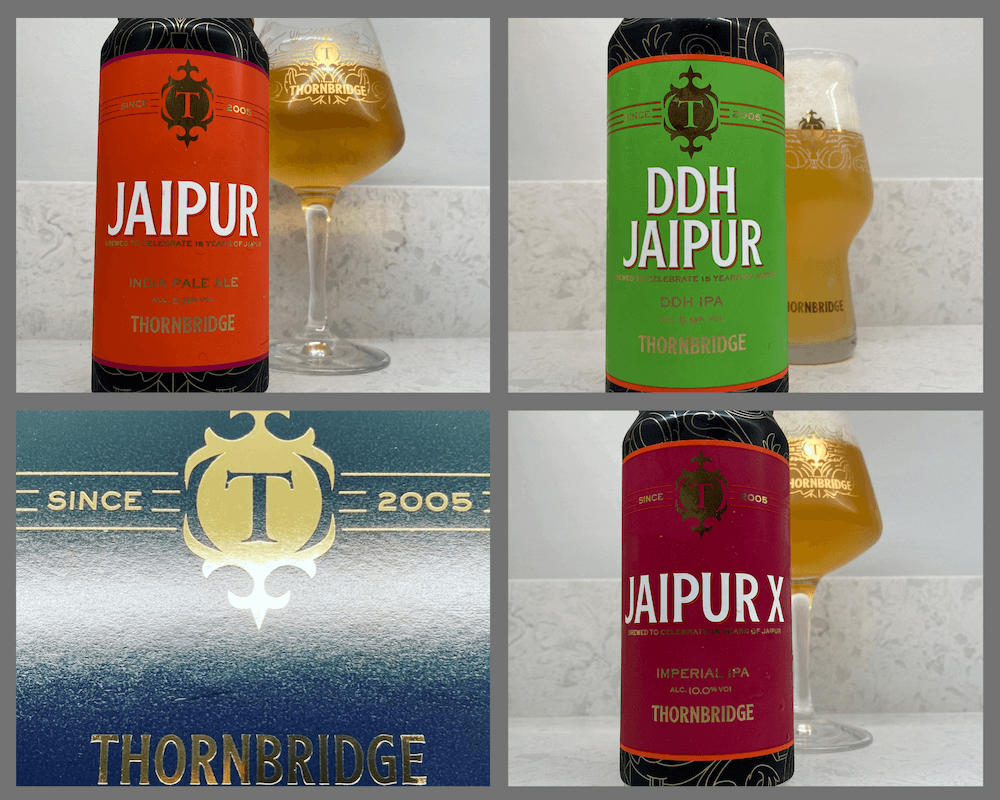 Jaipur is punchier than ever – powerfully bitter by today’s standard and with huge wafts of tropical fruit when opened. Lychee and grapefruit gives way to a long, dry finish. I think I will always prefer the slightly mellower cask ale version, but it is rare for me to find it where I live now.

A landmark beer which helped put these US hops and Thornbridge on the map.

Jaipur DDH felt even rawer and harsher and it verged to being a bit too unbalanced for me.

Jaipur X on the other hand was the pick of the bunch. The balance here was supplied by the high ABV – a whopping 10% but it is hidden so well that after you enjoy it rather too quickly you’ll be left with a huge grin on your face – if you’re anything like me anyway.

So happy 15th Birthday Jaipur, here’s to another 15!