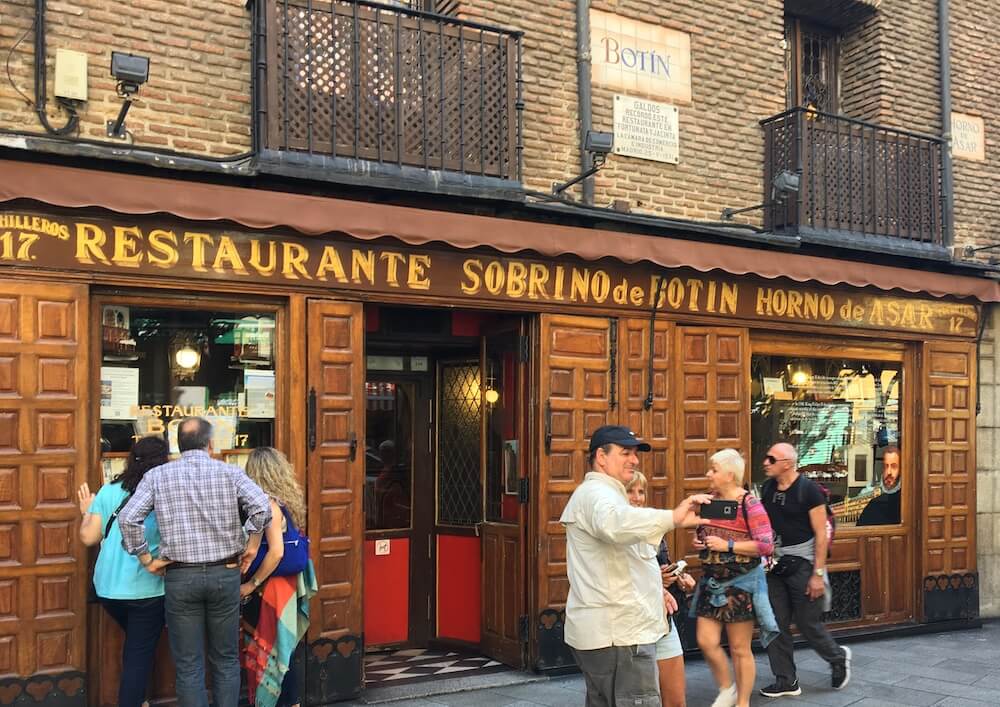 Madrid is home to the oldest recorded restaurant in Europe, the 400 or so year old Restaurante Botin. Located on one of the best streets for tapas, it’s a must-see destination oozes charm and history.

Having read Hemingway’s ‘The Sun Also Rises’ a year ago, I’d not really remembered that this restaurant is referred to as his favourite restaurant in this book. In a passage, he states having got through three bottles of wine during his suckling pig lunch.

And no wonder it’s become popular with travellers – it’s unlike anything I’ve been to before. It’s kept itself reasonably true to itself, which must be pretty difficult considering how popular it has become.

I was in Madrid on a weekend break with my wife, who had sensibly booked to eat here a couple of weeks beforehand – you can’t just show up for a table so if you are keen to go, I’d advise booking through the website.

We’d made sure not to eat too much in the morning, so were ready for action come lunchtime.

Once we’d fought through a few tourists taking pictures of the outside, we entered the rustic, vaulted ceilings and take a seat. You certainly have to book in advance!

We were placed in probably the worst table to start with, but we were allowed to move to a much better seat in a cosy nook in the cellar area. This is one reason to turn up to lunch on time, otherwise you’ll likely end up sitting next to each other facing a gangway.

The wife had read Eat Like A Girl’s blog and despite my initial misconceptions about ordering garlic soup, I was glad we did.  The baked egg and garlic dish was delicious and seemed a good precursor to a big plate of the trademark pork. Worth getting for the aroma alone. 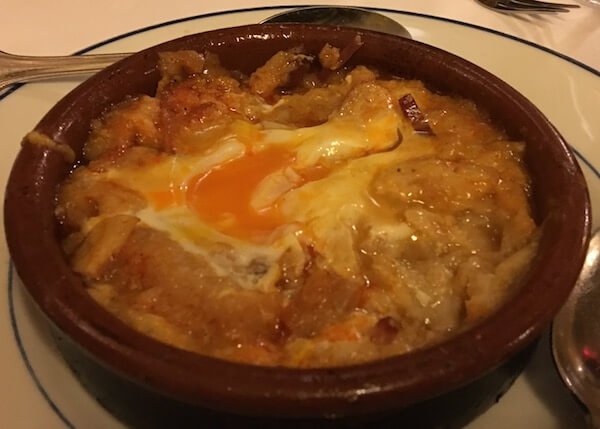 The pork was succulent and tender with some great crackling. A dish that takes you back in time, served simply with roast potatoes. One of us ordered the pork, and the other the lamb, and it was good to try both meats.

We washed the meat down with the house rioja; anything too fancy would have probably been a crime alongside the pork. Not quite up to Hemingway’s three bottles, but not too bad for sharing at lunchtime.

We skipped dessert, opting to walk off the calories in Madrid’s sunny streets and stop for gelato a little later.

Obviously, the restaurant heavily caters for tourists, but prices and service are reasonable, and they don’t mind you exploring and taking a few photos. 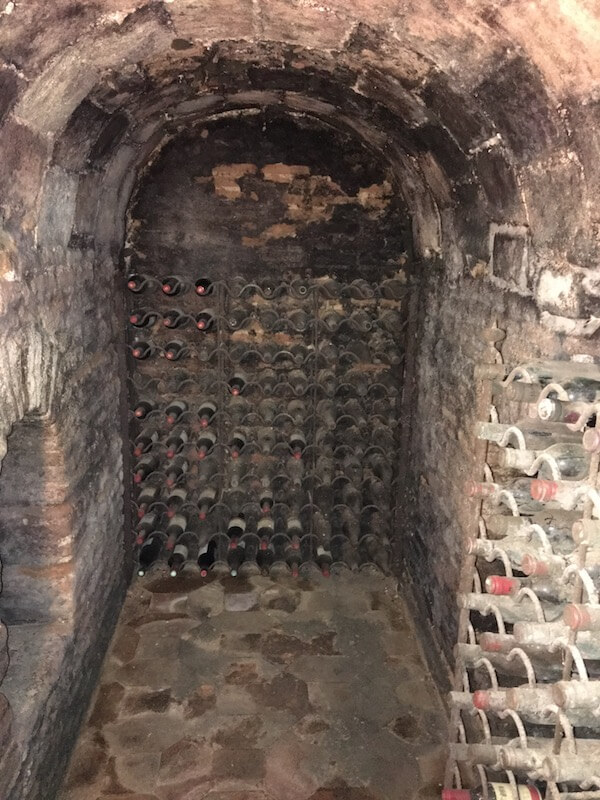 We sat near the dusty wine cellar, which was explored after the meal. A few bottles stuffed down the shorts later and we went upstairs to say goodbye to the next round of baby pigs cooking in their own juices. 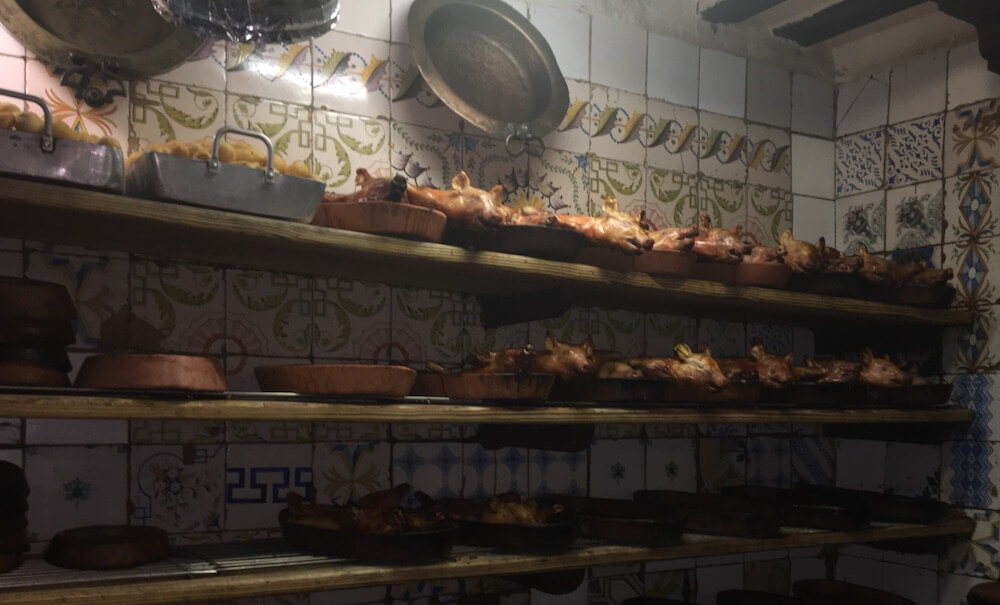 Botin: Not one for vegans