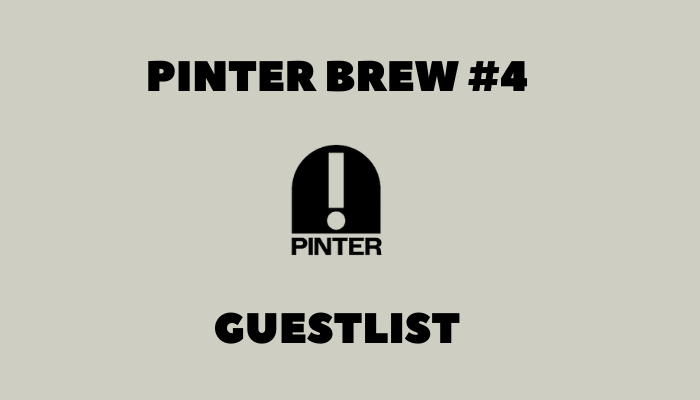 I managed to secure the rare fresh press before they ended this service by sending a few referrals their way from this very blog. 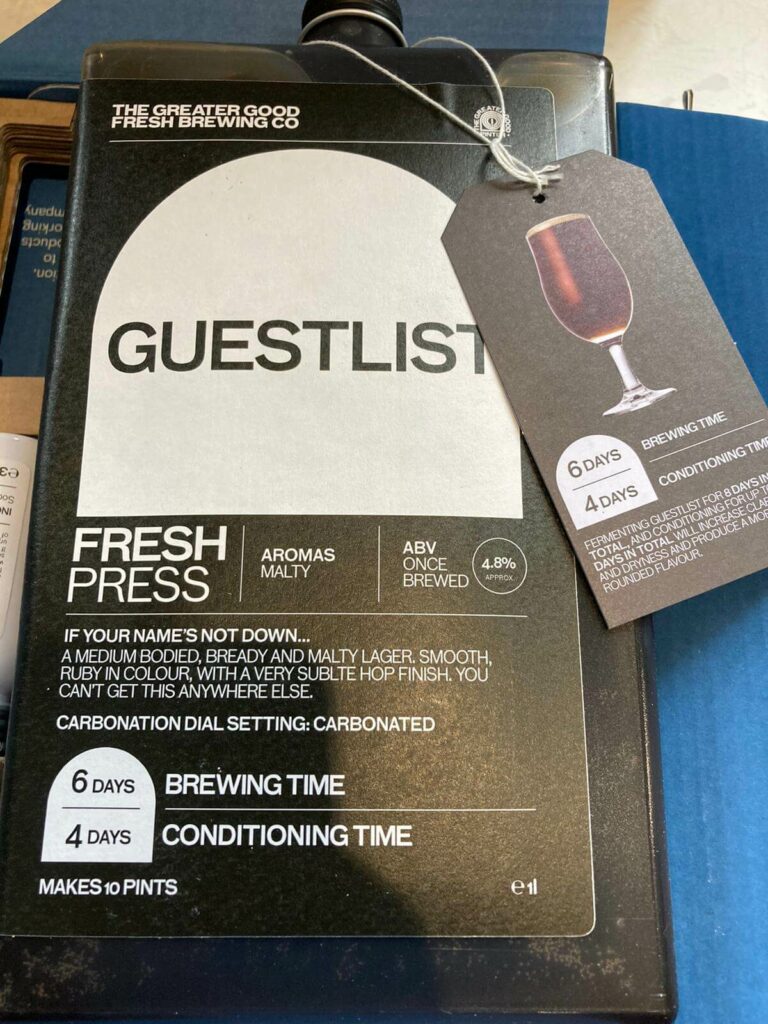 Guestlist should create a dark lager. The information states it should be 4.8% ABV and it should be a medium bodied, bready and malty lager. It should be smooth, ruby in colour with a very subtle hop finish.

This brew went very smoothly, and I stretched out the brewing and conditioning phases as recommended.

As it was a ‘ruby’ colour, I took this round to my in-laws’ ruby wedding celebration at their house. 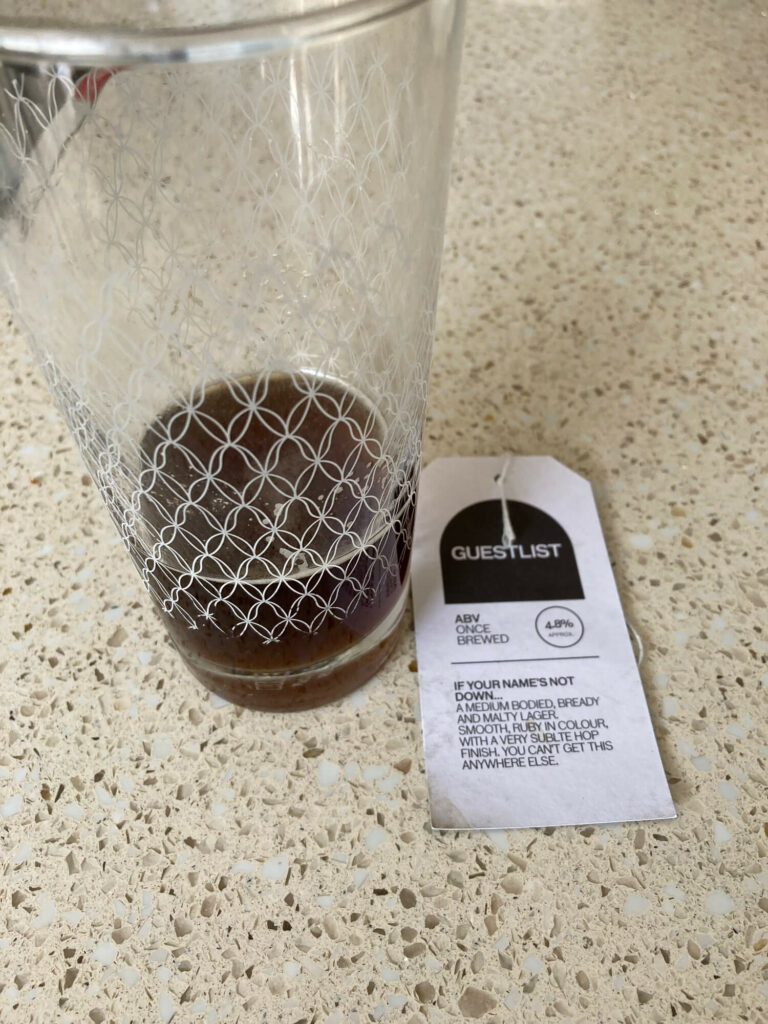 I took it round a day before and kept it in the fridge until the event, it was then moved to prime spot for those entering the garden.

I renamed it ‘Roys Ruby Lager’ and adorned the tap with an old photo I’d dug up of my father-in-law for extra giggles. 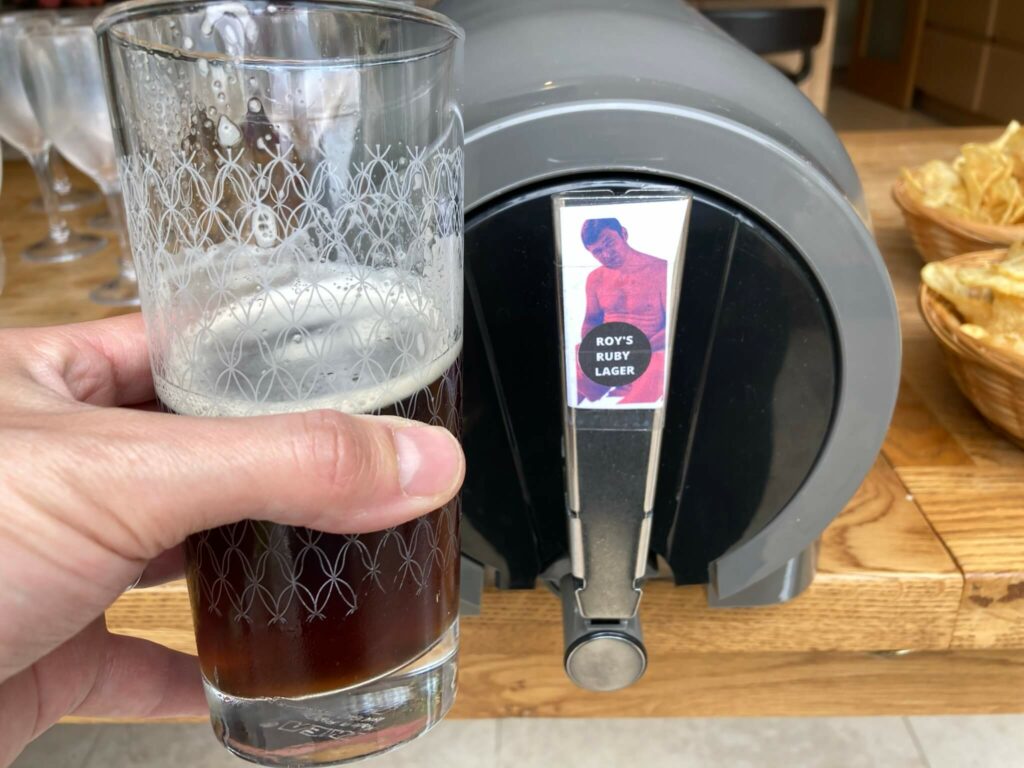 I was a bit worried, as there is often a fear of darker beers being ‘heavy’ and really bitter. However, I was please a lot of family members tried the beer and went back for seconds, so I would say it was a resounding success!

So successful was the brew, that this is probably one of the only Pinter brews I’ve managed so far which was finished on the day it was tapped.

I certainly thought it was tasty, and it’s a fresh press I’d like to return to their shop, as a bonus for referrals or simply being widely available for purchase.