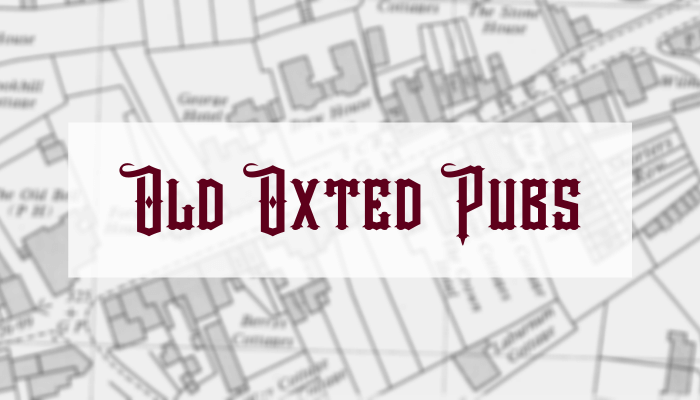 Having grown up in an Essex new town which was not blessed with too many pubs (any good ones seem to have closed), Oxted appealed with it’s old high street which boasts four old pubs along it’s tiny stretch.

On the other hand, across the road 10 mins away, ‘New Oxted’ over the road has just the one: a modern, dull and rather ordinary pub which is also a Wetherspoons – the Oxted Inn.

Before lockdown eased in the UK, I took a few photos to record the time before these old Oxted pubs tentatitvely re-opened their doors.

At the Western end of the high street sits the Old Bell, a late 15th century pub run by ‘Chef and Brewer‘. Like the others on the road, mock tudor. 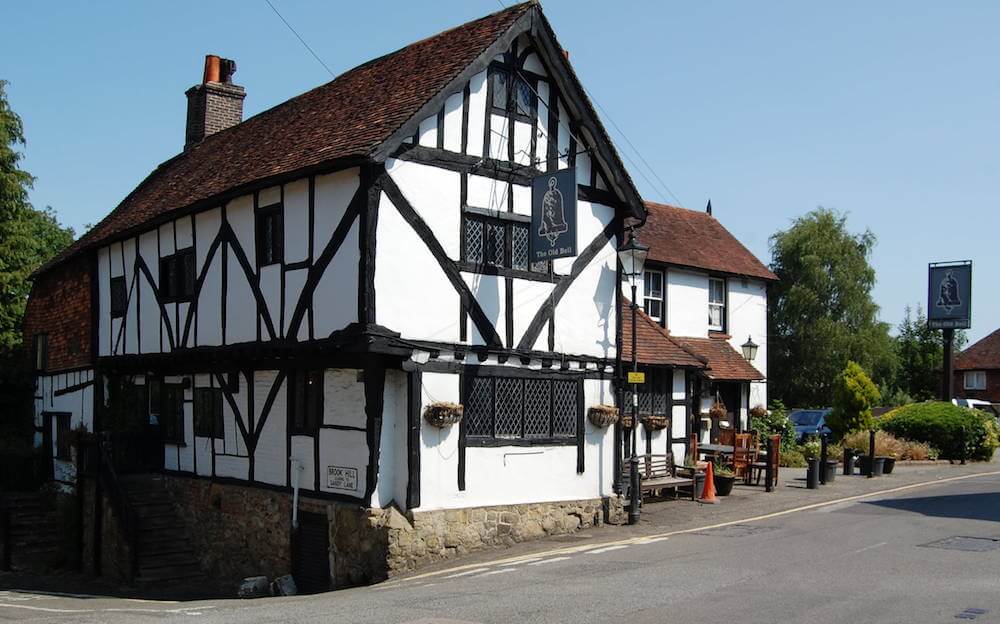 The 16th Century George Inn is run by the same landlord as the Crown over the road, being relaunched as a Gastrobpub after previously being a steakhouse and brasserie before the lease expired. The George Inn has two cask lines, usually with local beers from Westerham and also the well known favourite, Sussex Best from Harvey’s. 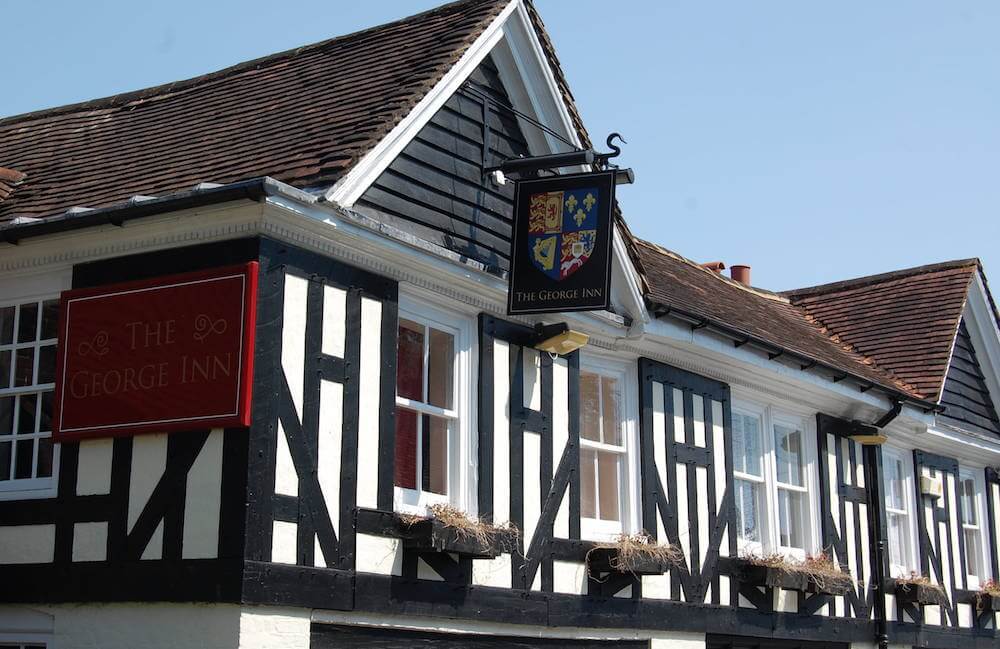 The 17th Century Crown Inn has a good size garden at the read of the premises, probably the best in old Oxted. It has an interesting interior with two floors and lots of nooks and crannies. You can see there is an arch, maybe for horses and dating from it’s time as an Inn for weary travellers. There are four cask lines here but it remains to be seen how long it will take before they use all of them. Usually The Crown has a varied menu with many vegetarian dishes and during lock down they offered take away pizzas from their outdoor pizza oven. 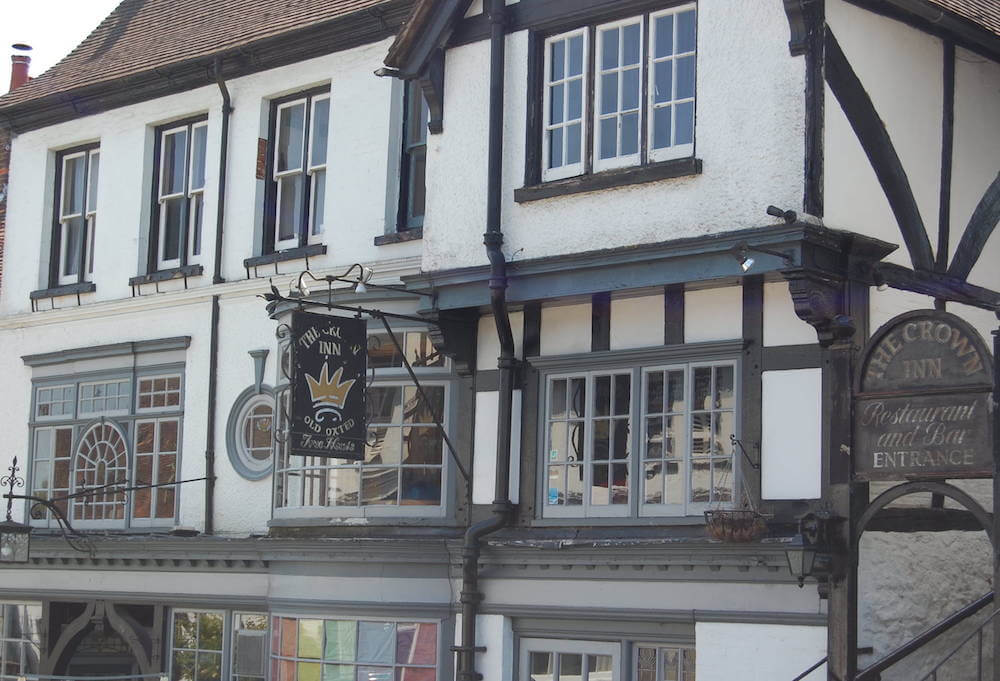 The Wheatsheaf is the place to go to watch sport, and usually has most of the Sky Sports fixtures on. It has a special place in my heart as I think the landlord is a West Ham fan if I remember rightly (Come on you Irons!). They also have a few live music gigs from local musicians. As you can see from the image, not much of the information had been updated during lockdown, but hopefully it is back to it’s best soon. 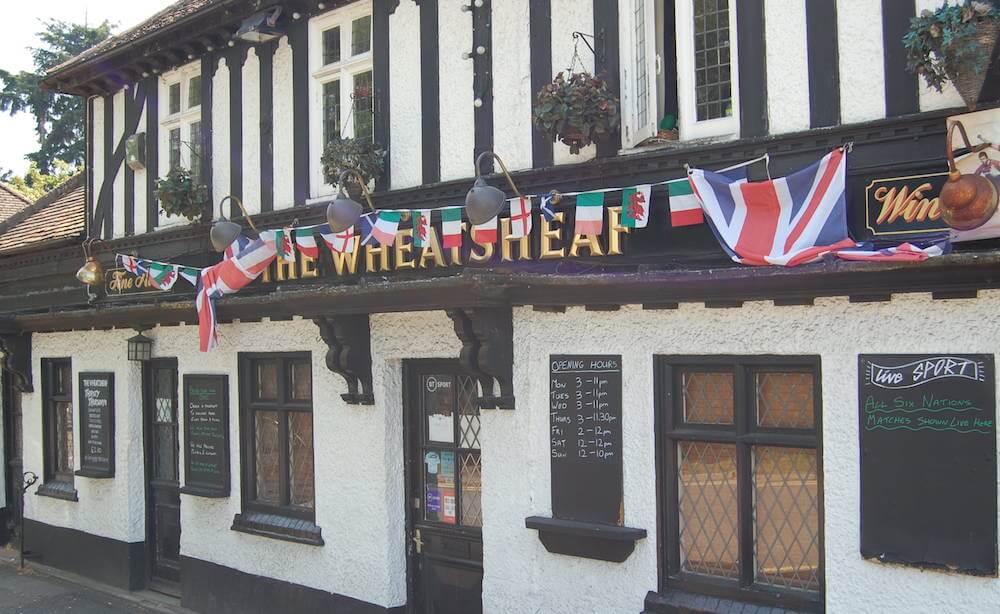 So there we have the four pubs of Old Oxted. Great for a pub crawl – but perhaps best on a sunny weekend! There’s some great information on this blog, which contains some superb old photos of the road and pubs.

Here’s an old map which actually states that there was a brewhouse on this road. I’ve found no information about this. If you know more – then please do get in touch as I’d love to hear about it. 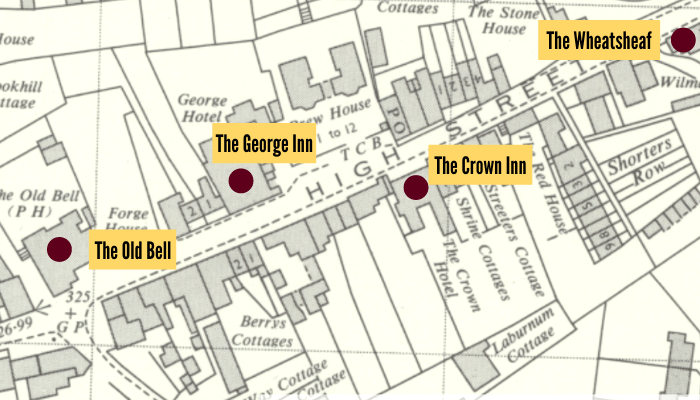