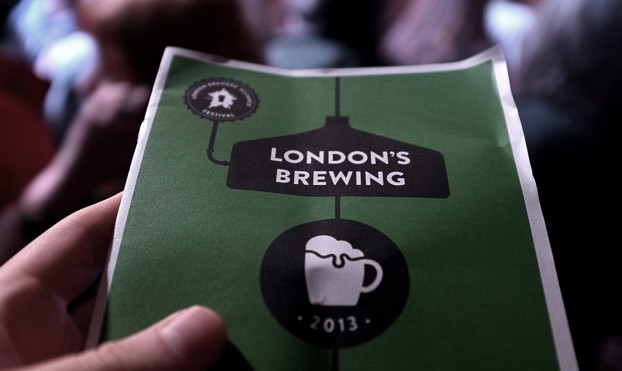 Do not mention the magical pissup metaphor.

Pitched as a splendid showcase of the London Brewers’ Alliance, London’s Brewing promised the union of our city’s oldest and youngest breweries, all under one roof. It had the potential to be the glorious beer festival we’ve all been waiting for. Truth be told, it held more parity to a shed of headless chickens.

The event was split into two sessions. We hit the evening slot, salivating and particularly excited to sample beers from Beavertown, Weird Beard, Redemption, Pressure Drop and Brodie’s.

However, the lashings of vitriol from angry beer fans on twitter over the afternoon session kind of pissed on our bonfire a bit. From all angles it seems that (I won’t mention the magical metaphor) London’s Brewing Festival had contrived a serious case of The Shambles. 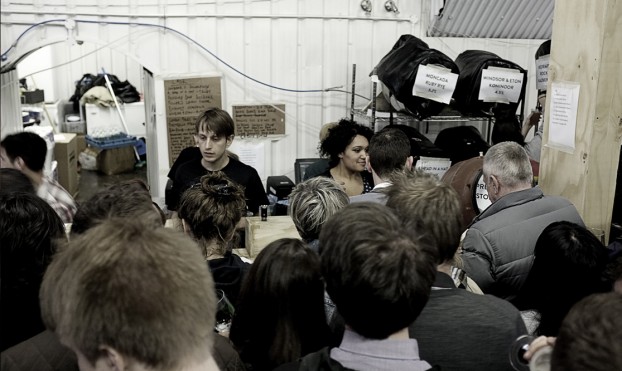 The disaster was so thorough in its execution you had to suspect they’d planned it to be this bad: Too many people, too few bars, unknowledgeable staff, too many people, lengthy queuing time, wrong beers in the pipes, far too many people, and so on. Many gave up before they got in — many demanded refunds and even more warned everyone else not to bother. “Get out while you can”.

Things started looking up when we got to a bar. Greeted by rows of cloaked casks, ready to deploy their nectar to the thirsty masses. It seemed to posses all the hallmarks of an actual beer festival. Twitter was wrong. 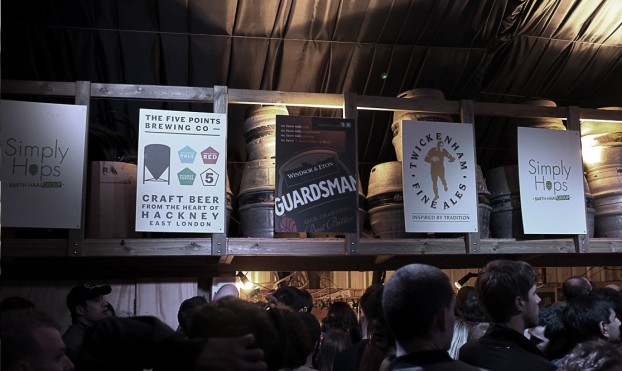 Although it wasn’t. There were no queues to speak of. In their place there was a 15 deep swarm of disgruntled, and surprisingly sober, beer fanatics, using every inch of their elbows to get to the decent beer. But what of the actual beer? It was certainly tough getting our hands on something. We opted to pool resources and order different beers to share.

First out of the stables were:

The Hopspur served as a nice familiar base to test the others against. It was the Porter from Pressure Drop which came out on top in this little showdown. Deeply rich — talking fortified wine territory — flavour and a distinct coffee note. I was thinking we should have stuck to this one all around, given I detected a distinct cheese and biscuits aftertaste from the Fullers brew.

See also  Where to Drink Beer in Bruges 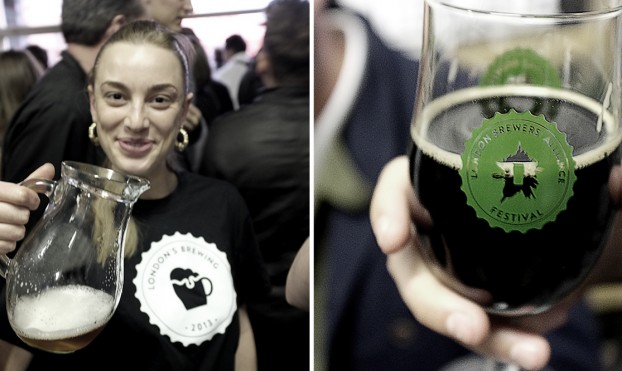 So at least the beer was good. Good old beer. We marched avidly across to the other bar, which was decorated like a calving shed and had the humidity of a sauna. Here we tried to get our hands on a few more choice brews. However, trouble was afoot. Pathetic organisation, and the availability of plastic cups, had caused the uncontrolled mob at the bar to stockpile their drinks, which caused more delays, which in turn meant that everyone else also bought more when it was their turn. It was a vicious circle with no benefit to anyone. I merrily joined the sweaty shoal of punters with an eye on something from Weird Beard or Beaver Town, and waited. And the longer I waited the shorter the list of available beer was becoming.

After 35 minutes of dissuading my fellow patient queuers from uttering the magical metaphor, I felt myself committing the ‘Sunk Cost Fallacy’. It’s the point of no return, where one has invested so much time and effort into something that to back out seems ridiculous. I had my hand on the bar and there were still 4 beers left, and only one of the students working there appeared to be suffering a nervous breakdown — I should definitely persist. 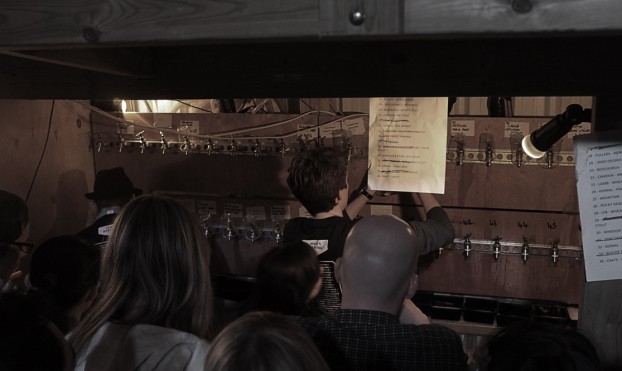 I came back clutching the spoils to discover half of our party had left. To be honest, I wish I had too. The second round was:

The Export Stout was fantastic — I didn’t intend to buy it, but with the overall brew scarcity I’m glad I did. A thorough pleasure after the tormenting ordeal at the bar.

The ‘Not Weird Beard’ was a pretty decent Weiss style and I would certainly have it again, if I just knew what the fuck it was. In the earlier session Weird Beard suffered from mislabeling, but this time I’ll just pin it on hand-eye co-ordination error from the absent minded staff.

Our final beer from the round came courtesy of a drunk bar girl who was brandishing a pitcher. She had no idea what it was. If my palate is anything to go by I would say it had the refreshing taste of drip tray cocktail. By 8:30 she was crying outside.

We left shortly after.