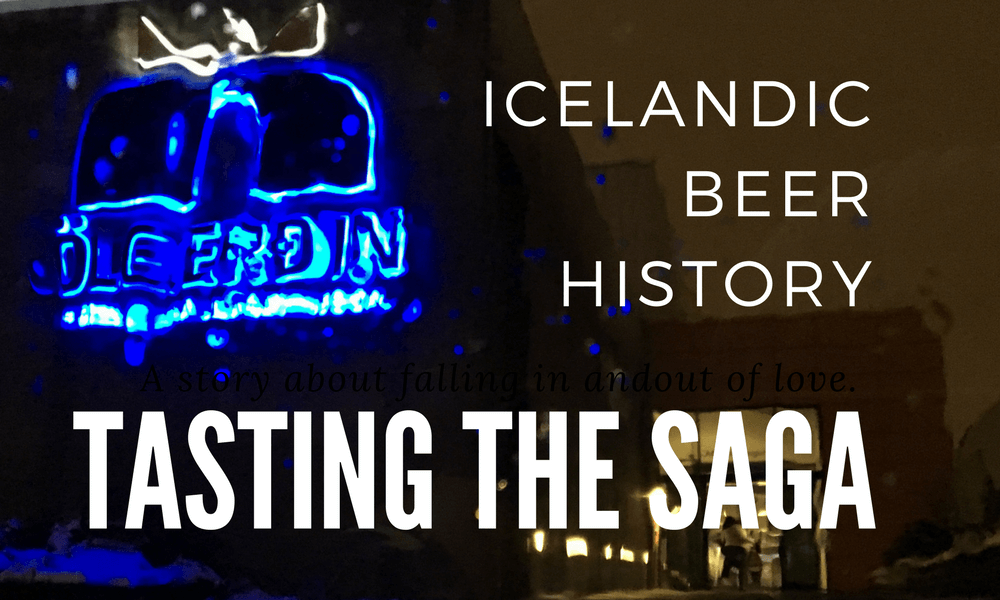 Every year, Iceland has a national beer day.

Taking place on every year on March 1st, the festival celebrates the end of a 74 year-long ‘ban’ on beer.

And such is the Icelandics love of beer, that the day after was understandably made a national holiday!

So, why was there a ban?

Of course, it all started with the temperance movement more than 100 years ago.

I learned about the somewhat odd Icelandic history thanks to the ‘Taste the Saga’ beer tasting event hosted by a comical bearded Icelander.

Due to his somewhat unpronounceable name, he conceded that the group we should simply call him ‘Happy’.

The history of Icelandic beer is woven in with the story of the Olgerdin Egil Skallagrímsson, Iceland’s oldest (and largest) brewery and coincidentally the location of the tasting the saga experience.

Whilst he regalled us with tales from the past, Happy kept the beer flowing, starting off with a Gull lager (prounounced godt), the brewerys biggest seller.

The brewery itself lies on the outskirts of Reykjavik, and was founded in 1913.

Strangely, that’s one year after prohibition officially began in Iceland – an event that happened after the national referendum which set in motion the alcohol ban.

Certainly not the first, or last dodgy decision decided by a public vote…

Due to the ban, the brewery began by brewing Malt Extract drinks, a type of soft drink that’s still popular in Iceland. It’s a bit like a stout which is heavily sweetened and flavoured with liquorice.

I found some for sale in the supermarket and bought a few to try as there was no beer sold. One of the versions I tried by Olgerdin was flavored with orange. 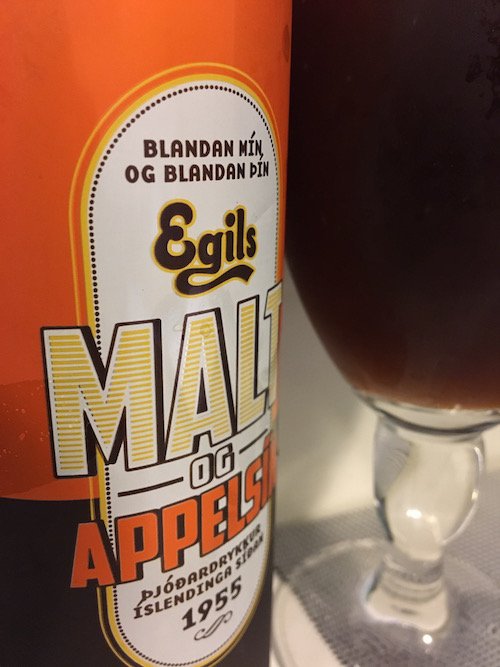 Certainly drinkable, but it was way too sweet for me!

In brief, it certainly was a saga, with wine and spirits eventually being deemed OK to drink, as well as weak beer which was less than 2.5% ABV.

In Icelandic bars they even used to make the weak beer ‘stronger’ by adding spirit to it. This became known as ‘Pilsner’ in Iceland. Of course, it’s nothing like a true pilsner! 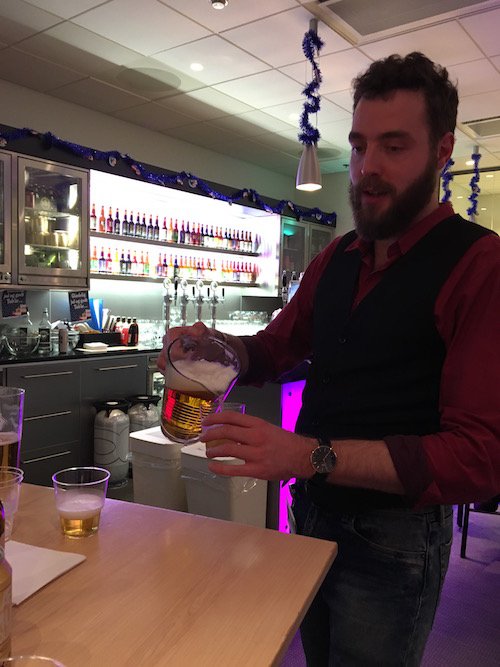 An Icelandic style ‘Pilsner’ – Just add in some vodka!

In 1989 a bill was finally passed through the Icelandic parliament to fully legalise beer, much to the relief of many.

What’s incredible is that Beer is now the most popular alcoholic beverage in the country.

Olgerdin followed the standard template of pretty much every typical lager brewery, with a small range of beers which were not going to set the world alight. But things changed in 2010 when they set up the Borg Brugghús craft brewery.

One of the aims of the brewery is to use local Icelandic ingredients to create an interesting range of beers.

The first beer created was Brio, a well balanced Pilsner with a good level of bitterness.

Due to the beers success many other beers have followed, with each release having a unique number and name.

The label design and colour also signifies if the beer is brewed for a specific season or event.

For example, the beige colour signifies that the beer is part of the core range, whilst red is for Christmas, green for summer and there’s even a rainbow design for gay pride.

During the history lesson we tasted the following beers created by Borg’: 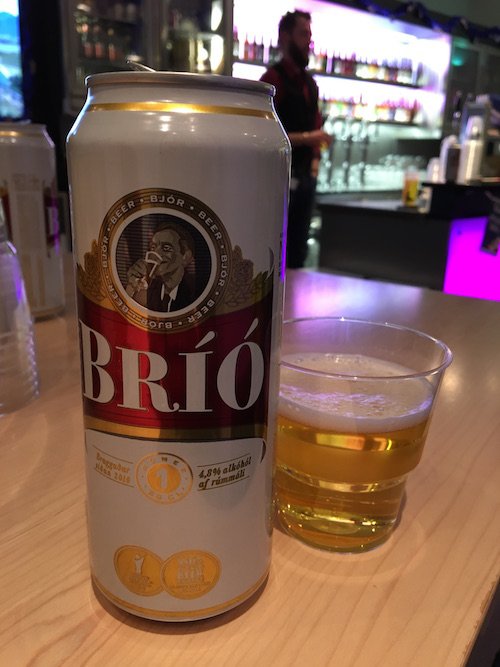 This is a huge improvement on Gull. It has a more bitterness and is closer in style to a true Pilsner. Not hugely interesting, but well made and very drinkable. 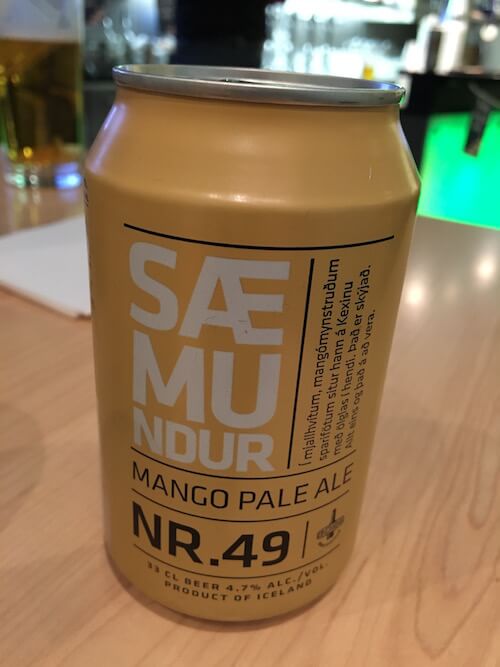 A good American style pale ale with added mango which certainly comes through. I like a bit of mango, but this felt way too tropical when it was about -3 degrees outside! 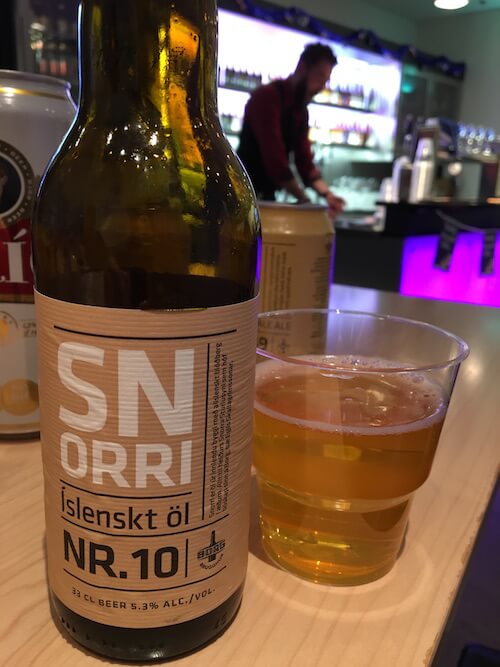 Icelandic malt and arctic thyme give Snorri a distinctive flavour with a slightly sweet finish. Fantastic and one of my favourites. 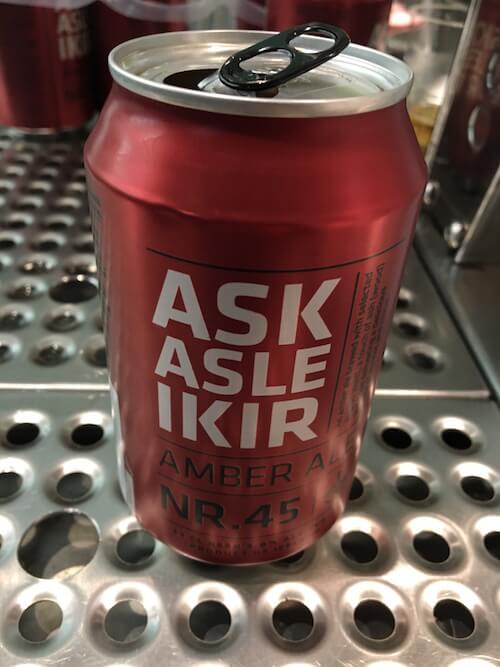 One of the ‘Yule Lads’ specials, it has a hint of ash which gives an unusual bite to this amber ale. 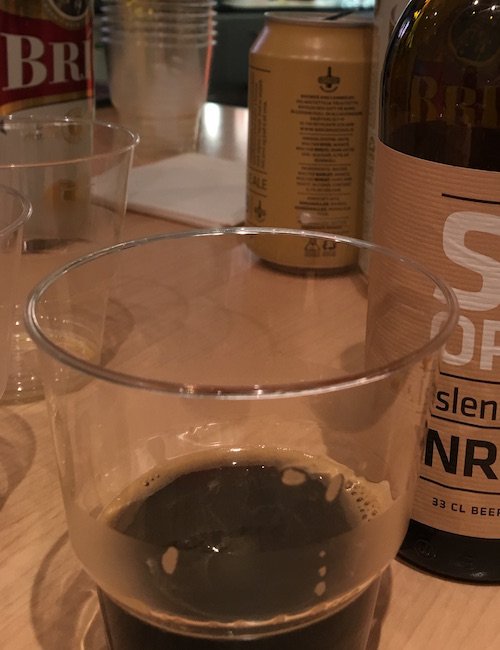 The effects of 8 drinks take their toll

Lovely strong dark ale with coffee and chocolate flavours, and a good choice for an Icelandic winter. This Russian Imperial Stout was understandably served in small measures. Don’t worry though, you can get a 6-pack from the airport in duty-free.

The tour concludes with a quick nose around the good-sized brewery in fetching hairnets.

Whilst on the tour, some members of the group spotted a few barrels from Laphroaig whisky distillery ageing an imperial stout, so look out for that should you visit.

The tasting the Saga Beer Experience is priced at around £55 through Grayline. Excellent value considering the price of beer in Iceland!