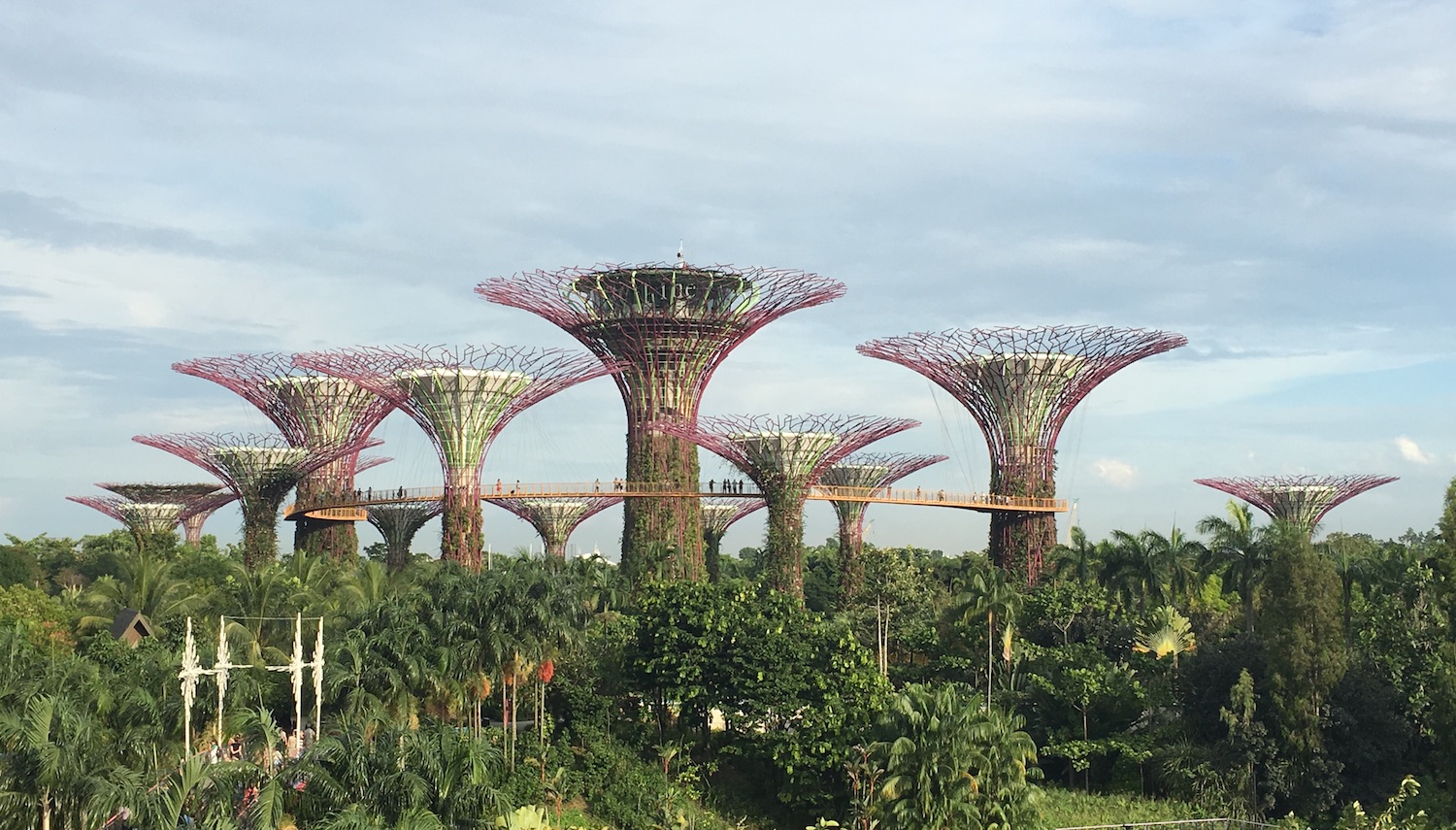 I had an enjoyable few days in Singapore at the start of the year, a spotless, futuristic city. I’d certainly come again, especially if travelling again to Australia.

Even though this visit was on a return journey from down under, I of course found some time to scout out a few beer bars, and try the local brews in the short amount of time I had.

Near my hotel, I found a beer bar on a charming street called Haji Lane, which was full of hip cafes and independent shops. Very pretty part of town which is pleasant change to the full air-conditioned shopping malls you seem to get everywhere.

The bar was tiny, and called the Good Luck Beerhouse. The place had many different beers on tap, unusual for Singapore, had a large a fridge full of interesting beers from around the world.

First, I opted for an Anarchy Amber on draught, from Innocence Brewing. I followed this with a can of Suiyobi no Neko from the Japanese Yo-Ho Brewing Company. I could not resist that awesome can, and fancied a wheat beer. 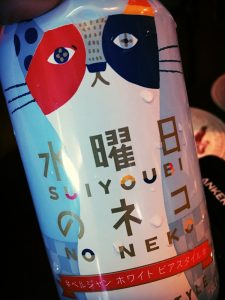 If you do go to the Good Luck beerhouse whilst in the area, don’t bother with the food. We ordered some steamed Japanese dumplings and a few items were clearly warmed from frozen. We sent it back, twice. Eat elsewhere! This bar should just cater to drinkers with some salty bar snacks, or team up with a restaurant nearby and provide plates of Singapore’s amazing chicken skewers. Do one thing, and do it well!

There were some other bars I did not get to visit, like the ‘world’s highest urban craft beer brewery’ , which is located on the Level 33 of MBFC tower 1. One where you’d be able to take non-beer lovers due to the penthouse views across Singapore. 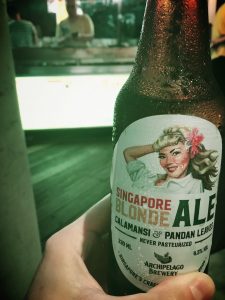 During a visit to the stunning Gardens by the Bay, I did find a beer of interest at ‘Satay by the Bay’, a typical meat skewer filled food market. Although this food area is slightly more expensive compared to others in Singapore, I found the visit worthwhile due to the amazing location.

Despite not being blessed with a huge beer selection, the bar did stock bottles of Singapore Blonde, from the Heineken owned Archipelago Brewery. Apart from the dated label, the beer was interesting due to the inclusion of Calamansi and Pandan leaves. I don’t really see these ingredients at all in the very un-tropical UK climate, but it went very well with the food on offer.