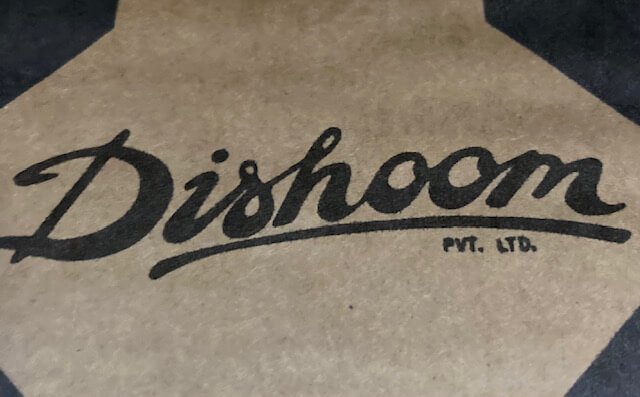 For those of you lucky enough to live near a Dishoom (there are 5 in London but they are also in Manchester, Edinburgh and Birmingham), cast your mind back to a world where eating out was a normal thing to do, and you’ll remember fragrant curry and daal, chai tea and general deliciousness.

To recreate the magic at home, I got Mr Bacchanalian the Dishoom Bacon Naan Roll Kit for Christmas.

I ordered it for delivery on 22nd December with a plan to cook and eat it for brunch on Christmas Eve, our first day off work for the Christmas break.

I’m a bad food blogger and only took a few poor quality images (the kitchen was an absolute bomb site after I’d made them which is the main reason) – but thought I’d review it here.

It’s a great, unique present – delivery is nationwide, and the cost is £16 + around £6 delivery, so it’s an affordable, fun present for someone.

The delivery was great, and it arrived sealed in a sturdy box which I put straight in the fridge.

On opening, it was packaged tightly with a type of wool insulation, with each ingredient in its own box or packet. 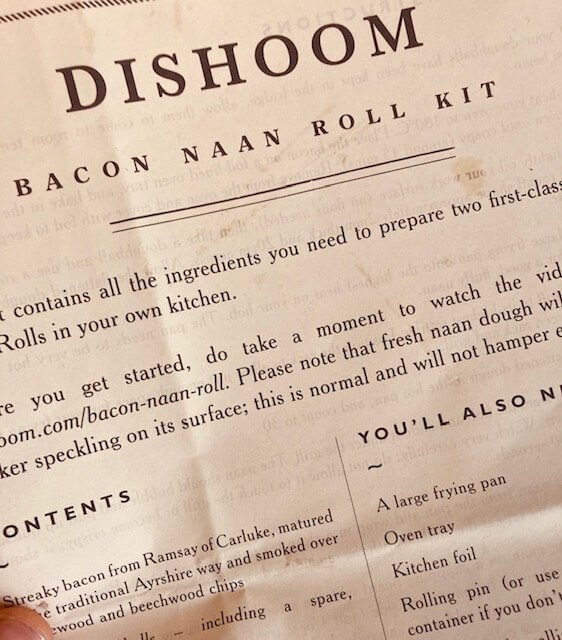 The kit includes all the ingredients to make Dishoom’s famous bacon naan – dough balls for the naan, tomato chilli jam, cream cheese, coriander and of course some great quality streaky bacon. It also has fresh ginger and chai spices to make a chai tea.

Now, I consider myself a competent chef, but for whatever reason I didn’t find it easy to pull this pretty simple recipe together. I think this is because the way the naan needs to be cooked (first in a hot frying pan then under a hot grill, for very short amounts of time), is tricky in a home kitchen.

My preferred cooking style of multi-tasking really doesn’t work here – you need to devote your full attention to the cooking of the naan so it doesn’t burn. You also need to be willing to get your pan and grill so hot they are smoking. The challenge of making this dish for a lovely brunch for two, is that you can only cook one naan at a time – so don’t actually get to eat together.

I found my naan’s to be crispy rather than fluffy, which spoiled the overall taste. 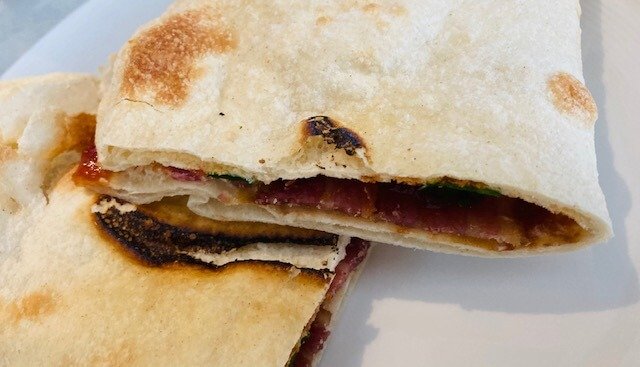 That aside – it’s still a pretty great way to start the day. The combination of streaky bacon, tomato chilli jam and cream cheese is inspired. I’d swap out the naan dough balls for some pre-cooked naan that you could simply heat at home. Not quite as authentic, but a lot more achievable in a home kitchen.

Order your Bacon Naan kit from Dishoom’s website – where you can also stock up on their own Dishoom IPA and a selection of pre-mixed cocktails, as well as a vegan sausage version of the naan kit.