I have grown an appreciation of most beer styles over the last few years as I’ve delved deeper into the world of beer.

But there’s one ingredient that fills me with repulsion – peanuts.

I can’t stand the smell, let alone the taste. Not only that, I’ve often had unpleasant reactions to cookies or other desserts which contain these evil nuts.

A peanut-butter stout is not a beer I’d consciously buy, but I could not stop Beer52 sending me the beer in the box I received before Christmas.

I’ve since cancelled the subscription to the Beer52 club and I’d forgotten about this beer languishing at the back of the cupboard.

It’s now almost March and times have gotten desperate. No, it’s nothing to do with the Covid 19 Coronavirus, my stocks of beer are low due to a ‘buying beer ban’ which ends in April.

As I am storing some interesting beers it was either this stout or a Becks Blue.

But, on a chilly, damp Friday evening I got curious. Would I react badly? Could I finish it? Would I actually enjoy it? 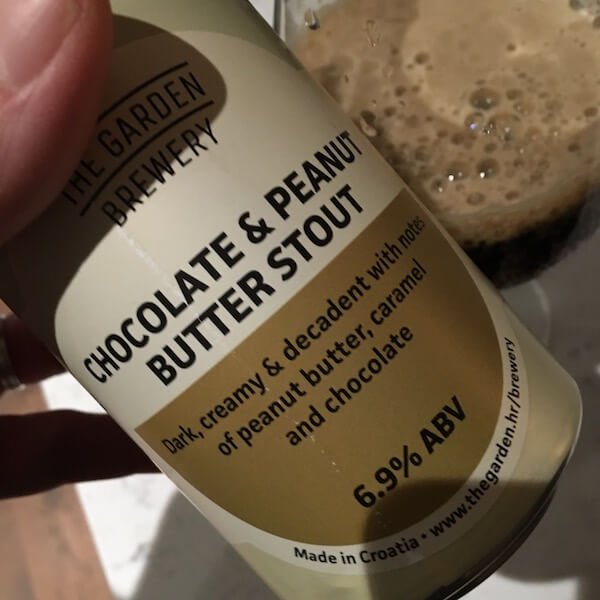 The beer hails all the way from Zagreb in Croatia, so not too common, unless you are a Beer52 subscriber. I must admit, I was a bit nervous before tasting and even slightly afraid.

I needn’t have worried.

Well, I did get a slight whiff of peanut but it was not overpowering. Flavour-wise the beer was a decadent chocolate stout – distinct sweet chocolate notes delivered in supple, velveteen layers.

I am not sure what the peanut adds, if anything, It would likely be a fine beer without it.

Trooper that I am, I finished it with no untoward effects – the use of peanut must be quite subtle. I did not seem to have any severe reactions at all,

I survived my first peanut flavoured beer, but it’s certainly not something I’ll make a habit of!

Do you enjoy peanut butter in beers? Let me know in the comments!