Meeting Macron at A Very French Food and Drink Exhibition

It was with great pleasure that I joined beer writers GH Hurel and Arezki Yaïche from Top of the Hops to attend the first day of Salon de l’Agriculture in Paris.

The largest agricultural event in the world, the Salon has over 22,000 different products to view, taste or buy which are produced in France.

It’s also an important cultural occasion in the country’s calendar, with the produce of each region competing for medals.

The event is held at Paris Expo Porte de Versaille, which is a series of cavernous exhibiton spaces. There are halls dedicated to livestock, machinery and other agricultural paraphanalia, but I was at the event to delve deeper into French craft beer.

Here’s just some of the many breweries we stopped at: 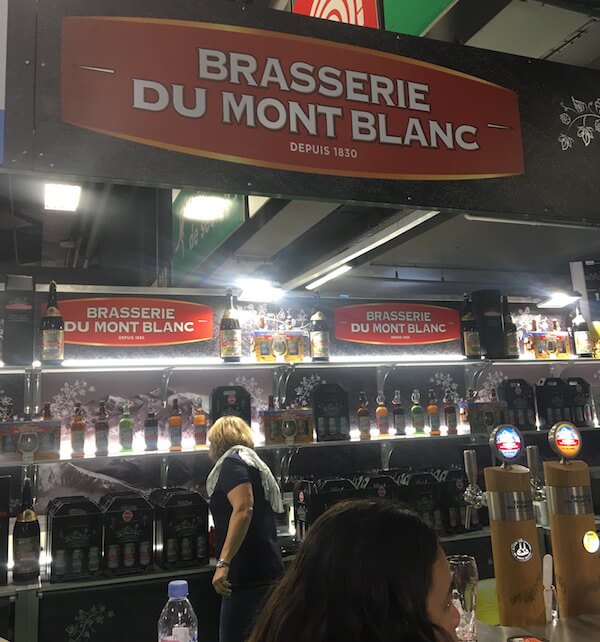 Brasserie Mont Blanc is Known for its Witbier

First up was Brasserie Mont Blanc, with its award-winning witbier. There was coriander, lime with a slightly dry finish. A refreshing start to proceedings.

This brewery is located high in the Alps, and uses water from Mont Blanc glaciers in the brewing process.

Following the excellent witbier, we tried the Rousse, an amber beer. This is another award winner, but this time with a whacking load of malt.

The Mont Blanc brewer was not in attendance, so we decided to move on to Perle -Bieres Artisnales Artzner, whose team gave us an excellent tasting of their beers produced in Strasburg, which is right on the French-German border. 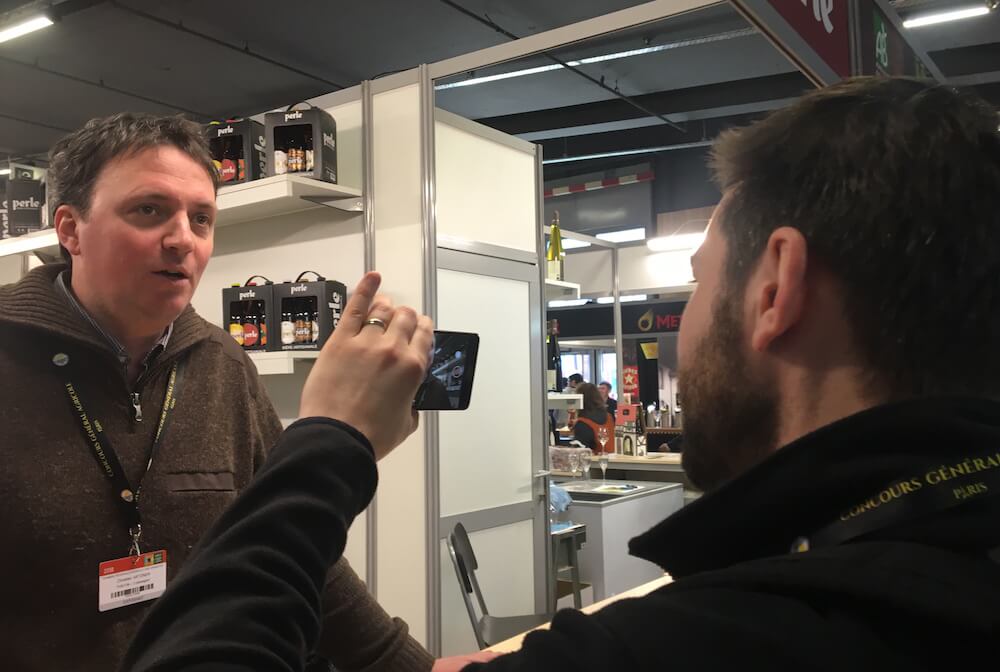 We made our way through the Florale, the Blonde and the Blanche to start with, before moving on to the IPA, the Black Pearl and the Perle dans les Vignes.

The IPA and the Black Pearl were both excellent, and the dans les Vignes was even more interesting.

See also  Where to Eat Good Food in Porto

With Alsace being well-known for their excellent wines which evoke the terroir of the region, this unique beer is made with additional Pinot Gris, Reisling and Auxerrois grape must from a nearby Alsatian winery.

The beer has a high ageing potential due to it’s level of acidity and will certainly develop further in the bottle. 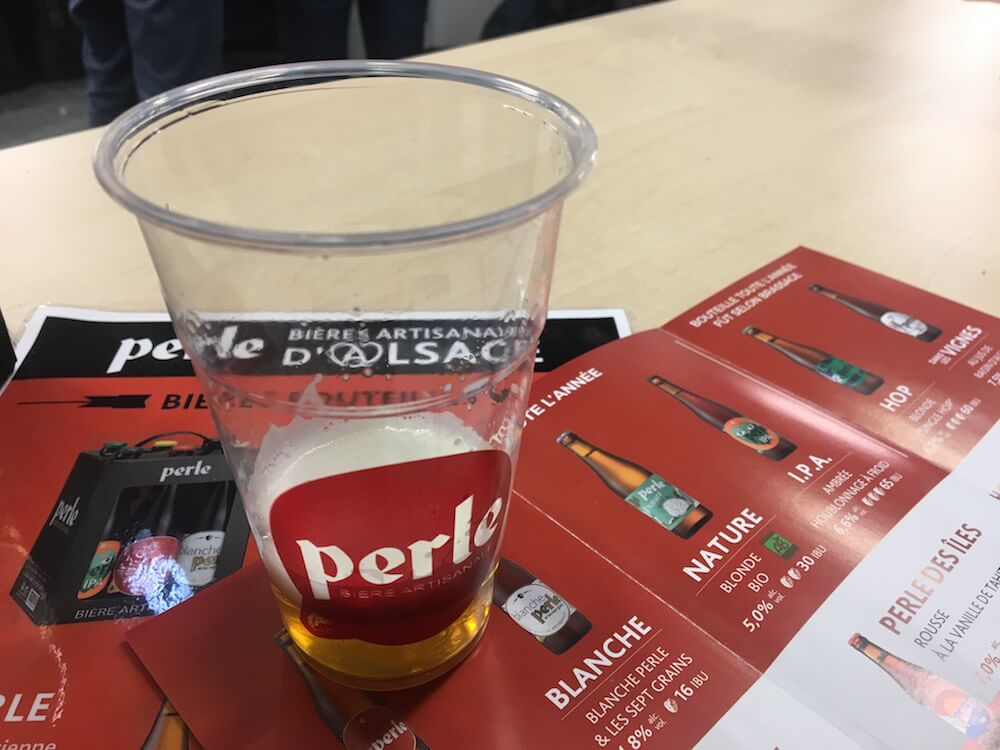 Our next stop was at Brasserie du Bout du Monde, which means the ‘Brewery at the End of the World’. It’s located in an old ammunition bunker which was originally built by NATO. 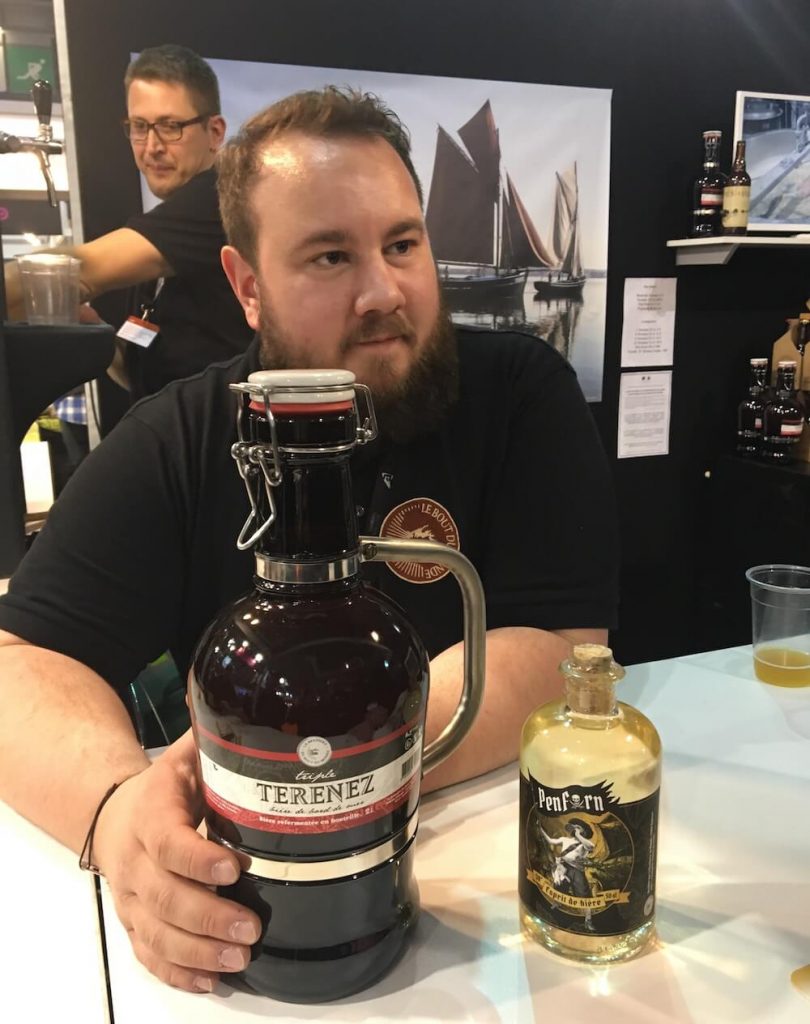 We sampled a good many of the beers on offer, including the Pen Hir barley wine which has been aged for a whopping five months in Bordeaux oak barrels.

We also got to taste their unusual and exciting Penforn spirit made from beer. It’s somewhat between both whiskey and rum. 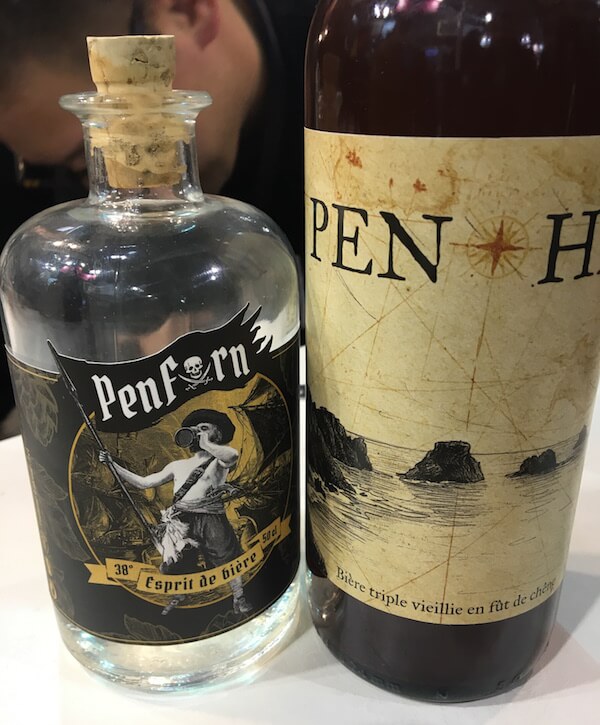 After hitting a few more stands and eating some excellent, buttery pastries, we spent some time at Melusine, which had a large bar with a choice of 6 beers tapped. 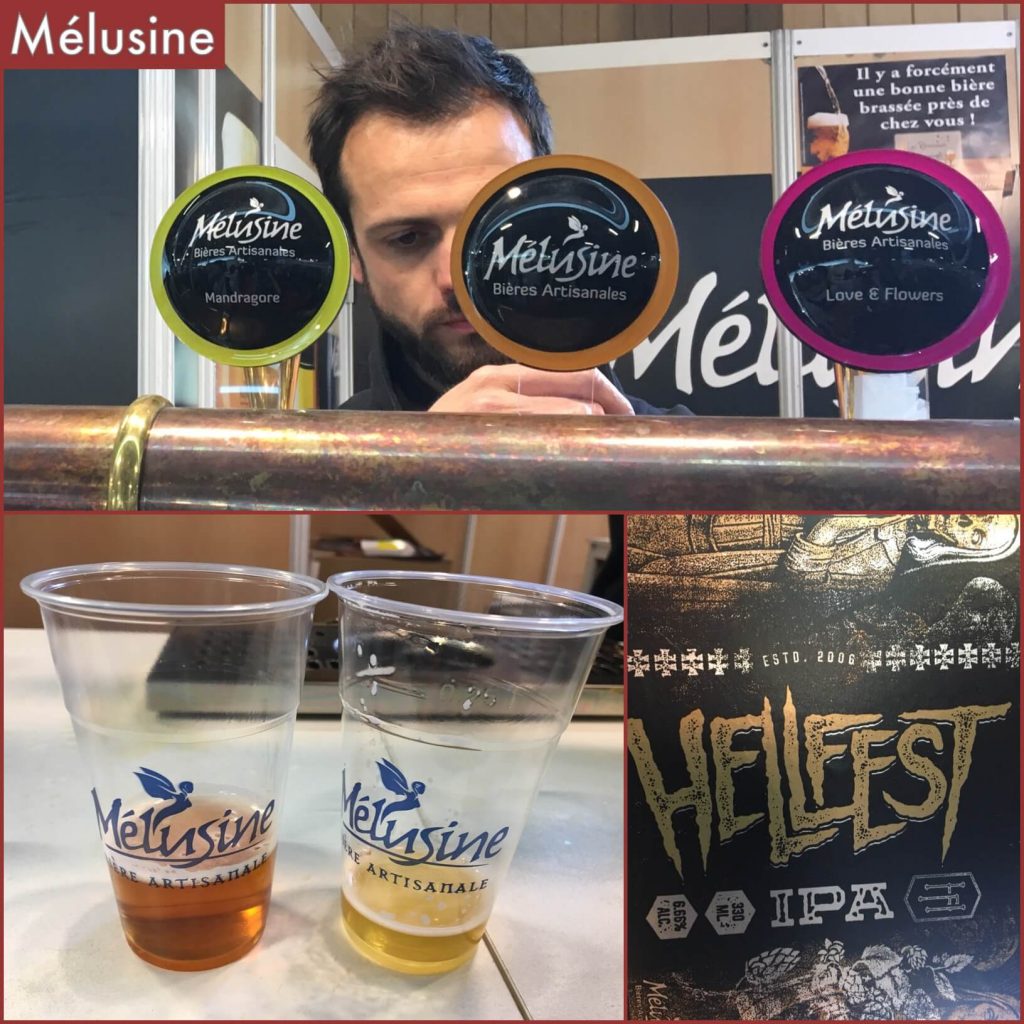 The standout for me was the Hellfest IPA. \m/ 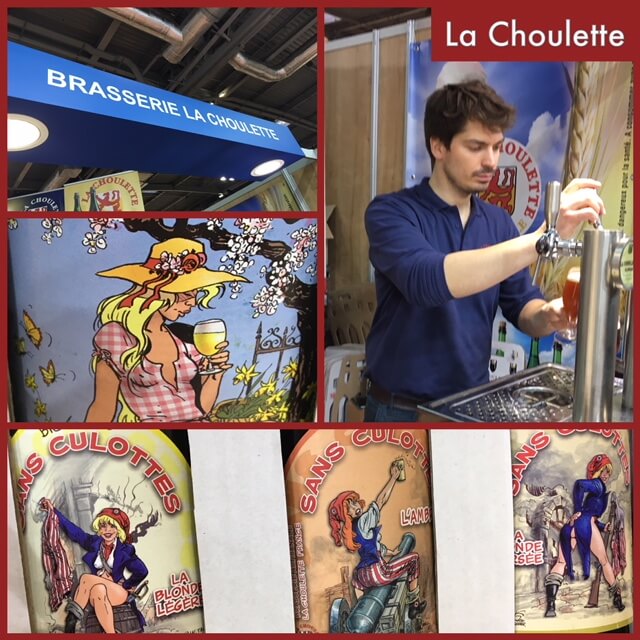 We finished the day by heading to the beer area for brewers and press, as we heard that President Emmanuel Macron himself would be visiting this area at the end of the day. 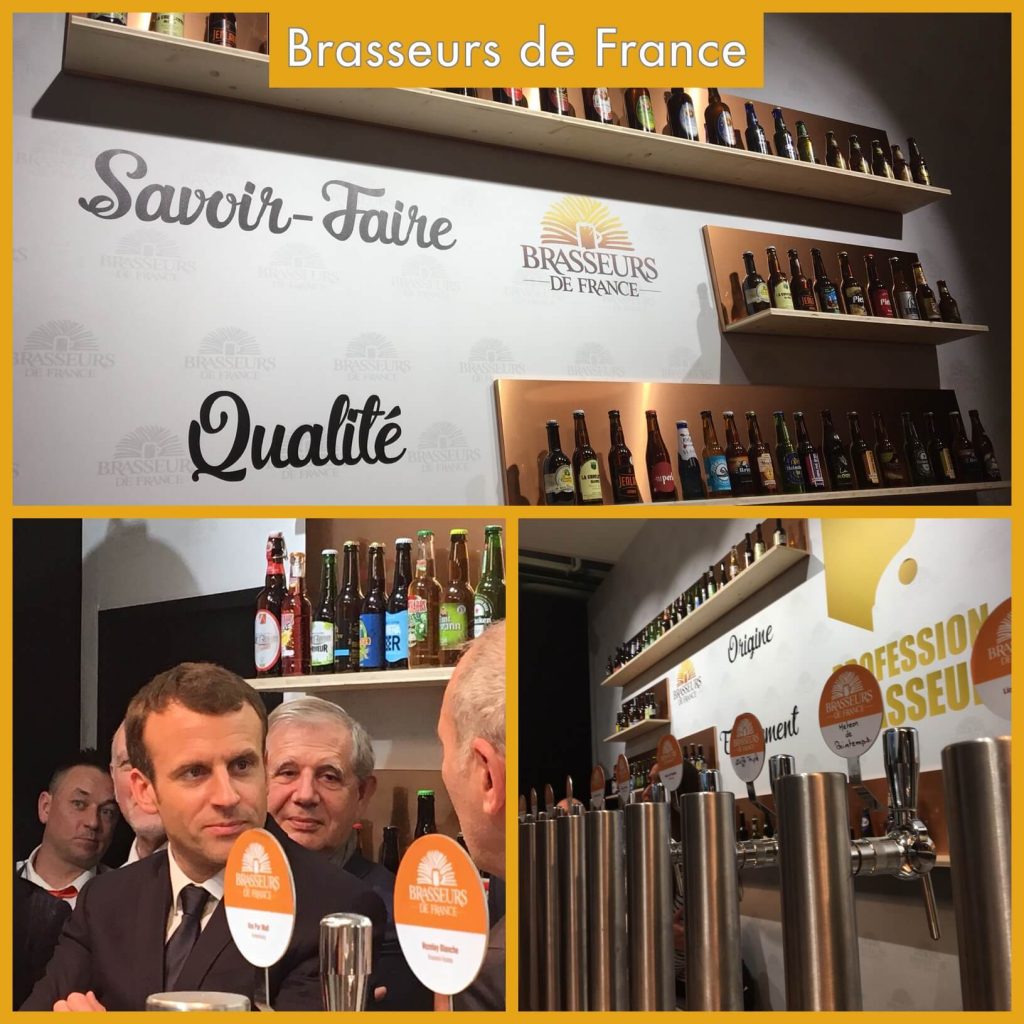 We were not disappointed – we got to meet him as well as ask a few beer related questions!

Here a short video, you can use subtitles to translate.

Cheers to Top Of the Hops

I’d like to raise a glass to hosts GH Hurel and Arezki from Top of the Hops for being superb guides and translators during the show – it was a fantastic day out!

Also, thanks again to for GH Hurel and ‘his lady’ for looking after my wife and I very well throughout our stay. Thanks for the beers, food, armagnac and everything else – I hope to repay your generosity when I can!