Where to Eat Good Food in Porto 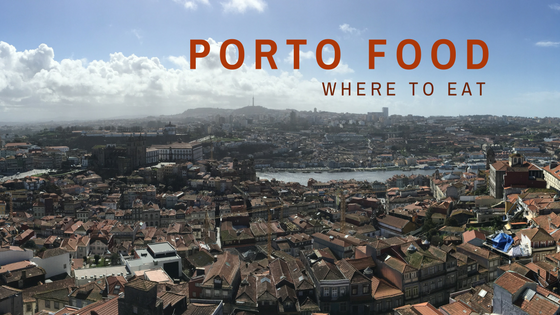 Although already a must-visit for wine, I can certainly see Porto becoming a growing foodie destination.

Our first lunch after arriving in the city was in the well-located Bacalhau. This wine-led eatery is perched on the waters edge overlooking Gaia. 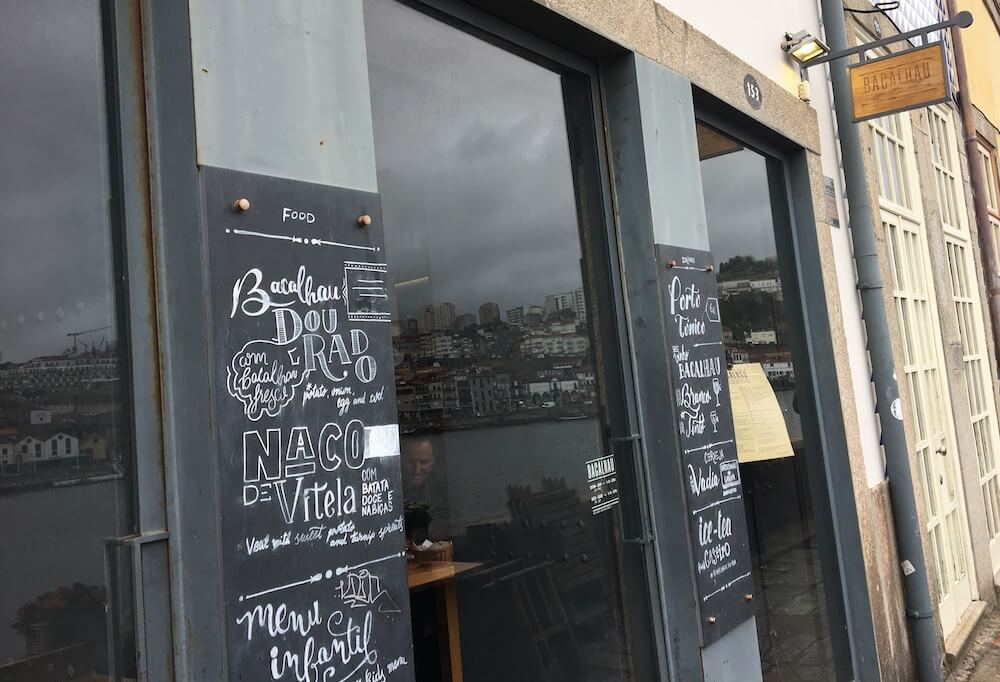 Not too busy on a Friday lunchtime, but I reckon that this cosy and petite restaraunt would surely be crammed later on in the year.

We had unseasonal bad weather – I blame Storm Emma, but there’s a few small tables outside you’d be able to use. It’s very likely you’d have to book in advance later in the season to do so.

To start, we ordered some fried cod skins and some warming soup. We followed this with more Cod dishes and the Pork Belly.

Maybe you can tell, Bacalhau is the Portuguese word for salted Cod, and you’ll find it in various guises throughout the city.

Although not designed to be food to share, we decided to share anyway. The portions were generous – and we were expecting to eat a lot more during the day.

We ordered the house red which went perfectly with the fish skins – as it states on the bottle in fact!

The food was very authentic, with superb ingredients and an intense depth of flavour.

The cod had an excellent crumb and huge white flakes. 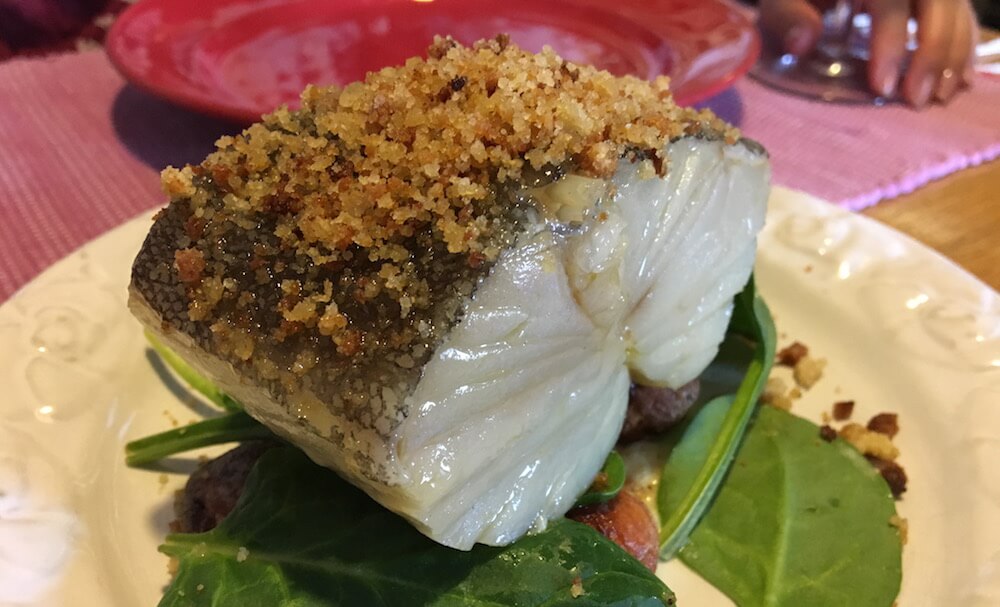 A marvellous hunk of Cod

The Pork belly melted in the mouth, with excellent use of pulled and cured meat mixed with the white beans as accompaniments.

Probably one of, if not the best all-round pork belly dishes I’ve had! 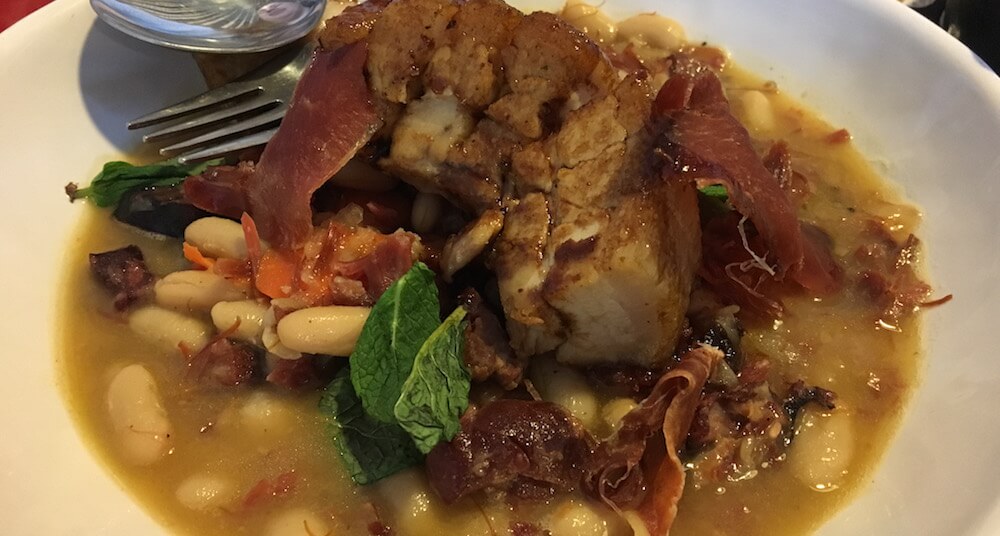 This dish tastes better than it looks!

All of the food on offer was exceptional, despite the restauranteur initially being concerned about our greasy choice of fried cod fish skins and pork belly.

Hey! We are English and used to such things. Bring it on!

Our party left happy and we decided to explore the city to hunt for desert.

Wikipedia states that they were originally made by Monks who had travelled to Lisbon, and had an abundance of egg yolks after using the whites to starch their robes.

Luckily, the moreish tarts can be found throughout the city of Porto too.

By surprise, our party of pastry hunters found out that excellent, freshly baked tarts can be found across the river in Gaia. 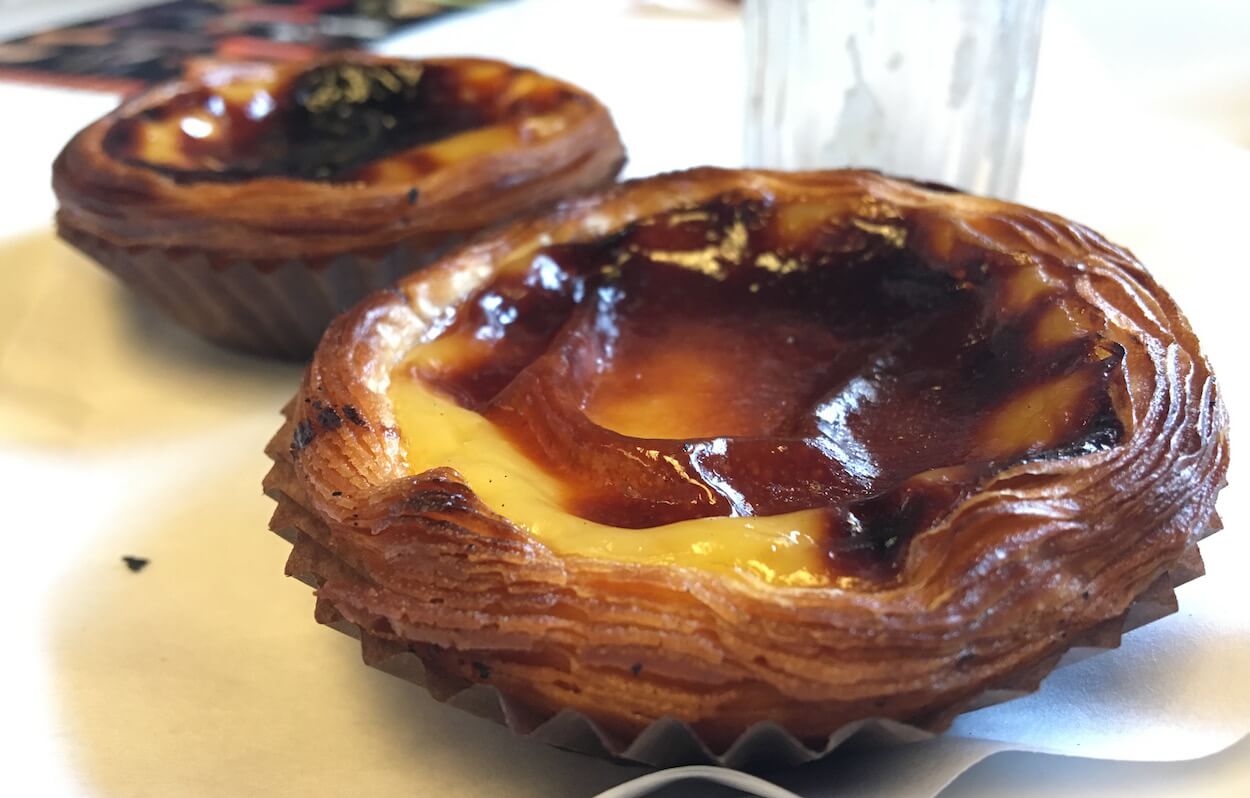 You’ll even see them being made by the skilled bakers through a large glass window.

The pastries are still warm from the oven, with the custard oozing out. They were so good we actually went back again to get more two days later!

You’ll find them in the bakery opposite the red Mercado Municipal de Gaia, which is well worth checking out itself for food.

In the market you’ll find an indoor area which is great to grab a few snacks, especially as a group as you’ll have a choice of popups to choose from.

Prices were reasonable, and it served as an ideal shelter from the uncharacteristic rain storms.

After hiding from the rain with bread and cheese on our first evening, our second evening out was at Pedro Limao.

This restaurant offered a great value 10 course tasting menu at just €37. The menu changes regularly to keep it fresh and interesting.

The simple and sparse menu left us wondering in what form each of the courses would be in. 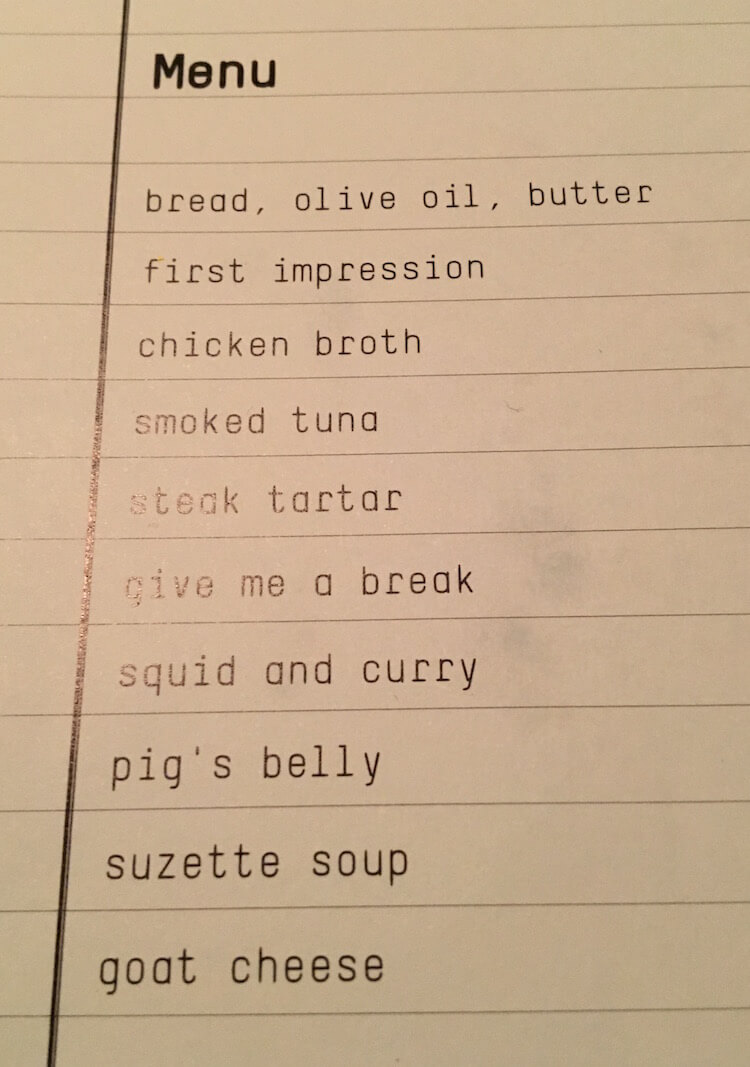 Would one of the courses be a Kit-Kat?

All this was paired with a delicious Douro red.

Here are all of the courses in order: 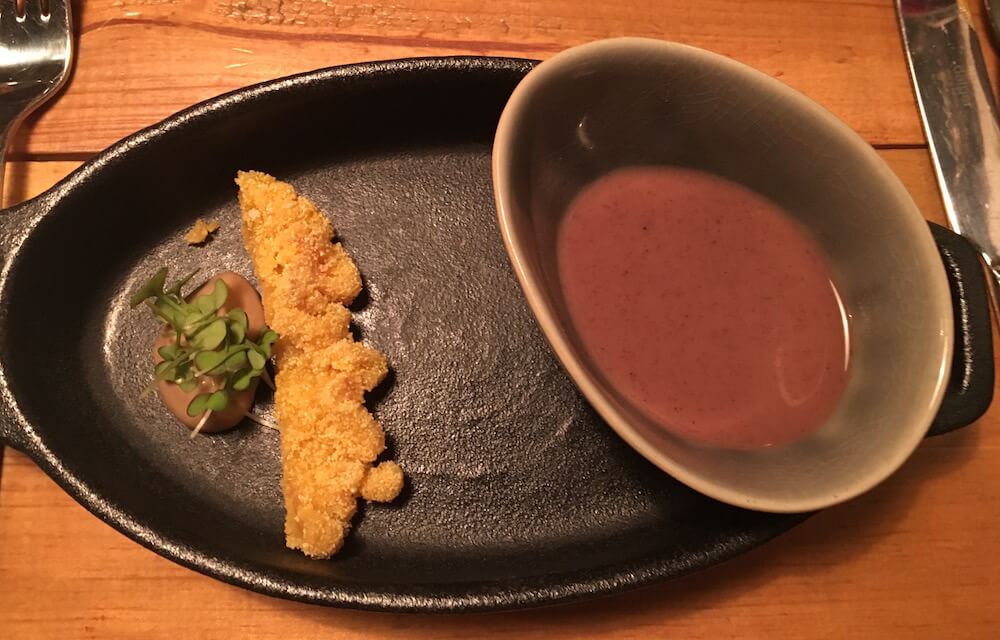 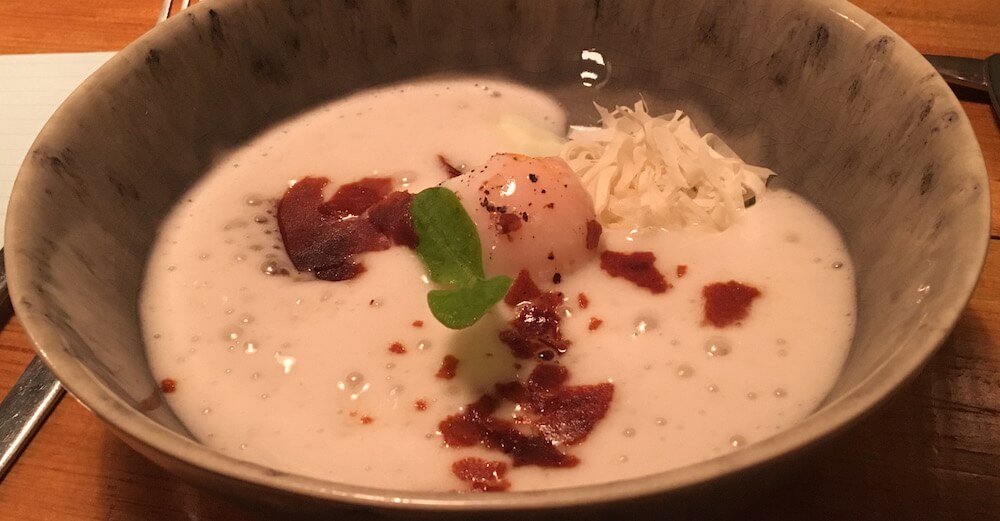 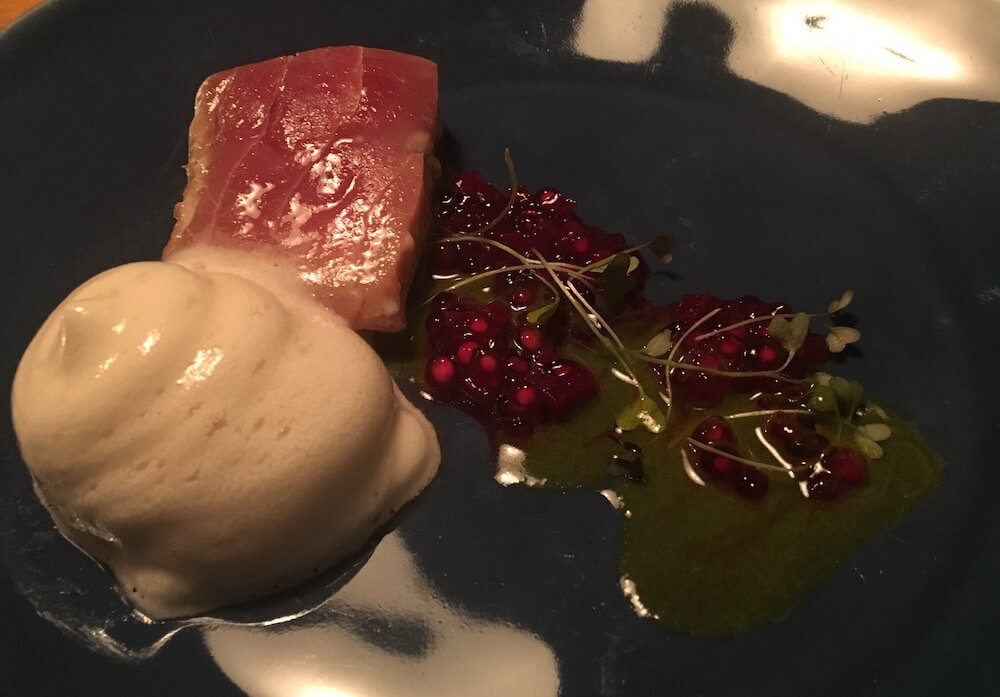 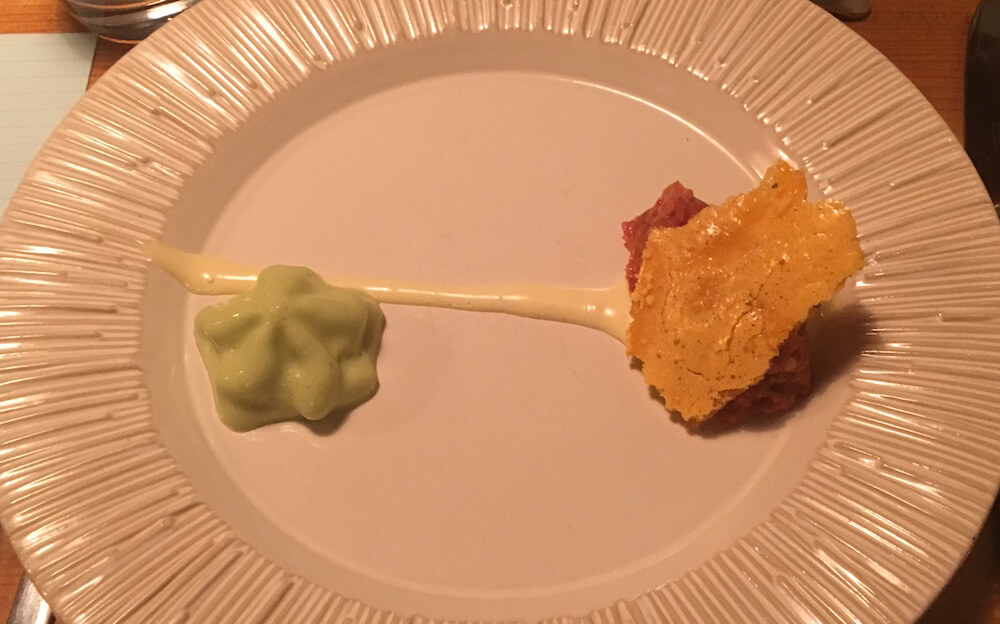 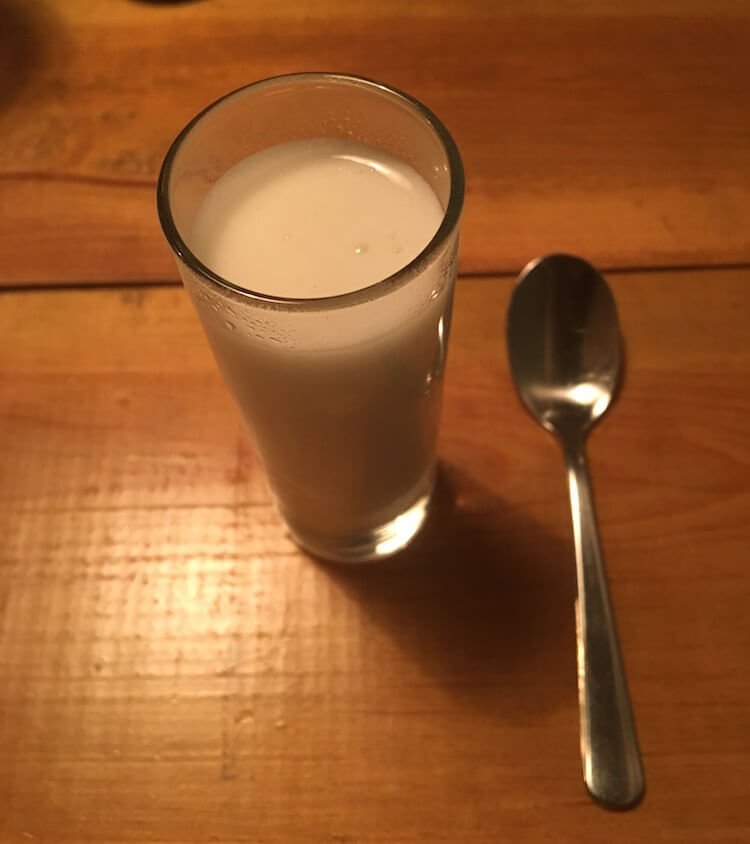 Give me a break! 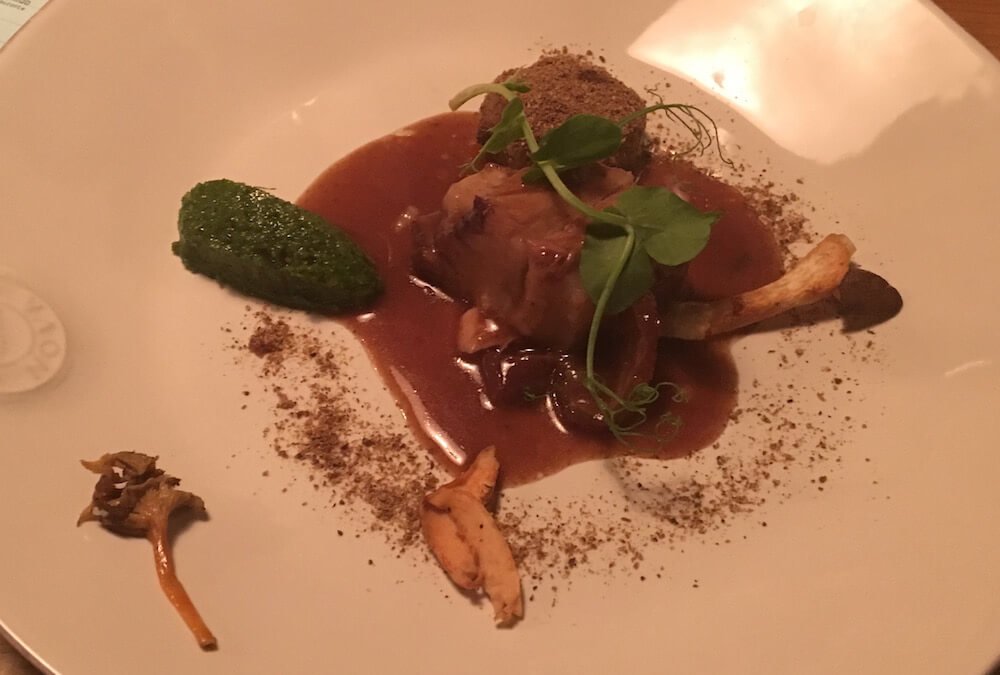 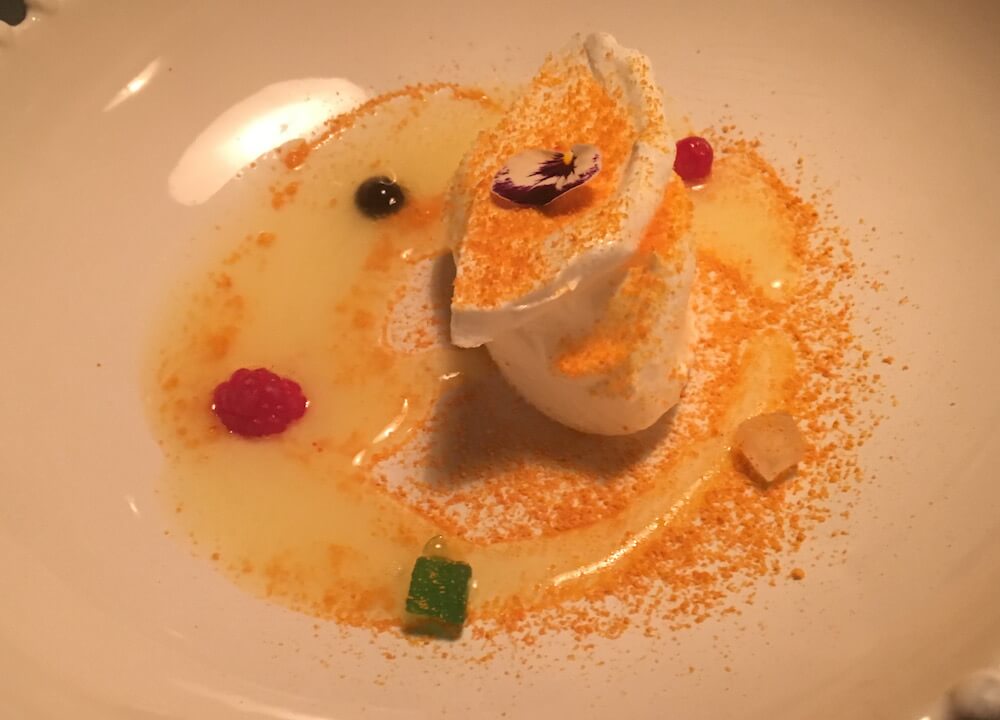 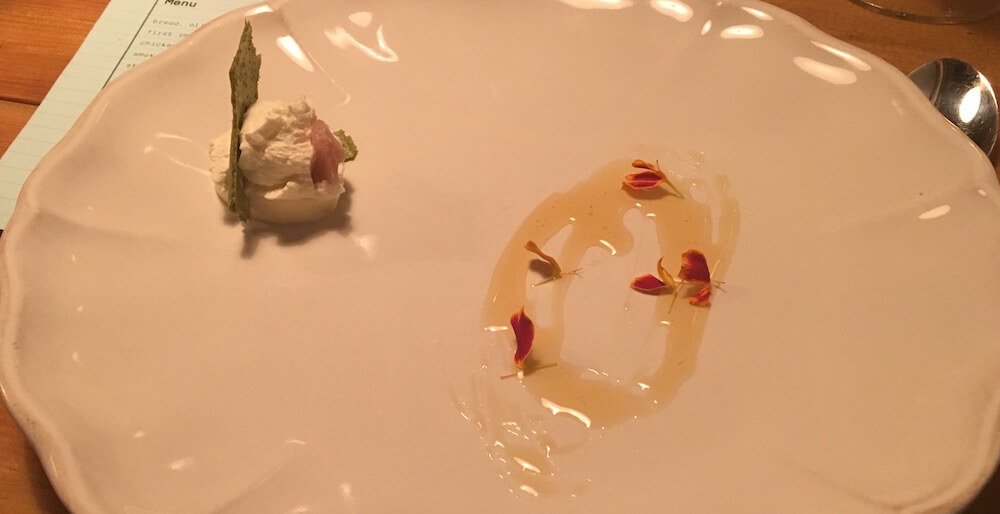 My favourite dish was predictably the wonderfully spicy steak tartar, followed by the smoked Tuna.

Best meal I’ve had? No. But still, fun and well made food.

If I have the chance to return to Porto in the sunshine, I’d love to travel around the coast to the fishing port of Matosinhos for seafood, as well as sail into the Douro region to eat amongst the vines.