Whitstable: For the Love of Oysters 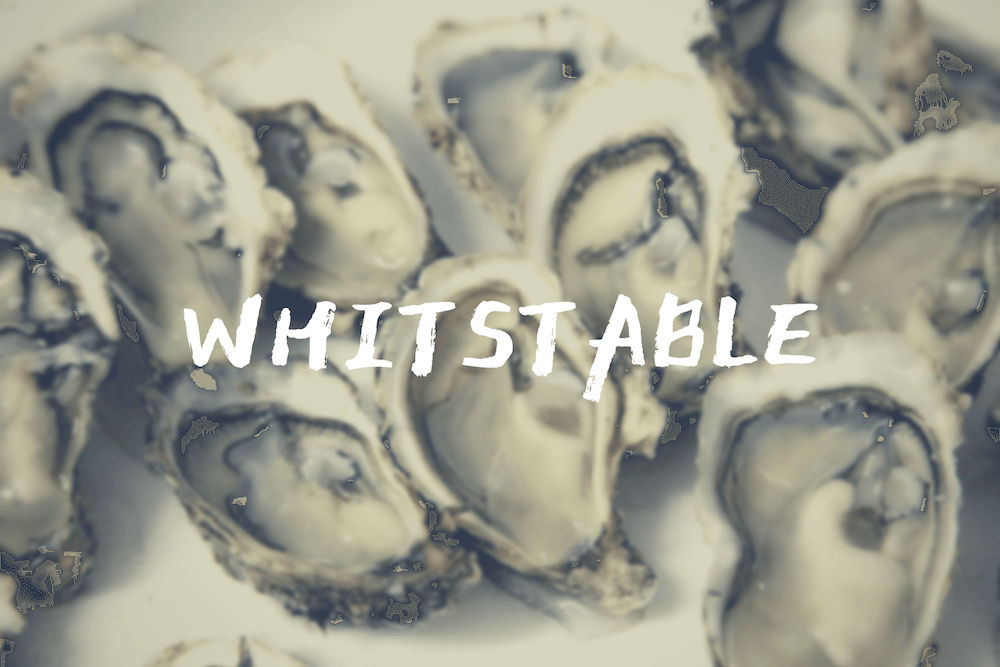 In recent years something happened which I did not think would ever happen. I developed a fondness for oysters. It really started at Top of the Hops’ wedding just outside Bordeaux.

But where’s good for oysters back in the UK? Whitstable in Kent, of course. Situated on the Thames estuary in Northern Kent, it’s well known for oysters, holding an annual Oyster Festival to celebrate the mollusc.

We only had 24 hours in town, so once we arrived and checked into the AirBnb we wasted no time in getting to the seafront looking for some oyster action. Well, on a breezy April Thursday afternoon there was not exactly much going on, and we had the beach beer garden at The Old Neptune to ourselves.

There’s one choice really – it had to be a pint of ‘Whitstable Bay’ by Shepherd Neame. By no means the greatest beer in the world, but it did somehow taste better drunk at its namesake, even when served in a flimsy plastic glass. 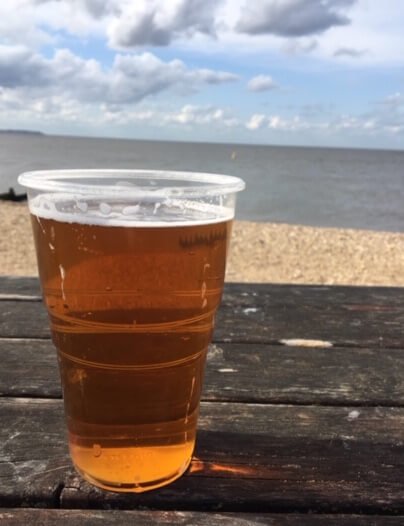 Oyster lines jut out all along Whitstable Bay, clearly visible when uncovered by the receding tide. We proceeded to The Forge, a rather excellent oyster shack with a large open window of fresh oysters to gaup at. 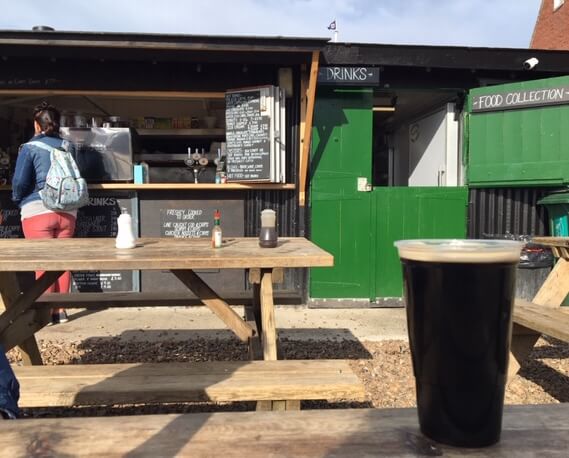 A selection of seafood and some oysters were soon ordered. An Oyster Stout by Whitstable Brewery paired well with this feast. Alongside the standard sized rock oysters, it was possible to get ‘native’ oysters. These are almost double in size! 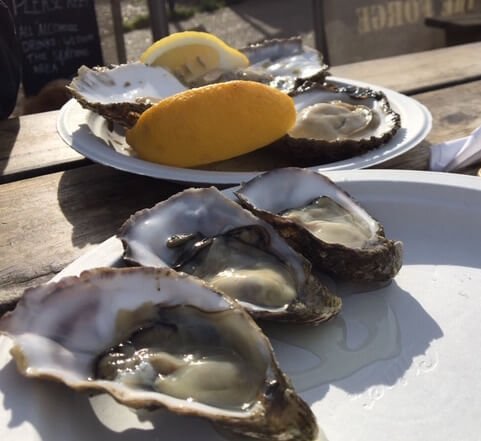 Whitstable rock oysters in the foreground; dwarfed by the burly natives.

So large are they, swallowing in one gulp is quite an art. They were coated in quite a bit of grime. I tried not to think of the Thames filth that probably makes its way to Whitstable shores and tucked in. To make progress you have to give these chaps a good chew.

Worth having? Certainly. Unusual and probably not to everyone’s taste. I’ll likely stick to the cleaner, more palatable sized oysters in the future. Cheaper too.

In the evening, we headed to the famous Wheelers Fish Bar for supper – check out my review here.

The next day we headed back into town, resisting buying up all the beachy art and nautical striped jumpers. We were a bit late for brunch, so went straight for lunch at the Lobster Shack. The calimari and chips were nothing special for two slightly hungover and hungry walkers (and the dog).

There was only one thing left to do: walk off all this food and drink with a stroll along the coast to Tankerton, deciding which of the brightly painted beach huts we most wanted, watching as our dog went for his first swim (read: fell in the sea by accident) and eating ice-cream from a man with an old-fashioned ice-cream cart.