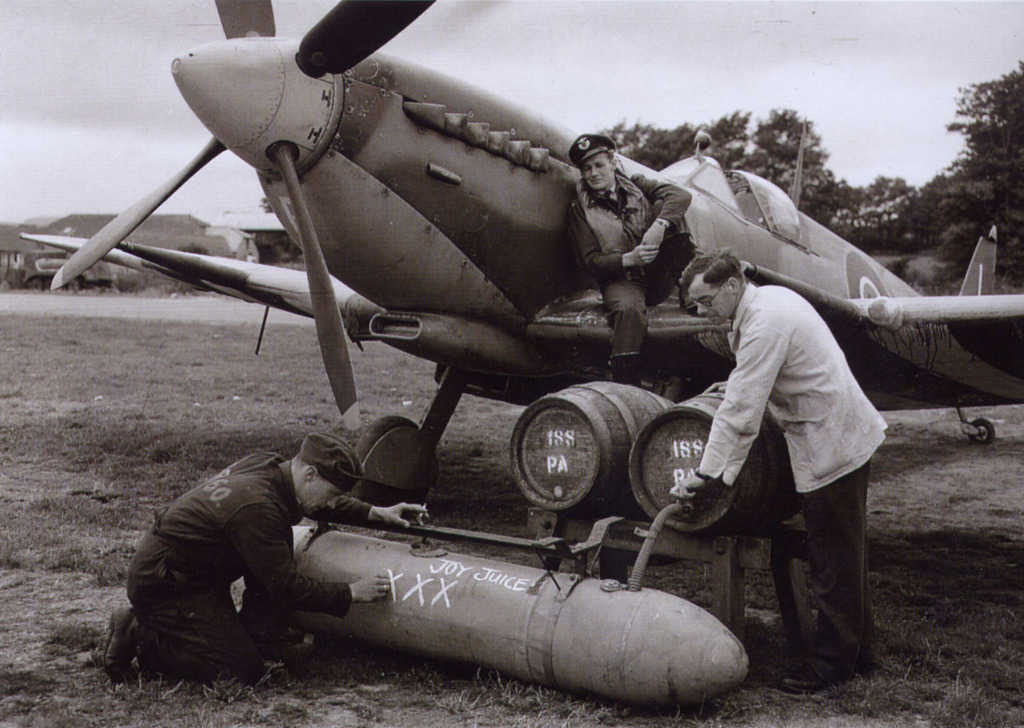 Like most beer lovers, when I travel I relax on the flight with a beer.

If you are anything like me, you’ll flick through the menu, hopeful that there’ll be something tasty.

In most cases we’ll be disappointed.

If you are flying in the USA, the general standard and choice seems decent, but it also improves when flying long haul. This is possibly due to on-board space considerations.

But which airline flying from the UK stocks the best beer?

Here are some recent findings:

I have flown Easyjet many times around Europe, finding it has lots of flights as a reasonable cost. The current beer selection is understandably minimal on short-haul flights.

Brewdog’s Punk IPA is everywhere these days. Pretty much available in every supermarket as well as your local shops. In my opinion this beer has actually improved – it’s very reliable and as delicious as ever. 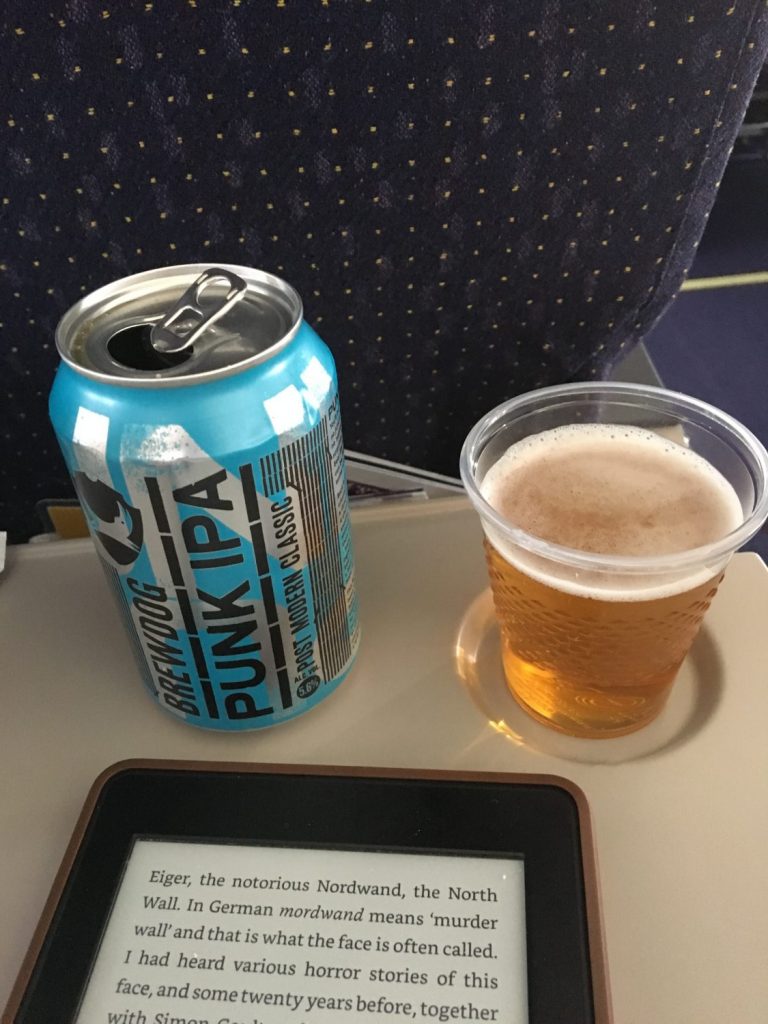 I flew with United several times from London when working in New York (luckily the flights were underbooked!).

They served Goose Island IPA, although did run out of it on several occasions.

Although Goose Island can no longer be hailed as true ‘craft’, it’s still a step up from Miller Lite, which they also serve.

One tip is to always ask if they have other items available – on longer haul flights like this as they are more likely to have some guest appearances on their shelves. 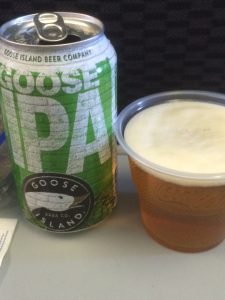 I have flown with BA a few times over the last few years, and the beer selection has evolved and improved over this time.

BA food on these flights is from M&S – and it seems as if the supermarkets’ recent brewery partnerships have started to appear.

It looks like they have ditched Old Speckled Hen and now have the excellent Mosaic pale ale from Adnams.

BA wins for the addition of Adnam’s Mosaic Pale Ale.

If you’ve recently flown from the UK, please do write a comment with any interesting findings.