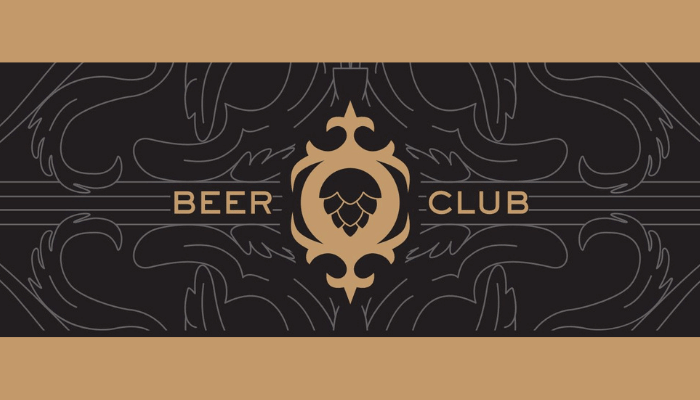 Thornbridge announced that they were starting their own Beer Club subscription service back in October 2020.

I joined in time to receive March’s case. I was majorly tempted as the case contained bottles of Bracia, a beer which has been on my wishlist a while thanks to the book ‘1001 Beers you Must Try Before You Die’.

The box arrived a few days later, and included two bottles of the aforementioned Bracia, a craftmaster glass and many other beers.

The beers are a range of styles, and it’s not just chock full of ‘filler’ beers. I don’t want to class awesome beers like ‘Jaipur’ as filler, but you can easily get it from most supermarkets these days. 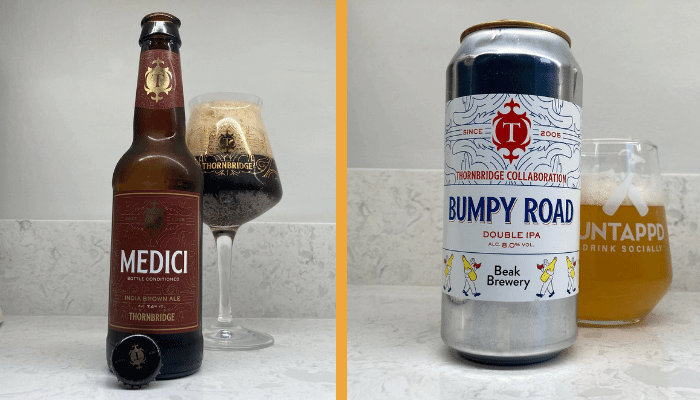 I really enjoyed Medici, an India Brown Ale. A style I have not had before if my memory serves correctly. This is a complex, malty beer but with surprising aromas. I am looking forward to the second bottle of this.

The Bracia is very dark, with a robust, powerful bitterness. The Italian honey which is added to this beer certainly comes through. For me, the liquorice flavour was too prominent. I’m going to age the second bottle for a further 2 years at least for the flavours to develop and mellow. When I revisit I bet I’ll love it.

See also  On Untappd Ratings and the Gamification of Beer 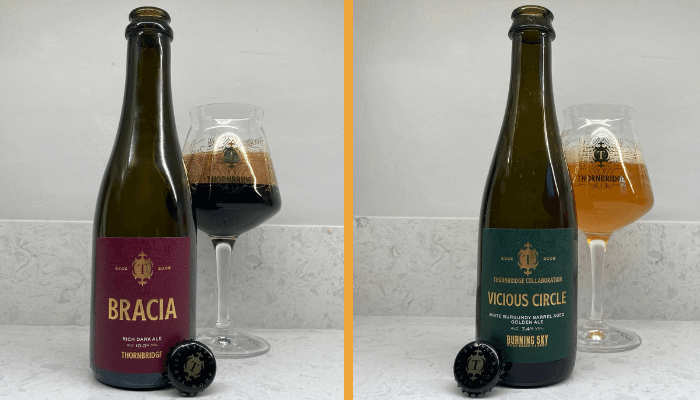 The Vicious Circle is another beer from their barrel aged program, and this one is a collaboration with funky beer specialists Burning Sky. This beer needed a bit more life to it, being very flat with minimal carbonation, but the flavour was pretty good and it grew on me. Lots of orange zest and lemon peel. Slightly tart, but kind of sweet too. Very tangy.

Florence is brewed as a nod to the NHS’s superb work during the coronavirus crisis with all profits made being donated to the health service. I’ll save this one, and drink it when I’m vaccinated as a thank you.

The Bumpy Road was very good, and tastes more like a Beak beer than a Thornbridge. It’s got that soft mouth feel but with great balance. I am not too far from Beak brewery, and will certainly plan a visit back to Lewes to visit their tap room.

I received a ‘craftmaster’ style glass along with the beers. For April, the beer club box includes socks, which is a cool addition. I love wearing my ‘Jaipur’ socks I got in November.

You won’t get a case of similar fruity hazy bois from these guys, and that’s a good thing. What I like about Thornbridge is that they have an impressive back catalogue of beers across a range of classic and moderns styles. You can tell they’ve really thought about what a subscription box should contain before rushing it out.

Another thing – it’s easy to cancel (not always the case with beer clubs). I did this after just one month to stop my beer expenditure getting (even more) out of control, but I’ll certainly restart it if the need (and funds) arise!