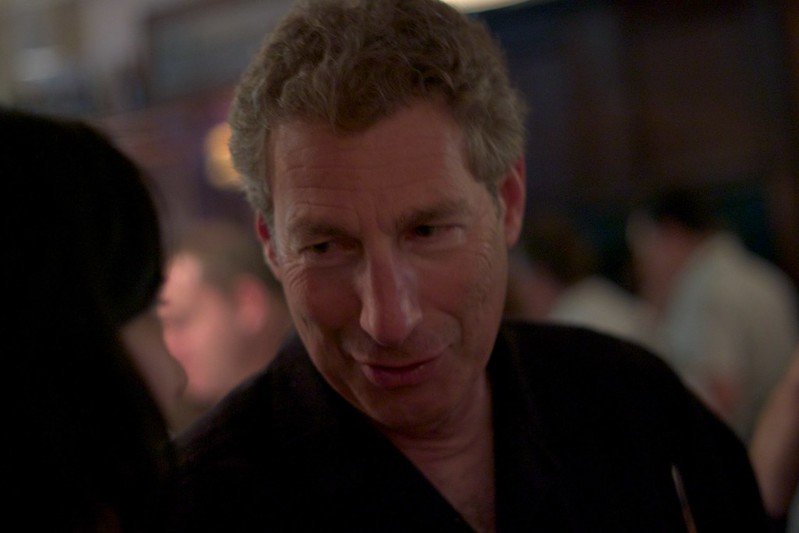 Monday night at the Islington branch of the Craft Beer Co and the queue is four deep at the bar. For a Monday, this level of congestion can only be due to something special and that is the visit of Steve Grossman, Sierra Nevada’s international ambassador and brother to original founder Ken Grossman.

Sierra Nevada are American craft beer pioneers who, along with other Californian breweries like Anchor Steam, helped start the wave of American craft beer, which would eventually exert its influence over many a modern British brewer. If you could get to the pub quickly enough you’d be treated to some of their beers that’s hardly ever seen outside the brewery bar, let alone America.

“It’s lucky that they got here at all.” Steve later explained in his talk to the congregation. “All our beers are shipped refrigerated, but there was an error with the shipping company and they were shipped frozen. I think about 100 kegs exploded. We air shipped the 9 kegs on tonight on our flight with us.”

In his talk, Steve outlined Sierra Nevada’s steady rise to the top.

“In the 1980s we started out as home brewers, we were really small scale doing about 800 barrels in our first year. We really struggled in the beginning, but then craft in the US really took off”

Ever since craft beer began to gather momentum amongst American drinkers, Sierra Nevada have grown with it.

“Our growth has been very steady since we started, roughly about 100% in terms of volume every year for many years. We have grown to do about 1,000,000 barrels last year, and have really been in constant expansion. Our brewery site covers about 60 acres today. We’ve pretty much outgrown the space; our second brewery is just about operational up in North Carolina. That facility should allow us to get the seasonals over to Europe quicker, hopefully before the holidays instead of after.”

After the talk I ordered up a half each of the Narwhal and the Two-Headed Ruthless Rye, and hovered around Steve to engineer a chance to speak further. Standing with a pen and paper, I was looking official enough for someone to eventually come over and ask what I was doing. That person was Simon Treanor from Fullers’ Westside Drinks, the distribution arm of Fullers who supply the UK with brands such as Chimay and Veltins Pilsner. Westside Drinks have just signed a deal with Sierra Nevada to distribute the Pale Ale and Torpedo in the UK, and this evening was part of a promotional tour that would also include talks at Sheffield’s DaDa Bar, Manchester’s Port Street Beer House, and a second collaboration brew with Thornbridge.

Once the brewers, identifiable by their working attire, had picked Steve’s brains, Simon introduced me and I began by asking him what the early influences were on Sierra Nevada’s beers. “British beers were the inspiration for our pale ale, but our twist was that we decided to use local American hops instead” he said, as I wondered how different beer could have been today if they hadn’t of made that choice. “Paul [Camusi], my brothers business partner for many years came to the UK for a while to take brewing lessons. I can’t remember where though, but they essentially taught him and then us to brew.”

Looking back now, had they ever imagined they would be where they are today? “We never envisaged it. We started out with very modest ambitions, our original goal was to reach maybe 8,000 to 12,000 barrels and potentially open up a new brewery.”

Growing steadily over many years, Sierra Nevada has run in parallel to the growth of American craft beer. As America’s tastes began to change from the status quo and customers drifted away from the big lager brands a process of craft brewery acquisitions by giant brewers has been under way in the US, and I wondered how many propositions Sierra Nevada have had as they’ve became more successful and visible.

The acquisition of Goose Island by Anheuser-Busch is probably the most well known acquisition, and I wondered what Steve thought of it. “I don’t want to comment, especially on individual cases” he said through a wry smile. “That was a very controversial case in the US. I do have an opinion on it, but it changes regularly. What I will say is now, you have people entering the market in order to try and engineer a buyout. I was at San Francisco beer week recently and after chatting to a couple of brewers, it was clear that they aren’t in it for the passion of brewing. The only way you can survive long term in this industry is through passion for brewing and the production of great beer.”

The opinions of craft beer drinkers may also be subject to change, especially as the craft beer gains further popularity and the demand grows for wider availability. Not all aspects of craft brewery acquisitions are necessarily bad, if quality is to be maintained, then there’s an opportunity for wider distribution and investment in new production facilities. As the American beer writer Aaron Goldfarb said of the Goose Island case, “People proclaimed their beers would immediately go downhill. Instead, I can now find their solid-enough flagships like Honker’s Ale at every lame airport bar and concession stand in America. Just because big breweries have long been bastions of watery crap, doesn’t mean they always have to be. They’re clearly starting to realise this as they acquire craft breweries.”

While it may not be as simple as bad vs good, it’s impossible not to look at Sierra Nevada’s steady growth and think that they are an exemplary model. They have grown with the demand in the US, and that demand only seems to be growing further. They’re still here and still relevant because, as Steve put it, the only way to survive is with a love for brewing exciting, flavourful beer. The beers they brought with them to the Craft Beer Co that Monday night were certainly a testament to that.

Image Credits
Image used under the Creative Common’s licence. The photographer of the image was Tristan Kenny

Edit: To know more about Sierra Nevada’s journey then I recommend Ken Grossman’s book, ‘Beyond the Pale’.