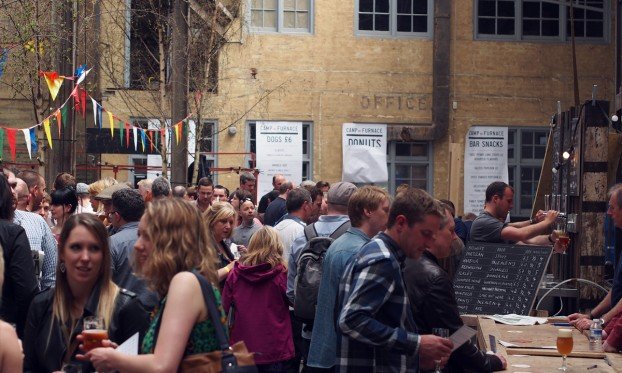 In the past few years beer festivals have started to throw off their stuffy shackles, with events such as IndyManBeerCon and Copenhagen Beer Celebrations showing the punters how it’s done.

Liverpool Craft Beer Expo is one of these new breeds that is taking the experience to headier heights. Run by brewers, thrown in one of Liverpool’s most achingly hip venues and featuring some of UK’s shining stars of the craft beer scene, this festival was definitely not one to miss.

When I first heard the term ‘Beer Expo’ I imagined Magic Rock monorails and 100ft high Kernel bottles with viewing platforms and a hint of utopian splendour. The reality was a little more trendy industrial than 70s sci-fi, but no less disappointing. The festival space included four different keg bars and a monumental line of casks ready to quench any thirst. There was a band playing at the far end and some ‘live brewing’ to add a bit of variety to the occasion. The festival also had these small areas to explore, from a whisky den shack to an outside space filled with tipsy kids trying to catch a slither of the summer sun. The atmosphere was friendly, with a wonderful mix of people getting excited about the good stuff. 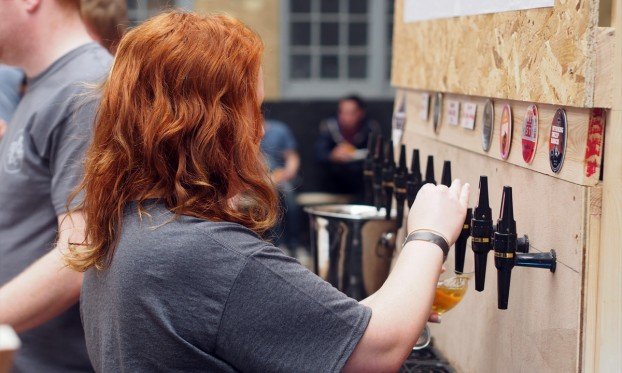 When we got to the venue the place was already comfortably busy. After a quick scout out we headed straight for the casks. To ease myself in I went for an ‘American Light’ from Quantum, a brewery I’d wanted to try for a long time. The beer was a clean and refreshingly hoppy start to the proceedings. As we found our stride I went straight for the Brodies/Three Floyds collab ESB after completely missing it at a previous festival. I wanted to try this collaboration of titans. The outcome was unexpected for an ESB, with an American floral and citrusy tang and an ESB malt base to back it up. Great stuff. We then proceeded to walk and drink our way round the bars. A Mikkeller K:rlek here, a Summer Wine Cohort DIPA there. It got fast and messy. We always knew it would. We were kids in the proverbial candy store and I was going all in. 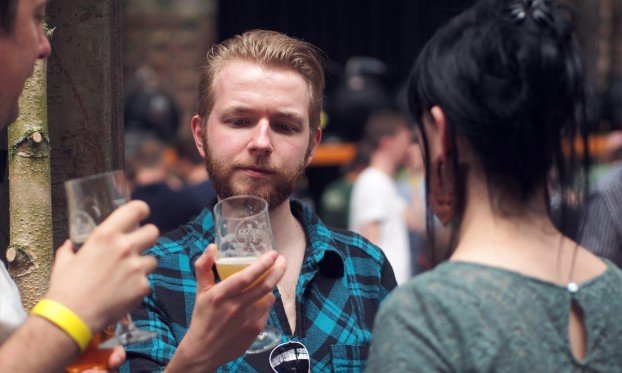 After the first wave we caught our breath and sampled some of the food on offer. Stomachs needed to be lined. The burgers were dirty as hell, laced with hot sauce and bacon. The festival also offered what sounded like some killer savoury donuts. But every single time we asked for them we were told they would be ready ‘in an hour’. I’m pretty sure they never existed, or someone was stashing them under a fake beer belly for laters.

As we sat eating, I overheard the guy next to us berating his mate for drinking ‘some dark shit’. Thankfully, that was the only idiotic comment I overheard the whole session, with most people tipsily telling others about ‘how awesome Wyoming Sheep Ranch is’. That beer is so good it brings people together. 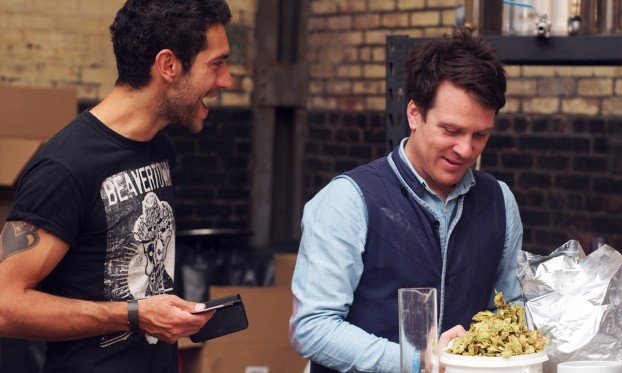 After grabbing another excellent Quantum brew (this time a DIPA), we sidled up to the ‘live brewing’ area where we found Logan ‘Beavertown’ Plant and the Camden Town crew brewing up a pale ale with a pile of orange peel and hibiscus flowers. It was obviously more about the fun than a serious exercise. Logan told me they’d calculated the beer but the Camden cohort had thrown a pile more hops in just for the hell of it. Whether this ‘live brewing’ kicks off at other festivals is still unknown. But with the lack of brewers pedalling their beers at this event it was great chatting to at least some of the ‘makers’. Logan was as passionate as ever, telling us about what’s next for the Beavertown lads. The future sure is bright for that brewery. 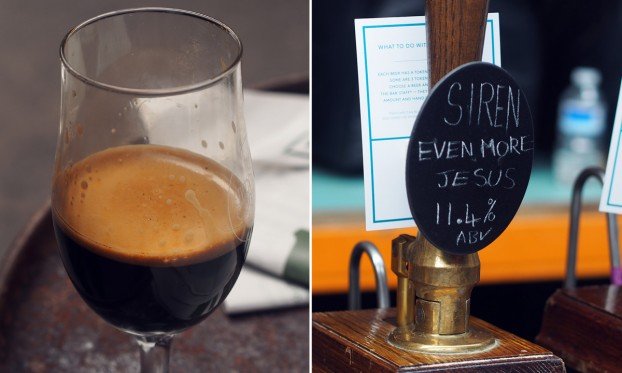 We ended the afternoon on the beer we knew was going to eclipse the others, the infamous ‘Even More Jesus’. A beer that, after tasting the Evil Twin’s bottled version, nearly made me weep man-tears. This version was brewed at Siren, but as its head brewer, Mr Ryan Witter-Merithew, was in charge of the previous version at his old job at Fanø Bryghus, I knew it would still be intense. The organisers obviously had clocked the epicness of this beer and put their most badass bartender on the pumps to dispense the tar-like liquid. He knew we had waited for this beer and gave us a knowing nod. We’d made the right choice.

There were no words needed at that point. We sat down and let the festival wind down around us as we drunk our sanctified imperial stout with a huge smile on our faces.

Liverpool Craft Beer Expo, you did yourself proud. 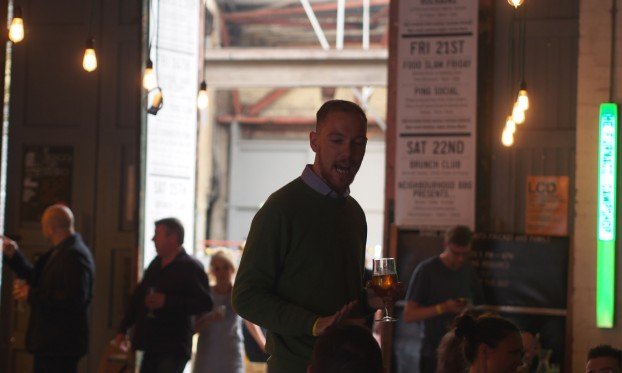 Words and photos by Josh Smith.