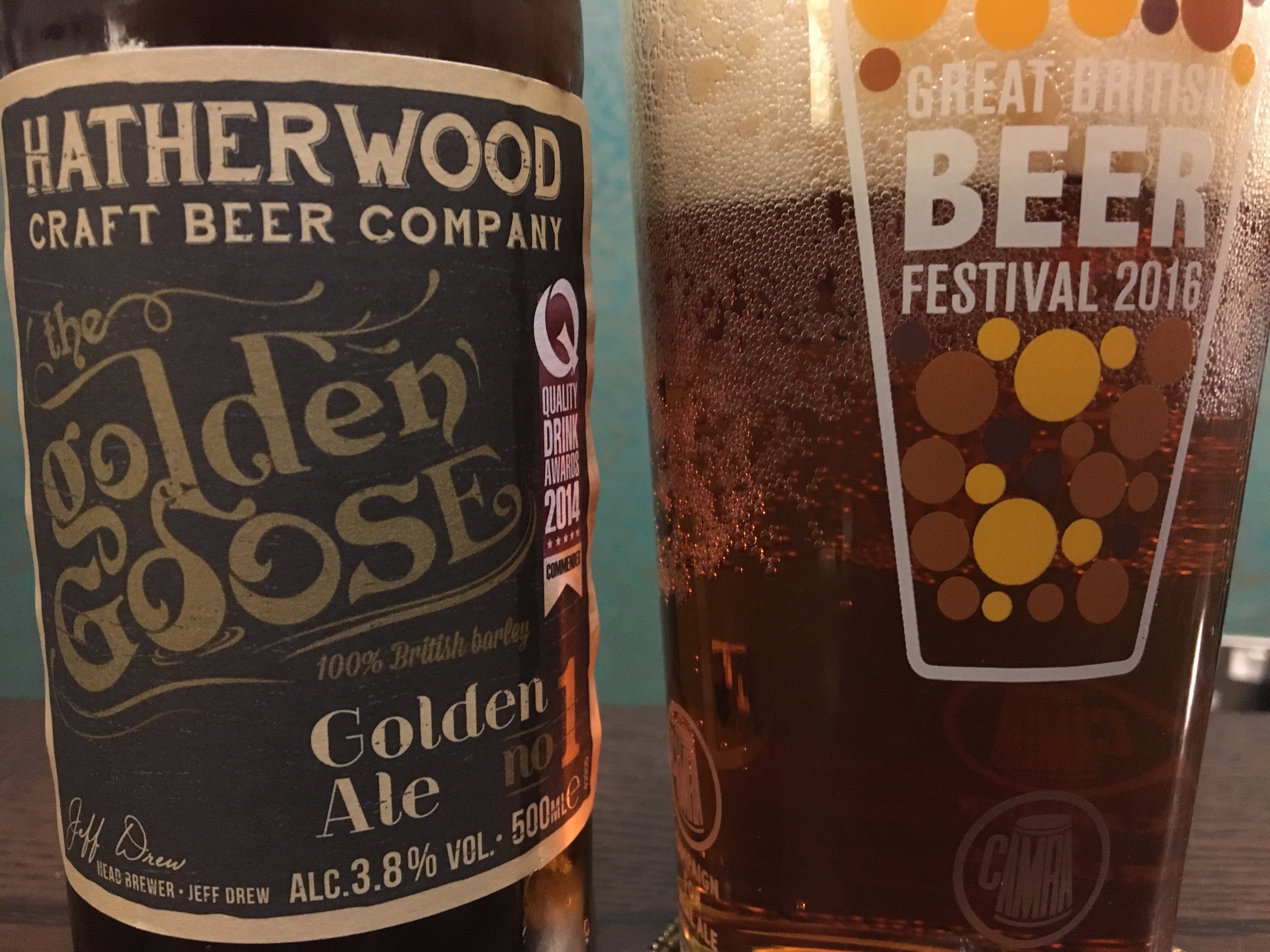 I have a healthy respect for Lidl’s wine buyers, but not so much for it’s choice of beers.

It consists of Spitfire, Bishops Finger, Newcastle Brown Ale and lots of lager I’ve never heard of. The plus side is that it is all dirt cheap!

But, even Lidl have got on the ‘Craft Beer’ bandwagon recently and released a range called ‘Hatherwood‘. These beers actually seem to be brewed by Marston’s, and perhaps Hatherwood is just some fictitious group devised by a marketing company.

Who knows, all I really care about is if it’s actually any good, and if there’s potential for them to at least introduce people to something other than palettes of cheap lager.

I do not have anything against lager by the way, I have drunk a lot of it, and it has its place!

All of these beers seem to be numbered on the cap, so let’s start with Number 1, the Golden Goose. I’d love to do them in order, but I think that will depend on the rather haphazard stock of my local store. 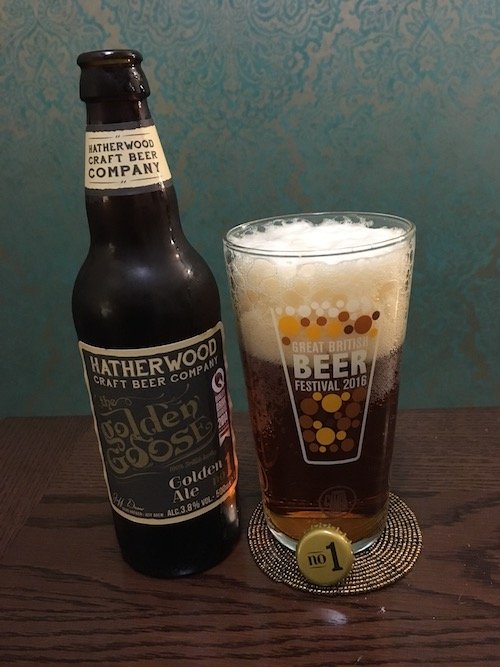 It pours clear and golden.

My first thought upon tasting was that it was thin, watery dishwater, with a mild bitter bite and malty aftertaste. But, having said that, it did improve when paired with a very good sausage and mash dinner, and I begun to somewhat enjoy it for what it is.

So, not brilliant, or interesting in any way, but for about 85p*, you cannot complain really if you just want a simple mid-week quaffing ale. If you are used to your American style IPAs you’ll no doubt hate it and pour it down the sink.

See also  A Visit to Beavertown's Taproom in Tottenham

So, brewed up in Burton-on-trent with Jeff Drew‘s blessing, apparently. Come on Jeff, for the higher numbers, lets have something special?

Has anyone tried the full range? What do you think?

** Edit: Since this post was written, I’ve still not seen a different beer from the Golden Goose and the Ruby Rooster in my local Lidl store.

By all accounts the IPA is the best….